There’s a reason why the price tag of the Prosche 911 GT3 RS starts at $175,900 today and it’s because the car is actually a track-oriented beast that will make your blood boil on a course like the Nurburgring. However, the car needs a capable driver to achieve that effect. Maybe someone like the man driving the BMW M3 in the video below.

In normal situations, the GT3 RS is not an easy car to keep up with. To do so, you’d probably need a $200,000 supercar, at the very least, something that isn’t up everyone’s alley. With a 4-liter, 500 HP engine under the hood that revs up to 8,250 RPM and a weight of 3,792 lbs (1,720 kg) this beast can reach 60 mph in 3.1 seconds also thanks to the 7-speed ultra-fast PDK gearbox. However, it’s not the straight line performance that’s impressive, but rather the way it keeps its balance around the track. 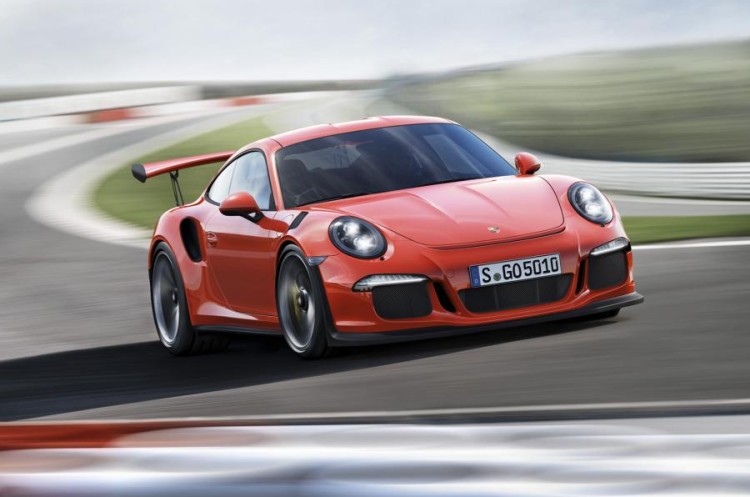 That’s also something BMW brags about with its M3 models. Being developed around the Nurburgring, they are set up to offer a fun time on the German track from the get-go. However, in no way are they created to keep up with monsters that are three times as expensive and purpose-built to be used almost exclusively on the circuit.

That doesn’t mean that enthusiasts can’t do something about it.

The car in the video belongs to the guys from Luke’s Customs who are specialized in going fast around the Ring. At the moment of the recording, a new suspension was being tested by one of the guys from the BTG (Bridge to Gantry) crew and it shows just how much damage this car can do in capable hands.

It’s funny to see how the driver of the Porsche fights to keep ahead of the E92 M3. It’s also quite obvious to see that he is somewhat of a novice, not knowing the track by heart as Lucian Gavris – the driver inside the M3. Unfortunately, we don’t don’t know the exact specs of the Bimmer but that really doesn’t matter as this is truly what you’d call a dogfight and it’s extremely entertaining to watch.