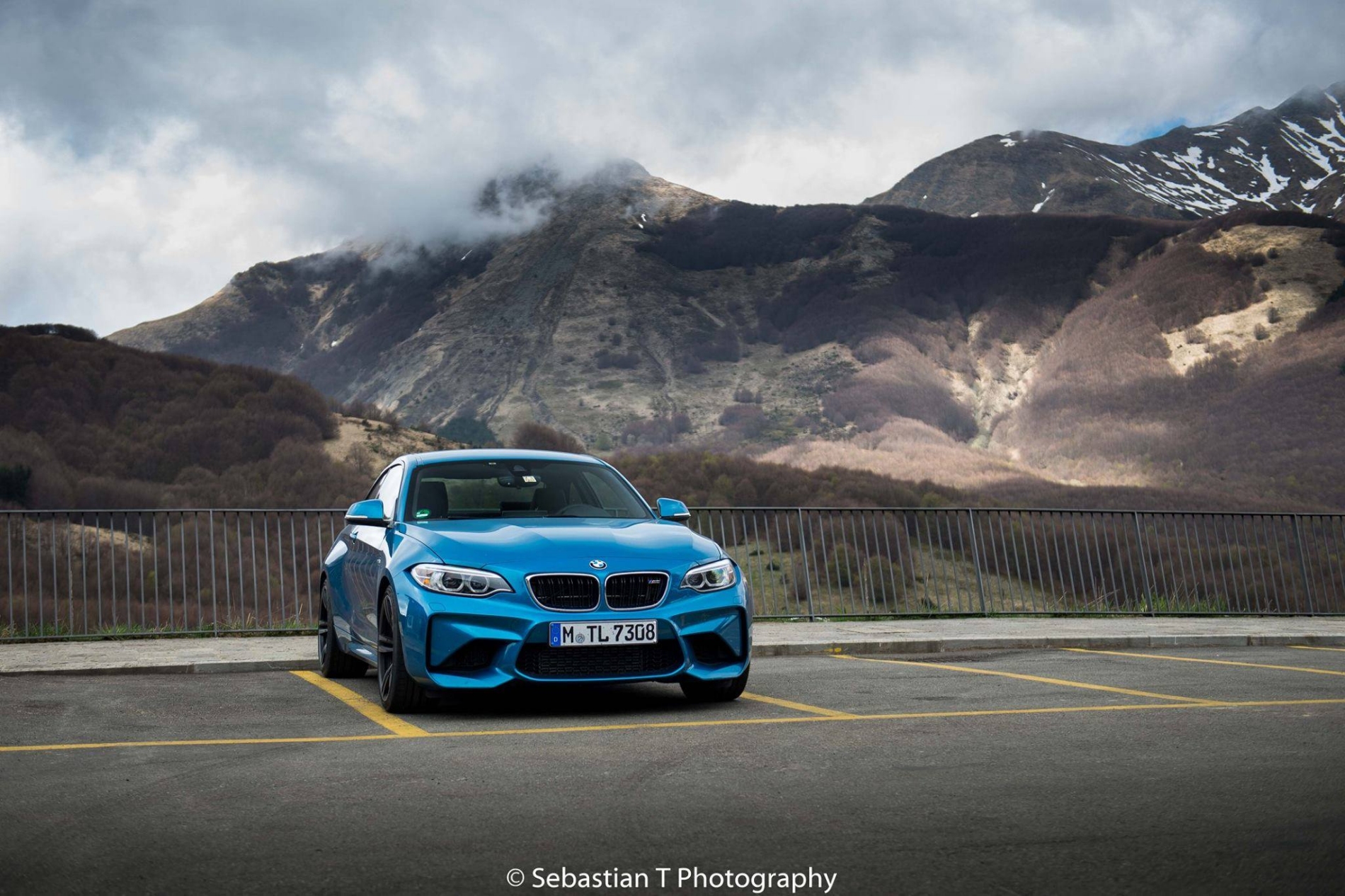 This is my initial review after 11 days behind the wheel crossing Europe. Many reviews have gone before me and many journalists have shared their opinion about the car to you guys, but none of them have really given you thoughts and input from the perspective of a future owner. In the next story, I am trying to give you that perspective and the input that allows you to have a different look at the new baby-M model.

The story shares the first initial impression from my end after having the BMW M2 for 11 days across Europe. The Long Beach Blue M2 available at my disposal was a press demo picked up in Munich and driven to Monaco via the Austrian and Italian Alps, the wonderful mountain roads near Modena and one of the best highways in the world which takes you from Genoa to Monaco. 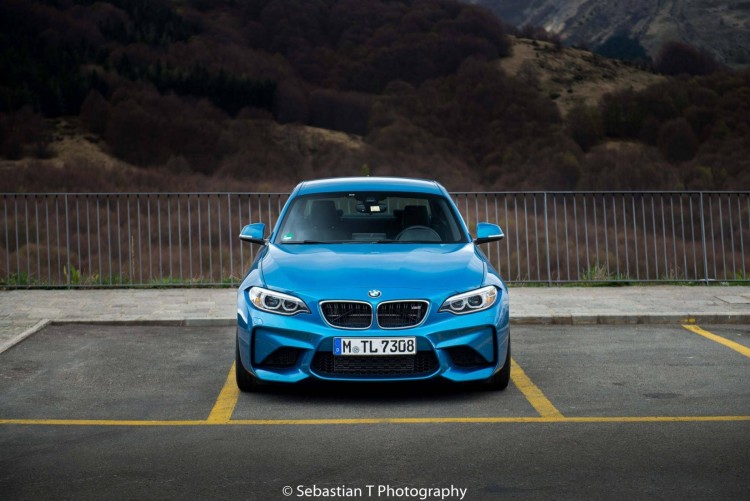 I am writing this story a day before I have to drop off the BMW M2 at BMW HQ near Munich, and only five days before my personal BMW M2 is delivered into my own personal hands. My car has been delivered to Czech Republic last week and the final preparations are being done before I pick it up.

My intention is to keep this story short and I will try to include some comparisons with the 1M, M235i, M4 and E46 M3. Before you all starting to reply, I have to mention first that the last time I drove a 1M was last year in the summer, the M4 in April of last year and the M3 e46 and M235i were driven in September of last year. So there was a bit of time between driving all cars. I hope to do a decent comparison of my M2 with a 1M in the coming months. 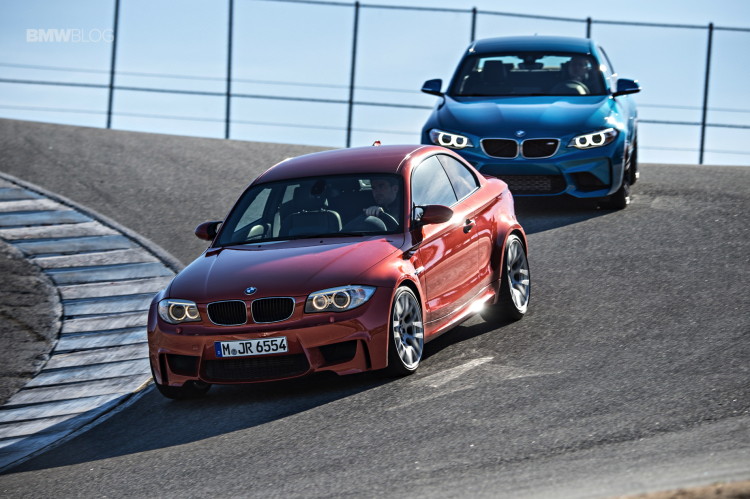 Let’s start with the highlights of the vehicle and touch on the pros and cons. First of all the exterior, there is not much that I can add to everything that has been said before. You all know it and we have been discussing the pros and cons over the past months in this forum. The only major concern I have are the plastic bits here and there, but we have M Performance Parts so we can change them if we want. Same goes for the silver everywhere which I will replace with blacked out parts.

The color is an interesting one. My first impression with the color was at a car show and on a X6 M. I did not like at all, but now that I have been around it for 11 days, the Long Beach Blue set up is a true hero color that fits to this car. Long Beach Blue acts like a chameleon, it changes constantly to a different kind of blue. Darker, lighter, more or less green in it. Amazingly, it changes a lot depending on the light around it and in a bright sun light it intends to be really vibrant. When the sun goes down, it becomes a lot darker blue. I never really spotted the green tint in it, not as much as I did during the car show and on the X6 M. All in all, in my opinion this is the best color choice. 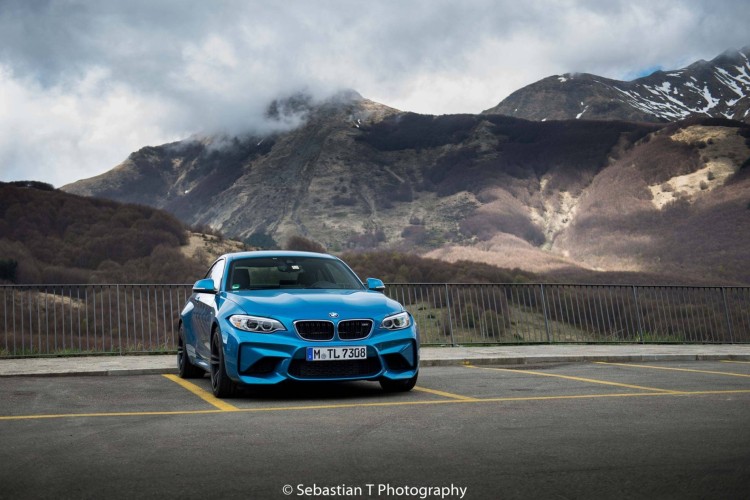 Also discussed many, many times, and from my end not much to discuss here, only little things. The overall package is fine and good. It is not too special and feels quite common BMW, but I do not mind that so much. It is what I expected and what I require. The only major point to note is the amount of road noise inside. It is much more than I heard with other cars. And if you want to make it different? Go aftermarket… The pedals are beautifully spaced and the seats are snug but comfortable. The center dashboard cluster with the speedometer and rpm gauge can be quite dark sometimes. I never had that problem with the 1M, but in certain light situations it is not as good readable as I had hoped. During the days I used the car I got used to it, but it was a point I noticed on the first day I drove it.

Another point is that I like to have my main beam lights on sooner. The auto light setting took a while to switch the lights on. I changed it to always ON and I leave it there. The ASD is only annoying in the Sport modes. The Active Sound it produces is crap, so I will have it disengaged. I just hate that system. Interestingly though is that I have less of an issue with that system from the driver’s seat. On the passenger seat it is much more noticeable, but maybe that is my way of focusing on sound then on the traffic around me. It is just a small point of difference which I noticed. The system itself is a lot better than in the M4, but still annoying enough to get rid of especially when you are going to swap exhausts. Other than that, not much to mention, seating for four is totally fine, boot space is big enough and the BMW navigation is as useless as any other in-car navigation system. Oh and do not order the annoying collision warning system.

Let’s move to the sound track of the M2. First of all, the sound on video is NOT the sound you hear in real live. It is totally different and the vehicle is way louder, a lot louder! There is nice rumble on release of the throttle and a nice slightly muffled growl from the exhaust on acceleration. Especially cold start is much better than I thought. The exhaust sounds great while driving, much better than the M4 soundtrack. It really fits to the car, but there is always room for improvement. I would like to have a better burble at lift off and during shifts, and a much higher pitched soundtrack at higher revs which is known to six-in-line engines. Down pipes and an aftermarket exhaust system will fix that. 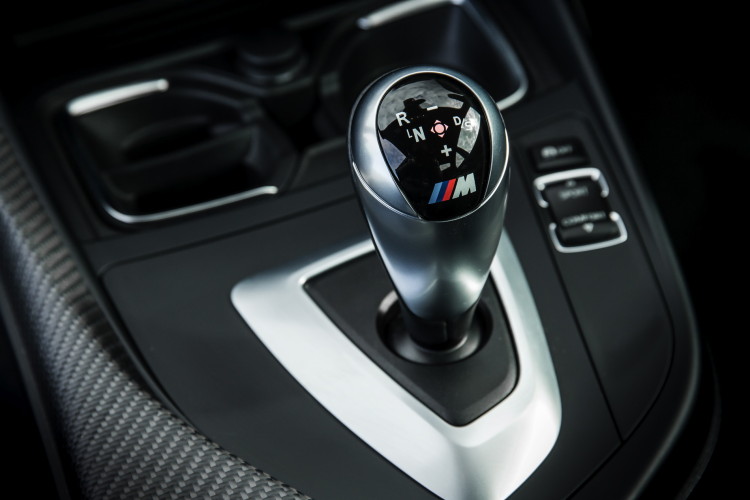 My personal highlights of the car is the powertrain. The power delivery through the DCT is brilliantly linear and direct. I have not driven the manual, only DCT, but it is fast, not superfast, but fast and climbs with ease to 250 km/h. No question about that! The throttle response is incredibly sharp and the electronically controlled rear diff pushes the rear end around in a predictable and measured fashion. The way the powertrain delivers the power and puts it down to the street is definitely one of the best features of the car. Changing the sports modes really gives you a clear difference between the gearbox modes and how it handles. Also it disengages start/stop in sport mode.

On the subject of brakes there is a wonderful paddle feel, and nice transition through the breaking momentum. The set up is really similar to the setup of the M4, although I drove most of the time in a M4 with the carbon ceramics so that is not really a fair comparison. I do not feel the need to upgrade to ceramics on the normal roads I drove. It all feels compliant and nicely controlled.

The handling is another highlight of the car. It sticks and handles excellently. The compliant behavior of the vehicle is remarkable. Keep your foot firmly planted on the go-pedal and on surfaces that would have unsettled almost any other performance car, the M2 sticks and sticks. There are no adaptive dampers and you do not feel any difference between the damping in normal or sport (you wonder why that is mentioned in the iDrive as a setting). The damping is exceptional, tracking straight and true no matter what road you drive. Overall it is hard, but not extremely hard and though. It is compliant and smooth in many ways, an excellent mix between honing it and cruising it.

All in all, the car feels small, but not too small. It really feels like the 1M and E46 M3, and it definitely feels smaller than the M4. You notice how nimble it is, but it is also not a small hatchback. It has a size and presence. The boxy nature of the setup is really similar to the 1M and M235i, although it handles a lot different from the M235i. There is a huge difference!

If there is a remark to make then it is the steering. The car uses the same steering rack as the M4, and as far as I know it is electronic. You feel the slight disconnected behavior of the steering. It is exactly the same problem the M4 has. It is definitely not bad, but it does not have the steering feel like a M3 e46 or a 1M. Those are better, although the differences are so small. I will have a proper look at it when I compare the 1M and M2 in the coming months.

If I have to choose a negative then it is the steering, but a really small negative. Before everyone starts a whole story about it in the comments. The steering is not bad, but it is not as good as the previous cars. It is just less communicative then those. The difference is really small, and the steering of the M2 is in the top among its competitors in current market, but if I had to find a remark (and that is hard) this would be it.

Let’s conclude my story and initial review of the car. The M2 is a mix between the compact set up of the M235i and 1M and the technical abilities of the current M4. You feel it everywhere in the car when you drive it. It is a bit like a mini-M4, and that is not a bad thing at all. You feel it is more a mini-M4 than a 1M, because the 1M was from a previous generation. It is definitely the new 1M with all the best bits from the M4, and with slightly softer, and more compliant and refined edge to it.

Overall, there’s a lovely balance to the car with strong front end grip and then easy, progressive oversteer that belies its short wheelbase. Combination of the handling and power delivery is what makes this car excel. The way it pulls you out of a corner into the next turn is addictive and something none of the other cars in this space have. The momentum it can carry is sublime. The powertrain and suspension set up are my immediate highlights. They make this car the ultimate two-door four-seat daily driver for true petrol heads and cornering enthusiasts. In its market space there is no better option to choose than this.

No car offers the sheer enjoyment and playfulness of the M2.