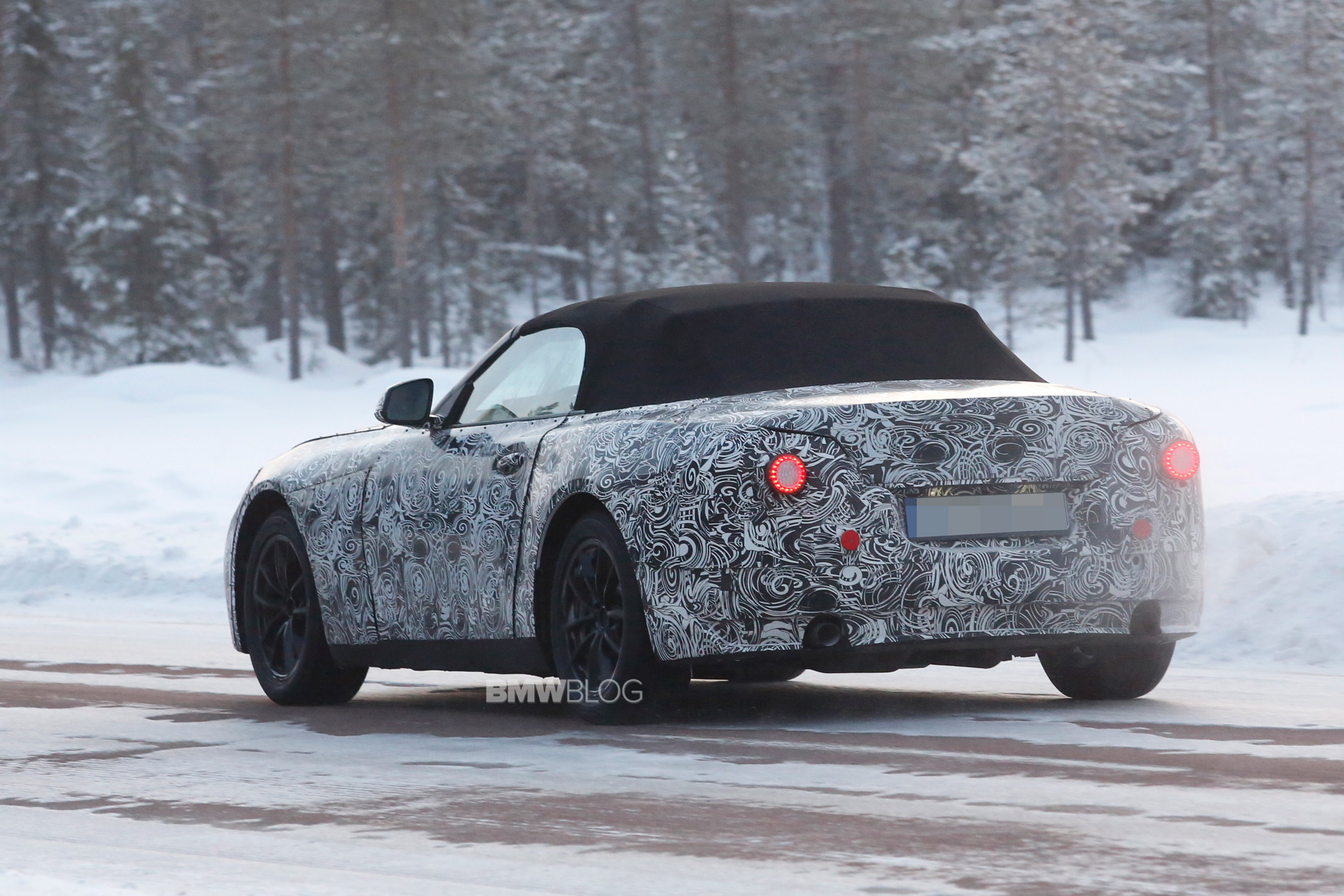 Before moving to hot weather testing, the upcoming BMW Z5 is going through its final testing trials in the Artic Circle. The heavily camouflage prototype still hides most of the design cues, the only clear detail is the new soft top. When it arrives in 2018, this will be the first model co-developed with Toyota which will make the production of this Z5 more profitable. BMW aims to reinvent the sports roadsters segment with a range of cars designed with a unique and avant-garde design combined with typical roadster proportions – long bonnet , short rear overhang and a very low driving position situated practically on the rear axle.

READ ALSO: All you need to know about the BMW Z5

The rumormill churns out that some of the design details will be inherited from the BMW 328 Hommage and Vision ConnectedDrive, so that will translate into classic roadster with futuristic design elements. Originally devised as a hardtop roadster as the previous Z4, the Bavarians have decided that the BMW Z5 should be offered in two body styles – a roadster with a canvas roof and a coupe, like the old Z3 coupe.

The BMW Z5 is built upon the new rear-wheel drive architecture introduce by the new 7 Series and will follow the BMW philosophy of lightweight construction by using aluminum, ultra high strength steel, magnesium, carbon fiber and thermoplastic. For example, the structural pillars and roof structure are made of CFRP.

Both Z5 models – Coupe and Roadster – will be equipped with BMW drivetrains, except for the hybrid version which has Japanese origins.