The BMW M2 stirred a lot of heated discussions both online and offline. Many believe that the baby M car is too close in performance to the more expensive and more powerful M4. Arguments for and against both are being debated intensively by enthusiasts, but in the end, they all seem to agree on one thing – they’re both really good cars. One area of debate is the exhaust sound. And this is a tricky one indeed because while they might sound the same at first, there are notable differences that make them stand out on their own. The M4 uses a proper M-developed engine, known by the codename S55 and it was developed based on the soon to be retired N55 powerplant. However, it has different pistons, different bore/stroke and a host of other changes done to it, to make sure it will be able to be reliable on the long run, while offering great performance.

When it comes to the sound, the architecture, cylinder size and bore/stroke measurements make a whole lot of difference. The S55 is a 3-liter inline 6-cylinder which means it will have a particular hum to it. And while it’s satisfying for most, others have claimed to be a bit underwhelming. 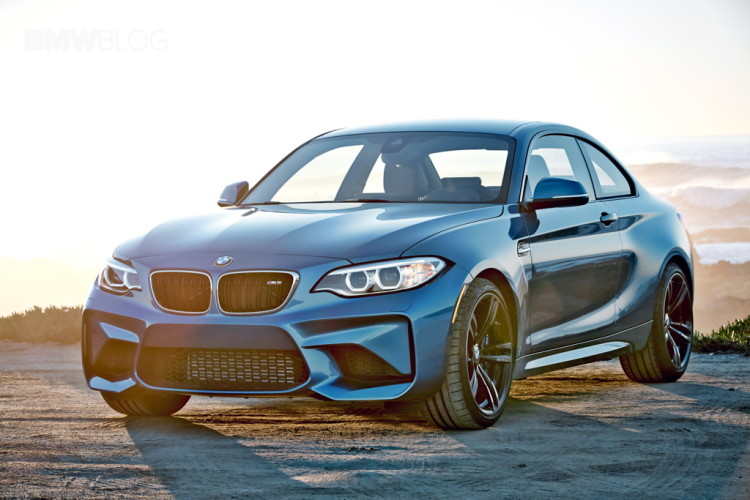 The M2, on the other hand, uses a reworked version of the N55 engine. Basically, it has the same engine block, with the same cylinders – and the same bore and stroke – but has had some reinforcements done to it, to provide more grunt than the standard version. It is now capable of delivering 370 PS and up to 500 Nm (369 lb-ft) of torque thanks to overboost. That’s an increase of 64 PS and up to 100 Nm (73 lb-ft) of torque compared to what the standard engine used to make. Therefore, in theory, the car should sound roughly sound the same as all the 335i and 435i models out there, only it doesn’t.

It has a different tone, mostly due to the exhaust system that was created especially to offer a better aural experience. In case owners aren’t satisfied with how the cars sound in standard guise, they can order the M Performance exhaust that takes things to a new level altogether. So, how does the M2 compare to the M4 when both of them are equipped with this expensive optional add-on?

The video below will offer a pertinent comparison.