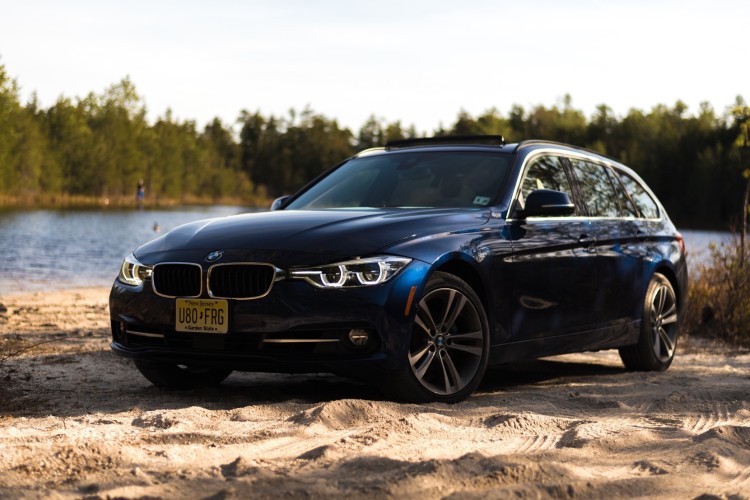 America’s disdain for the sporty wagon has been long documented by this publication, as well as countless others, over the years. We won’t get into it in detail now, as it’s been covered ad nausea, but the gist of it is that Americans would prefer to buy small crossovers, like the BMW X1, over sporty wagons, like the BMW 328i Sports Wagon. Now, I’m a pretty open-minded guy who’s willing to listen and try and understand all opinions. But for those who think that crossovers are better than wagons, they simply aren’t.

I’m not saying that blindly, either. While I rant and rave about wagons, and how they’re great, all the time, I decided to put my money where my mouth is and test one out for a week and put it through the sort of work that crossovers are typically known for doing. 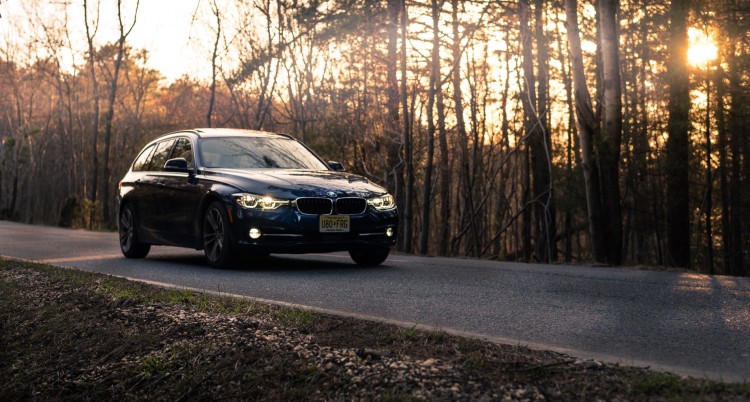 So BMW was gracious enough to lend me a 2016 BMW 328i xDrive Sports Wagon for a week to test it in all sorts of different environments. It went through your typical suburban driving, a countryside road trip, a family-packed adventure and even some light off-roading. That’s right, I said off-roading in reference to a BMW 3 Series. And through the myriad of tests, one unanimous answer kept recurring — the 328i xDrive Sports Wagon is better than crossovers.

First, let’s talk about the car itself. My tester was equipped with a Mediterranean Blue Metallic paint option as well as Oyster Dakota Leather interior and the Style 397 Double-Spoke wheels. The color combo looks really good in person and the Mediterranean Blue is becoming a favorite of mine. But for wagon duty, I’d stick with black interior as the Oyster leather, while great looking, can get dirty quite easily and wagons are supposed to have an air of utility to them. While an M-Sport package or Track Handling Package might have made the wagon look better, it was still a good looking car that received compliments wherever it went. I even had a gas station attendant compliment it and ask a bunch of questions about it.

Also equipped on my tester was the Premium Package, which added the Comfort Access system, lumbar support and satellite radio, the Cold Weather Package, the LED Lighting Package, Driver Assistance Plus Package and the Technology Package. It even had the Harman Kardon surround sound system and rear sunshades equipped. This all brought the sticker price to around $56,000, which is quite a lot for a 328i, but it had nearly every single option box ticked and I could live without half of them. The Cold Weather Package and Technology Package are a must for me, but I’d get rid of some of the others for the M-Sport package and be a happy guy.

The ubiquitous ZF-sourced eight-speed auto is excellent as usual, perfectly shuffling gears in automatic mode and responding quickly and smoothly in manual mode

BMW only offers one gasoline engine option for the 328i Sports Wagon, BMW’s familiar N20 turbocharged four-cylinder engine with a 2.0 liter diesel also available. An eight-speed automatic is its lone transmission option and xDrive all-wheel drive is standard. There is no rear-wheel drive variant of the Sports Wagon, which is kind of a bummer, but the xDrive system is quite excellent, so no harm done. The N20 turbo-four isn’t BMW’s latest, but it’s a gem of an engine. Developing 240 hp, the 328i Sports Wagon is capable of 0-60 mph in about 5.8 seconds, which is just a touch slower than the rear-wheel drive sedan, and has an electronically-limited top speed of 128 mph.

But numbers aren’t the whole story here, as the little N20 engine provides smooth and instant thrust that’s more than capable of putting a grin on your face. It also returned an average of around 25 mph, which isn’t bad considering it wasn’t driven kindly…ever, really. It even sounded pretty good. The ubiquitous ZF-sourced eight-speed auto is excellent as usual, perfectly shuffling gears in automatic mode and responding quickly and smoothly in manual mode. BMW’s new B58 3.0 liter turbocharged inline-six is the better engine and we wish it was available in wagon form, as it makes a significantly better noise, is smoother than James Bond in Casino Royale and delivers M-worthy forward thrust. But, sadly, the silky-six isn’t available with a long-roof, so the N20 turbo-four will have to do. But that’s no deal breaker. 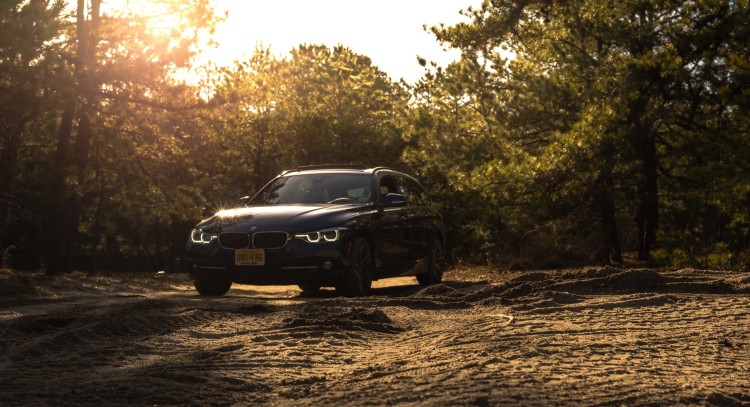 During our journey together, the 328i Sports Wagon and I became the best of buds. My wife and I took on a couple of journeys, a small road trip and some family-packed adventures, as previously stated. During our road trip, we ended up down some windy narrow roads which required some rough dirt and sand driving to continue. Having a low-riding 3 Series, we weren’t sure if we should turn back or not but we decided to put the little Bimmer to the test and give it a go. To our surprise, not only did the Sports Wagon survive, but it did it effortlessly.

The xDrive all-wheel drive would shuffle power to the appropriate axle, constantly giving us the power necessary, and the all-season Pirelli Cinturato P7 tires surprisingly pulled us through. In some deep sand, it required a bit of shuffling back and forth, but we never got stuck, not once. Through patches of dirt road, littered with what seemed like small craters, a slow approach and careful wheel placement allowed us to pass with nary a single scratch, scrape or bump. Even the front side-view cameras became useful, as they showed us where pointy rocks or dangerous drops were on the nav screen at low speed, almost like a Land Rover.

When back on open stretches of tarmac, the 328i Sports Wagon really came alive, as it’s an excellent long-distance cruiser. The little 3er wagon ate up hundreds of miles with comfort and ease. With the suspension set to Comfort, the N20 engine humming quietly in eighth gear and being unfortunately barraged with ’90s-on-9 satellite radio, the 3 Series Sports Wagon turned into a little luxury car.

But when the roads got shorter and twistier, the 328i Sports Wagon showed that it’s still a 3 Series and turned back into a sports car. BMW revamped some suspension and steering bits for the 2016 LCI update of the 3 Series and it shows. While the steering is quite vague, as are all modern sports cars, it was accurate as ever and easy to place on the road. The xDrive constantly sending more power to the rear wheels helped the Sports Wagon feel more rear-driven than not, which was a welcome feeling during some spirited driving, with very little understeer and even a tendency to rotate a bit with the traction control off. While much has been said about BMW losing its way, this 3 Series shows that the Bavarians still know how to dance.

However, I did have one gripe about the way it drove. Personally, I think that BMW’s different driving modes are a bit useless, as there’s never really a Goldilocks setup that feels perfect. In Comfort mode, the steering is the most neutral feeling in and probably the most accurate, but it’s also way, way too light. Get into Sport mode and the steering weight amps up, but it feels unnatural in doing so. In Sport, the steering becomes overboosted and twitchy and it lost the neutrality that it had in Comfort. In Sport Plus mode, the same problem arises, except exaggerated, as the steering becomes so twitchy that it’s almost like an on/off switch. I wanted more steering weight from Comfort and a more neutral feel from Sport and Sport Plus.

Having said that, the 328i Sports Wagon is genuinely a great car overall

But I could just never figure out which I liked more. BMW should just make one perfect steering setting and stick with it. I know, customers want customization and more modes and yada, yada. But great steering is what put BMW on the map and I feel as if the brand is getting away from that in the name of customer appeasement, in its non-M cars. I recently heard that BMW can make its electric power steering just as good as its old hydraulic steering, but its customers don’t want it that way so BMW doesn’t make it that way. I’m here now, BMW, telling you that we do want it that way. 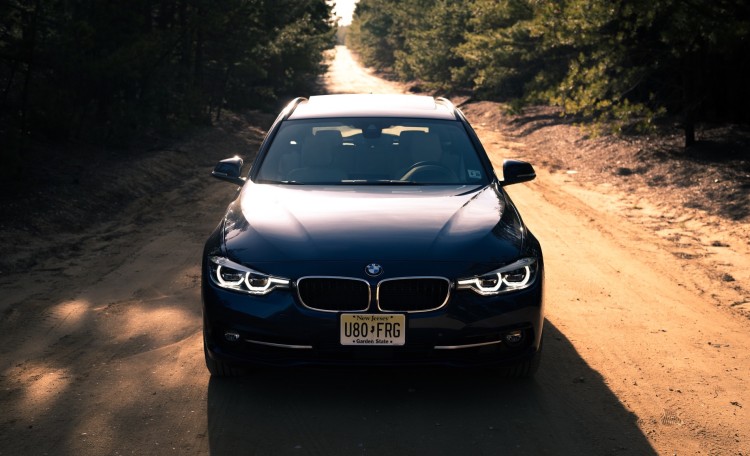 Having said that, the 328i Sports Wagon is genuinely a great car overall. It may be a bit expensive, but it can be all things to all people. There isn’t anything it does poorly and it can do anything you ask and do it well. The BMW 328i Sports Wagon is easily one of the best all-around cars on the market, as it blends comfort, performance and practicality into one effortless, good looking and premium feeling package. Americans flock to crossovers for their supposed ability to do the very same thing, but none of them can do it as well as the Sports Wagon can. So to finally answer the question, yes, wagons are better than crossovers and the BMW 328i Sports Wagon proves it.

The BMW 328i Sports Wagon is easily one of the best all-around cars on the market, as it blends comfort, performance and practicality into one effortless, good looking and premium feeling package.

BMWBLOG Test Drivesfeatured
Previous post Report: BMW Will Stop Offering Manuals On The M5 and M6
Next post BMW Z8 Gets a Checkup, We Get to Check It Out