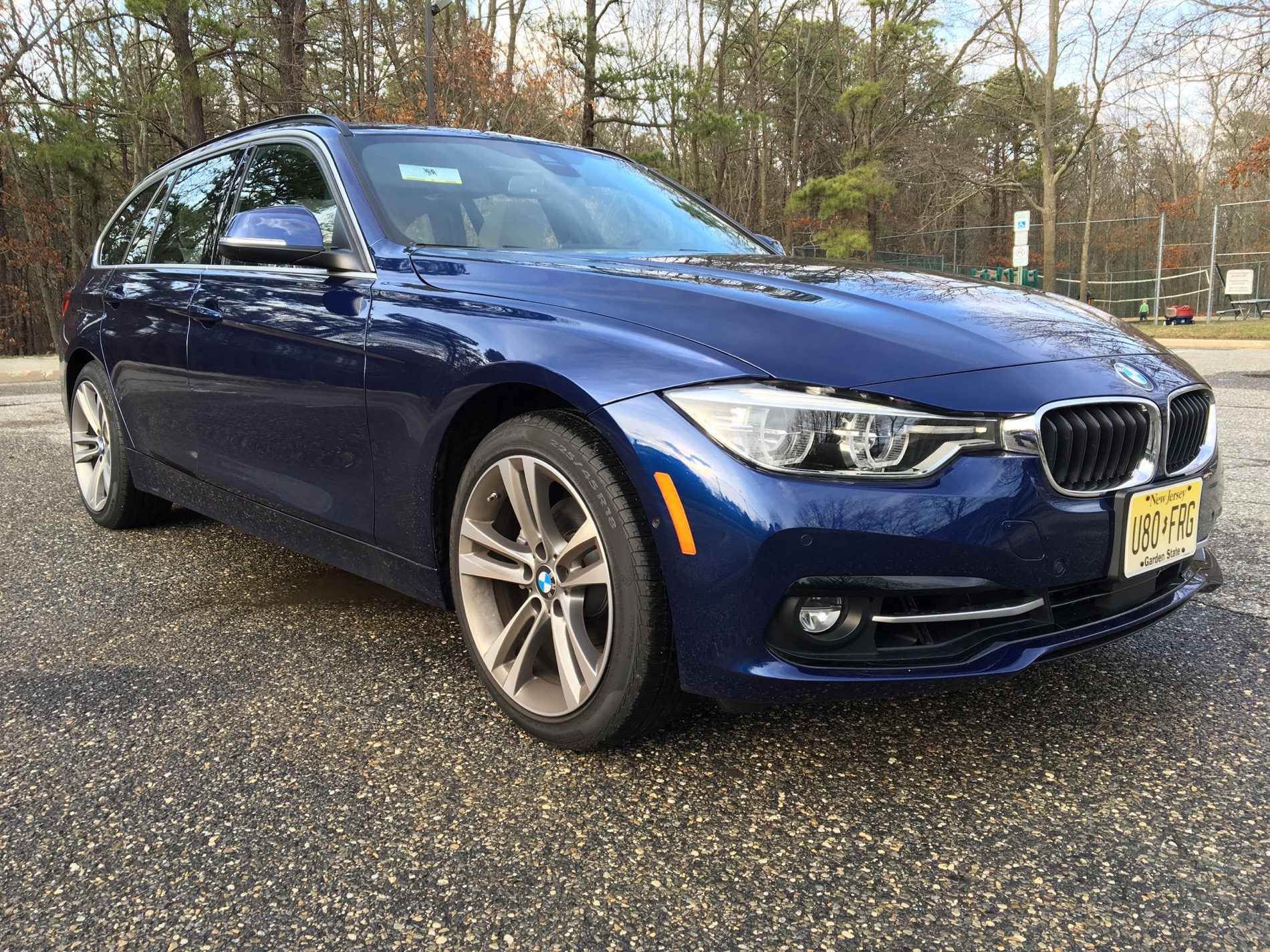 Many of us car journalists bitch and moan about the lack of sporty wagons sold in America. We like wagons, us gearheads, for their ability to blend both sports car performance and family car practicality into one vehicle. Unfortunately for us, the small crossover has warped the minds of Americans to believe that they are the best blend of performance and practicality, not the wagon. This has led Americans to buy swarms of these crossovers instead of the more fun-to-drive wagons and us car enthusiasts are upset about this.

However, we only have ourselves to blame, because if we want them so bad we should buy the few that are here, prompting automakers to then realize their value on the market. But we don’t buy them, we bitch and moan about them not selling well over here and then continue to be part of the problem. So we’ve decided to put our money where our mouths are and try out a BMW 328i xDrive Sports Wagon. 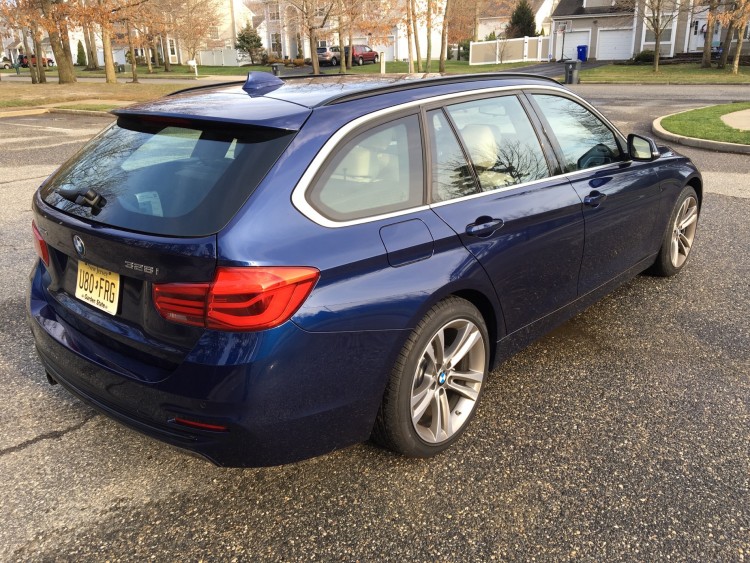 So this is my companion for the week, a post LCI 2016 BMW 328i xDrive Sports Wagon in Mediterranean Blue with Oyster Dakota Leather interior. In pictures, the Mediterranean Blue color doesn’t look all that special, but in person it has really sold me and I like it quite a lot. The Oyster interior is really rather lovely and looks fantastic, however, seeing as this is supposed to be a practical car, the light Oyster color might not be best choice as it will get dirty and gross quite easily. Black is the way to go.

The 328i xDrive Sports Wagon comes with BMW’s N20 2.0 liter TwinPower turbocharged four-cylinder engine, making 240 hp and it’s mated to an eight-speed ZF-sourced automatic gearbox with paddles shifters. All post-LCI 3 Series’ now come with sport seats and the sport automatic gearbox as standard and are no longer options. Our test car is equipped with the Cold Weather Package, Technology Package, Premium Package, the Harman Kardon surround sound system, the 18″ style 397 wheels and even the rear sunshades. This thing is crazy loaded and its price tag is pushing $60,000. That’s a lot for a 328i wagon. However, many of those options can be foregone and you’d still have a superb car. Plus, this wagon is making a very good case for itself being worth that kind of money. 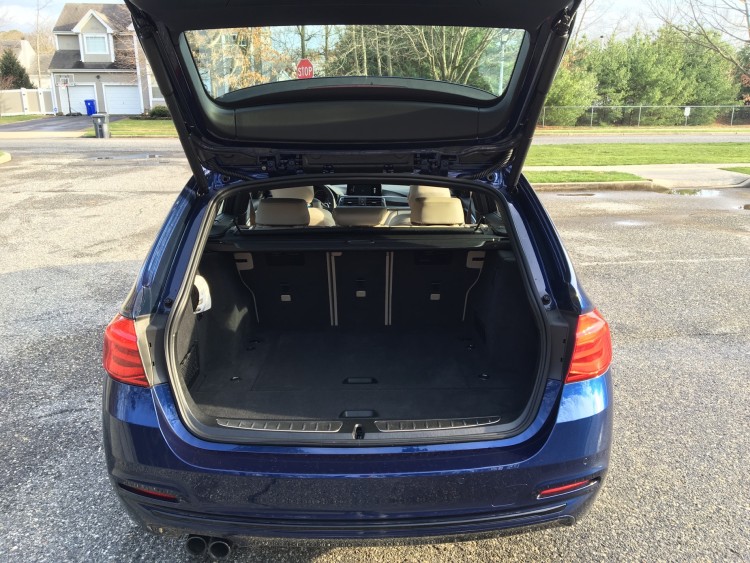 In just the day that I’ve had it, it’s already swallowed up luggage, groceries, a dog and multiple passengers with ease. The trunk is more capacious that I had anticipated and the ability to just open the rear glass instead of the entire tailgate is a welcome touch. It’s a very practical little car, one that can easily double as a family car and rid the necessity of a crossover. But it’s also a fun little performance car that’s genuinely smile inducing. BMW’s new B48 engine is also a gem, with great power and performance that’s even accompanied by a nice engine note, regardless of however much of it is artificially produced by the speakers. We haven’t yet had a chance to put its handling through its paces, but so far the work BMW has done to the 3 Series for its LCI treatment has helped the steering feel a bit sharper and more engaging than before. 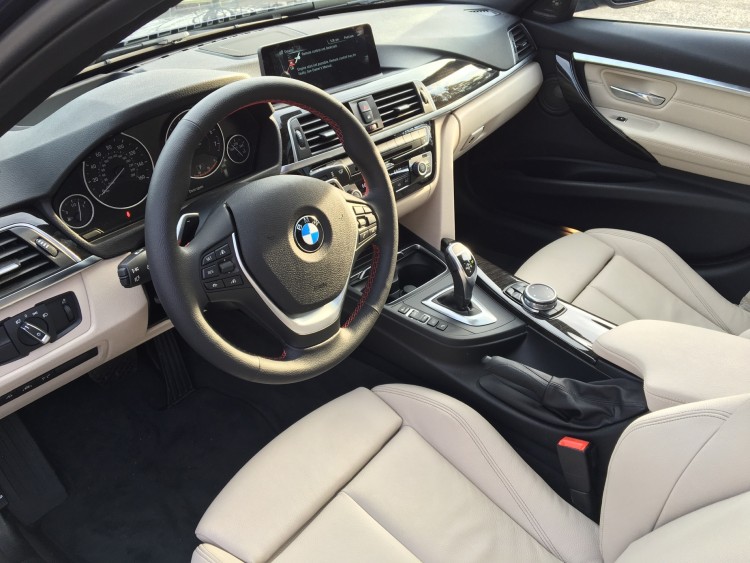 Over the course of our time with the little 3er wagon, we will be taking it on a long roadtrip through some excellent back roads, as well as testing its practicality and performance. We really intend to dispel the stigma that follows wagons in America by proving that they can be both fun and practical while still looking cool. Our 328i Sports Wagon looks great, drives great so far and should prove to be more practical than I could ever need. So we’ll keep you posted on its adventures and how well it holds up.