We get more details of BMW’s Vision NEXT 100 Concept 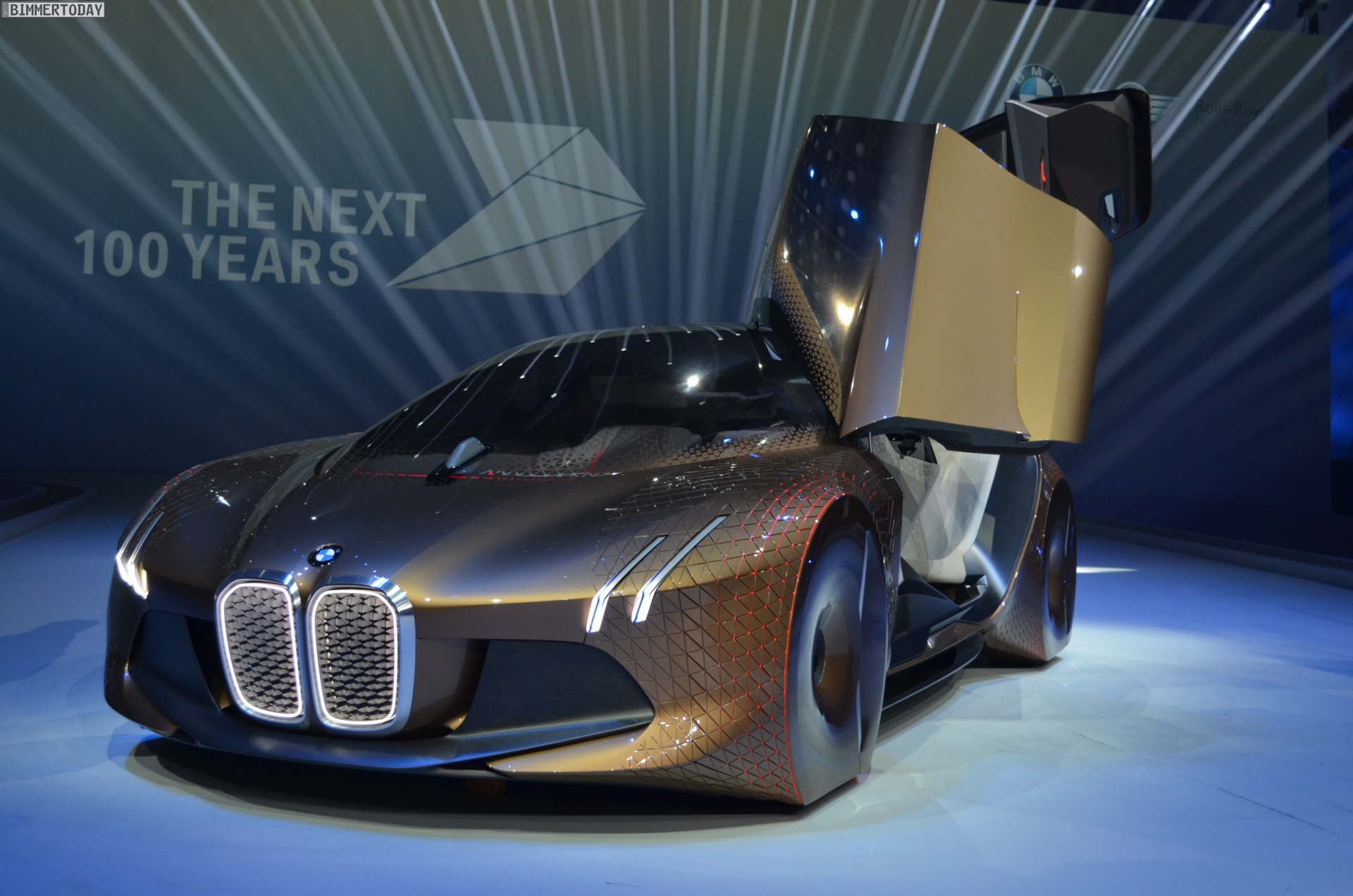 When BMW unveiled its Vision NEXT 100 Concept, in honor of the brand’s 100 year anniversary, it stunned with its groundbreaking design and futuristic technologies. It was like something out of Minority Report, with flexible skin-like material over the wheels and impressive autonomous technology. However, all we were able to see was the concept as a static object. Now, we’re able to see some of it in action and it’s very impressive.

The main focal point of the NEXT 100 Concept was its flexible wheel covers, that are able to flex around the turning wheel. In this video, we get to take a look at that feature in action and it’s very cool, indeed. Apparently, it works by using a bunch of different rods and actuators that are more complicated than they are useful, but this is also just a concept and this sort of technology isn’t likely to be implemented any time soon, if ever at all. But it’s certainly impressive to behold. 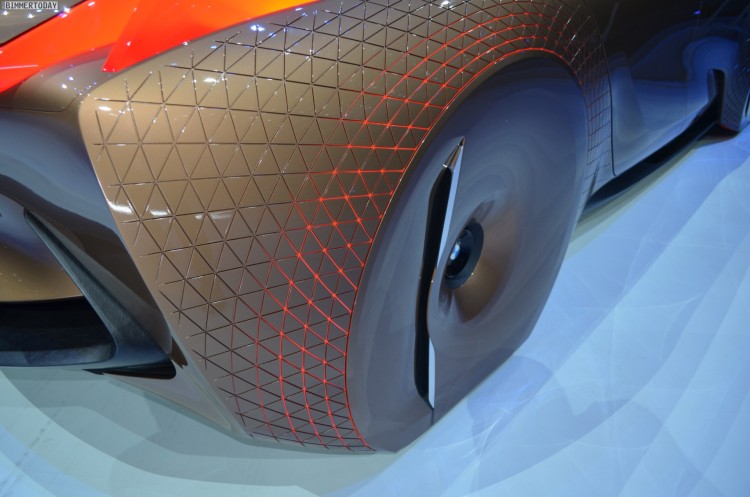 One of the other interesting aspects of the NEXT 100 is the interior, which we now get a closer look at. It’s almost vegan, as nearly all the materials are made from other recycled materials and there is no animal hide whatsoever. The only animal product in the NEXT 100 interior is a bit of cashmere wool, but that isn’t made by hurting an animal, so it’s a car vegans could get behind.

But my favorite part of the Vision NEXT 100 is the advanced HUD. BMW is envisioning a Head-Up display that incorporates the entire windshield, but that isn’t the good part. BMW wants to implement racing lines onto the road ahead of you, via its HUD. That’s flipping cool and would be something I would want. Now, racing lines would likely cross over lanes into the other side of traffic at times, as that would be the fastest way to get around corners, but BMW is trying to remedy that. In the future, BMW is predicting, that roadways and cars will be interconnected and cars will know where other cars are on the road, so the NEXT 100’s advanced HUD would know if oncoming cars are approaching within 500 feet and would alert the driver so as to not cross over. It’s clever stuff and would be genuinely fun. 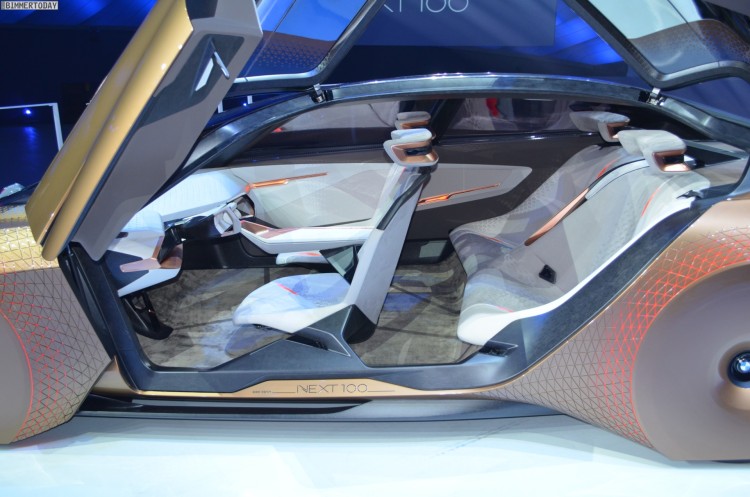 The BMW Vision NEXT 100 is a really cool concept, one of BMW’s best, but most of its technology is not likely to be seen for a very long time, if ever. And that’s disappointing. However, it is showing a willingness by BMW to actually make some serious changes in the way we look at the automobile. Using tech like flexible body skin, advanced Head-Up display technology and interiors that are developed using entirely recycled resources make the NEXT 100 a car for the future. Hopefully the cars BMW actually does put out in the future are as ambitious as this.