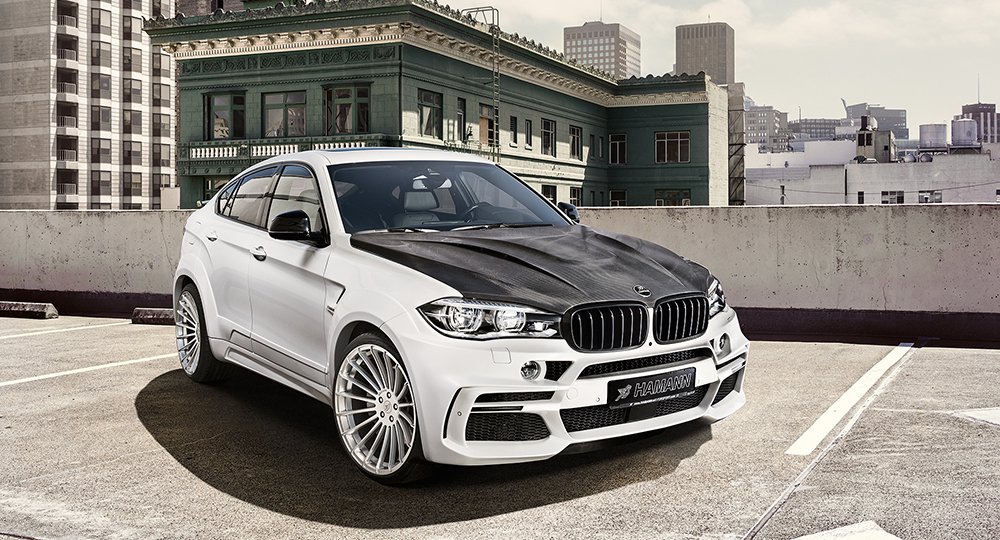 German tuner Hamann unveils their tuning program for the tri-turbo diesel BMW X6 M50d. The first iteration of the tuning program was unveiled last year at the Geneva Motor Show, but this latest iteration brings new updates. The beefy-imposing appearance of the X6 gets an unmistakable Hamann-based fine-tuned complete wide body package.

An eye-catcher is the carbon crafted ultra-lightweight hood with a raised “power dome.” This “power dome” leaves no doubt of the power found under the hood. The ultralight hood weighs only 10.5 kilograms. 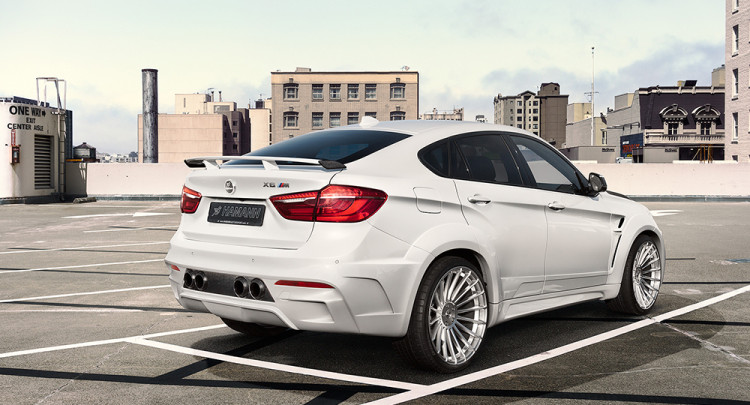 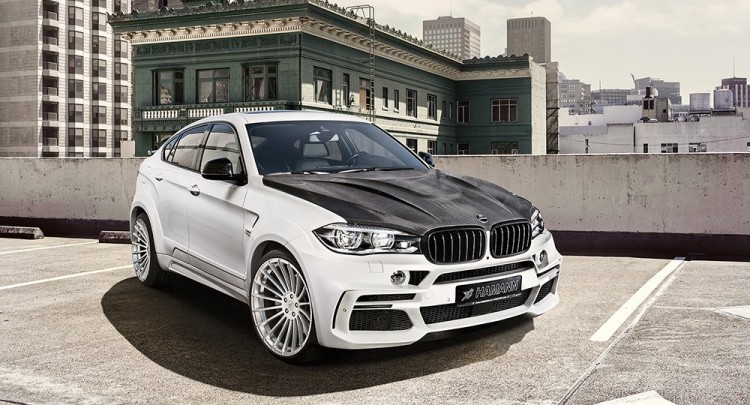 The BMW-kidney” has also been updated to match the aggressiveness of the redesigned front spoiler. The side body transformed by Hamann features wider fenders that fit snugly around the body. Behind the angular contours of the powerfully shaped front wings, newly designed vents were integrated by Hamann.

The “widebody kit” makes the X6 M50d grow by a total of 12 centimeters in width. 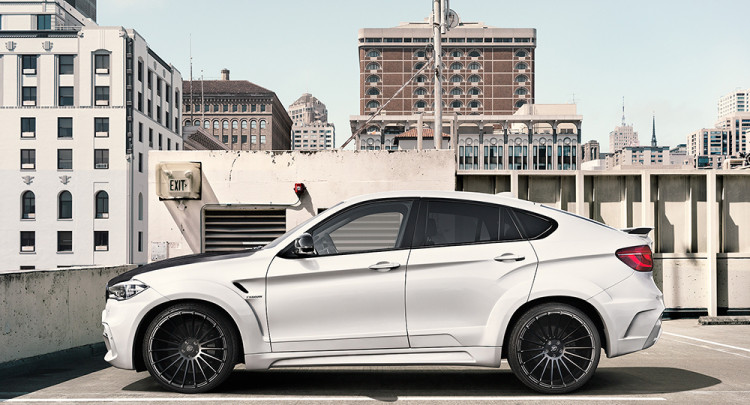 Polyphonic profiled door panels and side follow the lines of the front fender to the widened wheel housings of the rear axle. A particularly sporty statement is made by the the elegant rear wing made of carbon fiber. 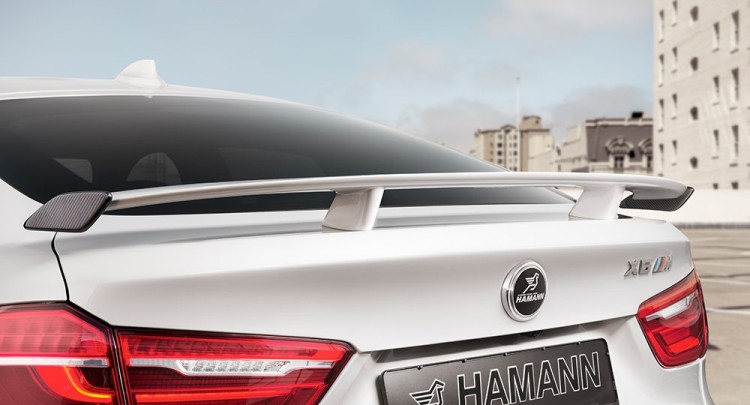 This self-confident design upgrade cannot stand on its own, so the engineers at Hamann worked hard to match the car’s looks with adequate power. The tuned BMW X6 M50d produces up to 462 hp – 79 hp more than the standard model – and a brutal 890 Nm instead of 740 Nm of the production model – between 2,000-3,000 rpm/min.

Even the active sound gets a Hamann upgrade. The X6 M50d features a networked amplifier with two high-performance sound actuators that provide an impressive “V8 sound.” A sports exhaust system made of stainless steel further enhances the sound. The exhaust system has two rear silencer with twin pots and four tailpipes of 89 millimeters in diameter.

In terms of design and driving dynamics, the 23-inch alloy wheels “Anniversary Evo” play a major role and are offered in Black, Silver or Hyper Black. The one-piece sports wheel in multi-spoke design are wrapped in high-performance tires – 315/25 R23.

Further optimization in terms of driving dynamics was achieved by Hamann with a set of sport springs that have been tailored to the axle loads and the high performance level of the crossover. This will lower the center of gravity of the car on the front axle to 45 millimeters and on the rear axle by 30 millimeters.

In the interior, Hamann includes sports pedals and LED laser door entry lights that project the Hamann logo on the floor. 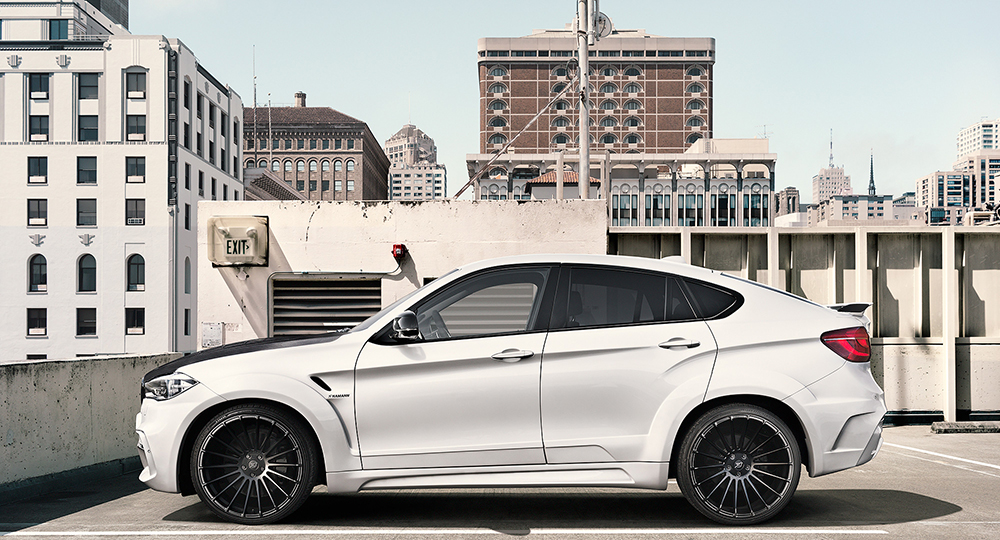 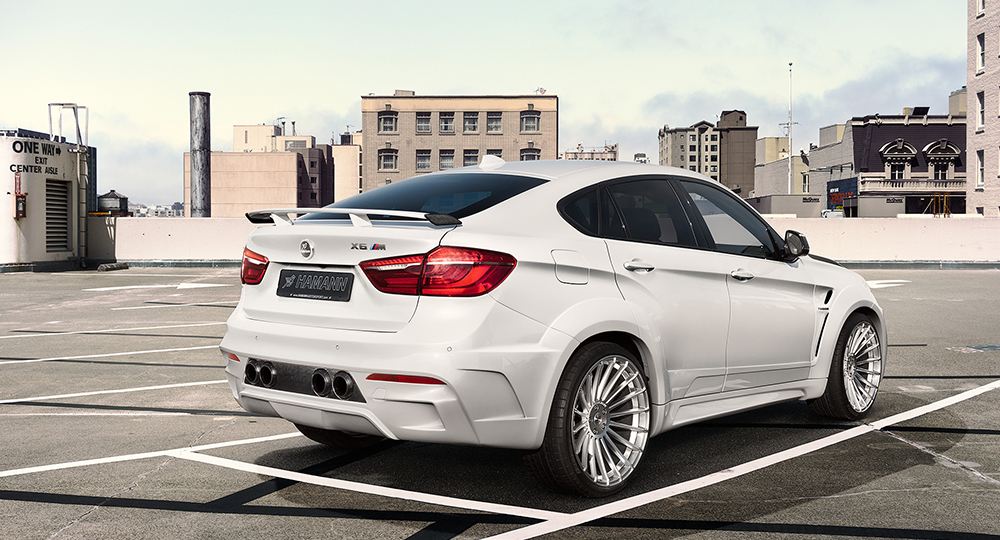 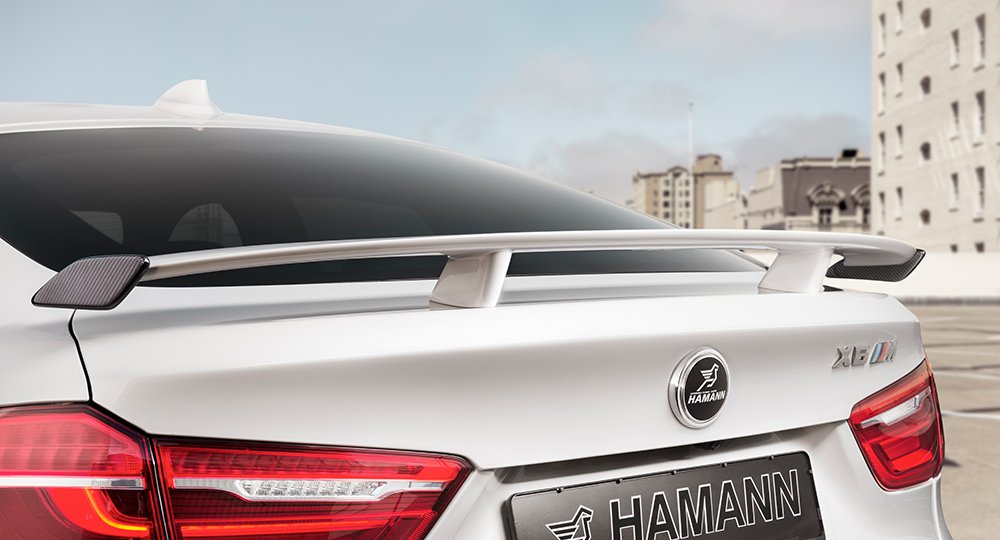