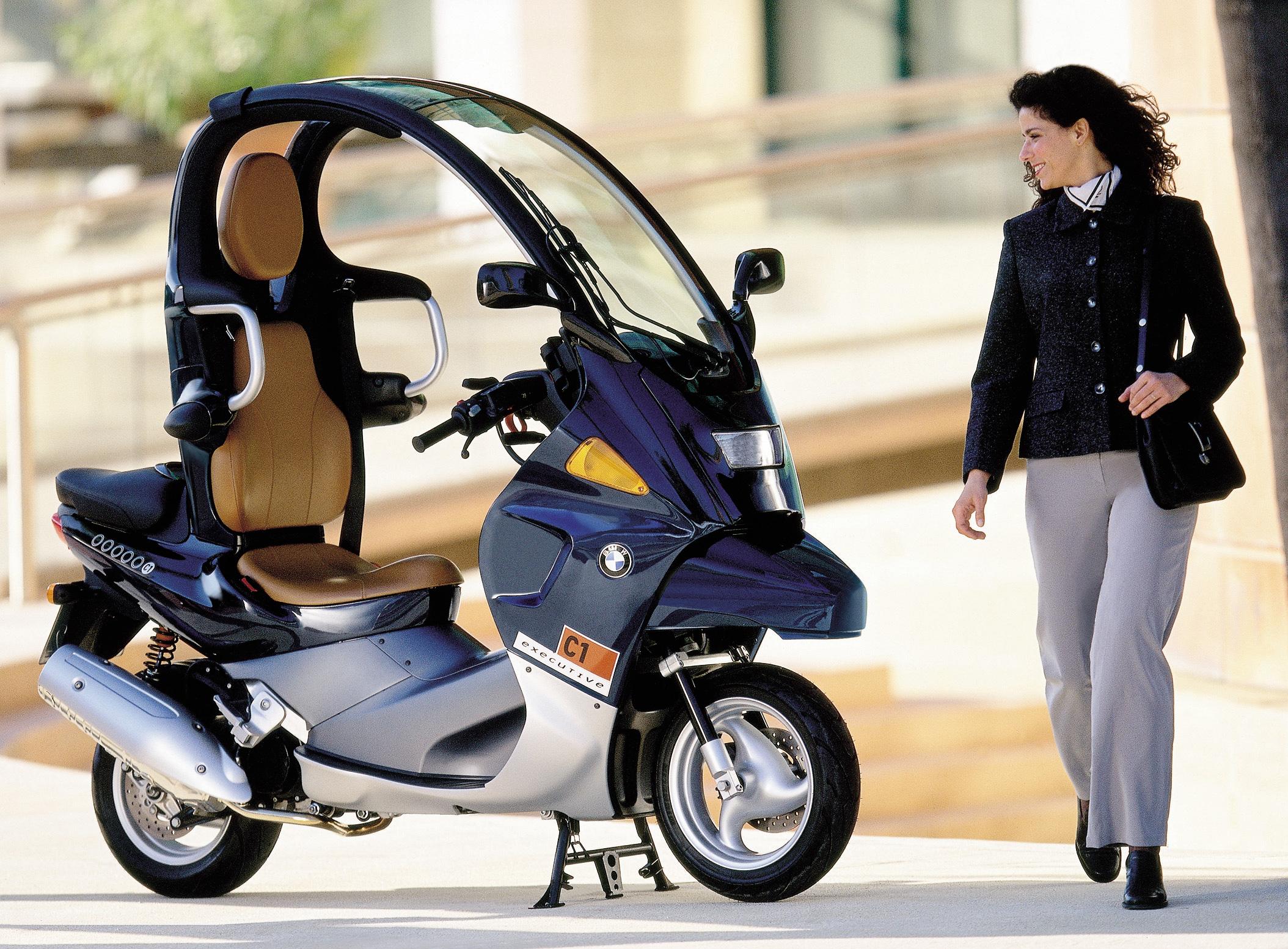 In 2000, BMW Motorrad introduced a new scooter which the Bavarians hoped would revolutionize urban mobility. The vehicle, dubbed the C1, was a commercial flop but as urban congestion increases, could the C1 be viable if its core concept was revisited in the future?

The C1 was intended to be somewhat of a mutt, maintaining the best attributes of its inspirations. Built by the Italian firm Bertone, the small displacement scooter was ideal for urban transportation but typically scooters offer conducive maneuverability and fuel-efficiency with great compromise. Being exposed to the elements entirely and increased risk of injury in the event of a crash are just two examples of compromises as opposed to riding in an automobile. 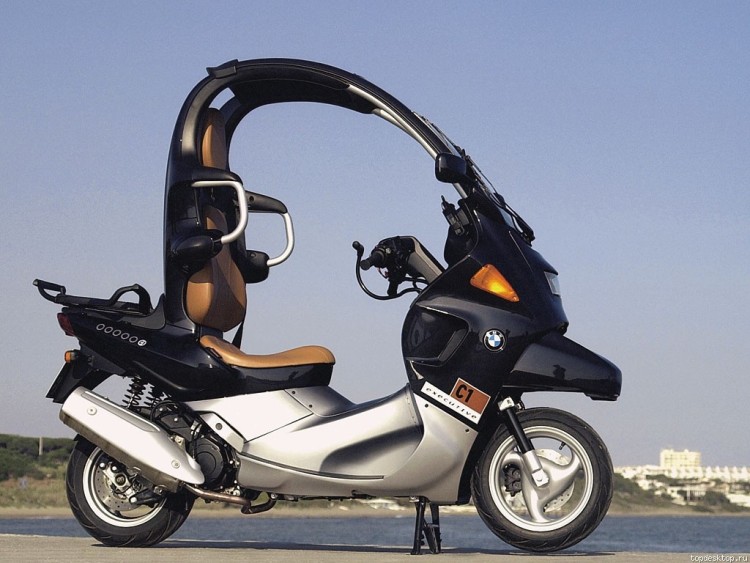 The C1 was different. It had a partially enclosed cabin providing a roof which assisted in shielding against inclement weather. Much like a GEM car but as a single seater and with two fewer wheels. According to BMW, the C1 offered comparable accident protection to a European compact car in head-on collisions. The machine’s front crumple zone combined with an aluminum roll cage and a racing style seat belt set the C1 apart from the competition. The C1 was so safe, in fact, that many countries granted BMW’s request that C1 riders be exempt from national helmet requirements. Both the UK and Sweden, however, declined to exempt C1 riders. 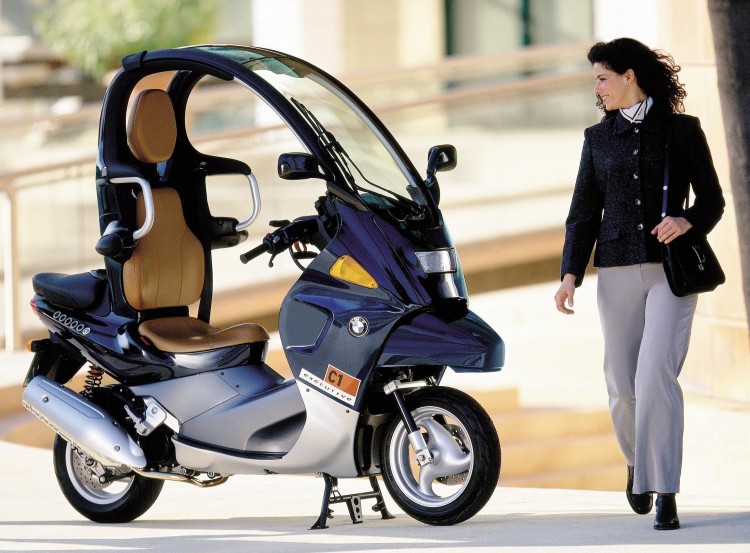 The C1 was initially intended to be sold in the States as well but BMW later wisely decided against this as it was inconsistent with the company’s image and positioning in the U.S. market. Within the markets in which the C1 was available, it performed so poorly in terms of sales that it was only produced for two years. In 2009, BMW unveiled the C1-E, a concept vehicle based on the C1 but with a lithium-ion battery rather than a conventional gas motor.

The C1 hasn’t been the only attempt to produce an enclosed motorcycle. A Swiss company named Peraves produces a very unique, fully enclosed motorcycle called the MonoTracer. The MonoTracer is even built upon the framework of a BMW Motorcycle. Yet, the MonoTracer carries a base price of €59.350,00 which is very expensive for a two-wheeled vehicle, especially one created by a company which practically nobody has heard of. Part of its high cost is due to the fact that it is largely hand-made.

With the introduction of BMW’s i sub-brand, there has been much discussion not only about what the future of mobility will look like but particularly how BMW will meet the needs of premium consumers in the future. Could a revamped, fully enclosed, BMW motorcycle with possibly a lightweight and rigid carbon-fiber construction be part of the solution to future mobility, especially in urban areas? Done correctly, in a manner which is consistent with BMW’s brand positioning, it could provide consumers with something quite remarkable. It would enable BMW to achieve maximum efficiency with no compromise in terms of the operator’s experience. It could be far more efficient even than the i8 whilst also having the potential to be more fun to operate and being quicker than the i8. In my opinion, it’s quite possible that BMW could solve the problems of the future by revisiting the C1 of the past.