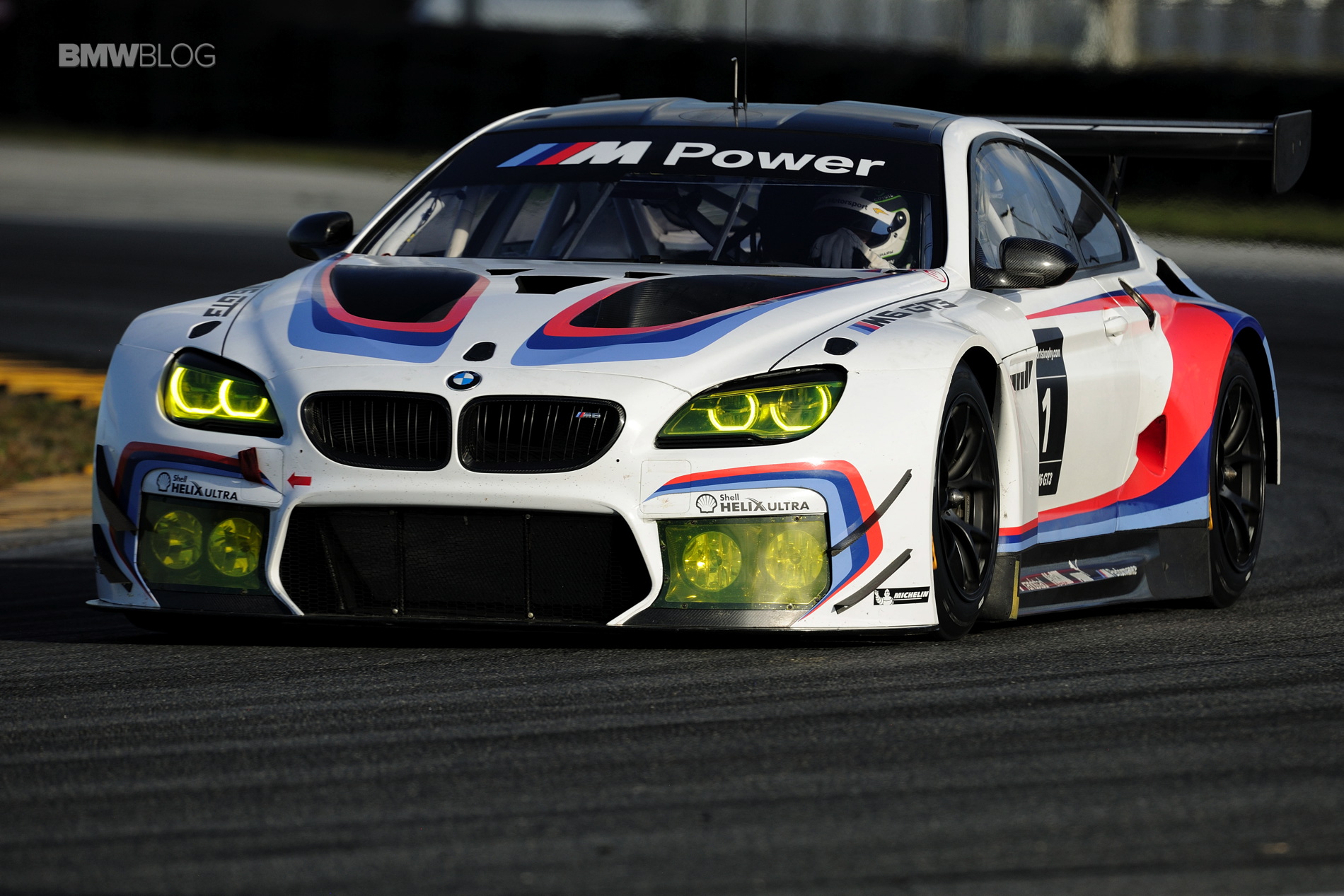 BMW Motorsport used its traditional season review in the BMW Museum in Munich (DE) to present its programme for the 2016 season. As well as the commitment in the DTM, next year’s other big story is set to be the debut of the BMW M6 GT3 and BMW M6 GTLM. BMW’s latest figurehead on the GT racing scene will go head to head with top-class opposition in GT racing series and endurance classics in Europe, as well as with teams and manufacturers in North America in the IMSA WeatherTech SportsCar Championship (WTSCC). The BMW M6 GT3 will also be in action in Asia and Australia. 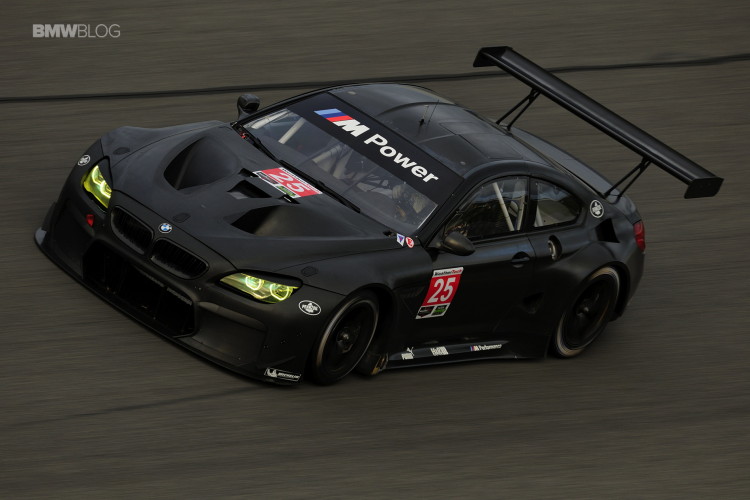 While BMW Sports Trophy teams all over the world will once again do battle for race wins, titles and points towards the Driver and Team competitions, the re-aligned BMW Motorsport Junior programme enters its third year. BMW Brand Ambassador Alessandro Zanardi (IT) has one major goal in his sights for 2016: the Paralympic Games in Rio de Janeiro (BR).

“We definitely have an exciting 2016 motorsport season ahead of us,” said BMW Motorsport Director Jens Marquardt. “For one thing, BMW will be 100 years old, and that obviously gives us extra motivation to present the brand with as much success as possible to mark its anniversary. Plus, after many months of intense testing, we can hardly wait to finally see the BMW M6 GT3 and BMW M6 GTLM make their race debuts. I am certain that we, our customers and the fans will have a lot of fun with these cars. With this in mind, I am particularly pleased to be able to welcome ROWE Racing into the BMW family, as a new team responsible for running the BMW M6 GT3. Now in our fifth DTM season since returning to the series, we are putting our faith in continuity within our squad of drivers and teams. ‘Never change a winning team’ is our motto for 2016, when we hope to achieve more wins and titles.”

The 2016 BMW Motorsport program in detail. 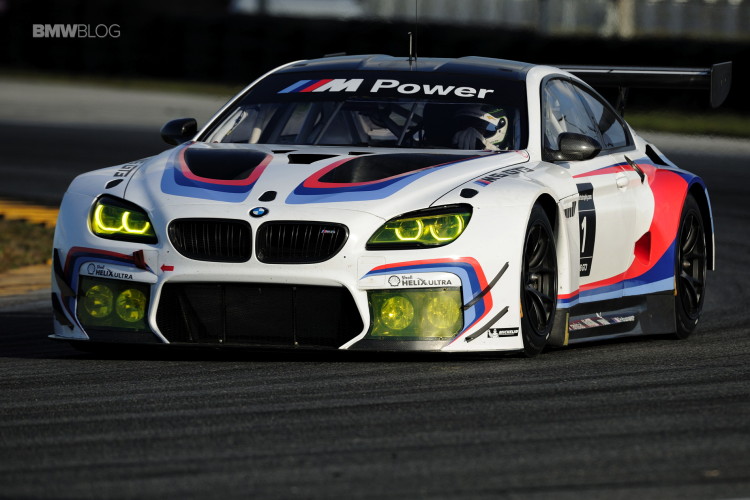 DTM: “Never change a winning team.”
In 2015, BMW recovered from a difficult start to the season to win the Manufacturers’ title in the DTM, thanks to a magnificent team spirit and improved performance over the course of the year. All four BMW DTM teams and five different drivers claimed race wins. Because of this, BMW Motorsport achieved the goal it set itself prior to the season: to be more successful across the board with the BMW M4 DTM than in 2014. In order to continue its DTM success story, which has seen BMW win seven of a possible 12 titles since 2012, BMW Motorsport is putting its faith in the same four teams and eight drivers as in 2015. Marco Wittmann (DE), Maxime Martin (BE), Bruno Spengler (CA), Timo Glock (DE), Augusto Farfus (BR), Tom Blomqvist (GB), António Félix da Costa (PT) and Martin Tomczyk (DE) will be behind the wheel in 2016. The eight BMW M4 DTMs will be run by the RMG, MTEK, RBM and Schnitzer teams.

WTSCC: Proven teams and drivers for the new car’s debut.
Two versions of the BMW M6 will make their race debuts in the IMSA WeatherTech SportsCar Championship (WTSCC): in the GTLM class, the BMW M6 GTLM will be run by BMW Team RLL, which enters its eighth season together with BMW Motorsport. The regular drivers also remain unchanged from 2015. Bill Auberlen (US), Dirk Werner (DE), John Edwards (US) and Lucas Luhr (DE) form an impressive quartet. They will receive support from BMW DTM drivers Farfus and Spengler, as well as Graham Rahal (US), at the Daytona 24 Hours. New to the squad is Kuno Wittmer (CA), who won the Drivers’ title in the GTLM class in 2014 and will compete at this year’s races in Daytona (US), Sebring (US) and Road Atlanta (US). Turner Motorsport will field two BMW M6 GT3s in the GTD class. BMW works driver Jens Klingmann (DE) will contest the entire season for Will Turner’s (US) team. The squad of drivers at Turner Motorsport will receive reinforcement for the endurance races by BMW Motorsport Junior Jesse Krohn (FI). The line-up for Daytona will also include BMW DTM drivers Wittmann and Martin.

24h races: New team and experienced drivers.
In 2016, the 24-hour races at the Nürburgring (DE) and in Spa-Francorchamps (BE) once again form the highlights of the European endurance season. Second place on the Nordschleife and victory in Spa with the BMW Z4 GT3 in 2015 have only served to raise levels of anticipation ahead of the debuts of the BMW M6 GT3 at these two classic long-distance races. As in previous years, BMW Sports Trophy Team Schubert will again compete at the Nürburgring with works support from BMW Motorsport. ROWE Racing joins the BMW family as a new works supported team in both endurance classics. The outfit from St. Ingbert (DE) has a wealth of GT and endurance racing experience, and has its sights set on achieving success for BMW from the word go in 2016 with the BMW M6 GT3. ROWE Racing will contest the 24-hour races at the Nürburgring and in Spa-Francorchamps, as well as the whole Blancpain GT Series season. As usual, BMW Motorsport will make many of its top drivers available for the 24-hour races. The drivers who will strengthen the works teams’ driver line-ups in 2016 are DTM drivers Martin Tomczyk, Augusto Farfus, Marco Wittmann and Maxime Martin, WTSCC drivers Dirk Werner and Lucas Luhr, as well as Jörg Müller (DE), Jens Klingmann, Alexander Sims (GB), Richard Westbrook (GB), Nick Catsburg (NL) and newcomer Philipp Eng (AT).

BMW Customer Racing: BMW cars in action around the world.
The new BMW M6 GT3 will not only be in action at 24-hour races, but also in numerous GT racing series around the world. These include the ADAC GT Masters, IMSA WeatherTech SportsCar Championship, VLN Endurance Championship, Blancpain GT Series, Asian Le Mans Series, International GT Open, Australian GT and Japanese Super GT Championship. Because of this, the car will be represented on four continents in 2016, and will be run by both existing BMW Z4 GT3 customer teams and new customer teams. The BMW M235i Racing starts its third season with a comprehensive update package. Participants in the BMW M235i Racing Cup will benefit from smoother rear-axle handling in 2016, thanks to a rear wing and a spherical suspension. Other upgrade parts, such as the brake system, will reduce running costs. Therefore, the BMW M235i Racing Cup class is set to remain a highlight of the BMW Sports Trophy programme in the future.

BMW Motorsport Junior programme: All good things come in threes.
The new concept for the BMW Motorsport Junior programme has proven to be a great success for the past two years, producing two promising winners in Jesse Krohn (FI) and Louis Delétraz (CH), who BMW Motorsport will continue to support as they take the next steps in their careers. In 2016, a new class of talented youngsters will be given the opportunity to receive comprehensive training, both in the racing car and in the fields of fitness, mental and simulator training.

Alessandro Zanardi: Fully-focussed on the Paralympics.
BMW Brand Ambassador Alessandro Zanardi (IT) will concentrate fully on defending his gold medals at the 2016 Paralympic Games in Rio de Janeiro (BR). He is determined to repeat the success he achieved with his handbike in London in 2012. Given his training workload over the coming months, Zanardi will not be involved in any specific motorsport projects.