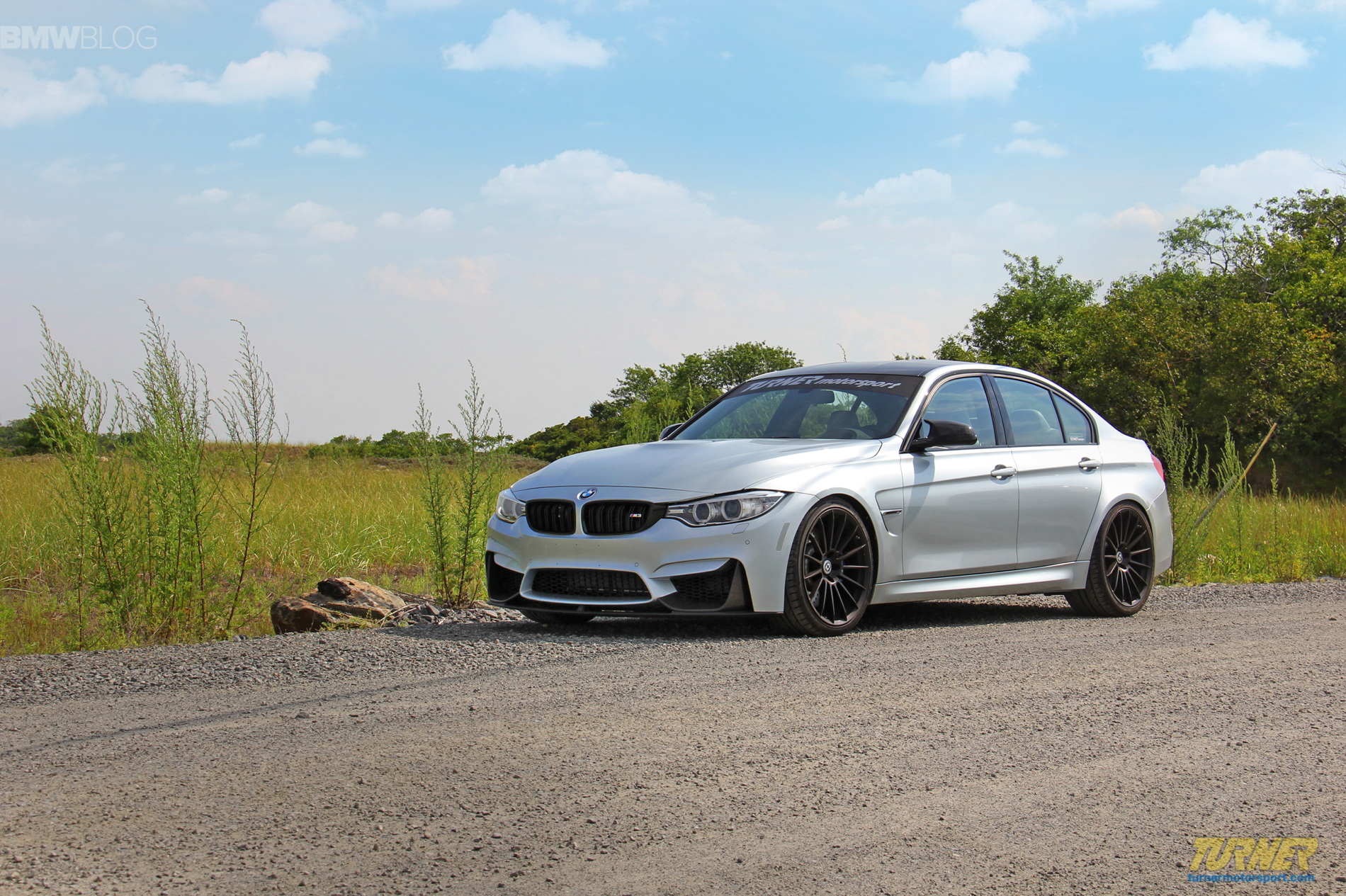 Turner Motorsport unveils a new project based on the new 2015 BMW M3 sedan. The beautiful Silverstone F80 M3 receives a few styling updates to improve its looks, starting with the usual blacked out kidney grilles and carbon fiber mirror covers from the M Performance Catalog. Furthermore, the F80 M3 gets a carbon fiber front splitter and air curtains made of the same lightweight material.

Turner and HRE worked together to upgrade the car’s shoes as well. The original 19 inch wheels are out and replaced by the HRE FlowForm FF15 wheels in 20 inch size and painted in black. To bring the car’s center mass closer to the ground, Turner replaced the original springs with the the usual suspects: H&R Sport Springs. 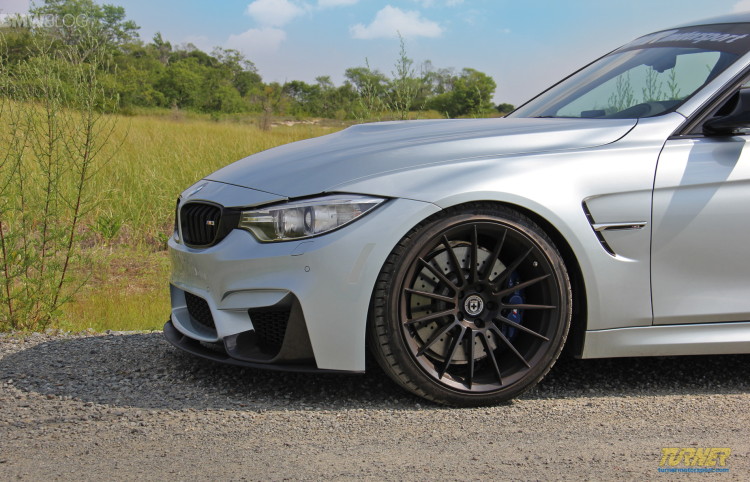 Inside, the tuning shop installed the AWRON Integrated Performance Gauge for F8x M3/M4 into the F80 M3. This product allow you to monitor a variety of vehicle vital signs, as well as record your performance statistics such as 0-60 times, quarter-mile times, G-Force meter and much more. Perhaps the best feature of the AWRON gauge is its ability to open and close your F8x’s exhaust valves with the touch of a button! 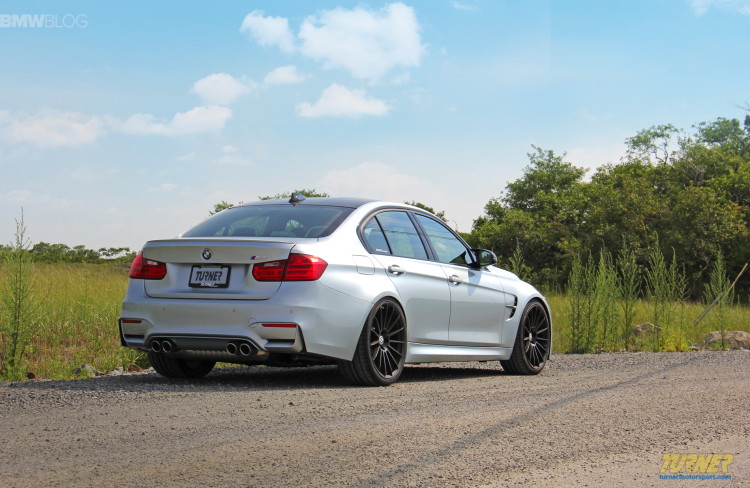 More upgrades are expected to be added in the upcoming weeks. 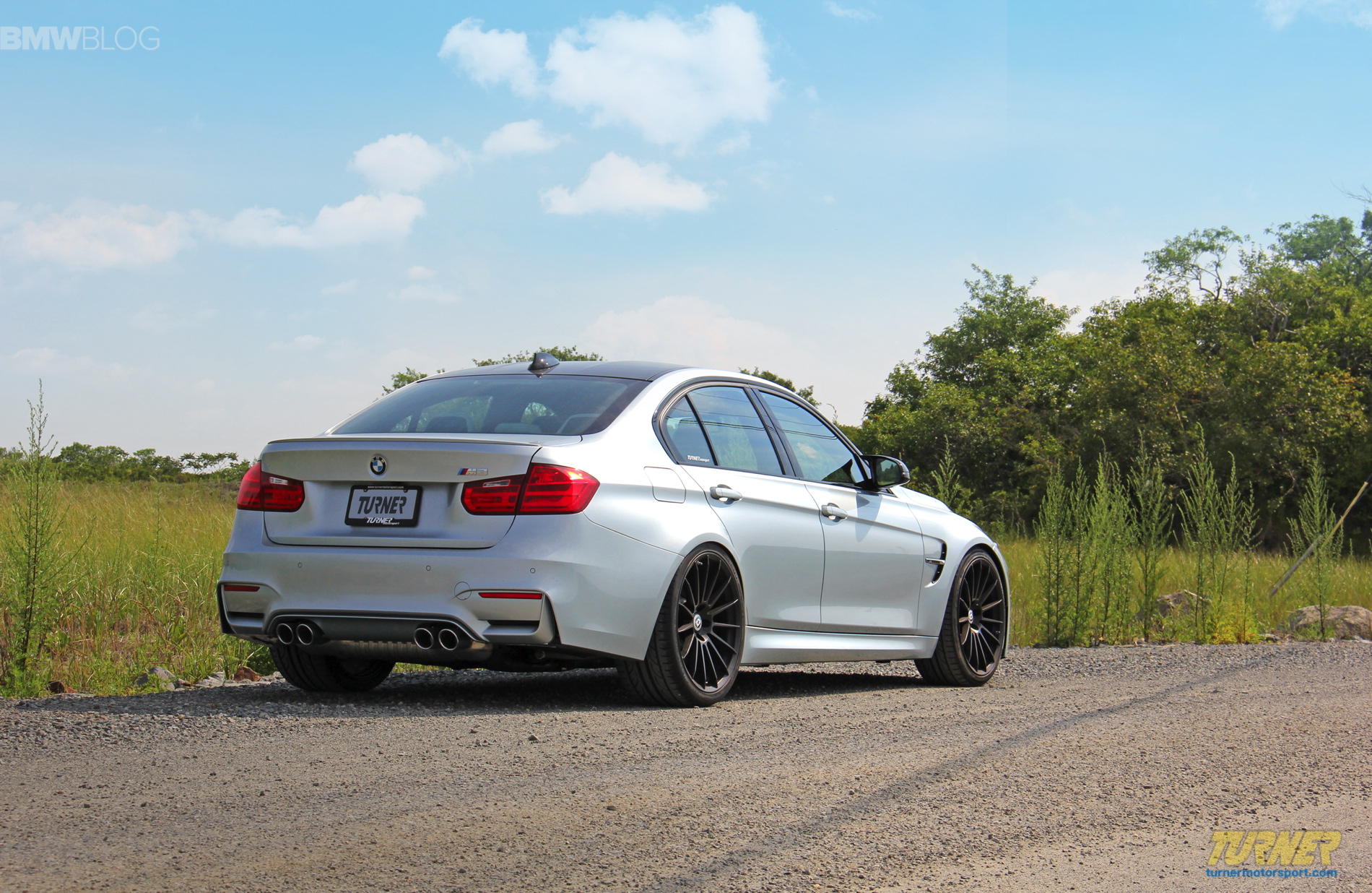 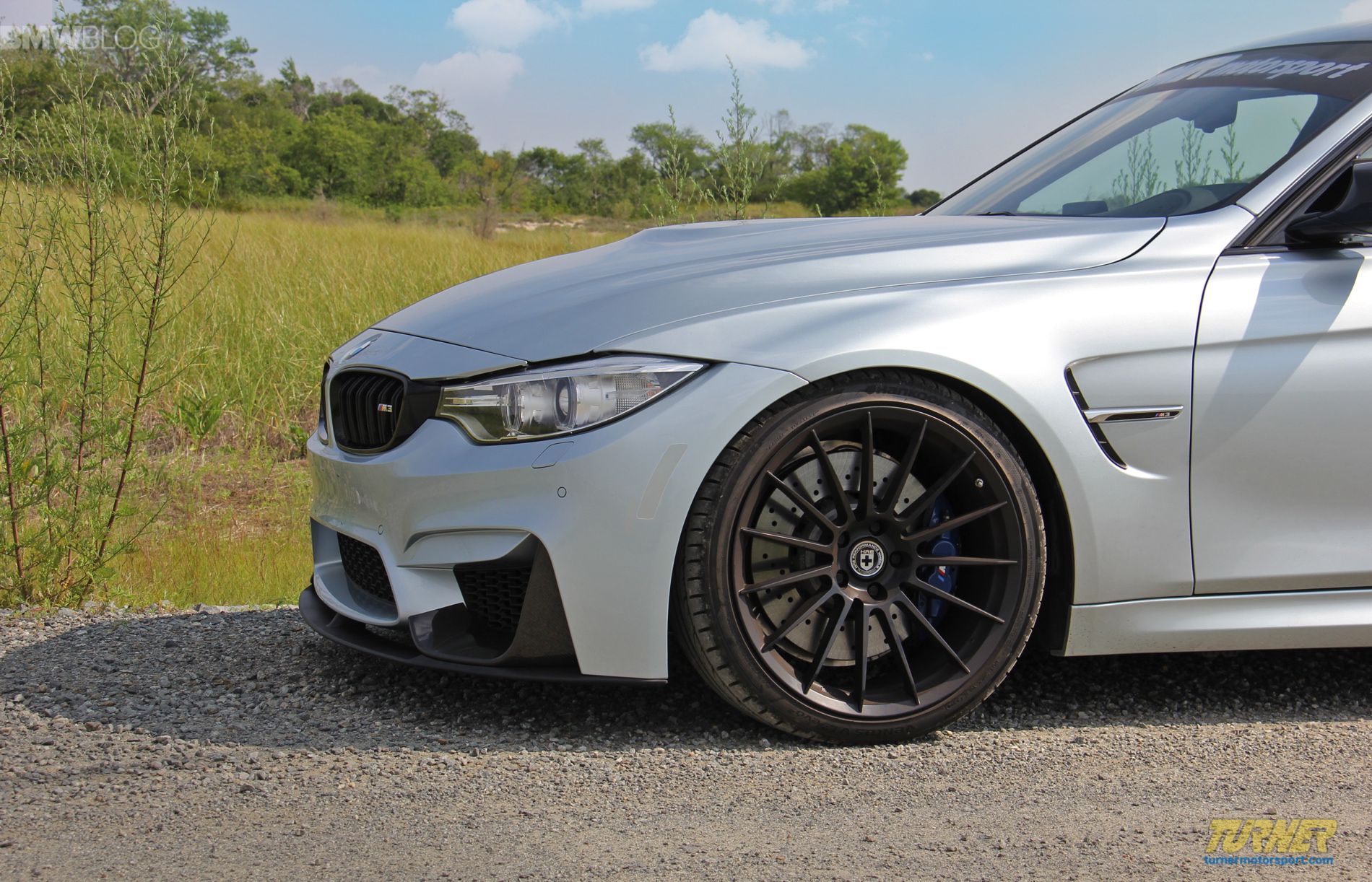 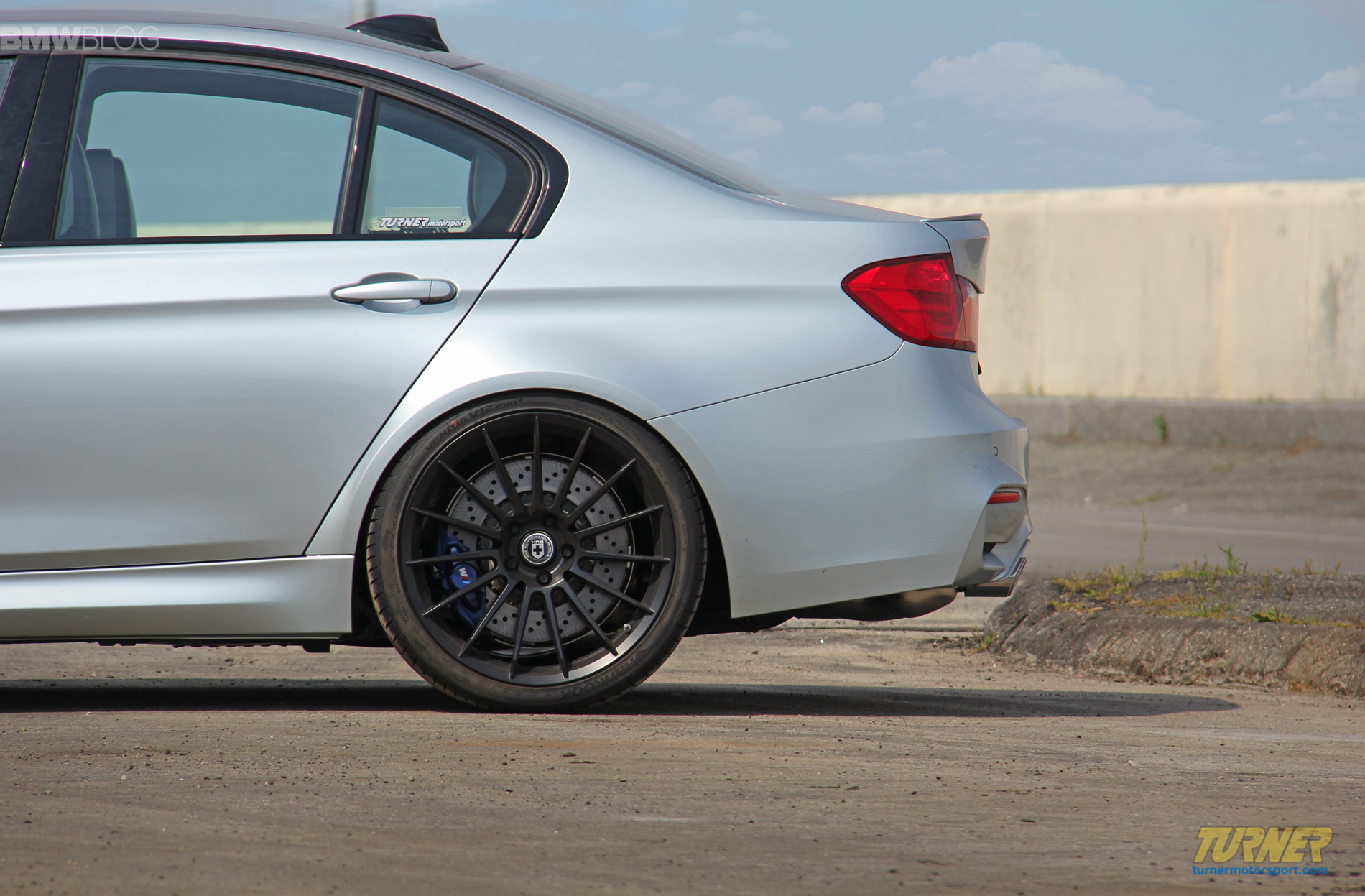