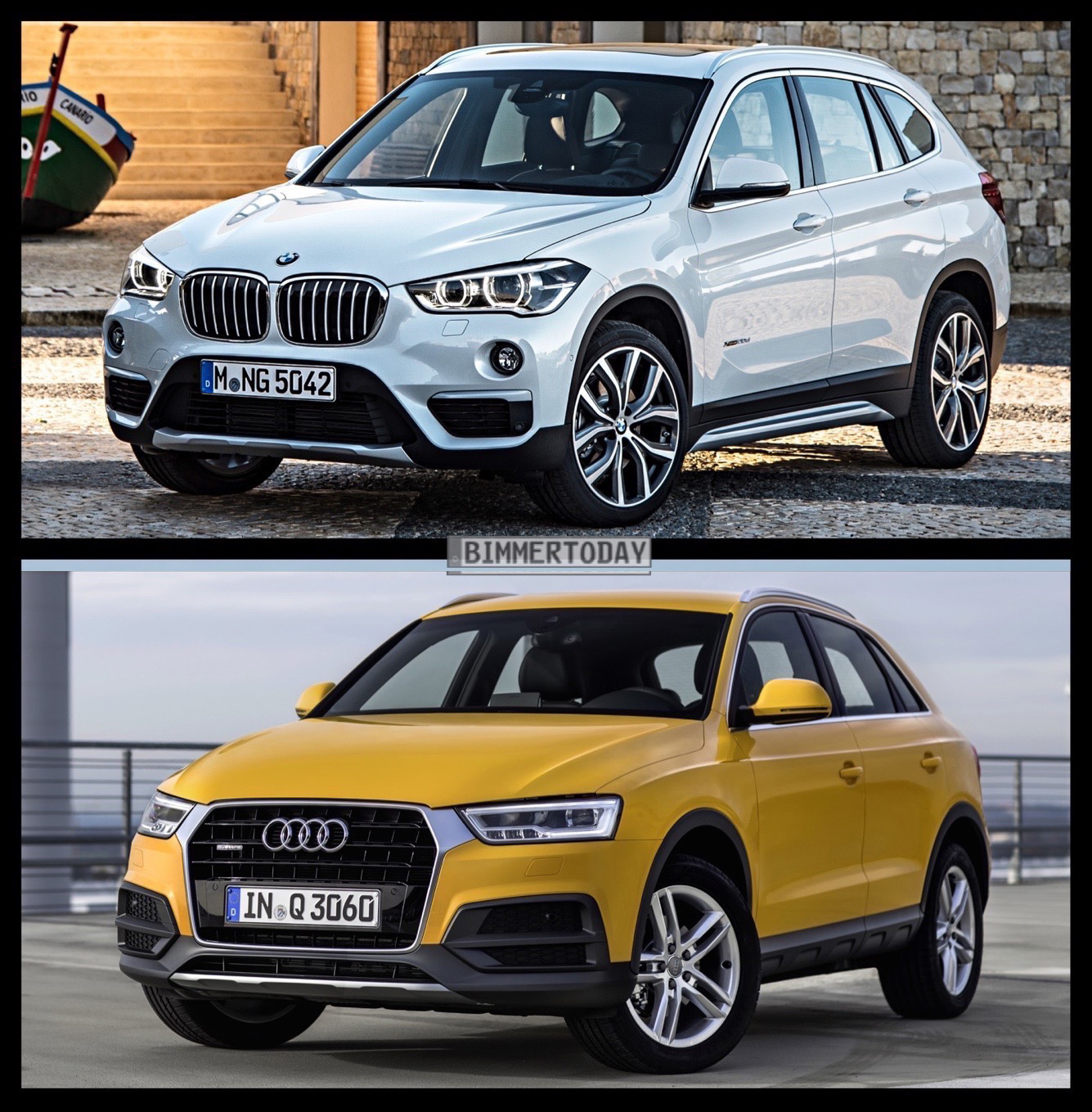 BMW’s X1 has been a decent sales success in the US and has gained considerable popularity. Its rear-wheel drive-based design and punchy engines allow it to perform and handle better than most of its competition. Now BMWs latest X1 has arrived, for its second generation, and is ready to take on cars like the Mercedes-Benz GLA and Audi Q3 directly.

The X1 competes with Audi’s baby SUV, the Q3 which has been on sale for quite a while in European markets. However, the US market is just about to get it for the 2016 model year. Nearing the end of its life cycle, the Audi Q3 is ready to swarm US suburban driveways and parking lots. Its small size, efficient engine and typical Audi looks are bound to convince urban soccer moms across the nation to put one in their driveways. 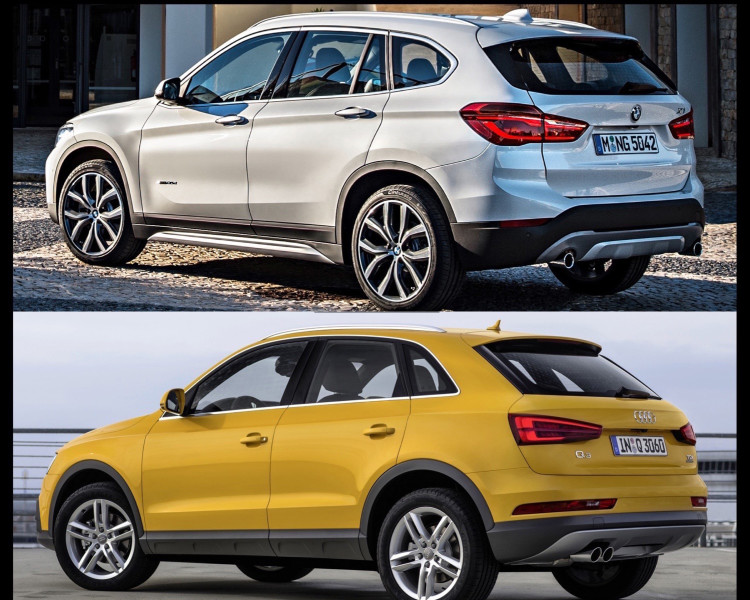 The X1 has changed as well. It is now front-wheel drive based and has far more cargo space than before. It’s also a bit taller and bigger all around than before. This allows for better passenger space as well as a taller seating position, something highly sought after in this segment. In comparison, the Audi Q3 has a little bit less cargo space than the BMW as well as passenger space. This is likely due to the fact that the Q3 is built on the old VW Tiguan platform, while the X1 is based on BMW’s newest UKL front-wheel drive architecture. However, a second-gen Q3 is coming, built on VW’s MQB platform, which should be a significant improvement.

The new BMW X1 comes with only a single power plant for the US market, a 2.0 liter turbocharged four-cylinder, though a diesel and a turbo three-pot are available in Europe. The 2.0 liter engine in the BMW makes 240 hp and can get the X1 from 0-60 mph in just a tick over 6 seconds. Comparatively, the Q3 has 200 hp and 207 lb-ft of torque, from its 2.0 turbocharged TFSI engine, and gets from 0-60 mph in 7.3 seconds. This has a lot to do with weight, no just power, as the much older platformed Q3 weighs much more than its competition. 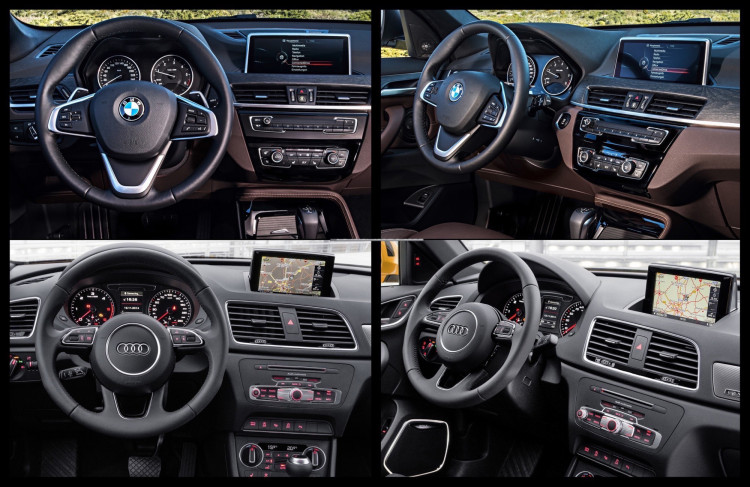 The Audi Q3 has one of the nicer interiors in the segment and comes with heated genuine leather seats as standard. The new BMW X1’s interior is quite nice and a significant upgrade from it predecessor’s, but it comes with leatherette synthetic leather as standard and isn’t as sporting as the Q3’s. Having said that, I think the X1 has the distinct edge here and much of that is due to the freshness of it and the age of the Q3. A second-gen Q3 might tighten the gap between the two. 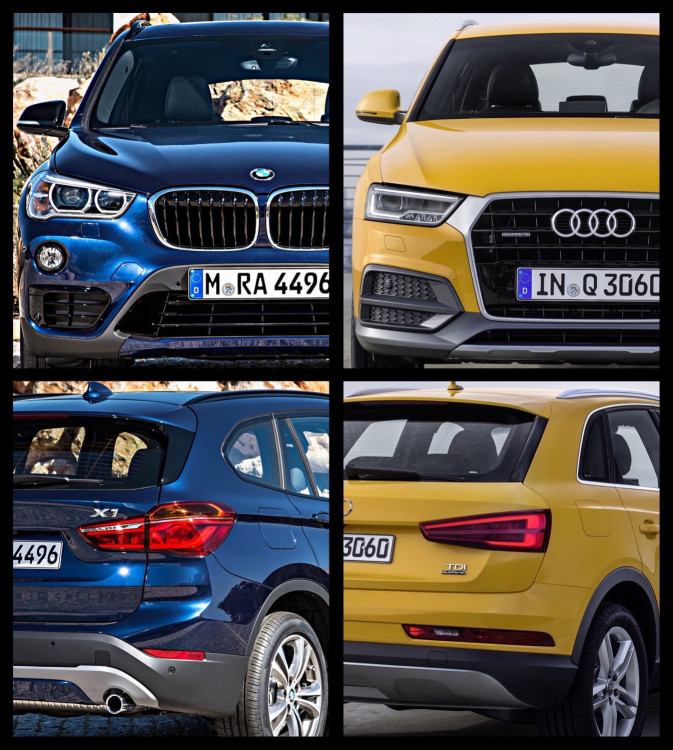 Both are solid, if not exciting, performers. They both do their job extremely well, which is to shuffle families around suburban neighborhoods. Both are good performers, though the X1 definitely has an advantage in this department, but the Q3 is no slouch and is certainly not boring. The new BMW X1 also seems to have an advantage in terms of looks, both inside and out. The BMW X1 seems to be the better car of the two but, in fairness, the Q3 is significantly older and has a successor on the way. When the second-gem Q3 comes out, we can reevaluate, but I think at the moment, the BMW X1 is the best small SUV on the market.