Leather vs Leatherette vs Cloth – Which one should I get?

Home » Leather vs Leatherette vs Cloth – Which one should I get? 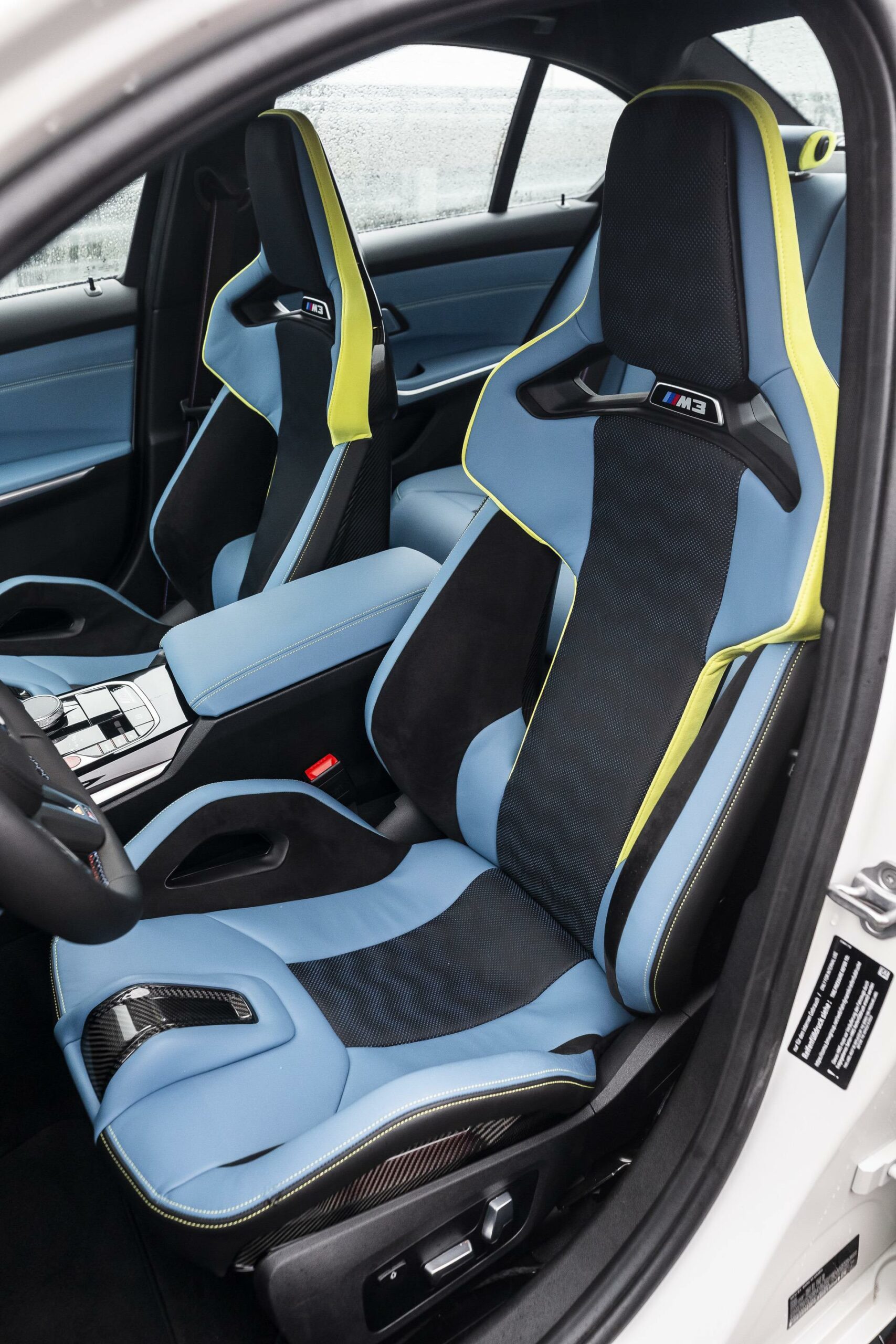 If you’ve ever sunk yourself into one of the leather thrones of a BMW 7 Series or X5, you’ll know just how comfortable and supportive seats of any kind can be. BMW is one of the better makers of bum supporters in the industry. Somehow, the Bavarians are able to make seats that both comfort and support, allow for both long journeys without fatigue and stability during hard driving. But a common misconception in the car industry, is that seats need be real leather in order to be comfortable or of high quality. Many complain that real leather is an optional extra in some BMWs, such as the entry-level models of the 5 Series and X5 SUVs.

While BMWs genuine leather seats are wonderful, BMW has been selling leatherette seats (now called SensaTec), a sort of synthetic leather not made from animal hide, for ages now. Recently I spent a week in a new 4-Door MINI Cooper S with some of these leatherette seats, and found them to be fantastic. They were missing some of the suppleness found on higher-end, real leather seats, but as far as quality and comfort go, they were superb. My E36 328i, from 1996, has leatherette sport seats, and they are both comfortable and supportive, although far from the quality of the much newer MINIs. 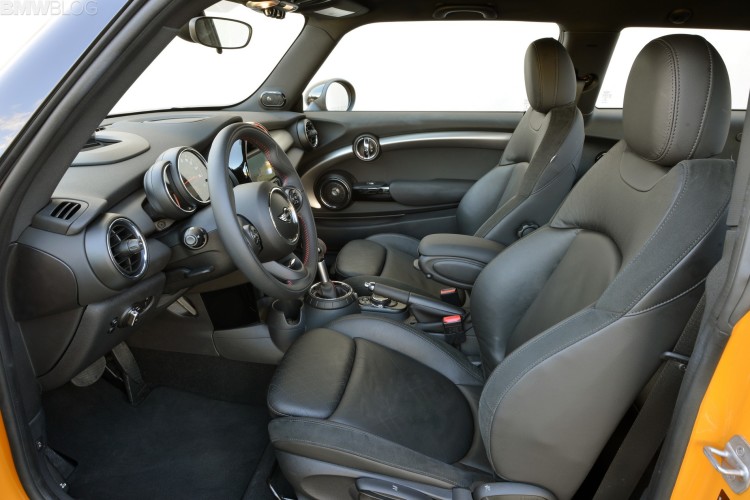 With the inception of the new M3/M4, BMW came up with some new seats that are a blend of both leather and cloth. A brilliant idea, as cloth seats are lighter, often times sportier, cheaper and don’t get as hot during summer or as cold during winter. There’s a wonderful luxury in having cloth seats, as they are less needing of maintenance to keep them looking pretty. The downfall of cloth seats, however, is the fact that they can stain. So it’s give and take. 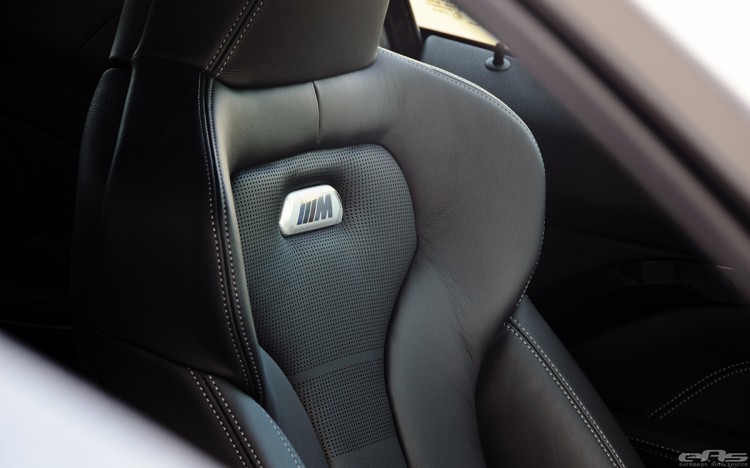 I’ve been asking for cloth seats with manual adjustments in low-end North American BMWs for years now. It would keep both cost and weight down to offer cloth buckets in something like a 228i. It would also compliment the sporty nature of the car, as do the seats in the M3 and M4. And I’d like to be able to have a cheap BMW with no fancy gear, just the brilliant little four-banger and a row-your-own transmission. BMW likes a la carte style optioning, why not have cheap options like cloth seats?

There are many detractors of both leatherette and cloth, though. Some people find anything less than Full Merino Leather to be subpar in a vehicle wearing a blue and white roundel. Some may call that snobbery, while others call it taste. Leatherette and cloth seats offer cost savings for people who’d rather put their money into other options, performance or otherwise. Both “inferior” seat materials also allow people with specific lifestyles to buy BMWs. Members of PETA, and its followers, choose not to buy or use products made from animal suffering. I, personally am not concerned with real leather being used in seats, but i can perfectly understand if someone would like to have a BMW that didn’t require animal products.

Vegans are also against animal products, therefore BMWs would be out of the question for them if leatherette weren’t an option. Now, if vegans were only a minute portion of the population, then this wouldn’t be an issue to BMW. However, in the modern, hipster times, everyone seems to be a vegan. Name any celebrity and it’s a good possibility they’re a vegan. So It’s only fair that BMW offer such items to accommodate them. 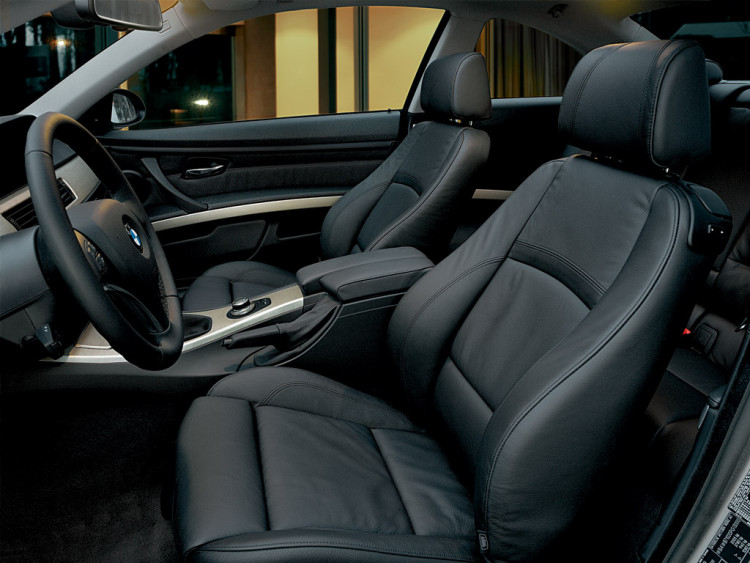 Leatherette seats, especially BMWs (I’ve sample many other brand’s and the quality varies greatly), or cloth seats offer more options for a larger variety of customers than just leather does. They also don’t diminish the quality or image of the brand.