BMW i3: Where Are You Going, Where Have You Been?

Home » BMW i3: Where Are You Going, Where Have You Been? 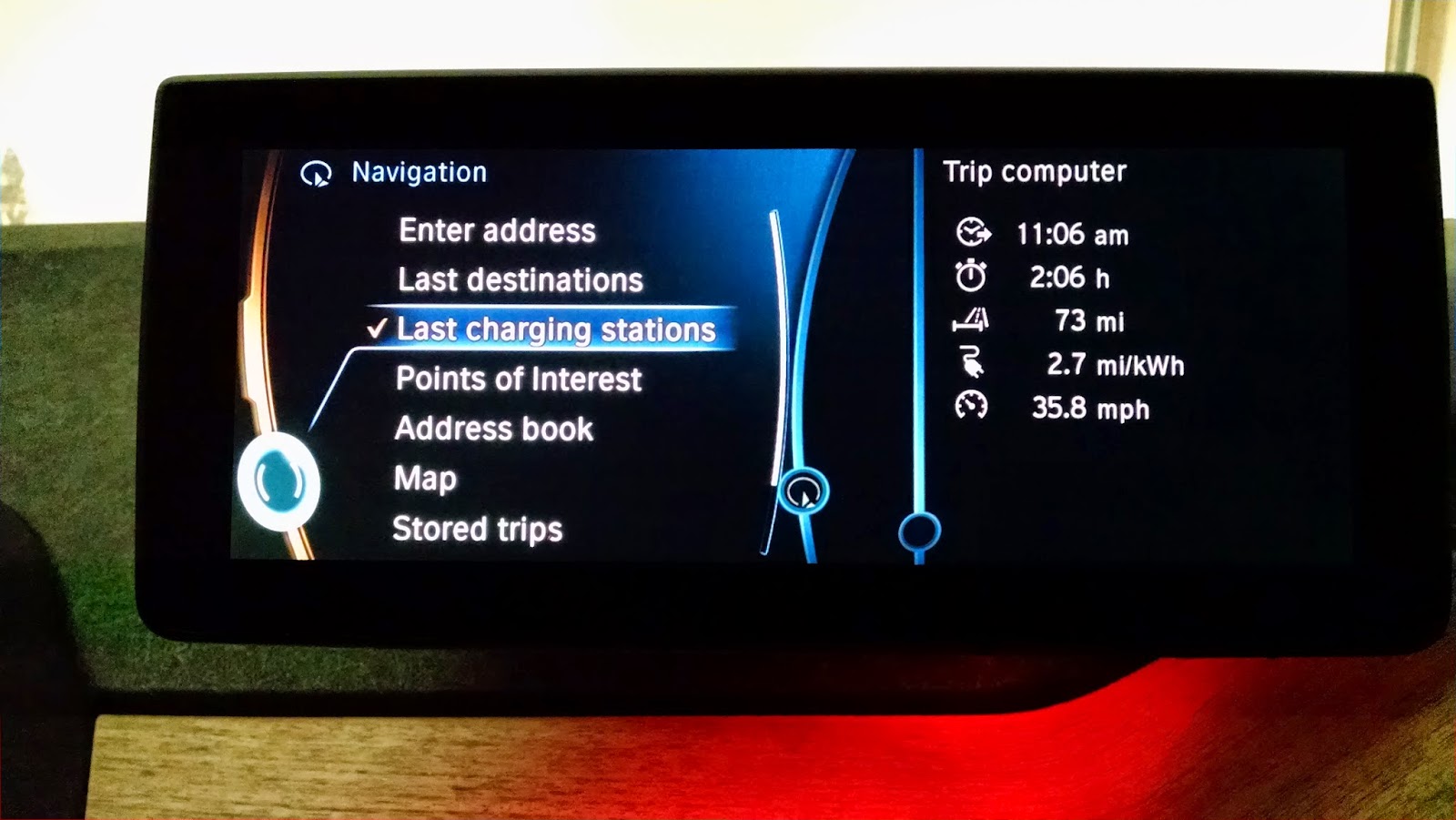 One of the things many of us EV drivers are guilty of, is plugging in whenever we have the opportunity to. We may not even need the extra range, but if there is an available 240V EVSE, or even a simple 120V outlet, and we’re going to be at that location for a while, it’s just too tempting not to plug in and grab some electrons while we’re there.

Not that there is anything wrong with that, but I wonder how many i3 owners know their car records everywhere you’ve plugged in and stores the exact location? I’ve known this for a while now because a few months ago one of the readers here sent me an email pointing it out because it almost got him in trouble but I’ll get back to that later in the post.

I’m bringing this up now because I had to bring my car in for service for BMW to inspect something. I’m beta testing new BMW i3 software which will be released to the public in a few months so if I see anything out of the ordinary they want to check it out. So I dropped the car off at JMK BMW and a nice Ionic Silver i3 REx was waiting for me to use as a loaner. I had used this loaner before a few months ago when I had the new software installed on my car and love that JMK BMW offers i3 loaners. It’s a practice that all BMW dealerships that really want to sell i3s should employ, in my opinion.

So as I headed out of the dealership I started the navigation system, and instead of entering the destination, I scrolled down to “Last Charging Stations” just to see if the addresses I charged at a few months back were still saved there. They were. My restaurant in Montclair and my home address were saved as destinations in the loaner’s nav system. Then, as I scrolled down the list I saw addresses of all my friends who live locally and drive i3s. Their names weren’t listed, but the navigation system stored the exact location of their homes – which I know because we are friends. Evidently they too had used this loaner i3 while their car was in for service. Since they charged the car at home, their addresses were recorded as “Last Charging Stations” and stored in the nav system. I erased all the entries that were addresses of the people I know, but I wonder how many of them realized they were leaving a record of where they live and charge for anyone who had the car after them to see.

I suppose it’s not a problem if it’s your personal car, but if you do use an i3 loaner from your dealer, and you don’t want a record of where you plugged in logged in the car’s navigation system, I’d suggest you delete the entries that were made while you had the vehicle before you turn the car back in. I know this isn’t all that different from how navigation systems work on other cars. Many store the previous destinations that were entered in the system. However this seems a little more intrusive to me because your home address is being stored without you entering it into the system like you would have to do with a navigation system. Simply by plugging the car in you create a saved entry and the exact location is stored. I just want the readers here to know this, so they can decide if they want to delete their charging locations whenever they feel the need. I’m sure many i3 owners don’t even realize this is happening. 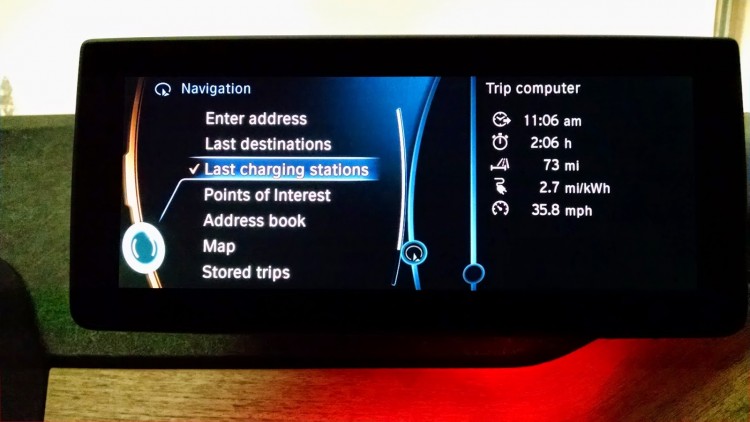 Now getting back to the original person who pointed this out to me. About six months ago I got an email from one of the readers here. He wanted to tell me a funny story of what happened to him with his i3. One day his wife was using the car for the first time by herself and was getting to know the iDrive system. She came across the Last Charging Stations category. Scrolling down the list she saw an entry which was a street in a town that wasn’t too from where they live. Unfortunately for him, it was on a street and in the town were an old girlfriend used to live. When he came home that night his wife asked him about it, and he had to explain why he was there and that it was a public charging station which he needed to stop off at for a little while so he could make it home one night. He explained and they laughed about it, and it wasn’t some serious inquisition to begin with, but it was a little reminder about how this feature could get someone in trouble if they went somewhere they shouldn’t have.

This may or may not be a concern for you personally, but I want to at least point this out so i3 owners are aware of it. It’s very easy to delete an entry; you just hover over the saved destination, press the options button and then delete. Unless you’re doing something you shouldn’t be doing I don’t see ay reason to delete entries in your personal car, in fact storing them for future use is a great feature, and is the reason why the car does it in the first place. However, when using an i3 loaner from the dealership, I’d prefer that my home address isn’t permanently stored in the nav system and I’ll be deleting the entries I created when I return the cars I have on loan from now on.

2 responses to “BMW i3: Where Are You Going, Where Have You Been?”