On top of this, developing an M car with a manual adds extra development cost which sometimes can be passed on as a cost to the customer. 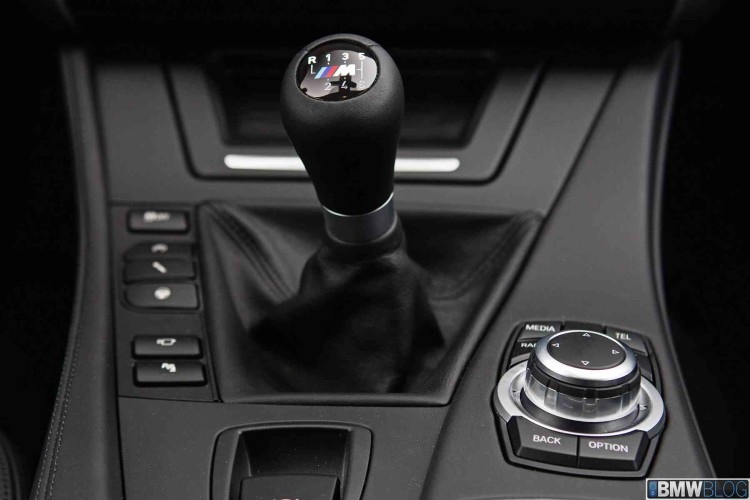 BMW’s new DCT transmissions are far better suited for performance driving as they offer lightning fast shifts at the tip of your fingers. They also narrow the margin for error, making even mediocre drivers seen pro-level. The only real downside to the DCT transmission is cost and weight. But those are two quibbles are overshadowed by the increase in performance.

The main reason, though, that the manual gearbox seems to be going by the wayside is the customers. No one wants them anymore. I was speaking to a representative of BMW North America recently, who told me that the take rate on manual transmission across the entire BMW lineup was around 7%.

That’s extremely low and probably not enough to cover the cost to keep the tooling around to build them. It would be cheaper for BMW to ditch the manual all together and use the 8-Speed ZF or their brilliant DCT exclusively.

It’s a shame because the manual transmission is a wonderful thing. Sure, it isn’t as fast as a modern automatic or dual-clutch transmission but, for driving engagement and involvement, there is nothing better. There’s little else that offers the kind of thrill that shifting your own gears can give, especially in a performance car, like an M3 or the upcoming M2. It’s not the fastest way of getting around, but it might be the most fun.

BMW is also one of the last automakers who still offer manuals in many of its cars. Currently, the 2,3,4 Series, the Z4, M3/4 and M5 can all be had with three pedals. Mercedes, for instance, has one model which is available with a manual transmission; the SLK 250. This alone could be a reason for BMW to keep manuals, especially in M cars. Exclusivity can be a wonderful thing, and if BMW’s M Division is exclusive in selling cars with row-you-own gearboxes, it would have a one-up over AMG and Quattro GmBh. Enthusiasts in the market for a C63 AMG might be swayed into getting an M3 due to its availability of a 6-Speed. BMW could further cement its status as the Ultimate Driving Machine this way.

Another reason could be nostalgia. Once the manual dies, it’s never coming back. There’s no way that in fifty years, the automakers will start making manuals again. In a not so distant future (but not in a galaxy far, far away) electric cars will be the norm. Once that transition happens, the manual transmission will be gone forever. So BMW should keep them as long as financially possible. The manual transmission is at the end of its life-cycle. It’s still a healthy life, though, so it should be kept around as long as possible before being put out to pasture.