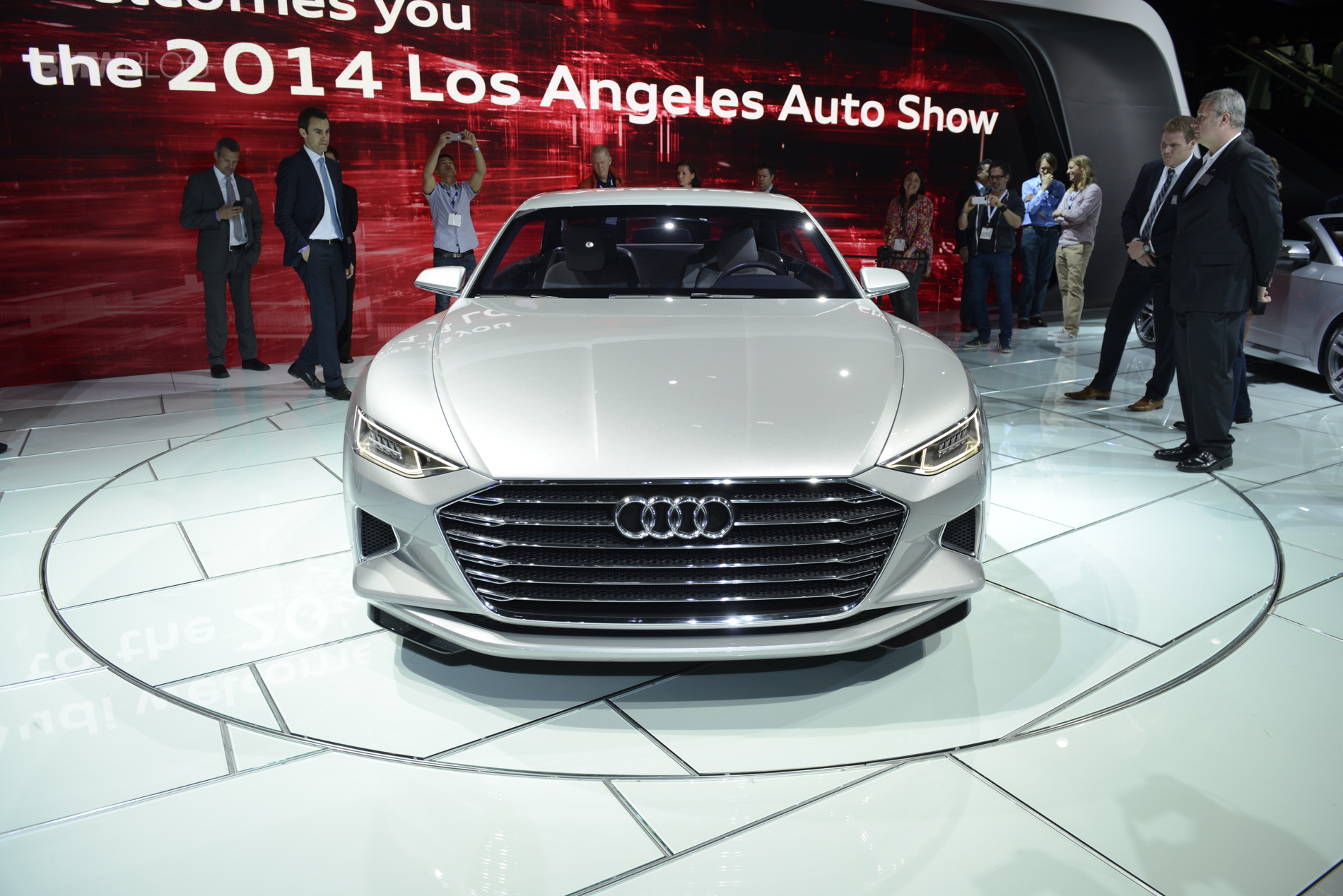 Audi is rolling out a new design language and its first iteration can be seen here today at the 2014 LA Auto Show. The Audi Prologue Concept, or A9 as it’s referred to here, plays in the same league with the Mercedes-Benz S-Class Coupe, Bentley Continental GT and BMW Vision Future Luxury Concept.

Penned by Audi’s new design chief Marc Lichte, the Prologue brings a trapezoidal grille which wider and lower than on existing models, with the wedge-shaped laser headlights positioned higher above new air intakes with blade elements. The side profile reminds of a large two-door coupe with flared arches. The rear end features narrow LED taillights and twin trapezoidal exhaust tips. 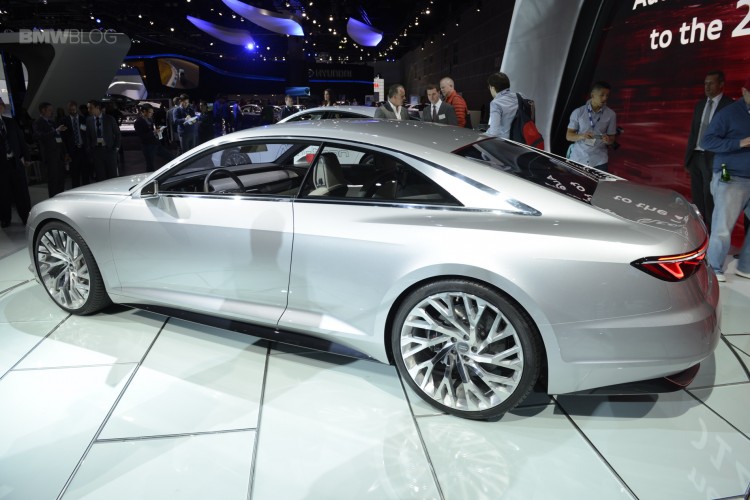 Inside, the interior takes a minimal approach compared to existing Audi models with a horizontal dashboard integrating four touchscreen displays running its full width. Just like BMW previewed a few years back, the passenger has the option to swipe over infotainment information to the driver.

Under the hood, Audi placed a 4.0-liter twin-turbo V8 producing 605 horsepower and 516 pound-feet of torque. Driving through an eight-speed automatic transmission and Quattro all-wheel drive, it’s said to hustle the 4,365-pound coupe to 62 in a scant 3.7 seconds. 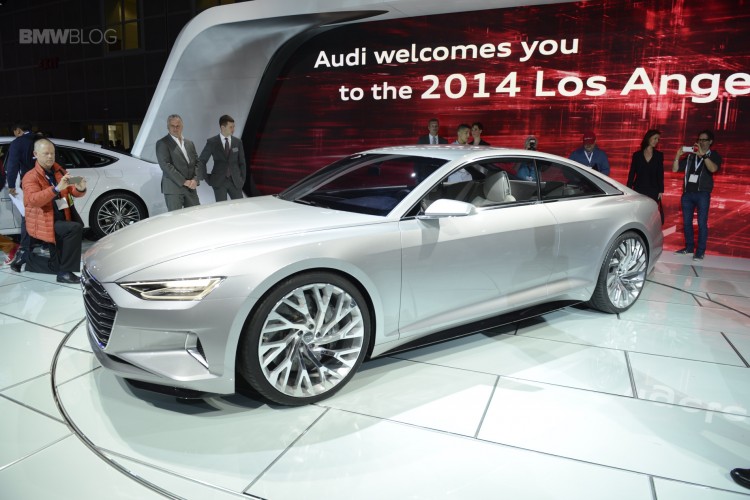 Audi has yet to say if and when the car will go in production, but based on their track record with most concepts actually previewing production cars, we expect an A9 to not be more than two years out from market launch.