BMW i3 City Car is at Home in the Country

Home » BMW i3 City Car is at Home in the Country 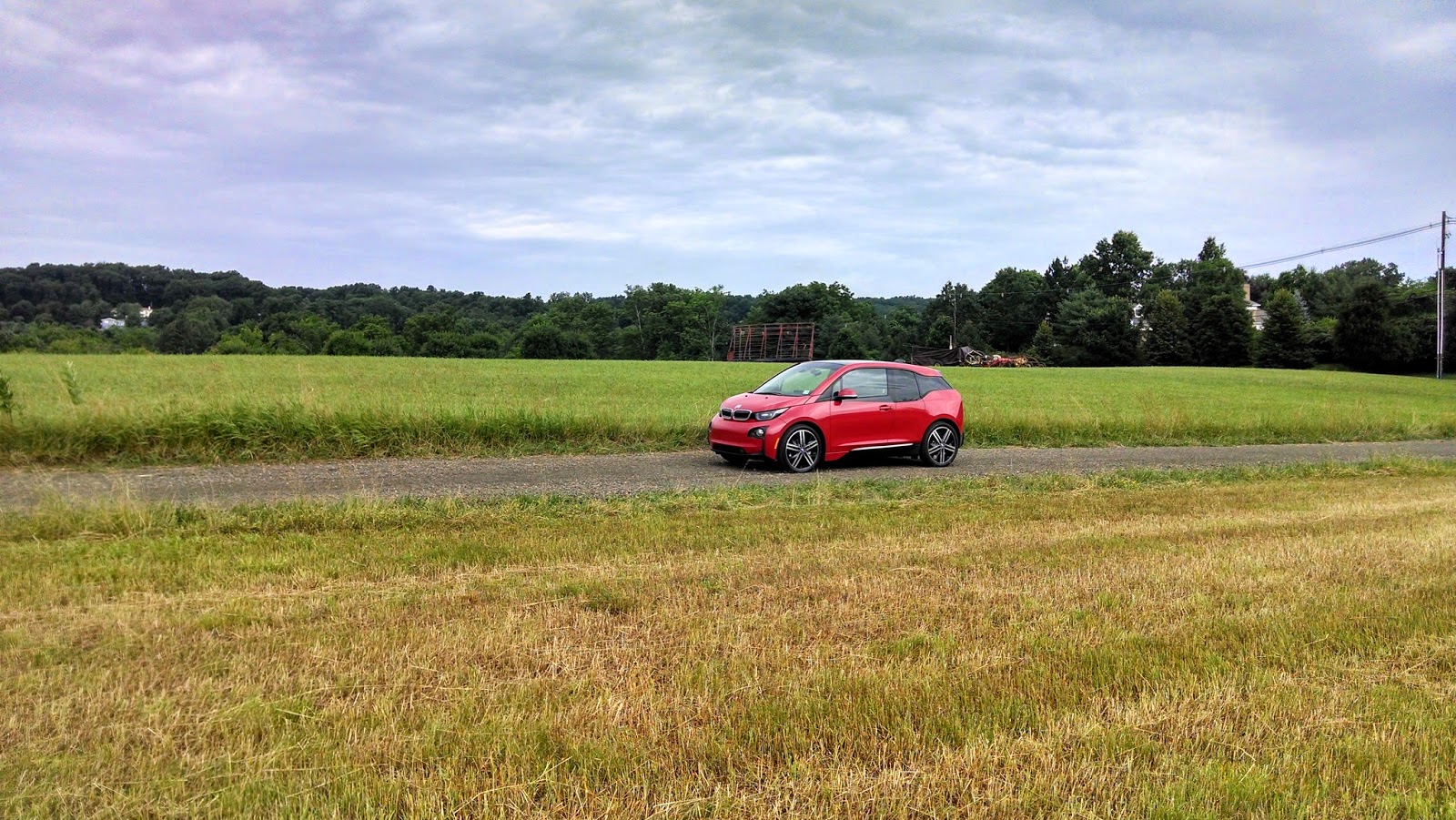 If you listen to BMW marketing, they’ll have you convinced that the only place to really experience the full benefits of the i3 is to drive it in a city environment. Pretty much every description they offer for the i3 includes how it’s a car made for the Megacities of the world.

Take this from the BMW i website for instance: “Electric and electrifying – the BMW i3 redefines mobililty(sic): with its visionary design and innovative BMW eDrive transmission it’s the sustainably designed vehicle for everyday urban use.” 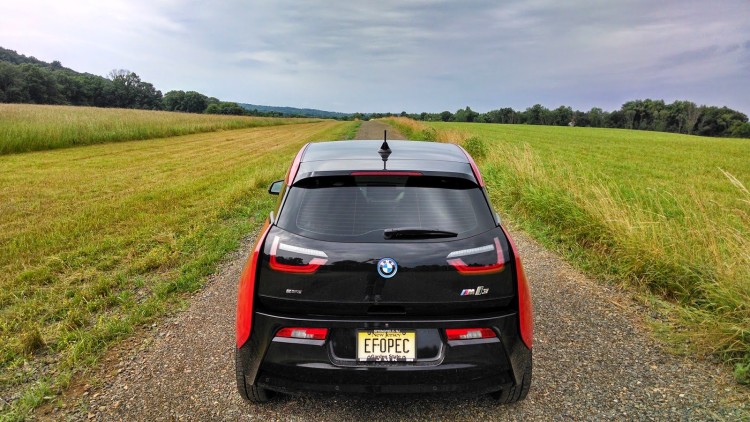 I’m definitely not saying the i3 isn’t perfectly capable of negotiating the urban jungle on a daily basis. In fact, city driving is where the i3 is most efficient. Driving streetlight to streetlight, using the regenerative braking to recapture much of the energy used, since you rarely drive for long without needing to slow down, is the type of driving that will allow for better overall range.  Aside from this efficiency advantage and the fact that you usually don’t need drive so far (making the limited range less of a concern) and perhaps the ease of parking the i3’s tiny frame on city streets, there isn’t any other advantage to driving it in the city. I’ve now been driving electric for over five years and have piled up about 150,000 electric miles on my MINI-E, ActiveE and i3. The crazy thing is, I live in a very rural part of New Jersey where cows and horses are part of everyday life and the bright lights of New York City are over 50 miles away. Like my previous EVs, my i3 has adjusted well to life in the country, even if this isn’t the life BMW had envisioned for its carbon fiber halo car. 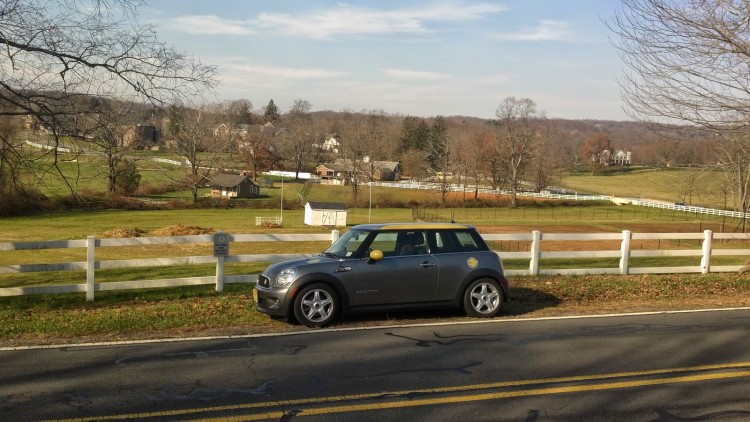 However I’m not satisfied just saying it can do fine in the country and suburbs. I believe it is indeed better suited for a life outside the city limits, so please allow me to defend that statement.

For starters, the vast majority of people who live in the suburbs and in rural areas live in private residences and the exact opposite is true for those who live in cities. Living in a private residence gives you control over your electrical supply and parking arrangements, which as you know is pretty important if you drive an electric car. You simply hang a 240v EVSE in your garage or carport and your refueling issues are mostly solved. The vast majority of electric vehicle charging occurs at home, and having the ability to install a home based EVSE where you live really simplifies things. Conversely if you live in an apartment or condo in the city, establishing a location to park and charge your car can be an enormous challenge. I have had dozens of people who live in New York City reach out to me through this blog asking for help in securing a charging location because they wanted to buy an EV. It’s not impossible, but it requires a lot of work and in many cases a lot of money and persistence. Some parking garages have allowed customers to install a private EVSE and separate meter so they can pay for the electric it uses. This usually costs a couple thousand dollars and requires a lot of legwork. Other garages have allowed the person to plug into an existing 120v outlet and pay a small monthly fee for the energy which is the best solution if 120v charging will offer enough energy for the persons driving needs. In any case, it’s a lot harder to recharge your car if you live in the city. 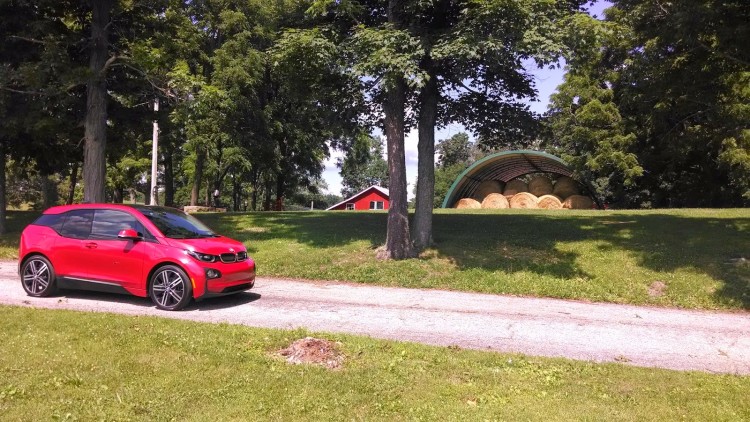 Then there is the driving experience. Of course the car drives the same in any environment, however I contend you simply cannot possibly enjoy the full benefits of an electric car while driving it in the city. I can still remember a few years ago when I was driving my MINI-E home from work one night. I own a restaurant so some nights I drive home late at night after closing and the roads by my house are desolate. This particular summer night I had the windows open and the radio was not turned up too loud. I remember hearing a squeaking sound and thinking there was a problem with the radio so I lowered it a bit but when I did the noise got louder. It was then that I realized the noise was crickets. The car was so quiet, I could hear crickets as I drove along at night as clearly as if they were sitting inside the car with me. I promptly turned the radio completely off and finished my drive home to the chorus of crickets. Five years later I still roll down the windows and turn off the radio on some summer nights, and allow the crickets to serenade me on my way home. It’s about as peaceful and relaxing as anything I can imagine, and I arrive home calm, relaxed and ready for bed. Open the windows of your car in New York City at any time, day or night and you’ll hear horns beeping, people yelling, sirens blaring and car engines racing. You simply cannot appreciate the quietness of an electric car in the city as much as you can in the country because there are so many other loud noises occurring constantly around you that are overwhelming your peaceful retreat to silence. In the country, crickets are about as loud as it gets.

Finally there’s the energy savings. City dwellers don’t drive much because everything is close so they won’t realize the fuel savings as much as those who need to drive farther. I said above that I have driven 150,000 miles in the past five years with my EVs. If I had done that with a car that averaged 30 miles per gallon (which is much more efficient than the average car), I would have spent around $18,500 for gasoline. Instead my electric cars used only about $8,000 in electricity so I’ve pocketed about $10,500 in fuel savings. A typical person who lives in the city would have driven much less than I have and their energy savings would also be much less accordingly. In fact, most people I know who live in the city don’t even own a car, as it is too expensive and just not necessary because of the extensive public transportation system.