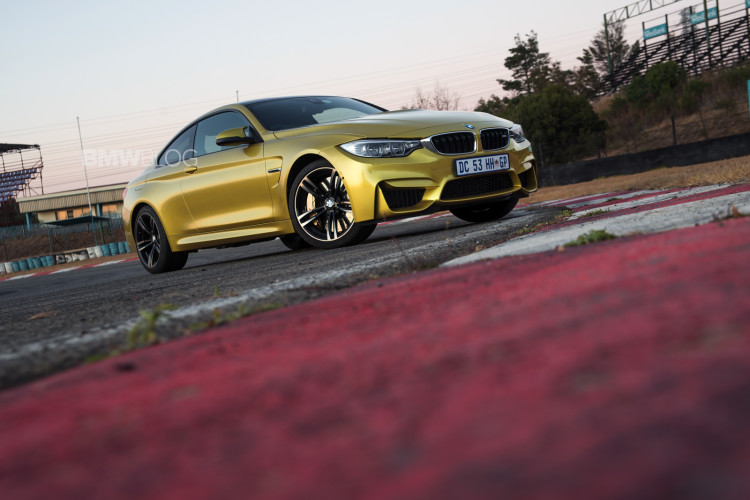 With an odd naming convention, the 2015 BMW

M3 and M4 are not only a part of a new generation of M cars, but also the first to offer the sedan and coupe with two monikers. The new BMW M4 coupe is successor to the iconic M3 coupe and sister car to the four-door BMW M3.

In specifications, the two cars are identical, and in the past M engineers were quick to point out, in performance too. The M3’s center of gravity is slightly higher than the lower M4, thanks to its taller roofline, but when driving them, apparently the slight difference won’t be noticed. After four years in development, the new M3 and M4 graduated with BMW’s latest turbocharged engine 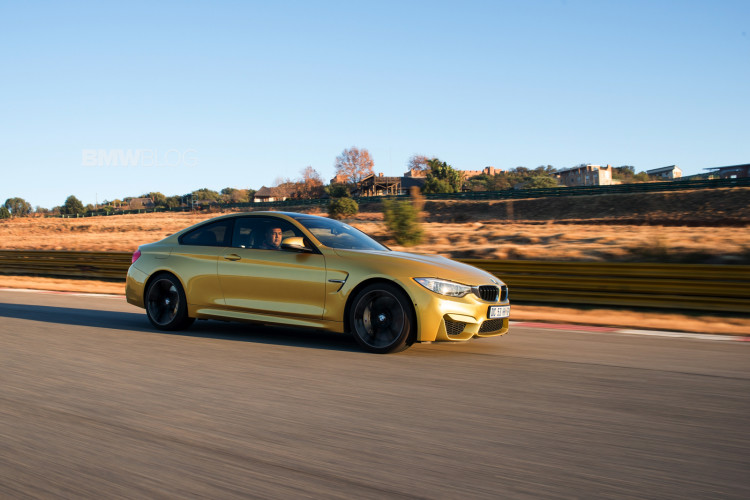 Even though it offers less cylinders and a smaller displacement, 4.0L V8 vs 3.0L straight-six, the new engine and its two turbochargers give it even more oomph than before, while reducing emissions and increasing fuel economy. The torque also sees a significant hike, 110lb ft to 405lb ft between 1850rpm and 5500rpm.

Use of lightweight materials slashes the kerb weight by 83kg to 1497k (3300 lbs) for the manual transmission. The M-DCT gearbox adds 40 kg over the six-speed manual.

The M3 and M4 comes with a variety of well known colors as well as two ones ones: Yas Marina Blue Metallic and Austin Yellow Metallic. The other exterior colors for the M3 and M4 are: Alpine White, Mineral Grey Metallic, Sakhir Orange, Melbourne Red, Black Sapphire Metallic, Silverstone Metallic and Mineral White Metallic.