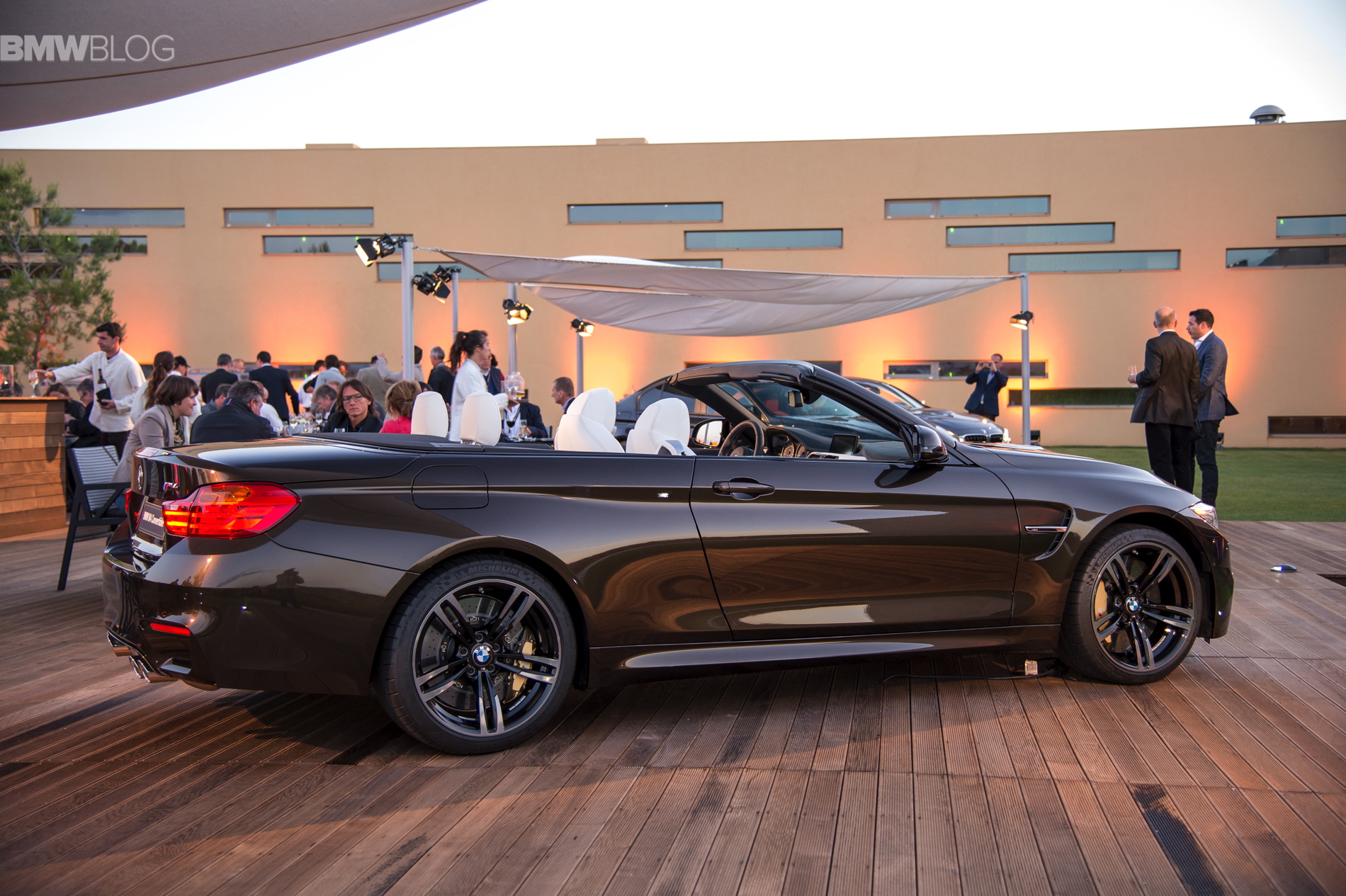 The Goodwood Festival of Speed, 26-29 June 2014, will see a trio of spectacular BMWs drive up the famous 1.16 mile hill.  BMW’s most advanced sport car ever, the new BMW i8, will be seen for the first time in the UK along with the BMW M5 30 Jahre Edition – the most powerful production car in the history of the brand.  With a special M4 Coupé in action too, and a line-up of the hottest new BMW M cars on stand, this summer’s Festival promises one of the most exciting displays ever for the Bavarian manufacturer. 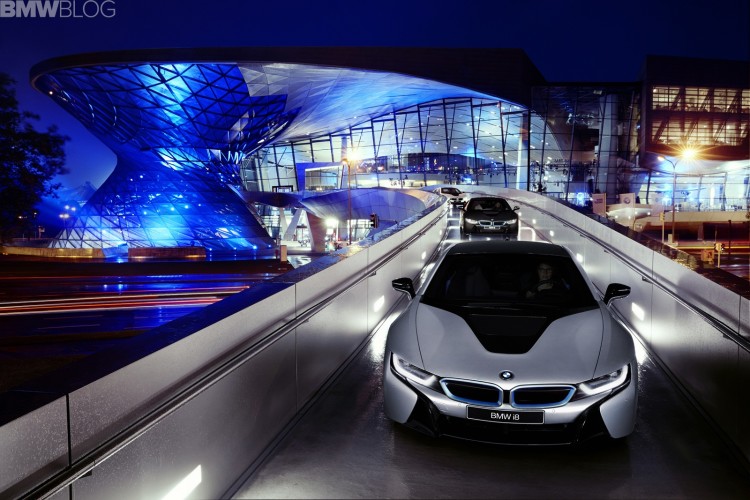 The new BMW i8 will steer its way up Goodwood’s hill, showcasing the searing acceleration of the new plug-in hybrid sport car. The BMW i8 uses a three-cylinder turbocharged petrol engine, with a 1.5-litre capacity, in conjunction with an electric motor that takes BMW’s EfficientDynamics philosophy to a new high. Utilising both power sources enables the sprint from zero to 62mph to take just 4.4 seconds, going on to an electronically limited top speed of 155mph.  All the while combined fuel consumption stands at 135mpg and CO2 emissions come in at 49g/km.

With the introduction of optional BMW laser headlights, the BMW i8 is the world’s first production car to offer this innovative lighting technology. The BMW i8 launches in the UK in July 2014,  costs £99,845 OTR and will qualify for a HM Treasury Plug-In Car grant of £5,000. At the wheel of the BMW i8 in the ‘Supercar’ category will be British born factory BMW GT driver, Alexander Sims.

To celebrate 30 years of the BMW M5, BMW has created an exclusive, special-edition of the current, fifth-generation model boasting performance that sets it apart from its stablemates. The BMW M5 30 Jahre Edition (30 years of the M5) will be produced in a limited run of just 300 vehicles worldwide. Only 30 cars will come to the UK.

Developing 600hp and peak torque of 700Nm, this special-edition (combined fuel consumption 28.5mpg; CO2 emissions: 231g/km) is not only the most powerful BMW M5 ever to emerge from series production under the auspices of BMW M, but also the most powerful production car in the history of the brand. The M5 30 Jahre Edition sprints from zero to 62mph in a lightning fast 3.9 seconds. Its BMW Individual-inspired looks and dynamic and comfort-enhancing equipment make this special edition M5 set to be a highly desirable collector’s item.

The M5 30 Jahre Edition represents a new high point in 30 years of success that began at BMW Motorsport GmbH in Munich in 1984, and continues to raise the pulses of car fans around the world today. It is on sale now and costs £91,890 OTR. At the helm of the BMW M5 in the ‘First Glance’ category at Goodwood will be one of the UK’s best ever international racing drivers, Steve Soper.

An Individual M4 in action

The first ever BMW Individual M4 Coupé built for the UK will premiere at Goodwood. The Tanzanite Blue metallic Coupé will be the first M4 built in a BMW Individual colour and with a Merino leather upholstery interior from the BMW Individual Collection.

Components from the new BMW M Performance Accessories range, which launches on 12 September 2014, have been provided to significantly add to the M4’s aerodynamic and athletic appearance. These include a carbon-fibre front splitter, carbon-fibre rear spoiler, carbon-fibre rear diffuser and carbon-fibre wing mirrors. The distinctive look is complemented by the M Performance sports exhaust, with Titanium exhaust trims, and by interior enhancements including an Alcantara steering wheel with race display.

Built especially in time for the Festival of Speed, the vehicle’s specification was chosen by fans of ‘PistonHeads.com’ and two lucky competition winners will drive the car up the hill as part of the Moving Motor Show. During the Festival, in the ‘First Glance’ category, the car will be driven by one of the UK’s best known television presenters and ex-racing driver, Tiff Needell.

The BMW Pavilion will host the fifth-generation of the iconic high-performance sports car from BMW M. The new BMW M3 Saloon and new BMW M4 Coupé will entice visitors to an already exciting stand featuring the BMW i8, the special anniversary M5 30 Jahre Edition, other models from the company’s M division, and two UK premieres. 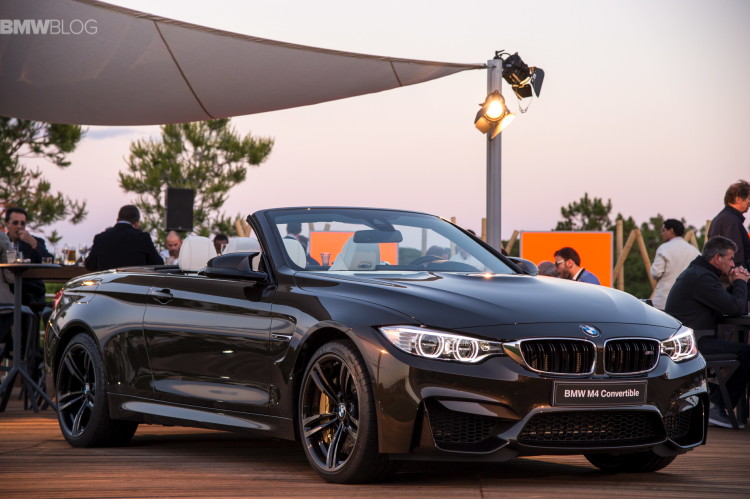 The M4 Convertible exhibits all the hallmarks of a car created by BMW’s high-performance specialists – lightweight engineering, carefully honed aerodynamics, advanced race-derived chassis tuning and electronic driver assistance technologies and a sporty elegant profile, open or closed. The BMW M4 Convertible launches in the UK on 6 September 2014, priced at £60,745 OTR.

On stand too will be the new BMW X4. It combines the hallmark features of the BMW X family with the sporting elegance of a classical coupé, resulting in BMW’s first Sports Activity Coupé (SAC) for the premium mid-size segment. The BMW X4 arrives in dealerships on 12 July 2014 and will be priced from £36,595 OTR for an X4 xDrive20d SE.

Whilst Alexander Sims, Tiff Needell and Steve Soper will all be aiming for a quick run up the hill, they will also be in the BMW Pavilion for interviews and autographs. They will be joined by legendary Formula 1 commentator, Murray Walker OBE, and by presenter for BT Vision’s Premier League football coverage, Jake Humphreys. Visitors with a culinary interest will also be in for a treat: the BMW Pavilion will also host one of the world’s best chefs, Jason Atherton, for a series of interviews.

Once again this year, BMW and MINI owners will be able to access the exclusive BMW Owners’ Lounge, on the first floor of the Pavilion, by presenting their keys at the entrance.

Visitors will also be able to view the BMW Dashboard – an imposing 10 metre LED screen that will form the main focal point of the BMW Pavilion. This will contain live feeds from Instagram, Twitter, show weather updates and will also be interspersed with interesting BMW and Goodwood facts. Performance-oriented fans will be able to play on a BMW simulator game pod, whilst fans of BMW M will be able to enjoy the Heritage totem – an interactive totem that takes visitors through the history of BMW M.