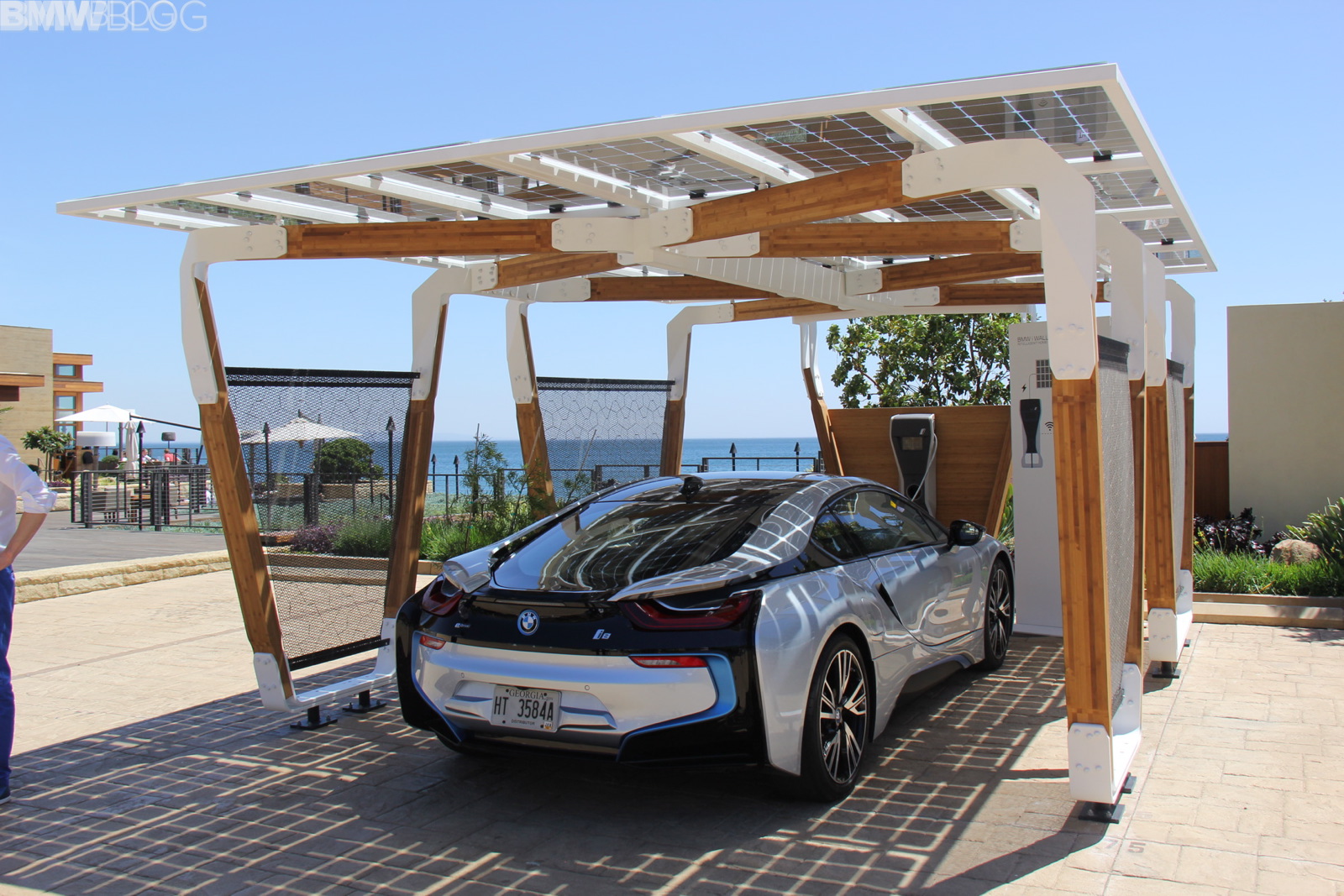 BMWBLOG interviewed Julian Lienich, Head of BMW 360º for the U.S. and Canada about this sleek modern looking solar charging Carport.

Lienich walked us through the use of bamboo wood structure which when combined with steel reinforcements provide the structure to support a glass roof. This glass roof structure that contains solar panels is called “glass-glass solar modules.” They are made of clear glass in the segments not containing actual solar photovoltaic modules. This allows some natural light into the Carport while giving us a break from the sun in Malibu.

The solar power generated is then delivered to the BMW i Wallbox Pro where we could actually see in a live readout how much power was being generated by the sun as well as how much was being pulled from the grid to charge our i8. 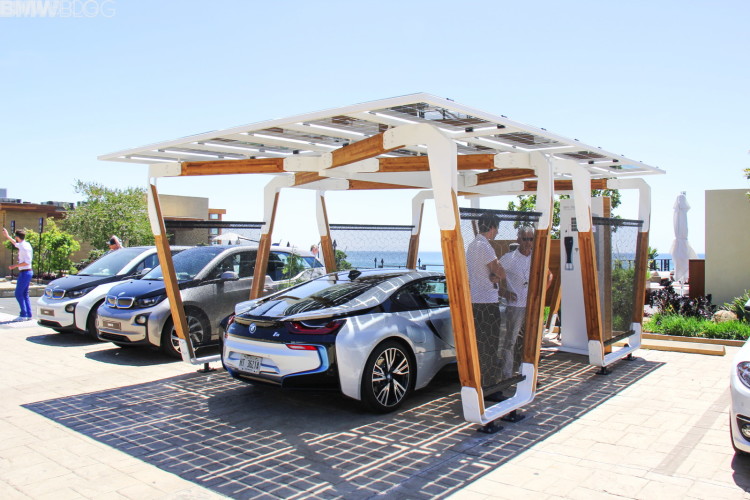 As we reported last November, BMW is rolling out their 360º Electric Program to coincide with the launch of the BMW i cars. This program will help the the i3 and i8 owners to keep their cars charged, easing the transition into the electric-powered mobility. A cool surprise for BMWBLOG while we were testing the i8  was actually hooking the car up to this new BMW Group Designworks USA solar charging station during our lunch break. This new solar charging station has not been seen or publicized before and it incorporates a gorgeous design and enough power on a sunny day to charge your i8 or i3. 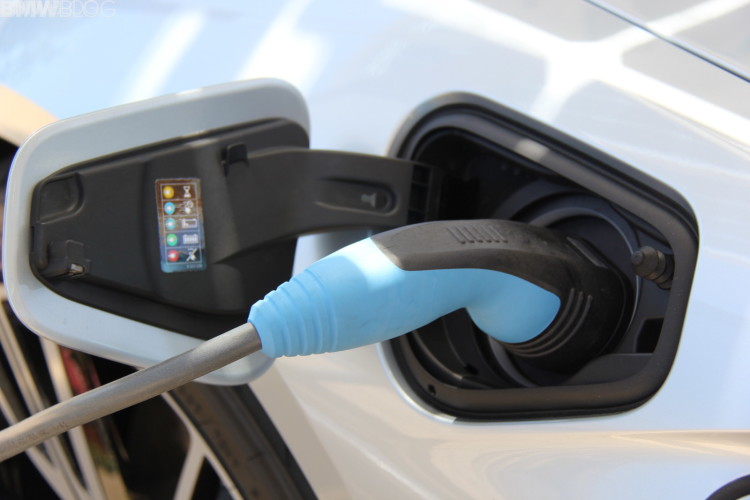 The BMW i8 we were given for the day was charging with a combined 3.4 kW, where 2.8 kW was coming from solar and 0.6 kW from the grid. If you so desired, you could make the BMW i Wallbox Pro use only solar to charge your BMW. No word yet on pricing of this über cool solar charging carport or when it will be available.

The BMW i Wallbox Pro allows customers to set up different user accounts keeping tabs on their energy usage. Further, usage can then be transferred via email, say for billing purposes. It can also be configured for several users via PIN codes.

Take a look at our video where we talk with the head of BMW 360º as he hooks our i8 up to a solar. 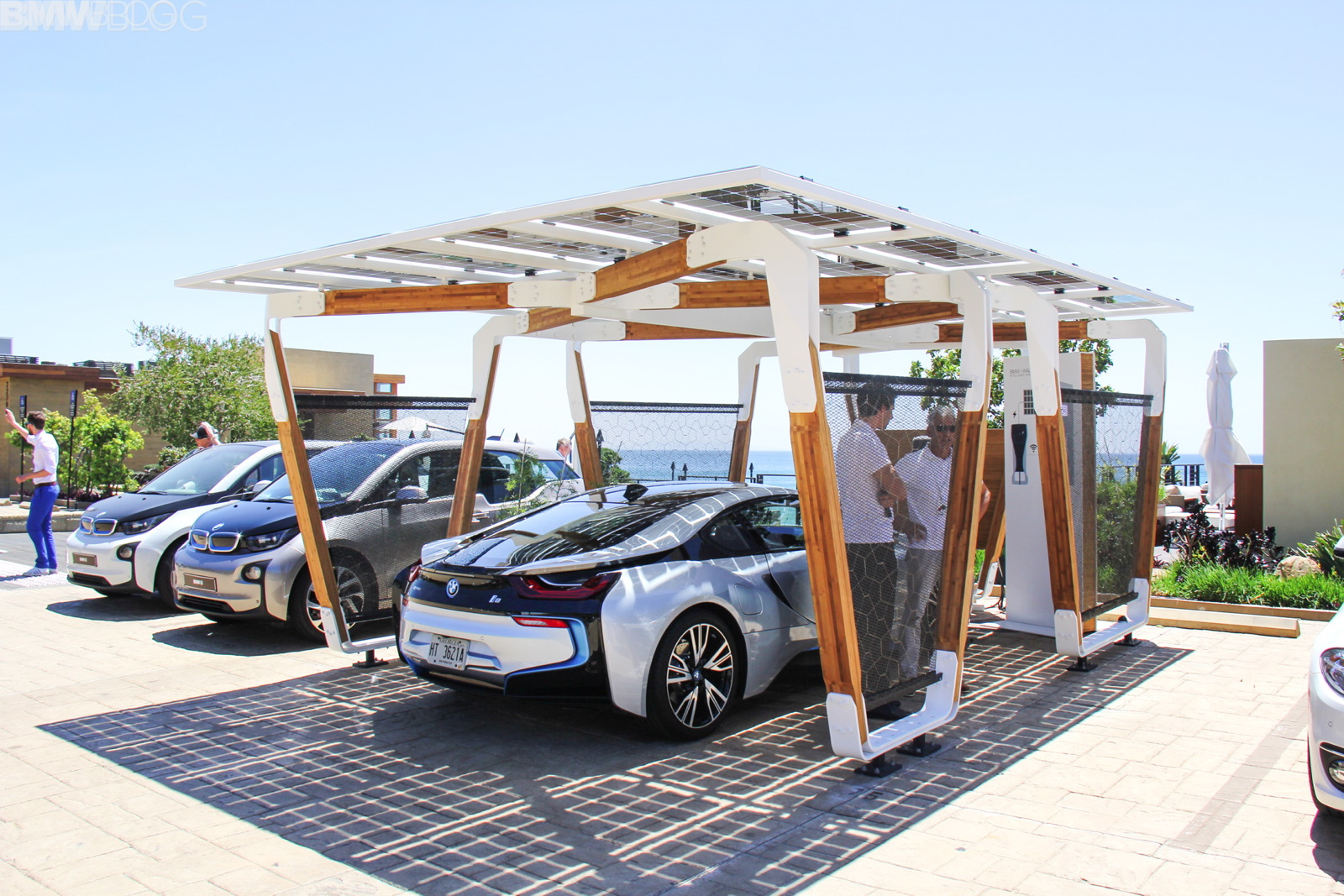 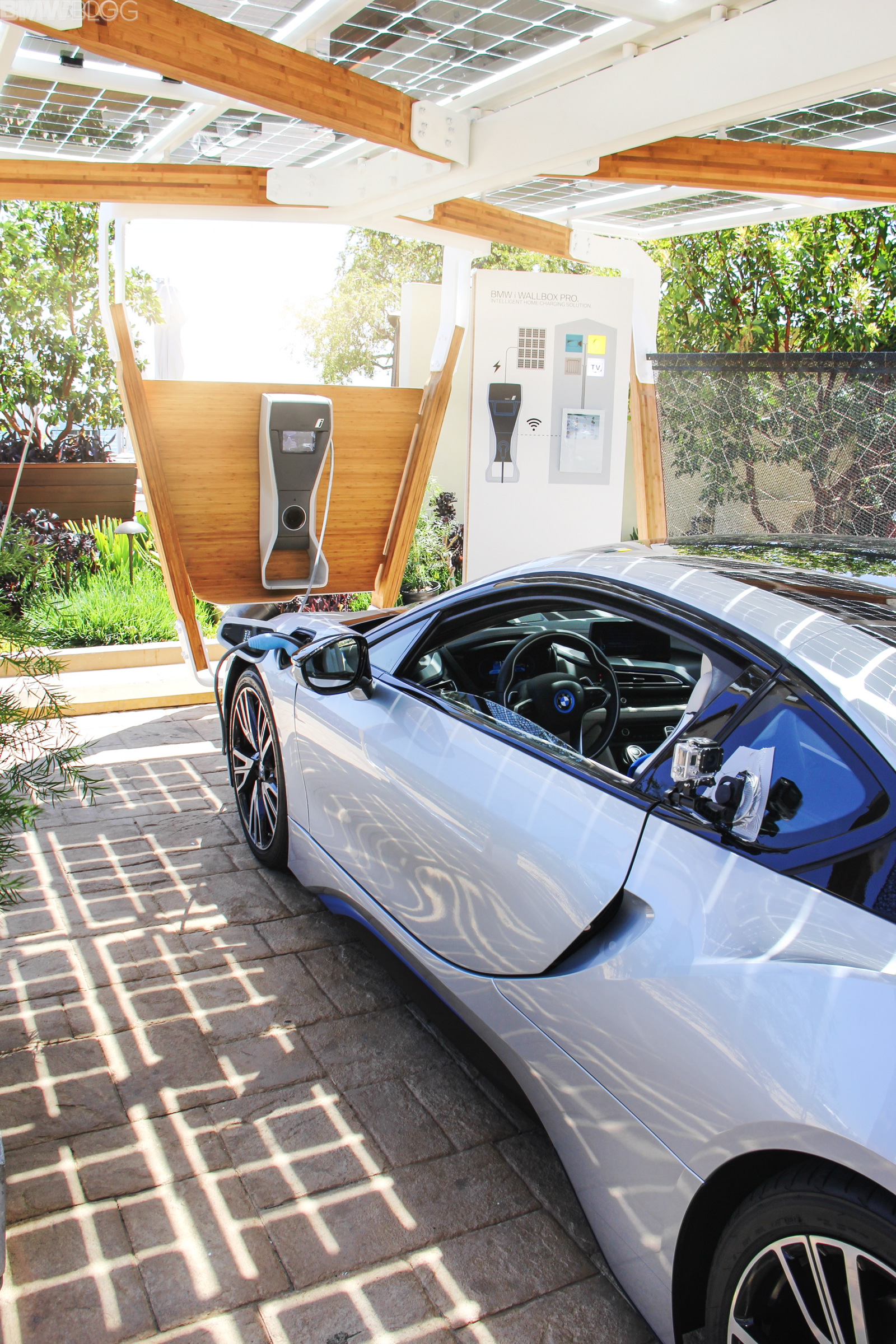 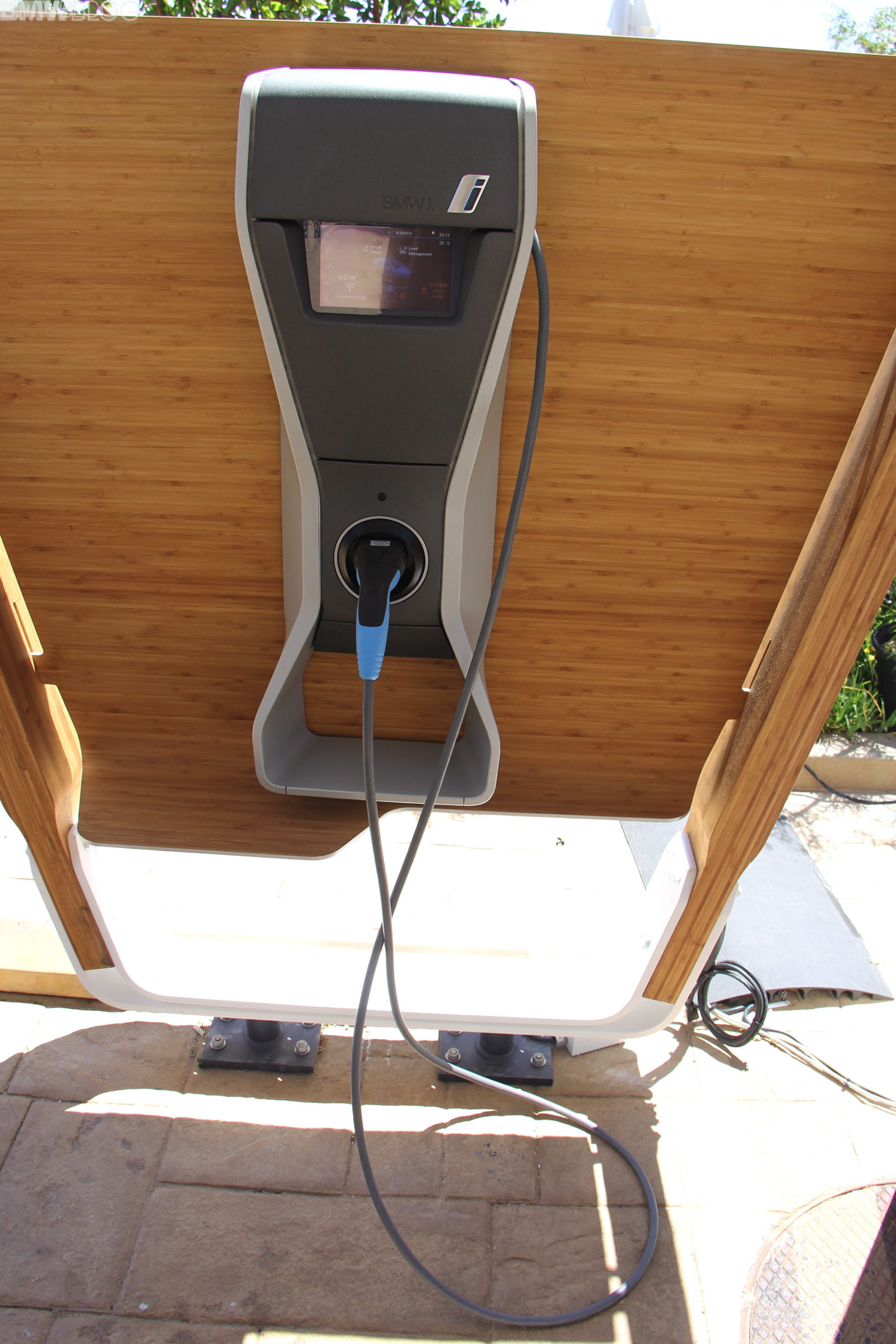