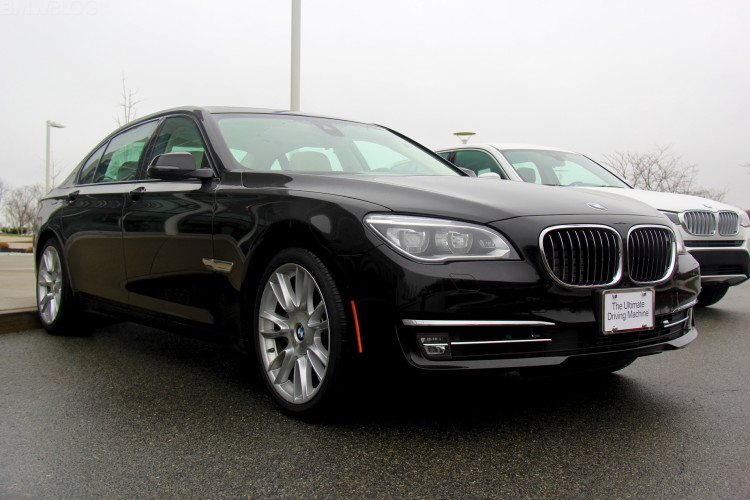 Walking up to the brown 2014 BMW 740Ld xDrive in the rain at BMW’s U.S. headquarters, I was remarking that, though it still looks good, the new Mercedes S-Class has leapfrogged it. Then, I opened the door and my jaw dropped. I have never been handed the key FOB to a BMW Individual car before and as I slid in, I suddenly felt as if I knew what it was like to be transported in complete luxury, like the 1% of rich people in the US.

I don’t recall seeing a 7 Series with an interior this beautiful since the 2002 760Li Yachtline by BMW Individual. 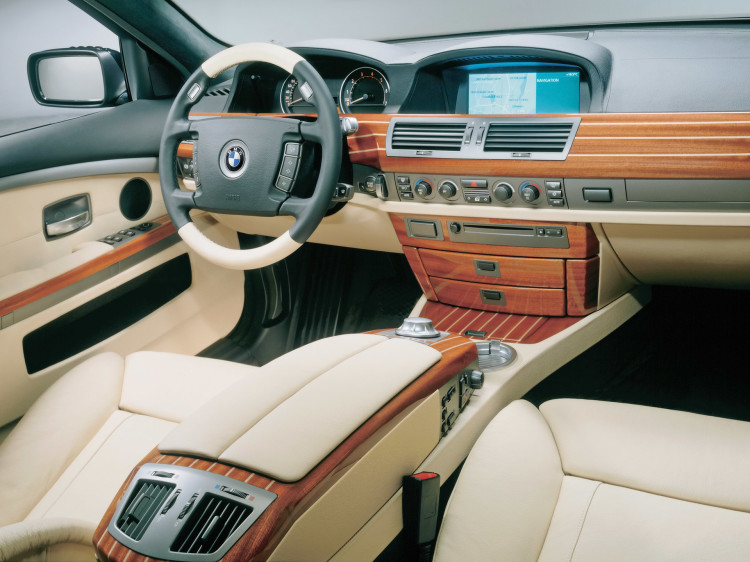 The 2014 740Ld xDrive BMW Individual test car interior was clad in Platinum full leather with Walnut Honey Wood accents and black plush carpets. The Alcantara headliner of the cabin was in upholstery color and felt like, well felt. The steering wheel, a BMW Individual wood inlay steering wheel, is a mere $800 option and a veritable bargain. iDrive and Navigation are included as well as a back up camera that predicted path give your steering input. I found this very helpful as after my drive was done I had to park the 17 foot Bavarian Limo in a tight space between some cones, an island and an i3 that was my next drive. 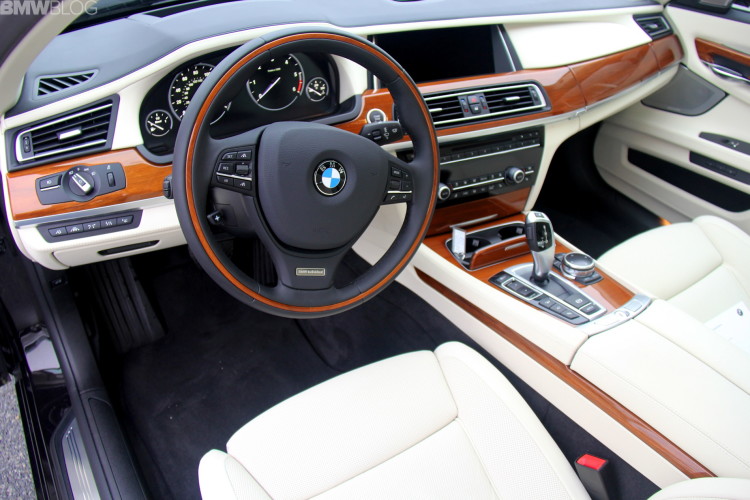 The $3700 Bang & Olufsen Sound System is an insanely good 16 speaker system which is worth it just to see the speaker pop out of the dash. Some of the speakers can be configured to illuminate. Luxury Rear Seating Package adds to the opulence with massaging, heated rear seats that are of course ventilated. The $2,800 Rear-Seat Entertainment with its own iDrive controller and LCD screens complete a back seat you won’t want to leave. 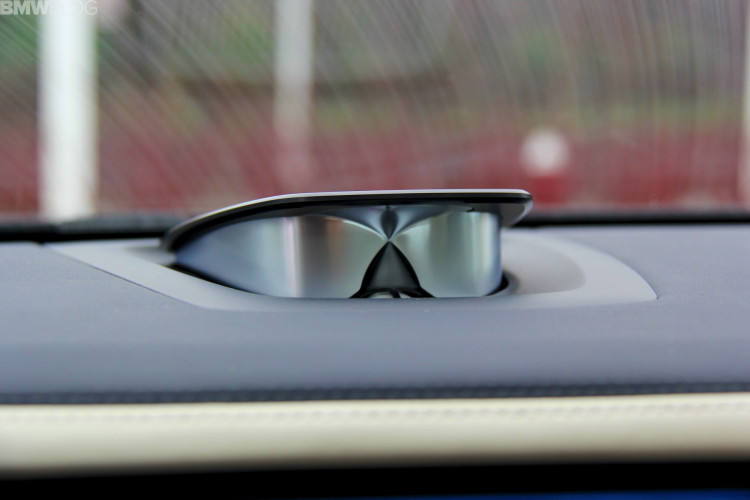 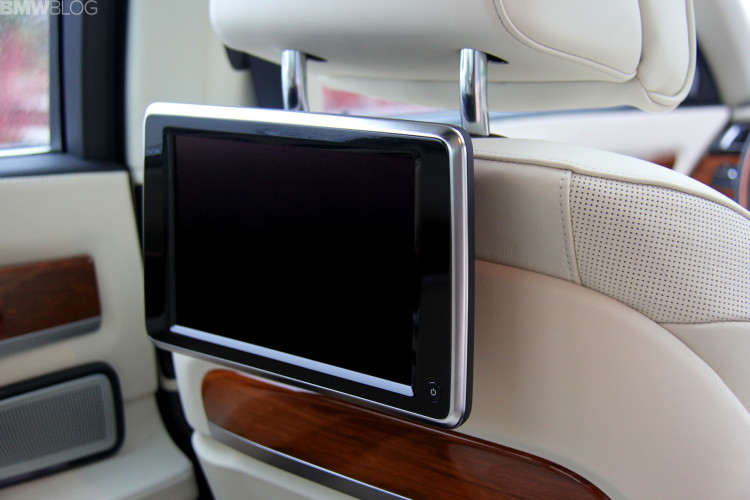 The 7‘s wheels are 20” light 7 double V style 301 alloy wheels with BMW individual labels on them. The only hint to what lies with-in are these bespoke wheels and a small BMW Individual rear badge. 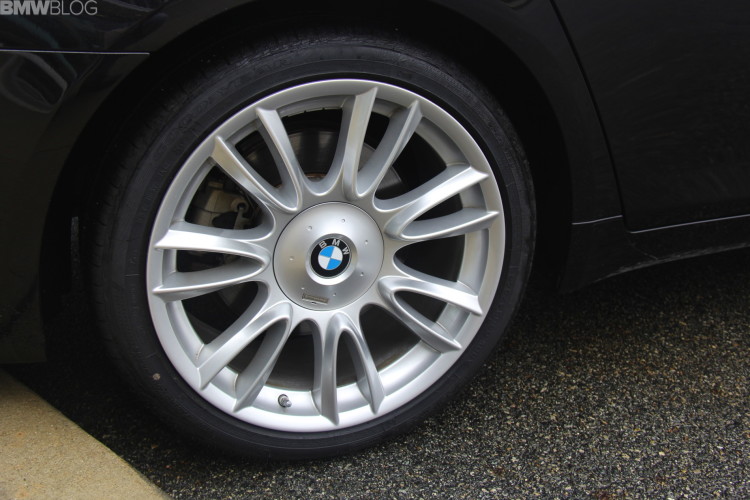 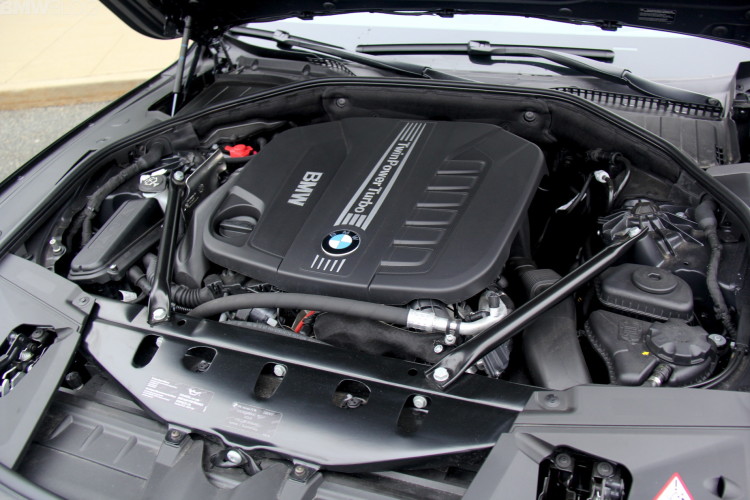 This new engine variant now uses a variable geometry turbo instead of two turbos. BMW claims this combination of all-wheel drive and power delivers an astonishing 0-60 time of 6.1 sec. I say astonishing because this 704Ld xDrive weighs 4685 lbs sans options. This fantastic motor was named to 2014 Ward’s 10 Best Engines. This same motor now resides in the new 535d and the X5 xDrive 35d. The 740Ld has a 21.1 gallon fuel tank capacity. Official EPA fuel mileage hasn’t been released yet, but we were told to expect a 25-30% increase over the gasoline variant.

Surrounding BMW North American Headquarters is a private road with rolling hills. I found myself repeatedly coming to a complete stop and stomping on the gas and being blown away by how fast this hulk of a machine could launch itself. The combination of 413 lb-ft of torque and all wheel drive deliver a very surprising whomp of thrust, even on wet roads. Being a typical BMW, I knew the brakes would be up to the task of handling the weight and speed because as soon as I hit 60 mph, I hauled the big beast back to a stop laughing in disbelief. Oh yes, time to launch it again. What a hoot! 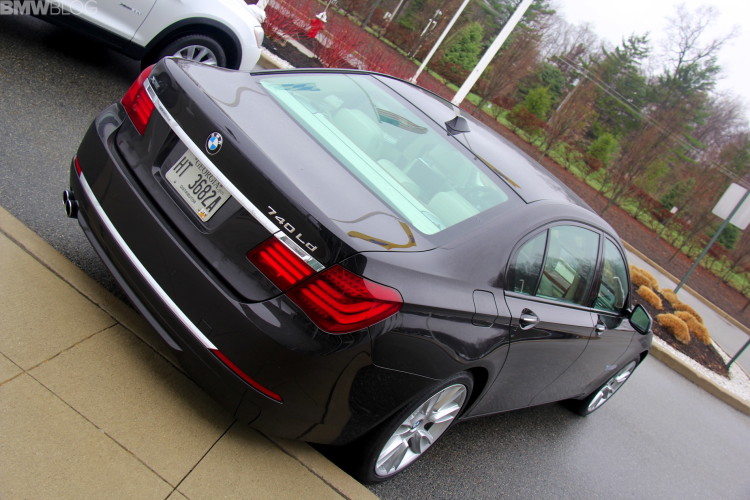 Next I headed out to public roads where such hooliganism was not repeated thanks to Head-Up Display reminding me of the speed limits. Instead, I focused on its most probable mission in life, luxurious cruising regardless of the weather. The chassis has five different settings you can set via Driving Dynamics Control button by the shifter. I preferred Sport or Sport + as I though the others were a bit too floaty but realize the softer settings are requisite in this class of vehicle.

The new Mercedes S-Class is absolutely crushing the competition in this segment with its sales alone exceeding BMW 7, Audi A8 and Lexus LS combined. I am still impressed that BMW would put the effort to bring this motor for the 7 Series in the waning years of it’s life. Given the gorgeous concepts coming out of Munich lately, such as the BMW Vision Future Luxury Concept  and the BMW Gran Lusso Coupe, BMW looks to be gearing up for the next round. 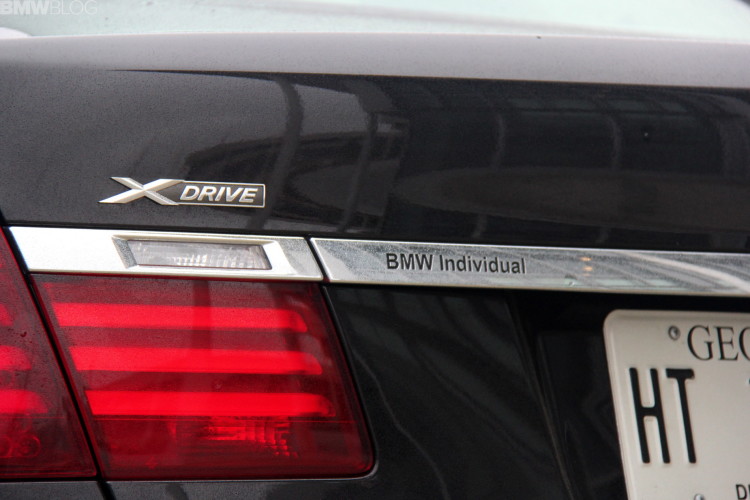 The BMW 740Ld should hit show rooms spring of 2014. If BMWNA’s stated 25-30% improvement on 740Li figures are correct, it will offer 24 city and 35-36 hwy fuel consumption. Though there was no window sticker on the test car, going to the BMWUSA website and building a car just like the one I drove will ring up at least a $111,875 tag.