BMW announced today that the BMW 7 Series would become the latest model line to benefit from BMW Advanced Diesel technology in the US in the form of the BMW 740Ld xDrive Sedan. The new model will feature BMW’s 3.0-liter TwinPower Turbo diesel engine in the long-wheelbase 7 Series body and will include xDrive, BMW’s intelligent all-wheel drive system.

The 2014 BMW 740Ld xDrive Sedan will have a Manufacturer’s Suggested Retail Price of $83,425, including $925 destination and handling. It will make its US auto show debut at the Chicago Auto Show in February 2014 and arrive in US showrooms in Spring 2014.

The 3.0-liter inline-6 BMW Advanced Diesel engine with BMW TwinPower Turbo technology makes 255 horsepower at 4,000 rpm and 413 lb-ft of torque from 1,500 – 3,000 rpm. It is mated to an 8-speed automatic transmission. The BMW 740Ld xDrive will accelerate from 0-60 mph in 6.1 seconds. US EPA fuel economy estimates are not yet available, however, other models equipped with this engine have seen a 25 – 30 percent improvement in fuel efficiency over their direct gasoline-powered counterparts. Standard features like Driving Dynamics Control with Eco Pro mode and Auto Start/Stop will help the driver to reduce fuel consumption in real-world driving situations.

Through the latest in advanced diesel technologies and the use of weight-saving aluminum block and head designs, BMW’s Advanced Diesel powerplants represent a key component of the BMW EfficientDynamics strategy for the reduction of fuel consumption and emissions while providing exceptional BMW driving dynamics. 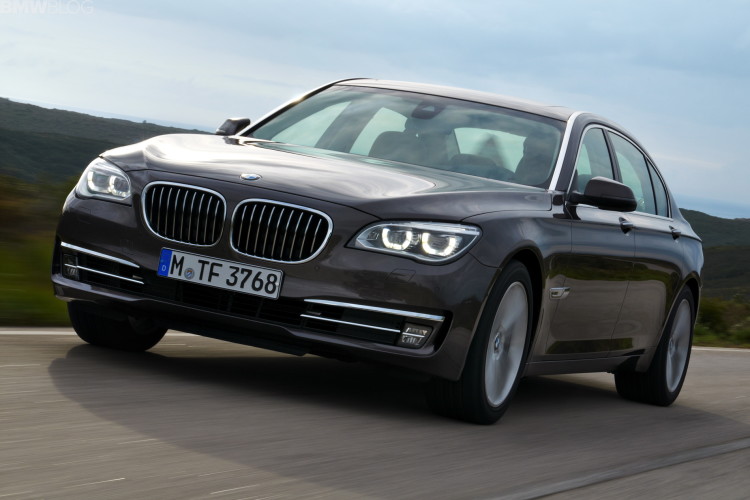 The engine uses the latest generation of electronically controlled high-precision diesel injection system. The system plays a significant role in the reduction of fuel consumption as well as exhaust emissions. The normal operating pressures reach as high as 1800 bar (26,107 PSI) and the fuel injectors can deliver multiple injections over extremely short durations of time, helping to reduce exhaust emissions. 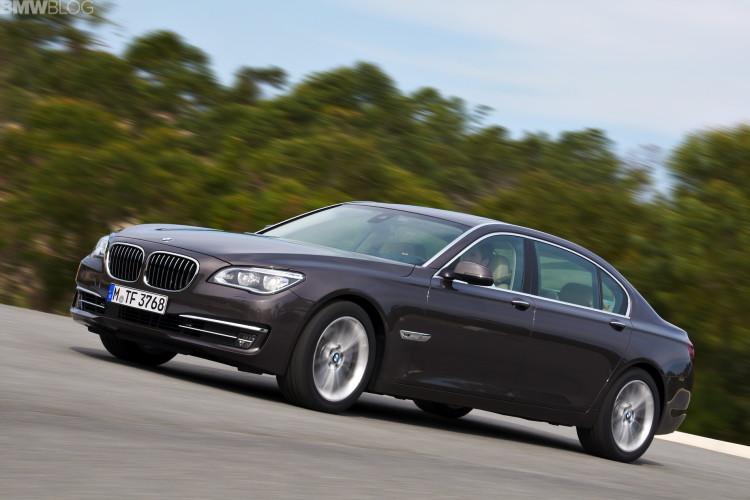 The exhaust gas treatment system is specifically designed to comply with ULEV II emission standards. It uses a combination of a Nox Storage Catalyst, Diesel Particulate Filter, and the Selective Catalytic Reduction (SCR) system with no fewer than nine specific sensors working in concert to keep exhaust emissions to an absolute minimum.

The all-aluminum crankcase and hollow camshafts not only save weight, they also contribute to noise and vibration reduction. Additionally, the timing chain is placed at the flywheel end and not toward the front of the engine which further reduces rotational vibrations. 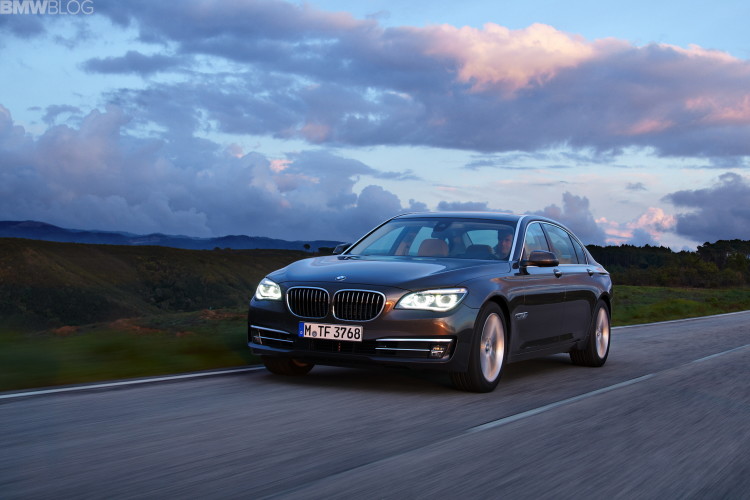 The 2014 BMW 740Ld xDrive Sedan will make its US auto show debut at the Chicago Auto Show in February 2014 and arrive in US showrooms in Spring 2014. 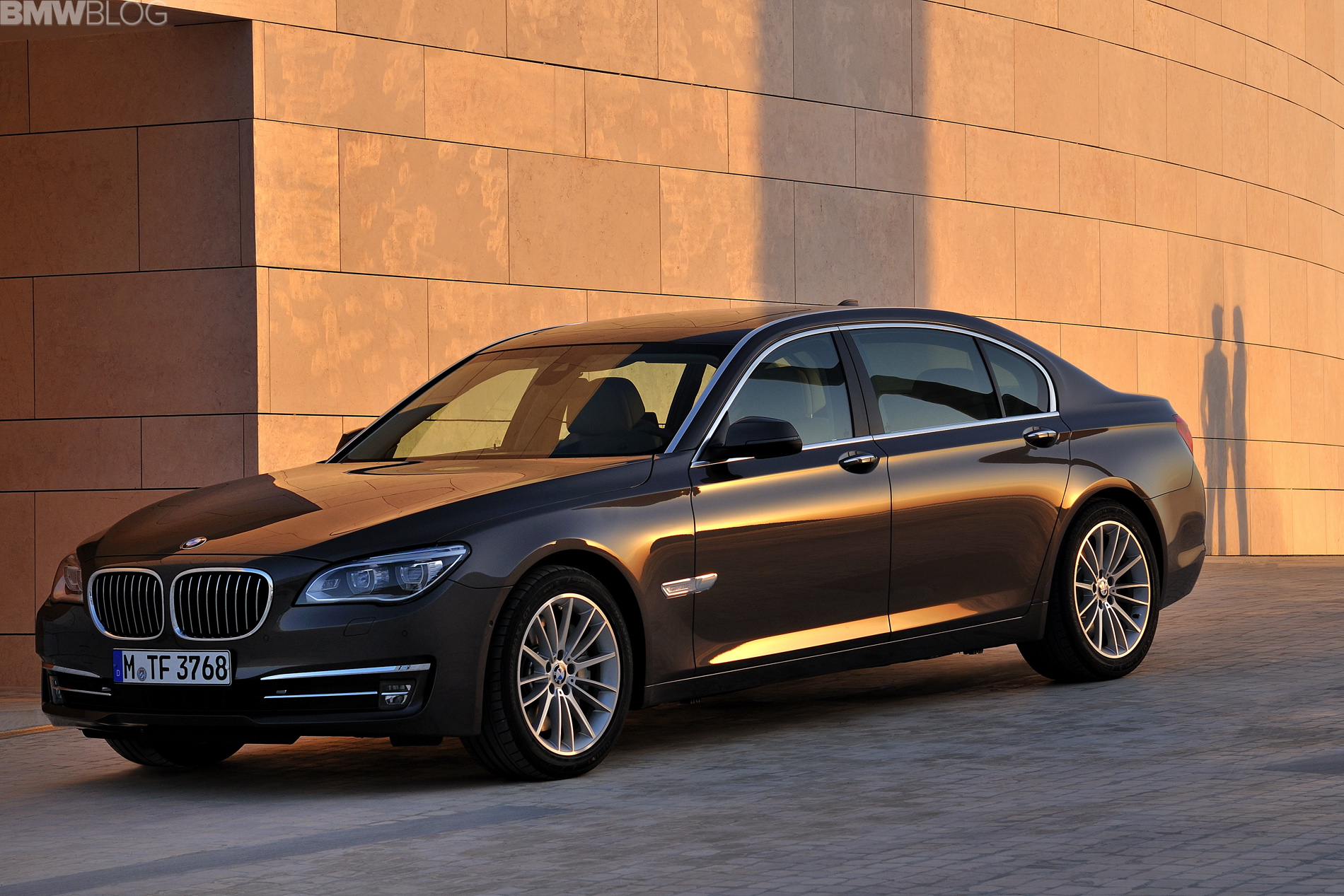 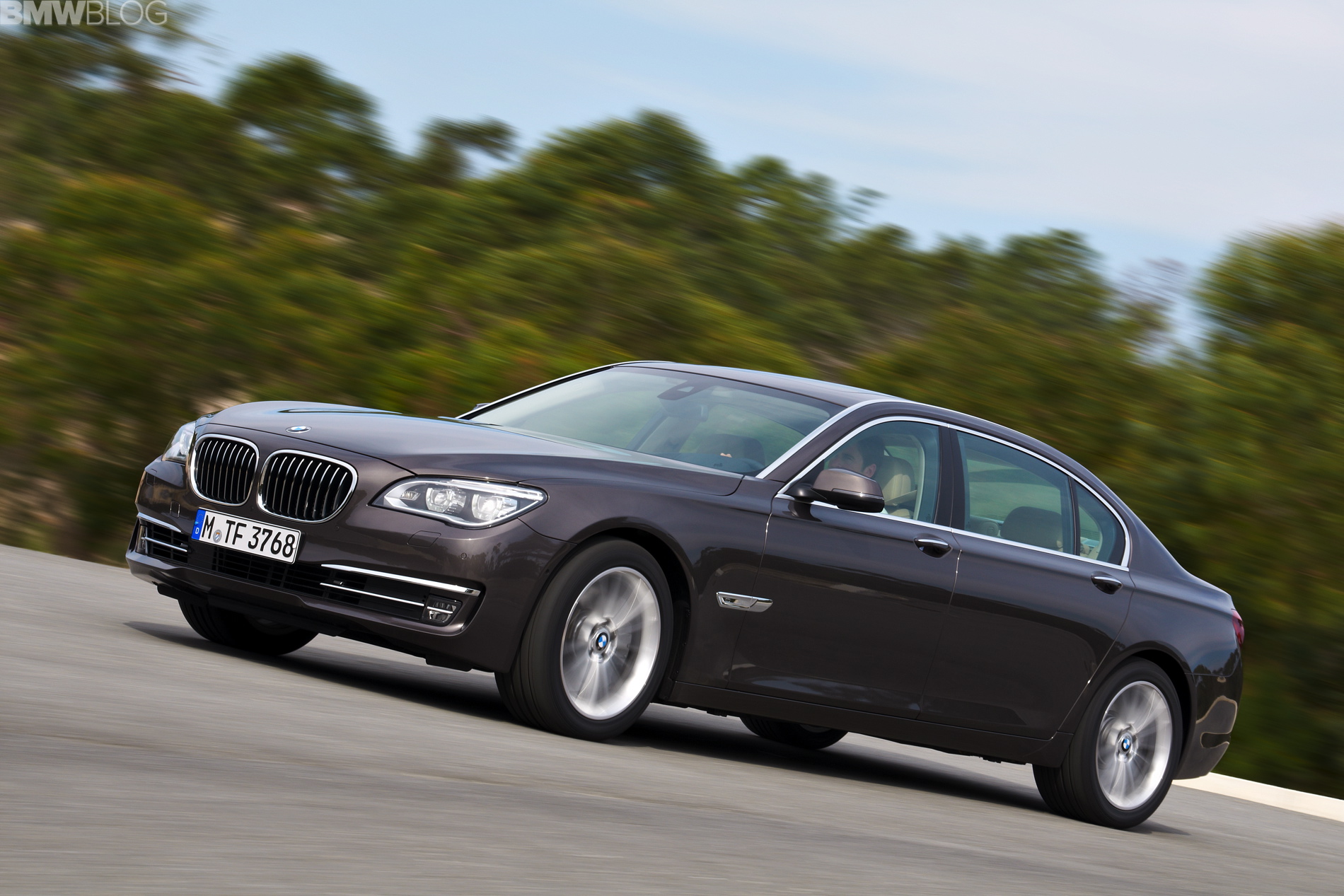 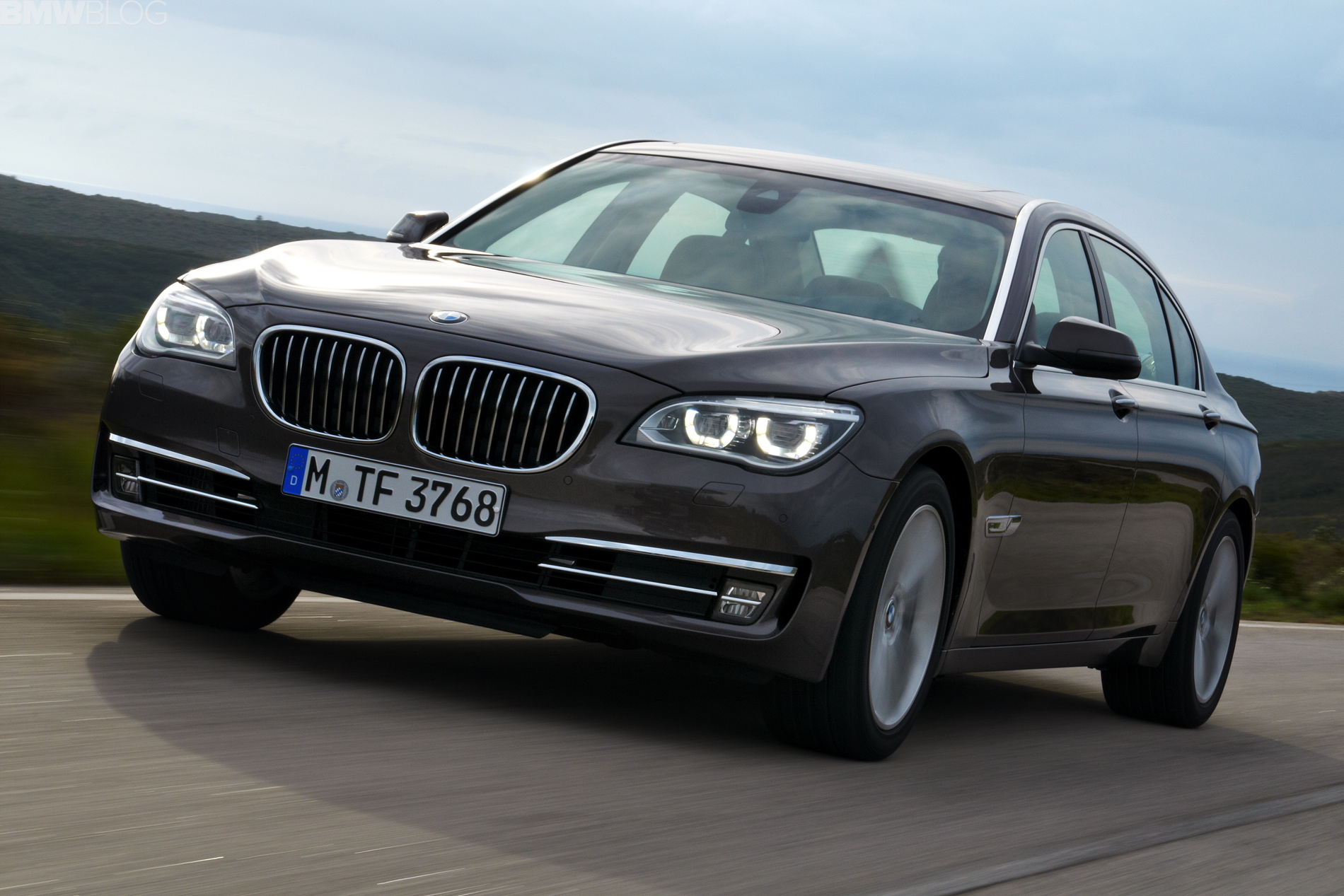 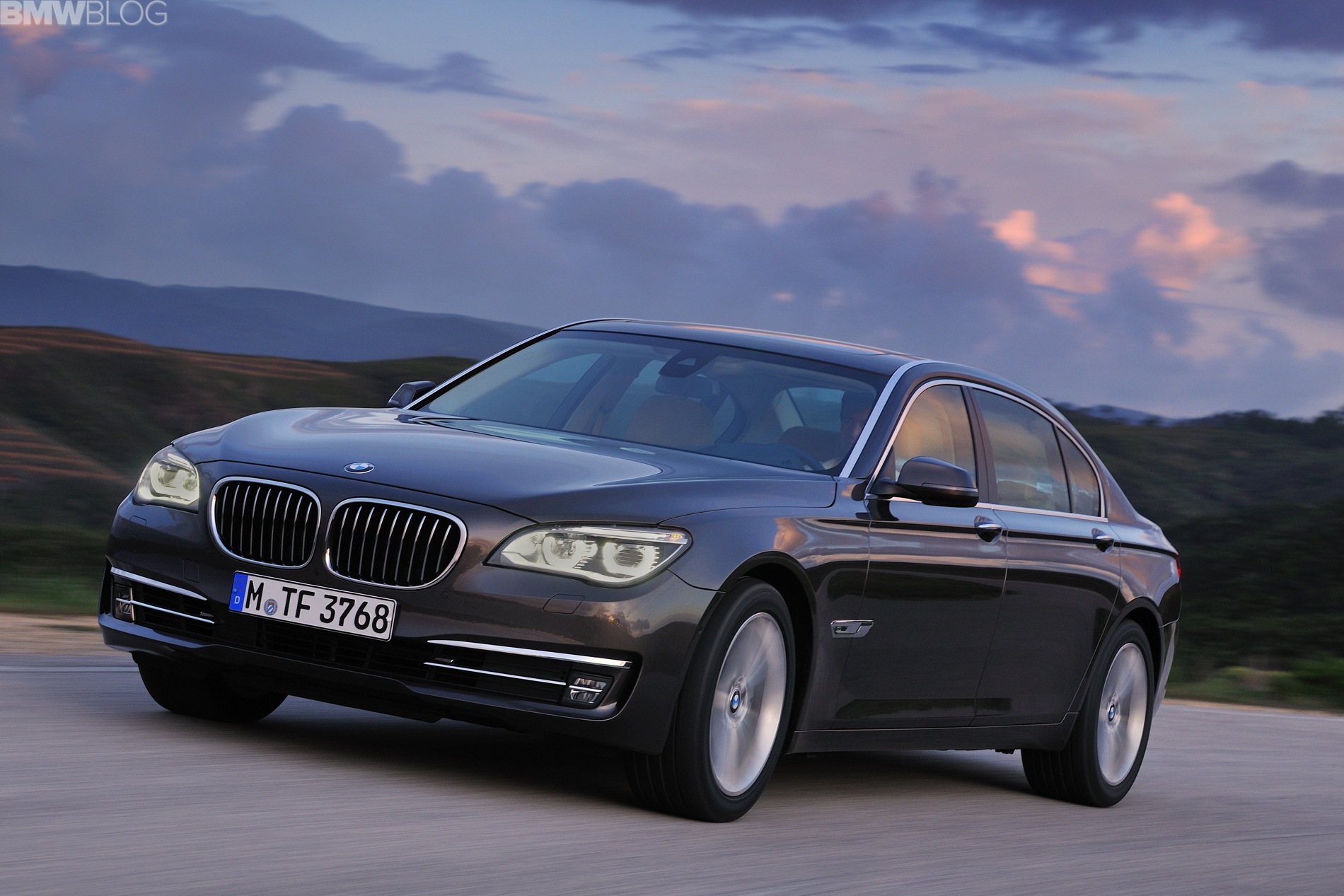