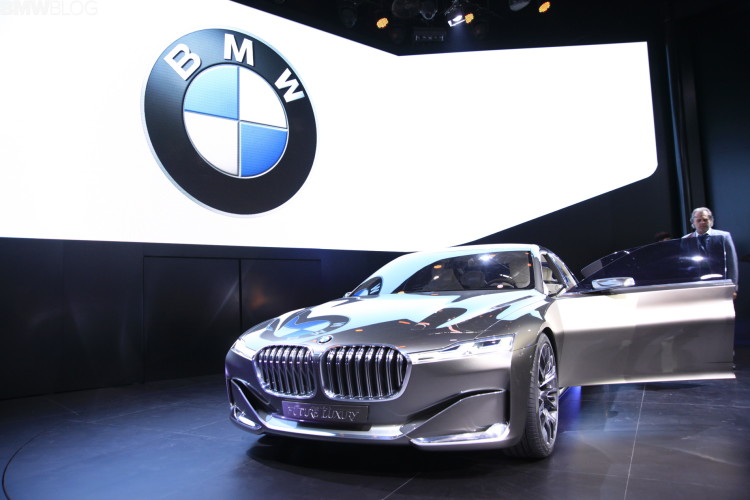 Built one an one-off platform, the concepts reveals an outstanding exterior and interior design, along with innovative technology, lightweight engineering and a seamlessly integrated user interface and driving experience. 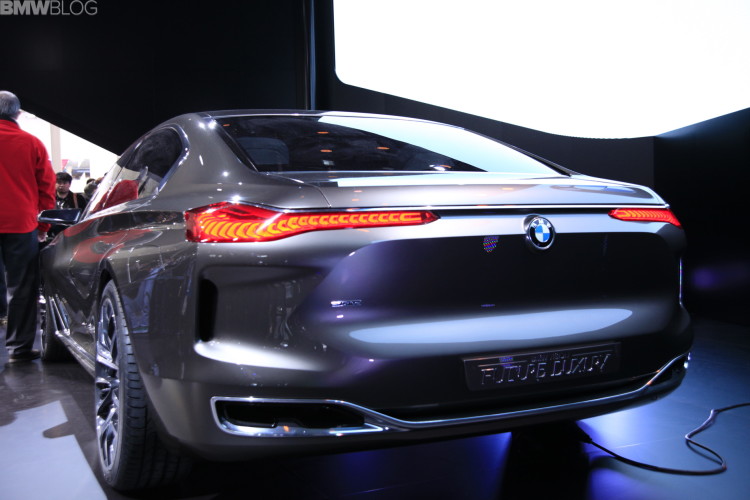 In the back, two Rear Seat Displays set into carbon surrounds, and a detachable Rear Seat Touch Command Tablet, put the finishing touch to the integrated user interface concept of the BMW Vision Future Luxury. We learned that this is not an Apple-powered operating system.

The car is painted in Liquid Platinum Bronze color, a first for a BMW vehicle. 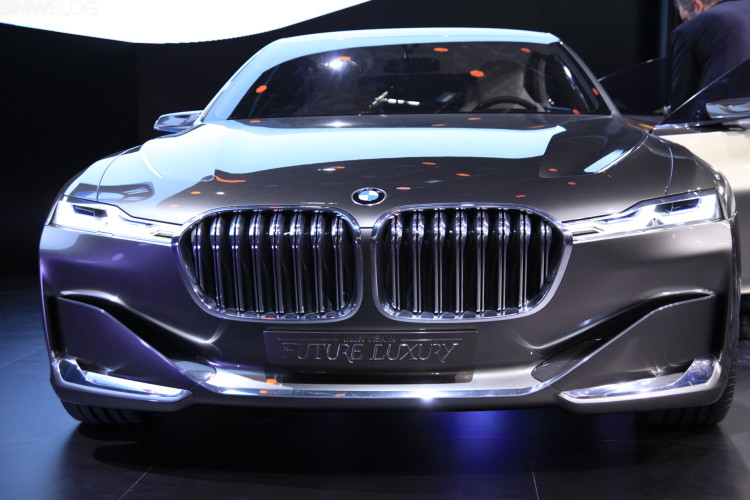 For the first time on a BMW the rear lighting is provided by organic LEDs, paving the way for a completely new treatment of the typical BMW L-shaped lights. The BMW Vision Future Luxury’s L-shaped rear lights comprise a large number of small, likewise L-shaped OLEDs.