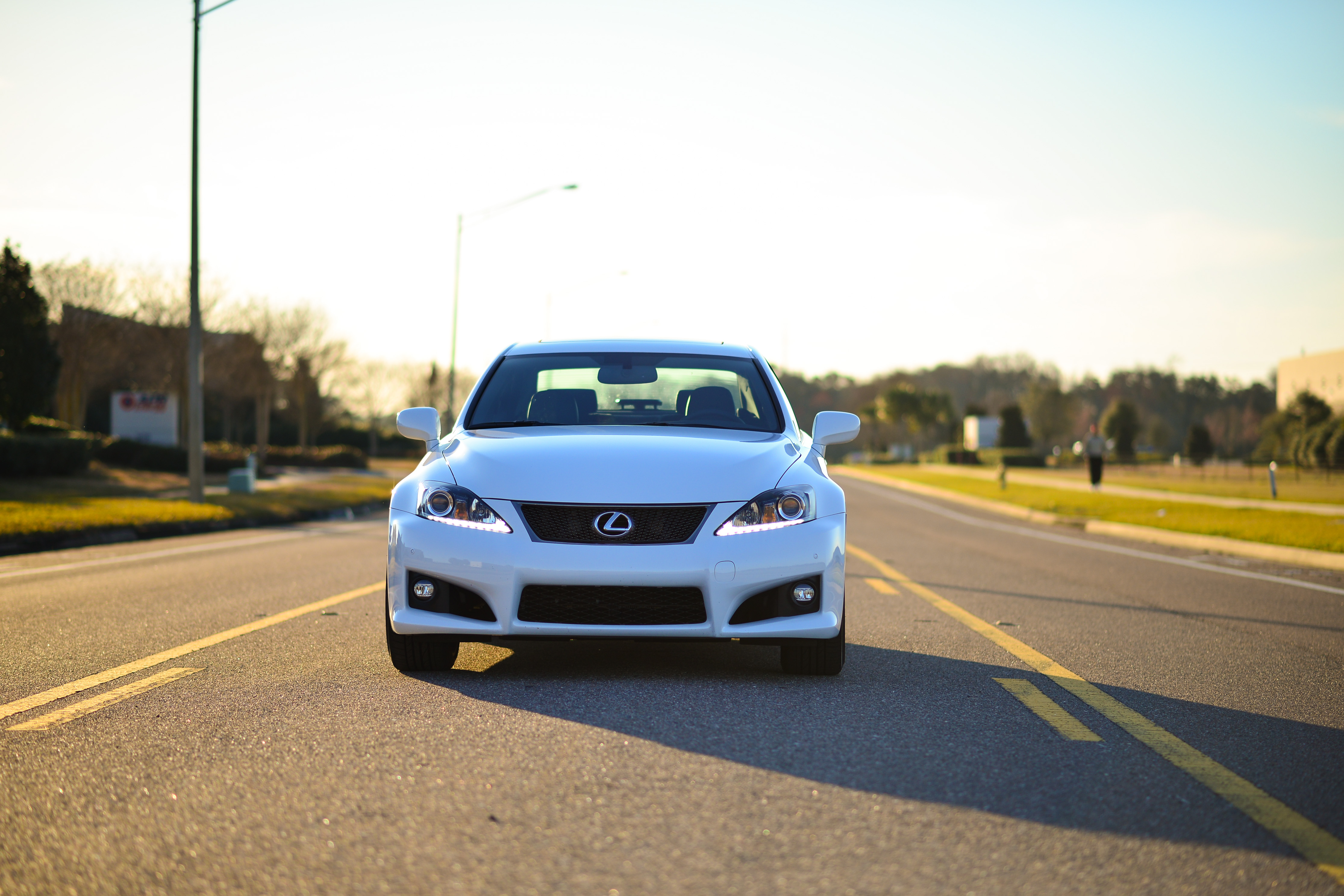 Lexus is a relatively young brand in the grand scheme of the luxury market. The year was 1989 and while BMW was just launching an M car assault on North America, Toyota was launching its first attempt at a luxury car to challenge the likes of the Germans. They were a small upstart launching with the LS sedan. 25 years later I found myself sitting behind the red leather trimmed wheel of their latest offering to, of all things, potentially battle with the venerable M3 which is going on its 26th year in the North American market.  Ahead of me a big 5.0 liter V8 and aft four oddly shaped, stacked exhaust tips protruding from the rear valence. The car I’m driving? The 2014 Lexus IS F.

The IS F is an interesting car, too. It’s the first endeavor by Lexus into the M/AMG/RS car territory in the company’s short history. Stuffed into the chassis of the second generation IS sedan is a massive 5.0L V8 coupled to an 8-speed automatic while sitting on 19 inch BBS-built alloys that conceal six piston 14.2 inch drilled brake discs with two piston 13 inch discs out back. Moving further into the numbers, the engine spits out 416 hp and 371 lb-ft and can accomplish the 0 to 60 sprint in a quoted 4.6 seconds.

Cruising on the highway, the sensation of performance isn’t quite there, though. The leather and aluminum shifter is slotted into D and the blue-trimmed SPORT button mounted on the steering wheel isn’t keyed on. In fact, aside from the slight hint of wind passing over the nose of the car, the Lexus is eerily quiet never giving way to the sense of power lurking underneath the Ultra White colored hood. The suspension confidently absorbing all but the worst expansion joints and cracks of I-95 thanks to the double wishbone front and multi-link rear suspension. 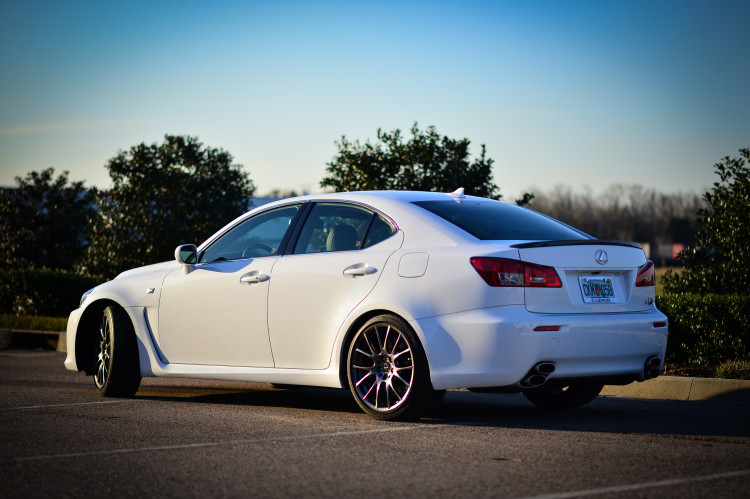 This sense of comfort and remoteness proves to be a double-edged sword. Dawdling around town and to work in the IS F, left in Drive, the Lexus never feels like it’s able to reach its full potential and the majority of this feeling can be laid at the feet of the transmission. in D, the transmission seems to shift early, despite romping on the throttle and results in a chop to the power and before you know it, you’re cruising all the way up in eigtth gear at only 60 miles and hour. The gearbox, left to it’s own devices, seems to be primarily focused on fuel economy by keeping revs to an absolute minimum whenever possible.

Indeed fuel economy improves (depending upon my mood I was averaging 22+ MPG) and the overall experience quiets down belying a sense of comfort and luxury. For a performance car Lexus is moving in the wrong direction. Despite the steering wheel mounted paddles  and with a flick of a finger (the IS F sports the same setup as the M3’s DCT – upshift on the right, downshift on the left) to bring the gearbox into a Dx mode allowing me to execute shifts, I found the transmission still trying to take over by not allowing me to execute shifts at certain RPM nor holding gears. Regardless of mode, the IS F emitted a cheapish sounding beep once I landed the RPMs just shy of the near 7,000RPM redline. 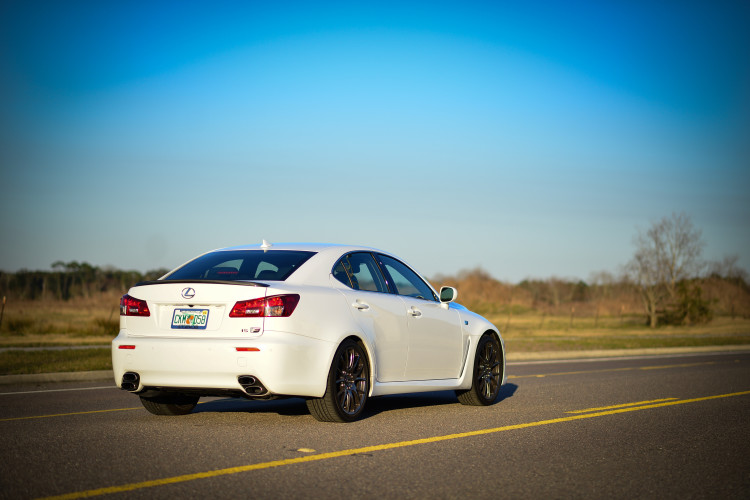 Because of the debilitating manner in which the 8-speed auto dealt with gear changes I found myself slapping the red leather and aluminum gear lever over into Manual mode and to control shifts myself. This was an illuminating idea in that it transformed the sedan’s performance allowing me to hold gears all the way up to the redline and unlock the hidden potential of the motor. This resulted in much rejoicing as the relatively sedate exhaust note transformed into a deep, angry bellow.

At about 4,000RPM and onward you’d be forgiven for thinking you’re suddenly in another car. The Lexus IS F rockets forward in the chassis’ attempt to keep pace with what could be likened to a hot rod’s V8. In my week with the Lexus, there wasn’t a time when the V8 disappointed whether it be in the in terms of aural pleasure or the ability to execute effortless passes in traffic. What the IS F lacks in the M3’s overall peaky V8 redline of 8,400 and mechanical pitch, it makes up for with its ferocious bite and monstrous report. If I had to single out a feature of the I wouldn’t want to live without it would be the V8. Fuel economy be damned, I would be pushing that V8 whenever possible to keep that exhaust note going.

If I had to pick something I could absolutely do without then it is a dead heat between the transmission and the ergonomics – or lack thereof.

As mentioned, the transmission proves to be a bit of a let down when mired in Drive mode. The gearbox can also be a bit of a fail when shifting via the paddles in manual mode, too. I found myself disappointed on a number of occasions when trying to drop a few gears to make a pass, I could quickly pull on the left paddle three times to go from 8th to 5th. Unfortunately, it took nearly three seconds to drop down three gears – that sort of kills the feeling of performance and raw power. Once in the desired gear, the IS F was off like a certain something from the tip of a shovel. While upshifts were relatively crisp they felt slow to execute, as well. With the steering wheel toggled to SPORT, the drop from 3rd to 2nd gear is quite rewarding with a crack of the exhaust and snap of the engine gearing down. 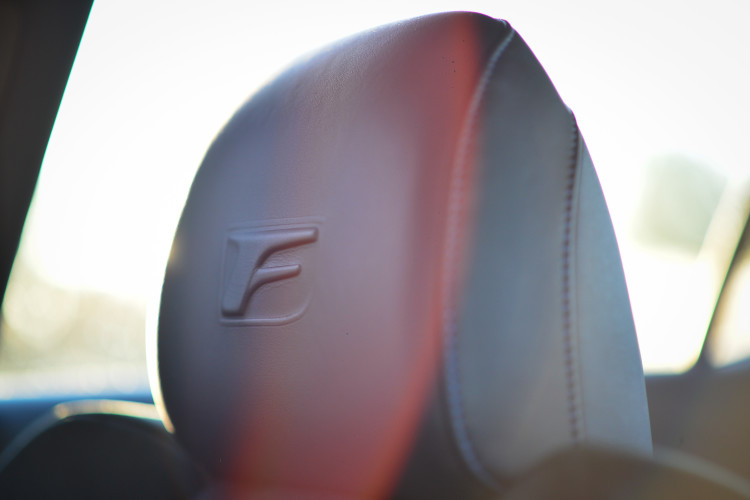 Moving on to the interior with its red leather trim seats with perforated black Alcantara inserts and positioned neatly behind the black and red perforated leather steering wheel, I found the seats to be quite comfortable. However, the seating position, in its lowest setting, kept me perched precariously high in the car leading to a sense of sitting on the car more than in it – something the third generation IS has entirely rectified. Beyond that, searching the cabin for things like the heated seats or even the time can be confusing. Looking for something as basic as a clock, I found myself scouring the instrument cluster and then back to the Enform screen before finally realizing that a digital clock had been awkwardly crammed into the dash, left beneath the HVAC controls and nav screen. Looking for something as simple as the traction control button, usually placed front and center on the console of a performance BMW, Audi or Mercedes-Benz, Lexus strangely hid the button underneath and to the left of the steering wheel, almost entirely out of line of sight from the driver’s seat. These same befuddling controls find there way onto the steering wheel via the Enform system where, despite a breeze of synching up my iPhone with the Bluetooth system, I would inadvertently switch to the radio instead of  scrolling thru my music. The controls just felt very much an afterthought throughout the car. What’s worse, the same weekend I had the IS F, I found that the Enform screen looked nearly identical to the system found in a new Toyota Sienna minivan. Shame, shame Lexus!

All told, the Lexus IS F is a good car, albeit one that feels as though a standard IS350 was handed to engineers to quickly whip into shape juxtaposed to its M and RS that have the benefit of years of experience. There are a lot of things the IS F gets right. The raucous V8, the Ferrari-esque instrument cluster centered around its imposing blue and white tachometer, great brake feel and well-bolstered seats feel like Lexus knows what the direction it wants to take to develop a performance car acumen. Things like the less polished execution of the Enform system, the bland and unwieldy key fob; dimwitted transmission and ergonomics and, frankly, awkward styling of the airdam and exhaust keep the IS F from being a car I could recommend to friends over the latest German offerings. 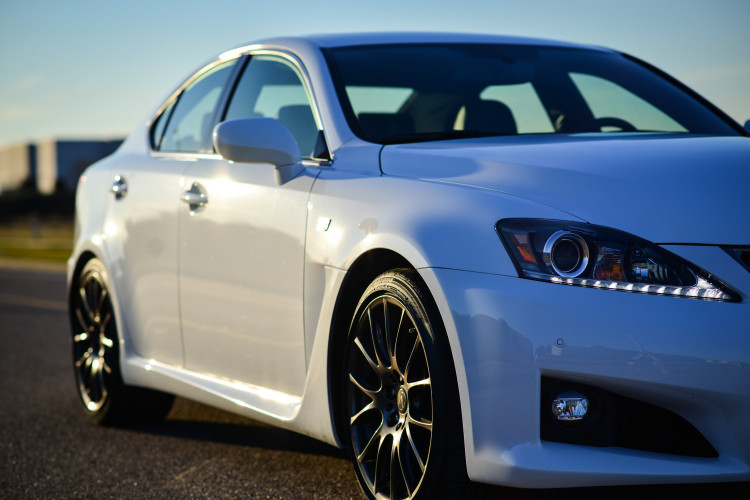 However, the relative comfort of the car and the straight-line performance tell me Lexus knows its target demographic very well. My guess is Lexus is putting a big bet on the fact that not every buyer is necessarily wanting an M3’s offerings and that is why the IS F plays out as a car that successfully prioritizes comfort just ahead of an stiffer suspension or track-bred engine. In place of track performance is a useable, everyday sport sedan with gobs of power that can be a hoot for the daily commute or settle down into a more livable car for longer road trips.

That said, where the current IS F falls short, given the leaps forward Lexus has made with the latest standard IS sedan, I think big things could be on the horizon of the performance sedan segment as the Roundel, Four Rings and Star  have greater competition coming from the land of the rising sun. 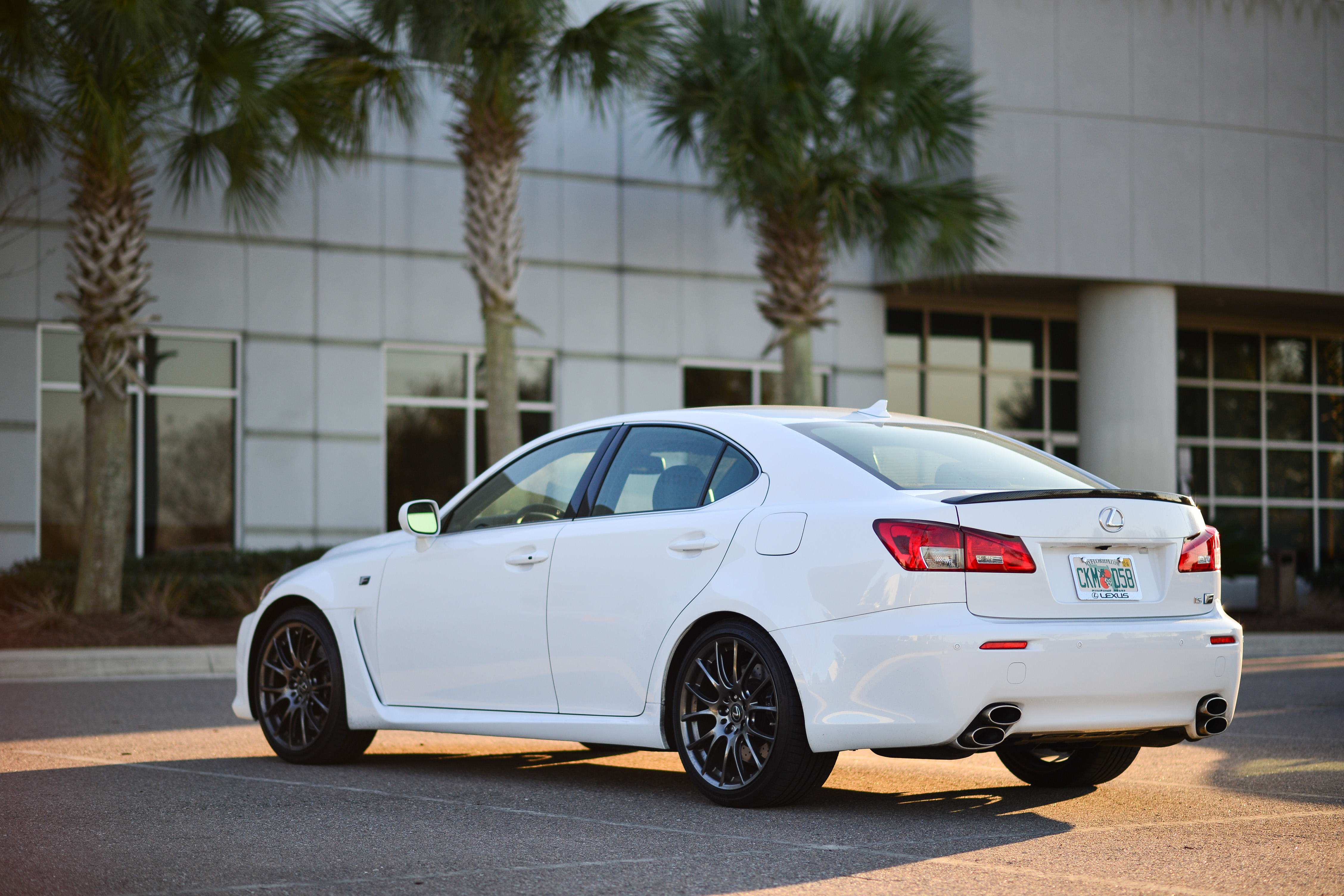 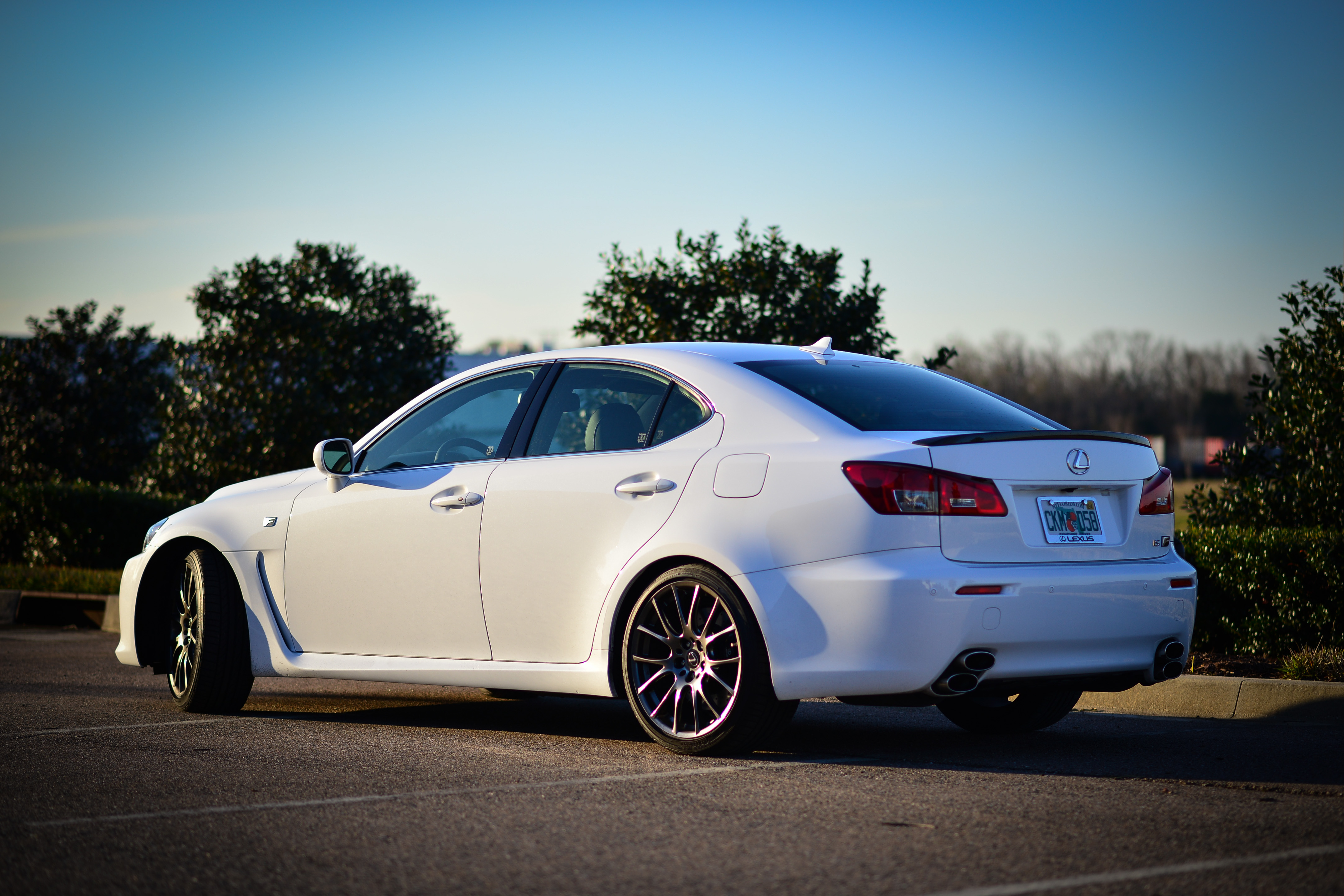 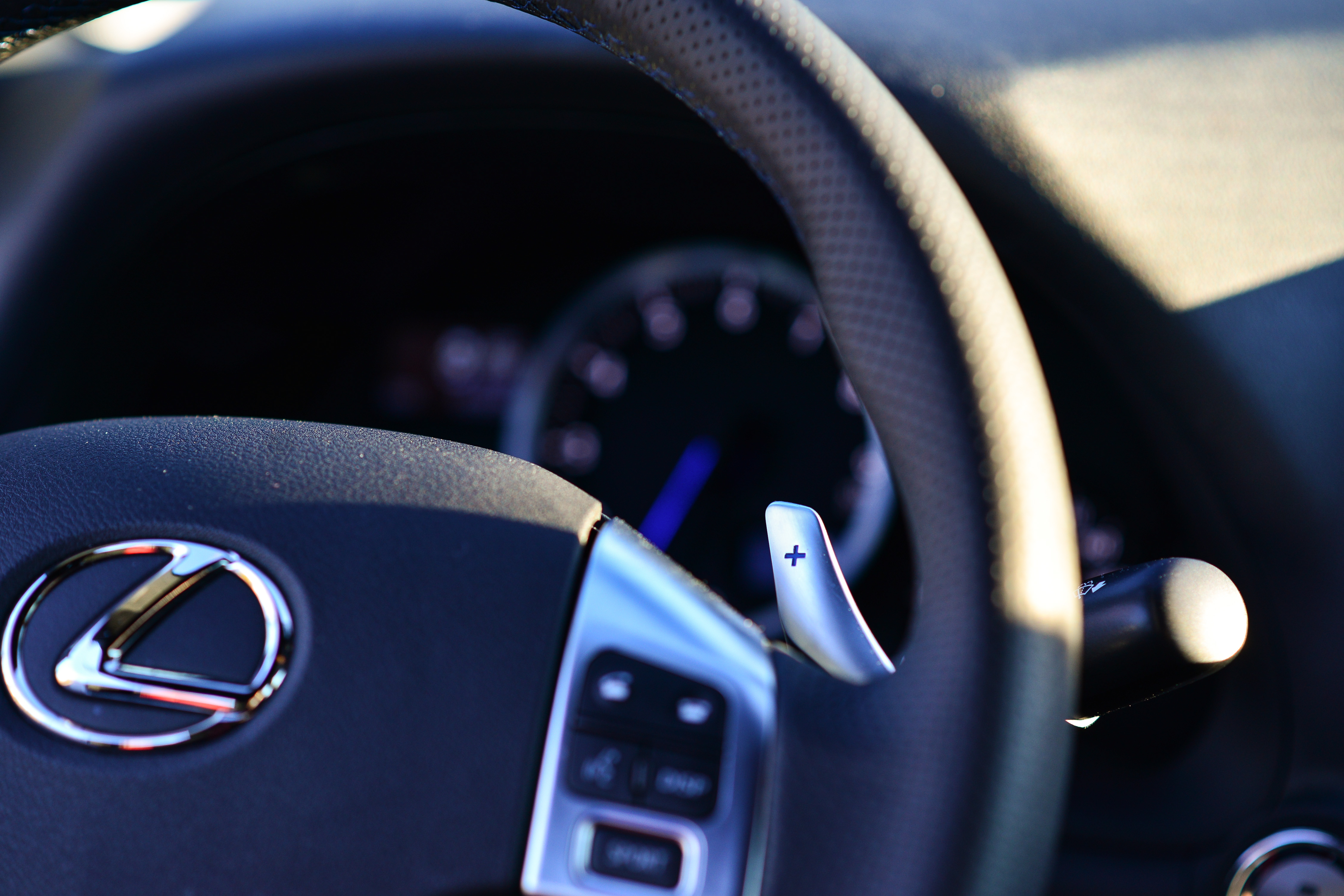 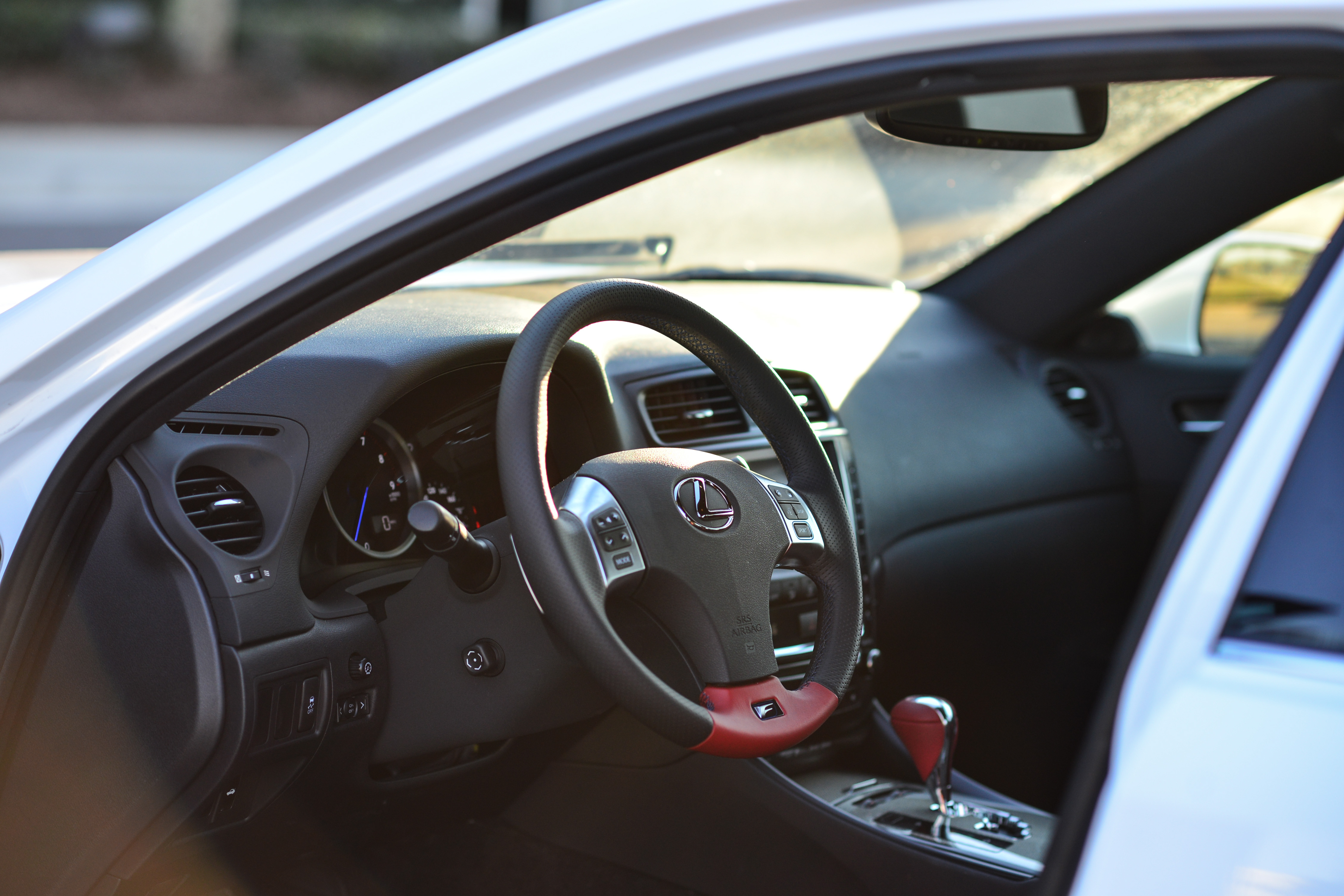 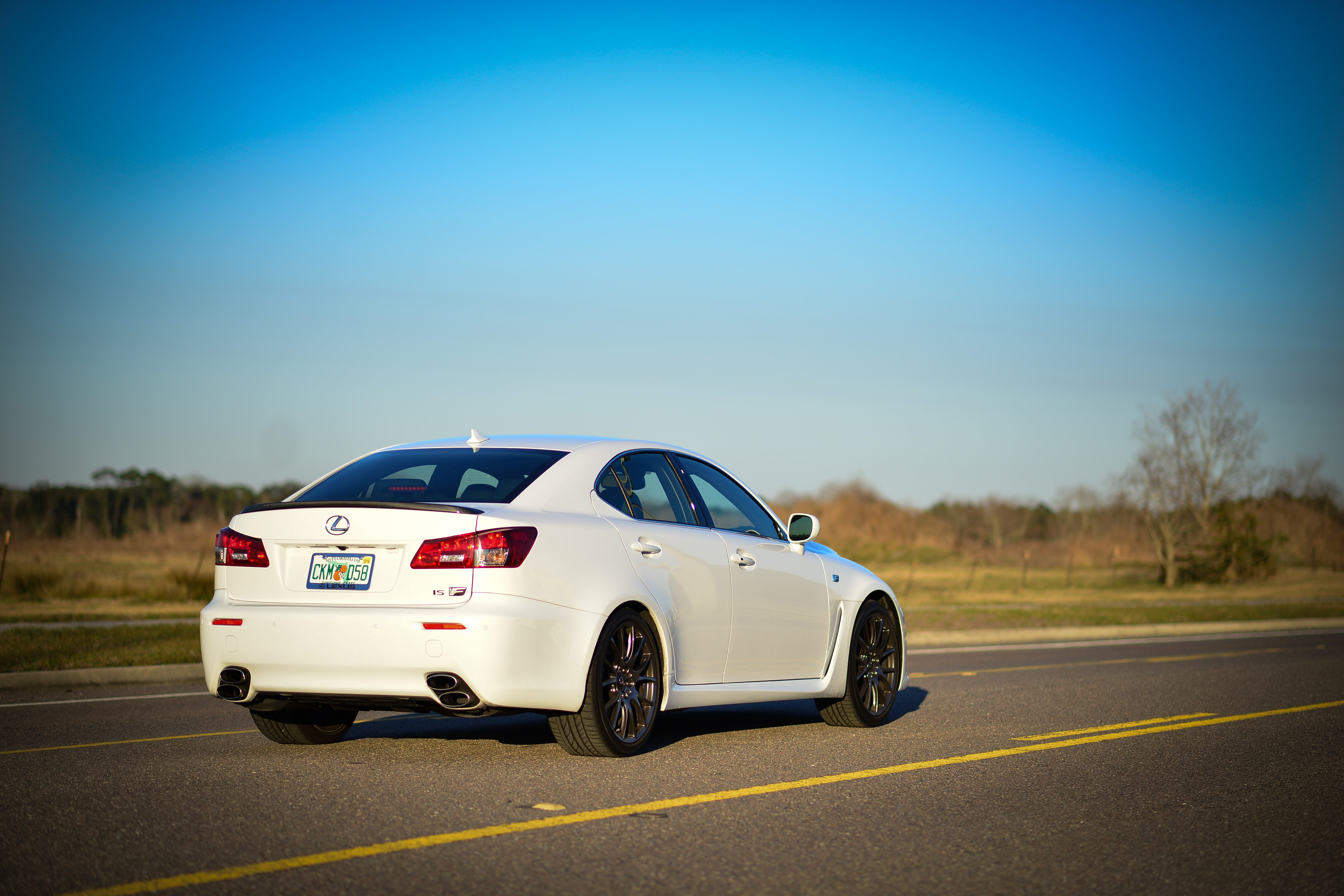 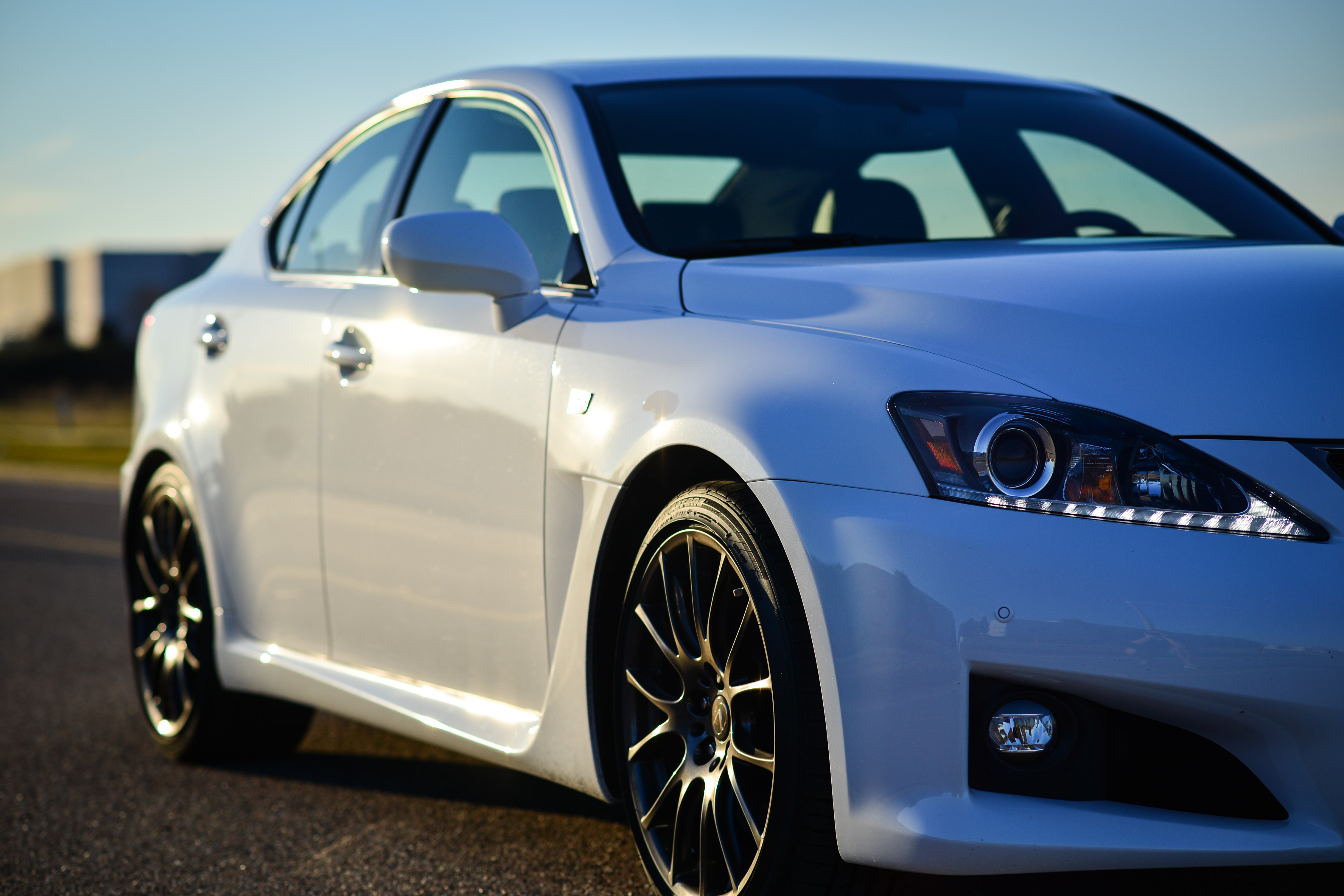 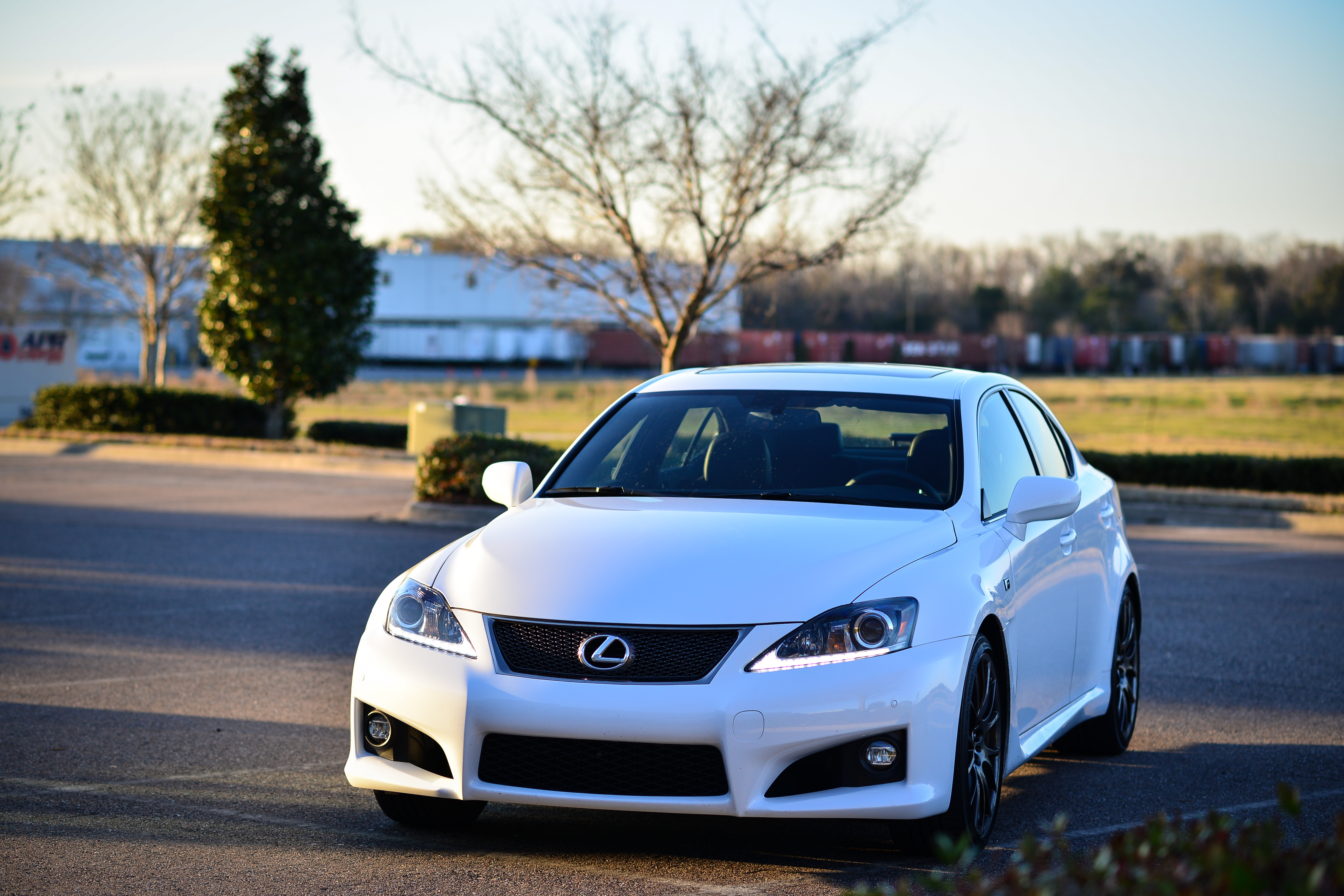 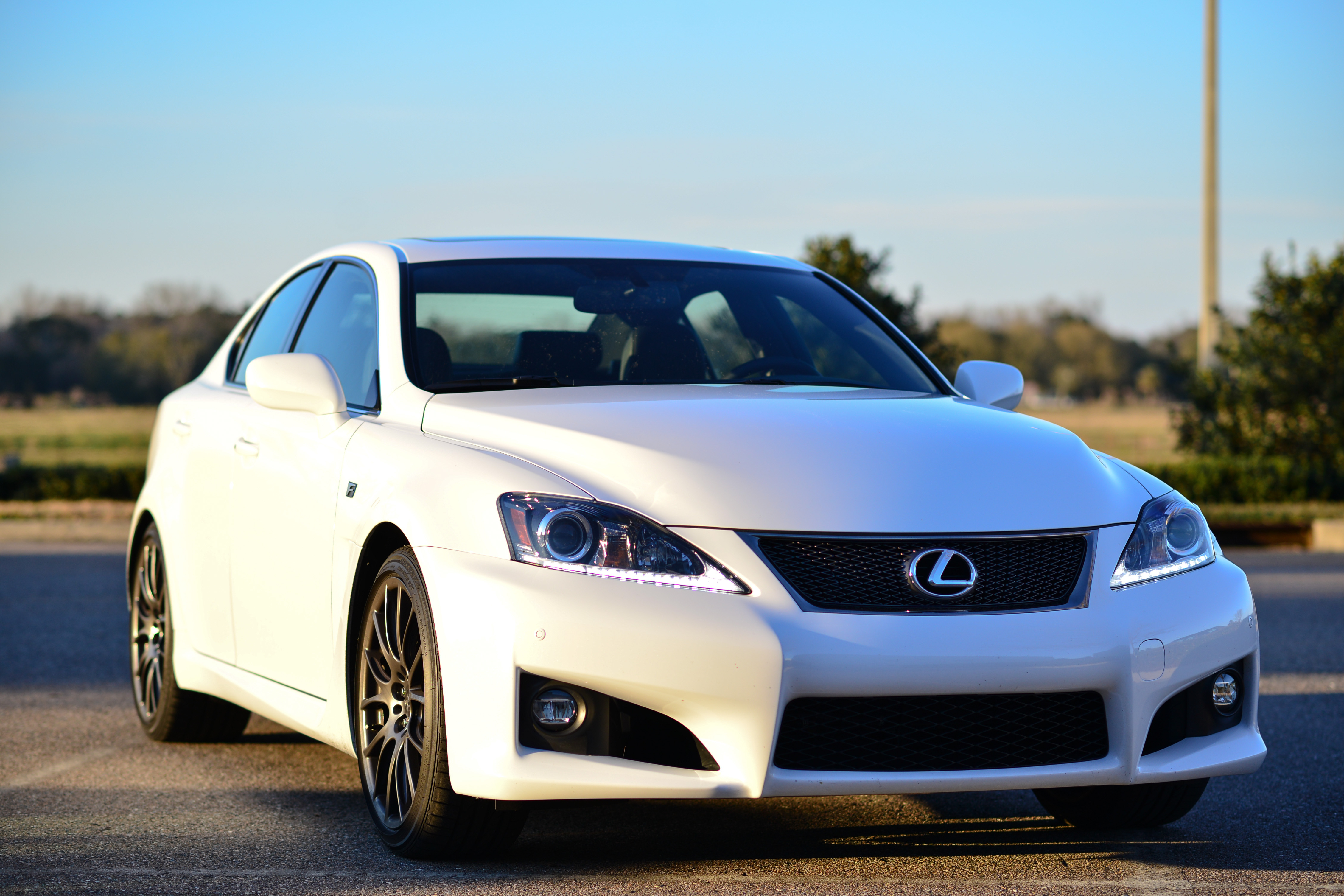