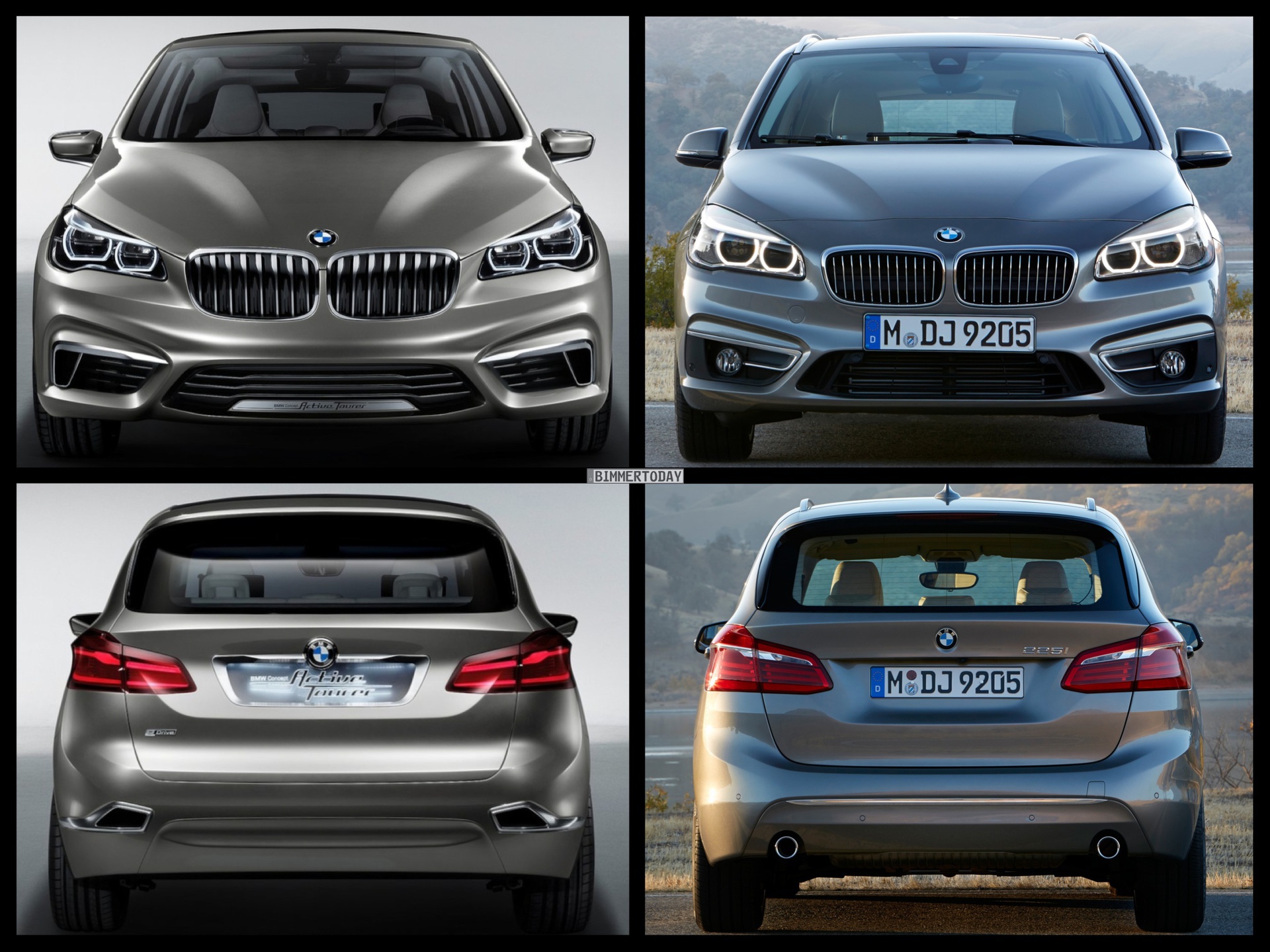 In fall 2012, BMW introduced the Concept Active Tourer at the Paris Motor Show. The concept car gave us a preview at what the first front-wheel drive BMW may look like.

About a year and a half later, the F45 BMW 2 Series Active Tourer is born.

Our image comparison shows lots of similarities between the two vehicles, but at the same time, some significant changes as well. First, the kidney grille have gone under a small surgery, they are now flatter and the headlights’ size have been increased as well.

At the rear, the BMW 2 Series Active Tourer have most conventional tailpipes, since the concept was shown in Paris was a hybrid. The taillights are also less “futuristic”, think more production than concept, a trend we have seen before. From the profile, we can see a different set of door handles and mirrors.

Inside we get a toned down version of the concept interior, one that resembles current BMWs in the lineup. Gone are the glass inserts and cool looking iDrive knob, replaced by the “typical” BMW buttons and trim.

Without any further ado, here are the comparison images: 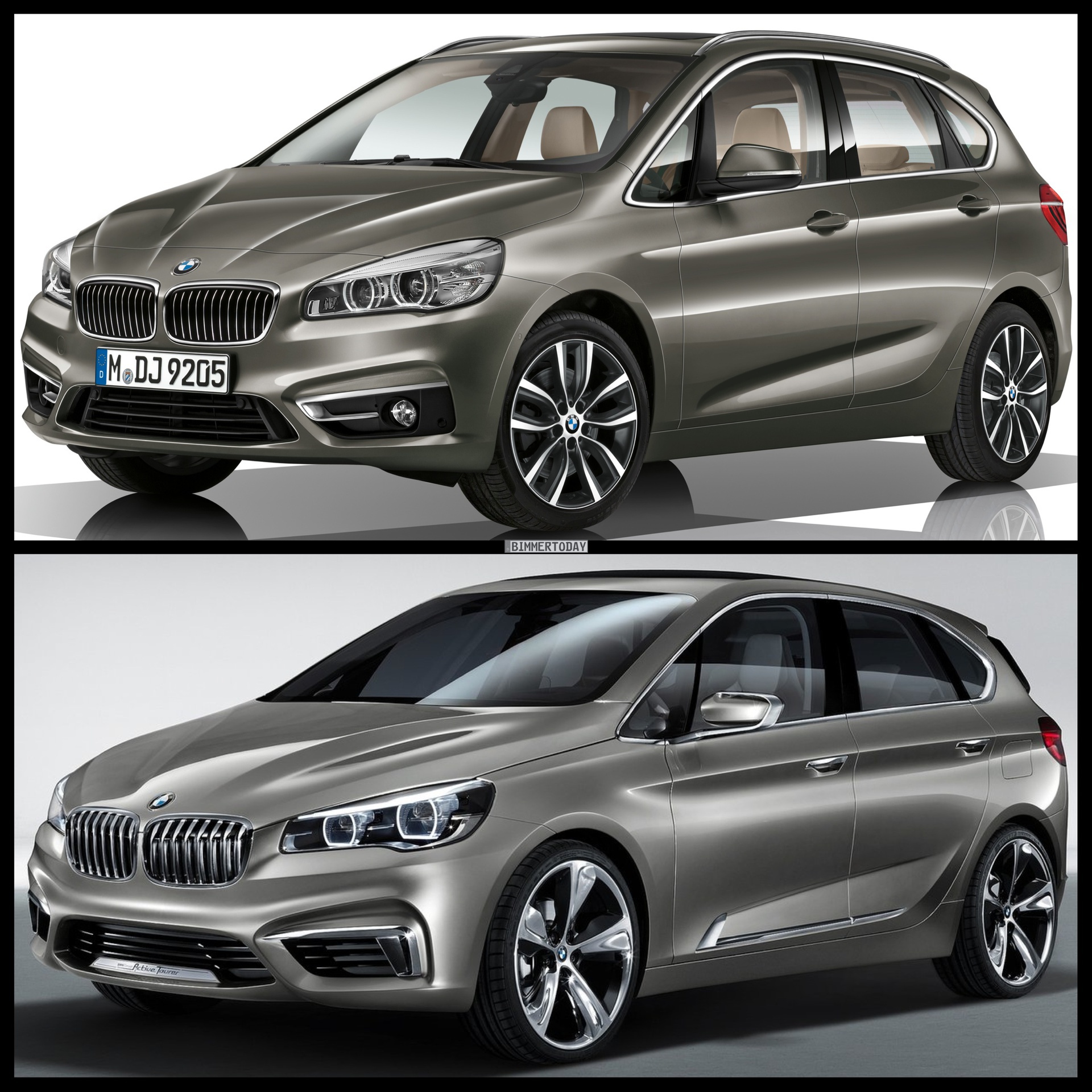 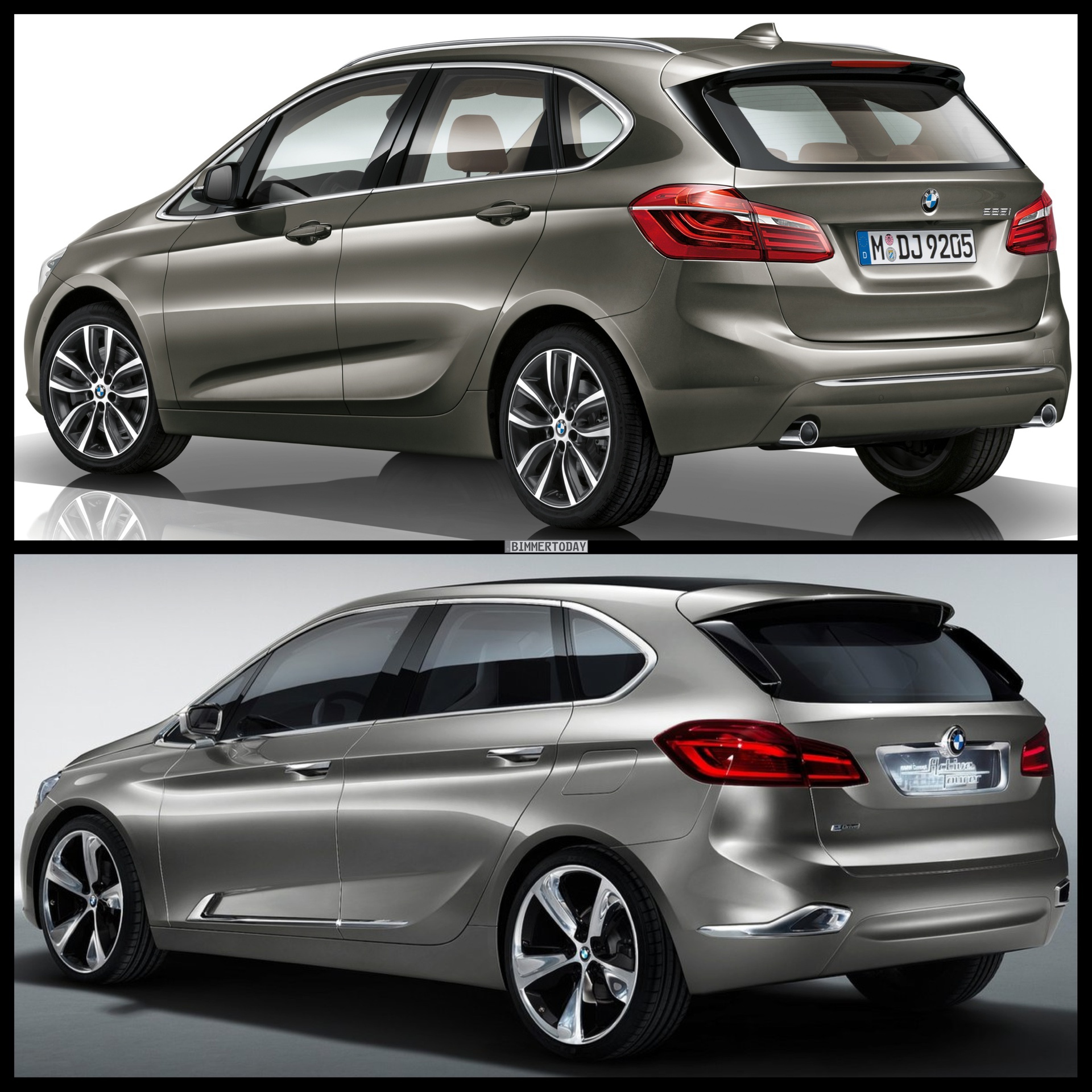 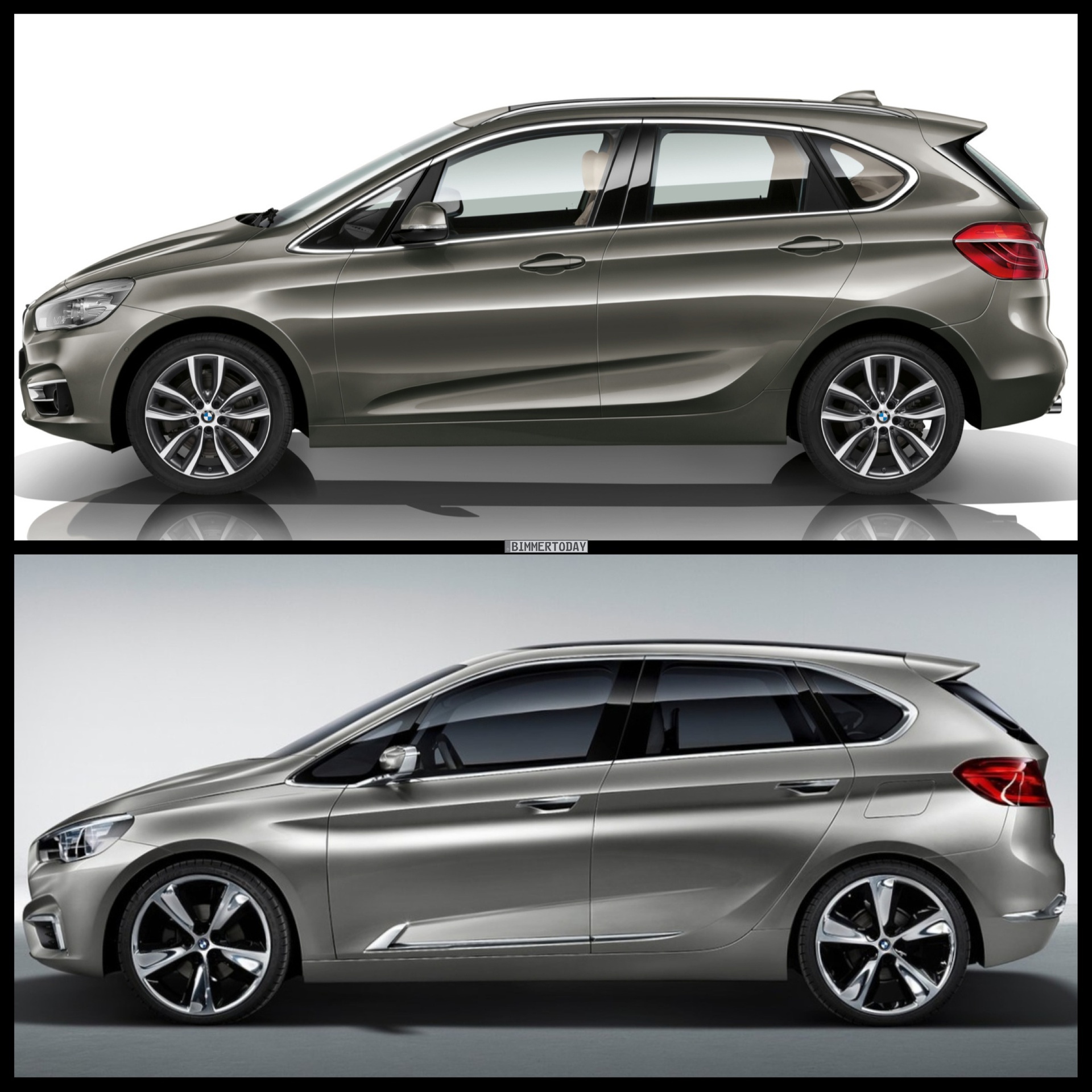 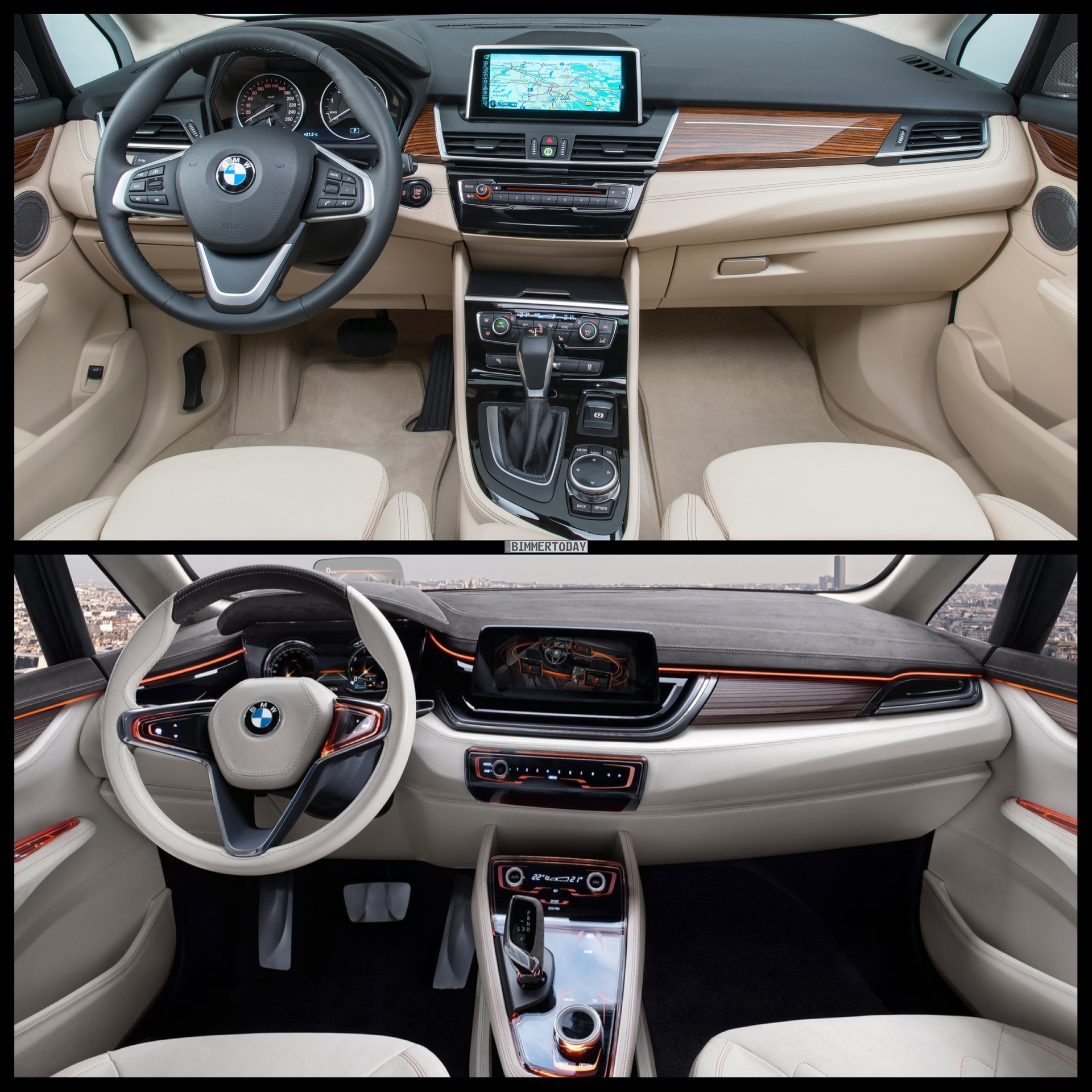