The 430 hp BMW M4 coupe and 2014 BMW M3 sedan are shaping up to be two of the most hotly anticipated sports cars of the year.

BMW’s M division has lifted the veil of secrecy on the new in-line six-cylinder engine bound for its upcoming M3 saloon and M4 coupe and convertible. The brand has revealed a potent twin-turbocharged 3.0-litre direct-injection petrol unit that produces an official 430hp at 7500rpm and what officials describe as “significantly more than 369lb-ft of torque.

In the development of the new BMW M3 Sedan and new BMW M4 Coupe, the BMW M engineers could count not only on track-honed technologies, but also on the driving talent of experienced racers. 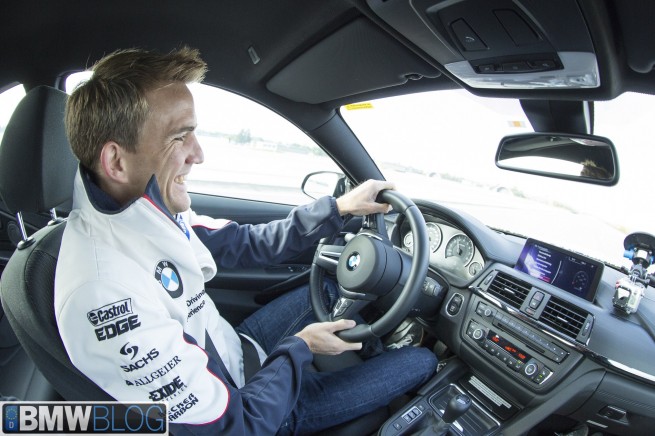 For example, BMW works drivers Bruno Spengler and Timo Glock took part in extensive testing and set-up runs on the Nürburgring-Nordschleife circuit, focusing on assessment of the cars’ suspension, tyres and all elements of the powertrain.

After taking the prototypes for a run-out over the legendary and highly demanding circuit, the two professional racing drivers were able to give the BMW M development team some valuable feedback.

4 responses to “Video: DTM race drivers test the 2014 BMW M3 and BMW M4 at the Nurburgring”