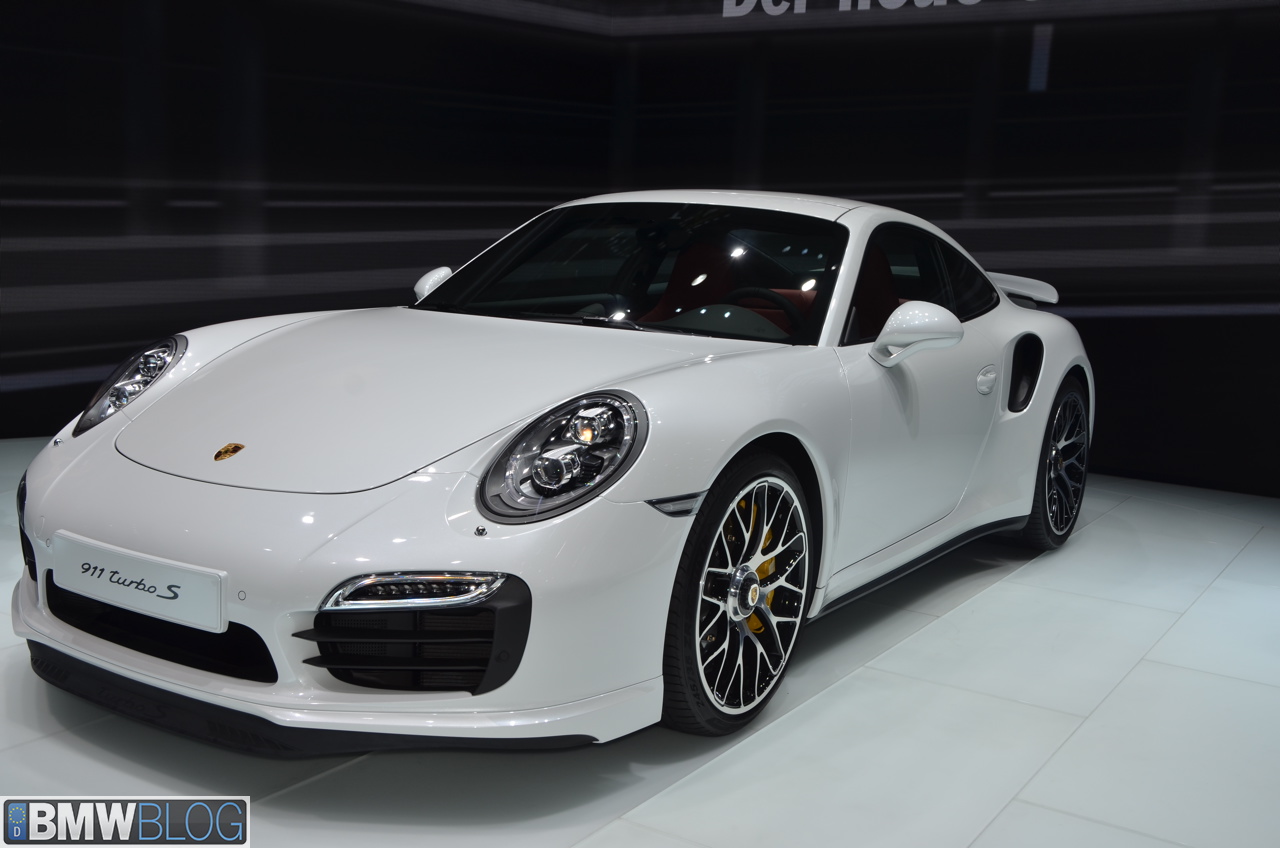 The Porsche 2014 Porsche 911 Turbo S was the second premiere for the German automaker at the 2013 Frankfurt Auto Show. The super sporty 911 goes on sale at the end of this month and has a base price of 195,256 euros. 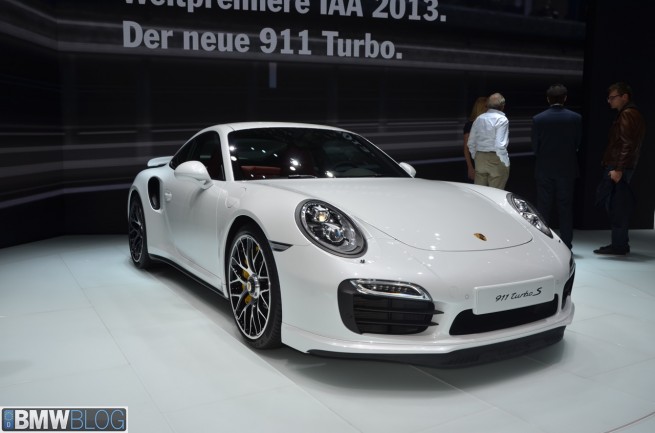 Just like the Porsche 918 Spyder, the 911 Turbo S features a four-wheel steering system. The Turbo S is also making its appearance with new full-LED headlights that feature four-point daytime running lights and dynamic, camera-based main beam control, which can be ordered as an option for the 911 Turbo. 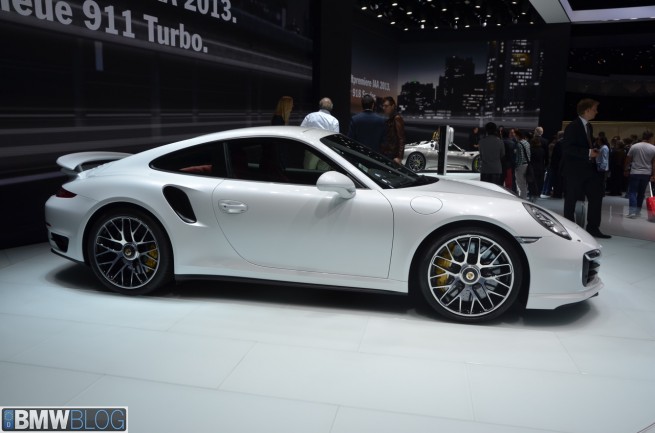 Inside, the S model is particularly well equipped, offering such features as an exclusive interior in a black/carrera red colour combination and adaptive sport seats plus with 18-way adjustment and memory. In addition, the seat backrest shells are leather upholstered with double cap seams and various elements in carbon look. Like on the previous models, the Bose sound system is installed as standard; for the first time, a Burmester system is also available as an optional feature. A radar-controlled cruise control system, camera-based road sign recognition and speed limit recognition are other new options being offered.