A Chat With ALPINA’s CEO

Home » A Chat With ALPINA’s CEO 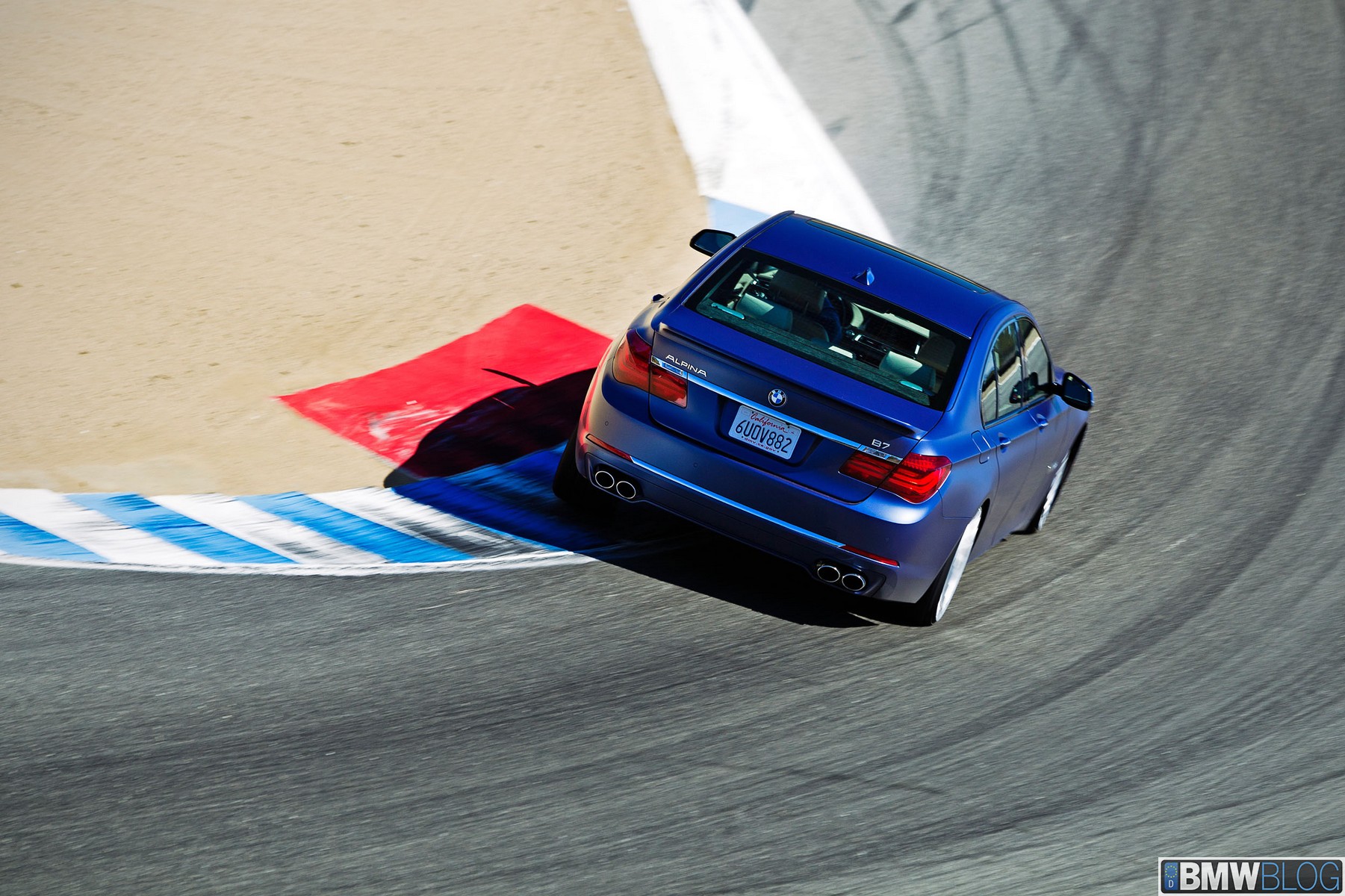 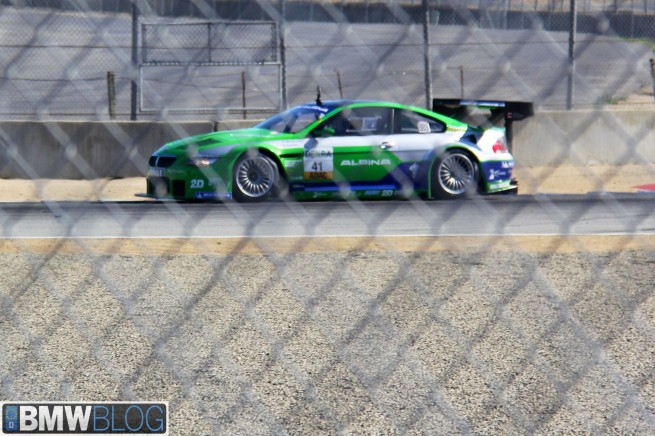 Andreas didn’t start karting until the age of 20 and yet won third in the European Carting Championship in his first year. He then moved up to Formula 3 where he came in third in the German Championship. He wanted to progress in Formula 3 but it was hard to get sponsorship money, so he moved onto touring cars, DTM. Then in 1998 he fell in love with the Nordschleife, The Ring. He placed first in his class and 6th overall out of 220 entrants. When he finished his studying in 1991 he started working as a semi-professional race car driver. He wishes he had started at a younger age so he could have progressed farther.

50 years ago, Andreas’ father founded ALPINA after purchasing a BMW 1500 which he found to be really slow. This 1500 is a 5 Series type car and had tiny carburetors on it. So he installed two double freer breathing carburetors. The car had more horsepower and more speed. Then he took it to the Frankfurt Auto Show and made a kit for 1500 owners to install and began selling them. This is how the company started.

At the end of the 1960s, ALPINA started racing with such incredible drivers as Nicki Lauda, Hans Stuck, Sr. They started winning touring car titles racing in German Championships. ALPINA has always been a small company with 500 cars made per year worldwide. His father wanted to keep ALPINA very exclusive. The ALPINA logo is on the left side of a dual carburetor and on the right side on a crankshaft. A good free intake, and on the right side you need more capacity, a stronger crankshaft.

Bovensiepen senior was a very, very strong character, so Andreas decided that when he finished his studies not to work for the company. Instead he started to work for a carbon fiber supply company, and after he worked 7 years for BMW. He foused on suspension development on the E46 dampeners, Z3 Coupes and even the iconic Z8.

ALPINA has always been a niche product, and so Andreas felt an ALPINA Z8 would be a good fit for the U.S. market. A low volume car with a six-speed manual and an M engine. Andreas says this was the first official car they brought to the US market. A total of 555 ALPINA Z8s were made, 450 of these came to the US. The total production of Z8s, including the ALPINAs, were just 5703 units. 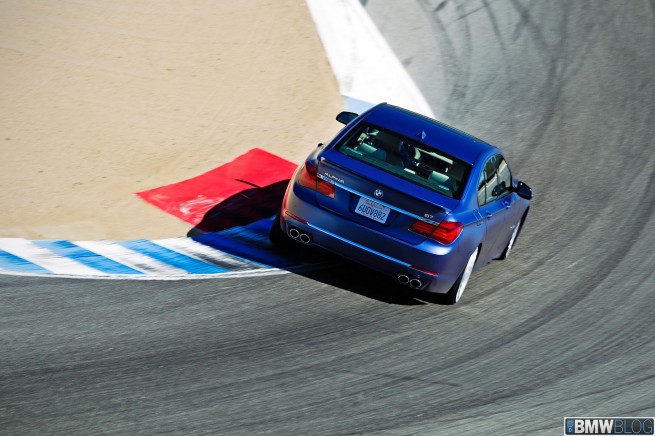 The next car to come to the U.S. was the E65 B7 of which ALPINA made 800 units. The next B7 sells to about 400 customers annually. The B7 has highest top speed in the U.S. amongst the entire BMW line-up. A lot of their tine is spent in the wind tunnel and with suspension work. ALPINA feels it’s important to have good aerodynamics on a race track or on the road, especially if your car goes 191 mph.

ALPINA makes 1200-1500 cars worldwide per year and they stay with higher line models. He’s mum on the next ALPINA project coming up but “it’s coming soon.” The company is not really a parts tuner, they manufacture complete cars and have since 1983. They do sell wheels and some aerodynamic kits. Though these are only sold in Europe. Interestingly ALPINA also is a wine wholesaler. All kinds of vintages that they buy at auctions and then they resale them to restaurants in Europe.

ALPINA has a very close relationship with BMW. They don’t modify the cars after they are produced because this would be expensive and wasteful. Every ALPINA starts as an ALPINA and is co-manufactured at the BMW plant alongside BMW models. Their cars have a separate suspension, a separate interior a separate engine, different gearboxes, and different differentials which is delivered to the factory for installation on the line. ALPINA cars are even painted on the assembly line at the BMW plant. At the plant they then affix the aerodynamic parts and interior ALPINA touches. Finally, every car under goes a test drive before it’s delivered to customers.

BMW approached ALPINA about the possibility of a helping make a diesel powered race car in the 1990s. When completed, the diesel E36 race car could go 19 laps on the Ring or about 3.5 hours without stopping. This meant they would pit half as much as the other cars. The diesel race car was also very light at 2,200lbs. Andreas did a lot of the development on this race car and he was also one of the race car drivers for the 24 hour endurance race at The Ring. The diesel engine was an experimental engine and the engineers said they could only be in another cars slipstream for 10 seconds or they would over heat. The diesel produced 250hp and had special 19” tires developed by Michelin that could stand being out on track for 3.5 hrs. They got the overall win and this was the first win in a major race by any diesel, well before Audi. 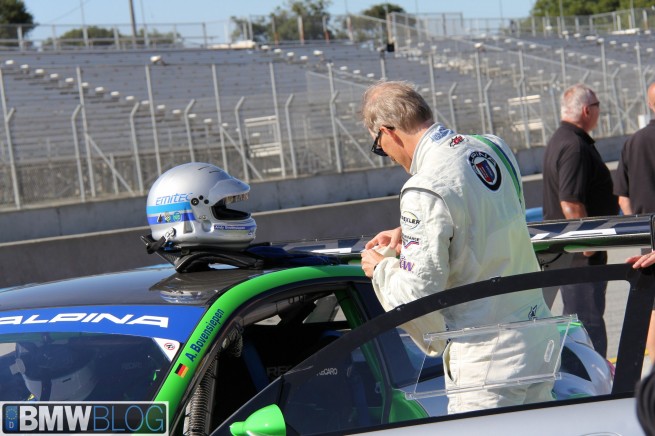 ALPINA made a 6 Series race car that they brought to Laguna Seca. It was their intention to show that they make also very good cars for racing after a 20 year hiatus. ALPINA made a wicked fast B6 GT3 to beat the 911, Lamborghini and Dodge Viper. The German engineers liked the 6 Series because it has a very long wheelbase making it stable at high speed. The car was first raced in 2009 and they had four wins in the first season.

In 2011 they made the B6 GT3 even lighter and went from a supercharged engine to a normally aspirated engine which was the base engine from the E39 M5! Dinan helped make the car even lighter with this normally aspirated engine. The 2011 season was extremely successful season for them winning The Driver’s Championship. In 2012 they were leading the championship again and the governing body added 160kg of lead in the car making it no longer competitive. Now the car is a “taxi” and a show car to demonstrate to customers what ALPINA is capable of.

**Above is a summary of an interview with Tom Plucinsky, Manager BMW Corporate Communications and with Andreas Bovensiepen at the 2013 BMWCCA Octoberfest in Monterey, CA.” 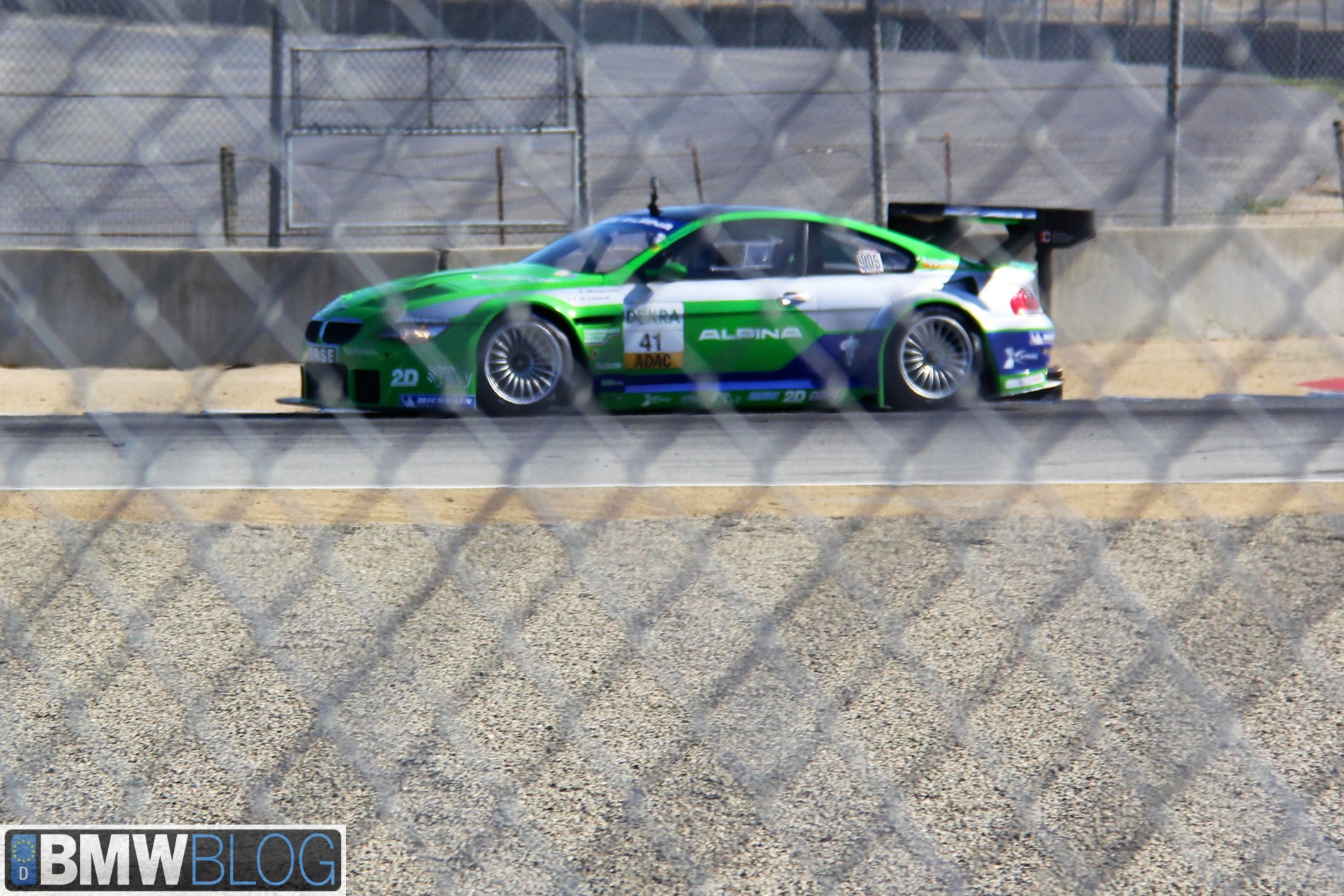 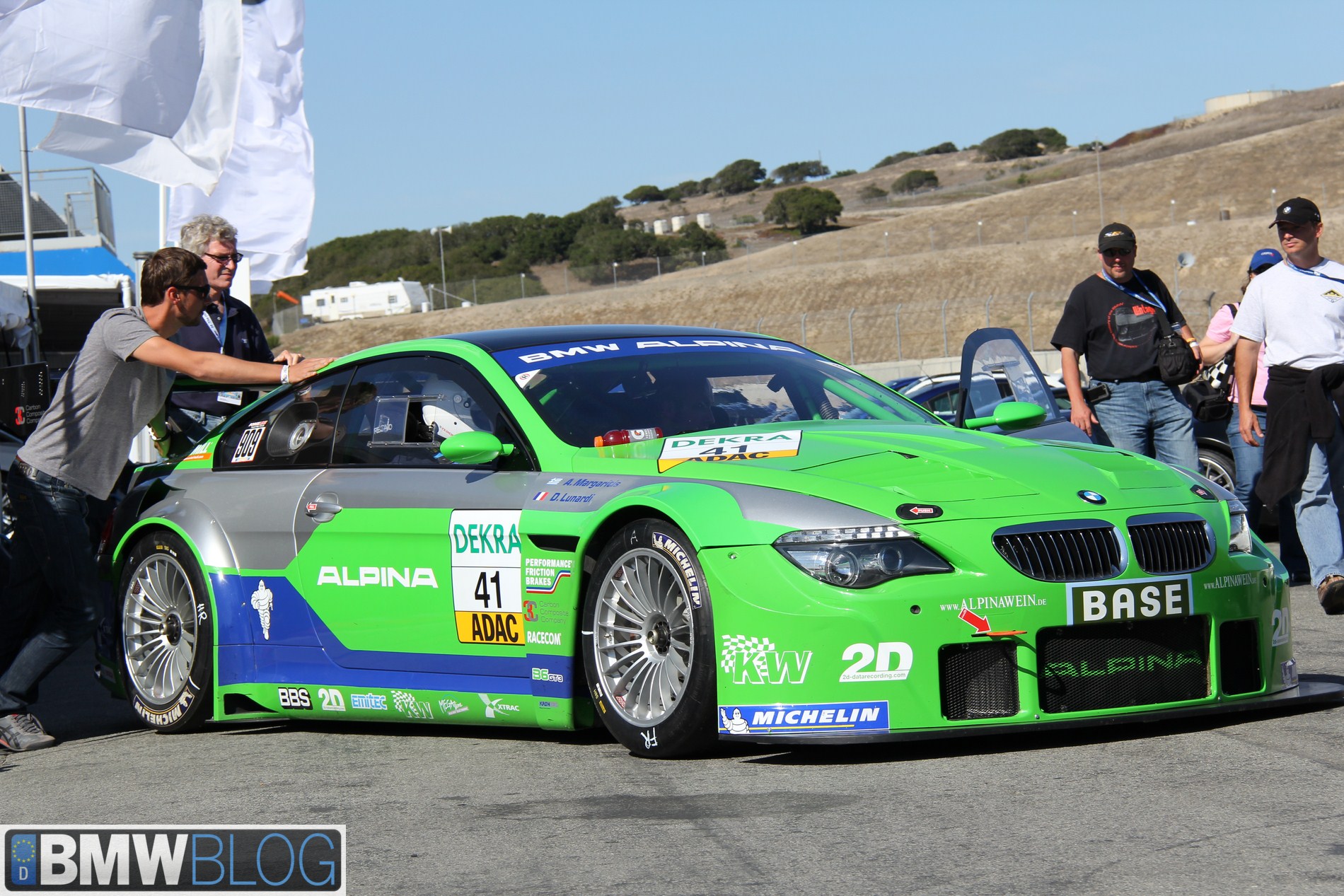 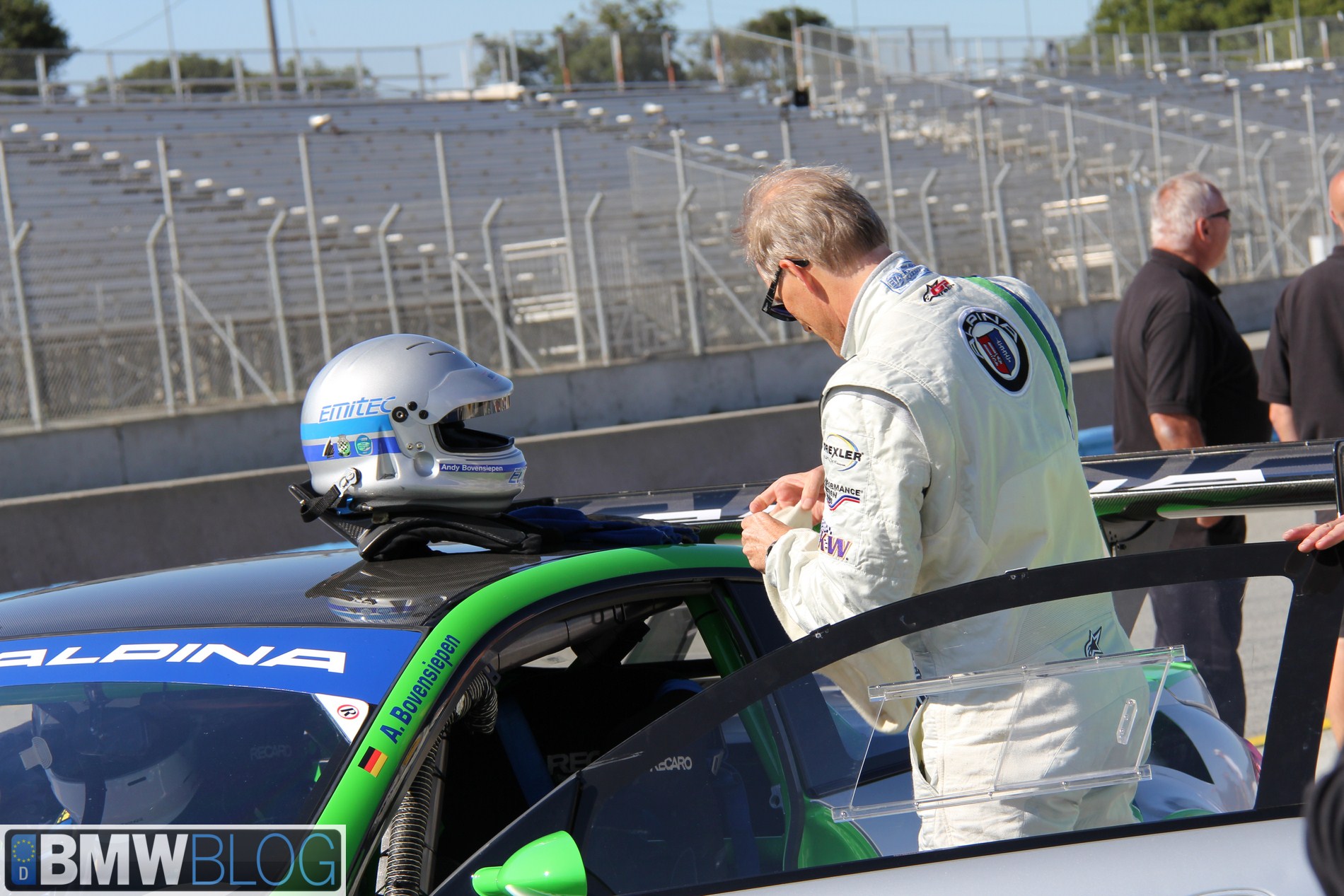 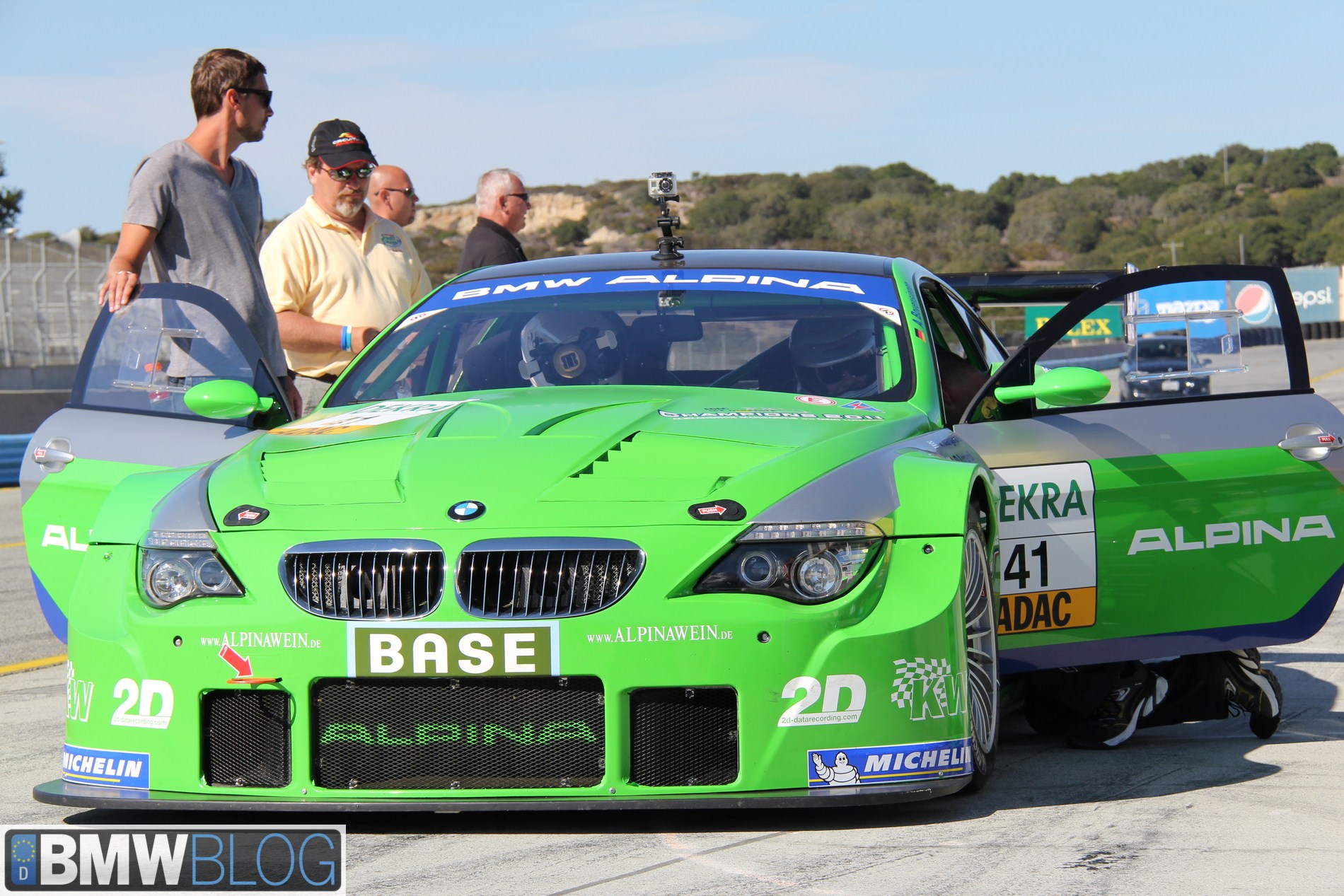