Comparison: BMW i3 Concept vs BMW i3 Production Car

Home » Comparison: BMW i3 Concept vs BMW i3 Production Car 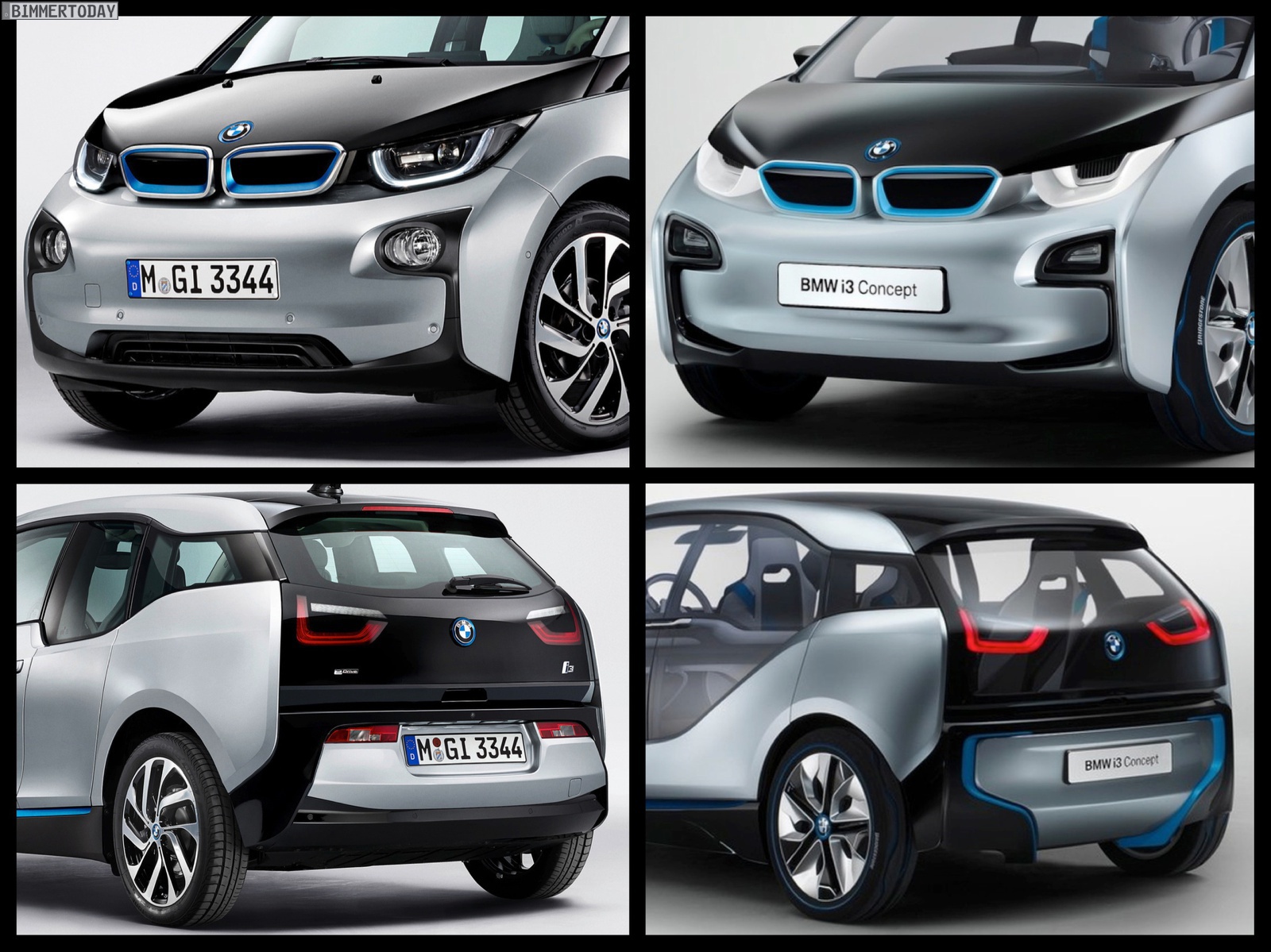 As with any new BMW the changes from the concept car to the production vehicle can be significant, and the first BMW electric vehicle, i3, makes no exception.

After yesterday’s world premiere of the BMW i3 in New York, London and Beijing, we took the time to compare the i3 production car against the concept model unveiled last year.

While many times the changes are more apparent, this time around it seems like BMW has been fairly conservative and kept majority of the initial design elements. 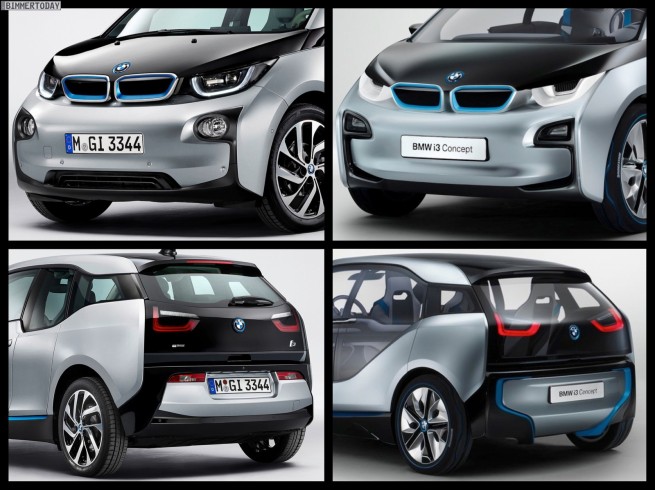 The most significant difference is evident in the side view where the transparent doors move to the side and conventional doors made of CFRP are taking their place. The lower part of the tailgate has also moved away from a transparent design towards one that blocks the view of any contents inside the trunk. 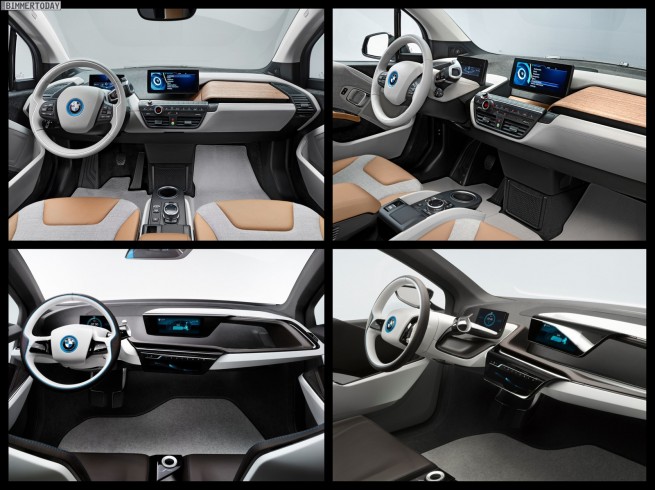 The basic vehicle layout has remained almost unchanged when it comes to proportions and dimensions. The production version of the BMW i3 is narrower than the concept car: 1775 mm vs 2011 mm width of the production i3. In addition, the BMW i3 is slightly higher and slightly longer than when it was announced in 2011.

Inside the changes are more evident, and expected. The built-in LCD is now replaced by the floating high-def screen seen on new BMWs. The dashboard controls and iDrive knobs are also similar to the other production models in the BMW lineup. 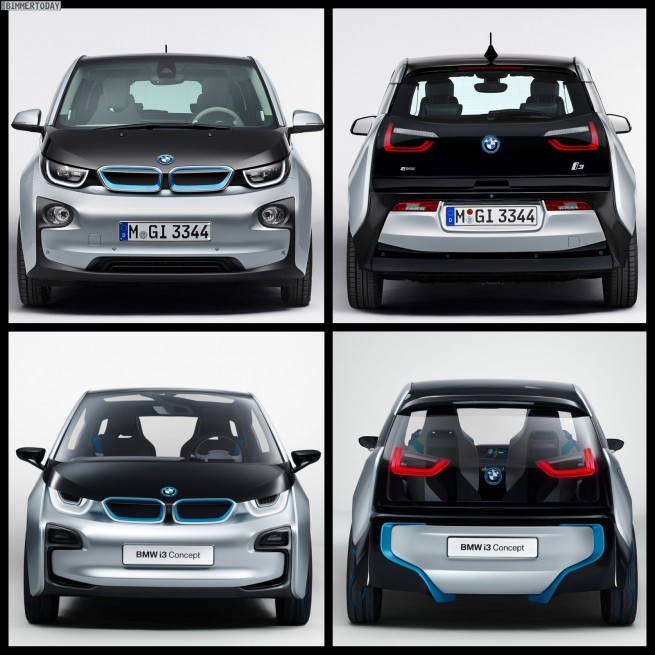 See the photo gallery below for full photo comparison: 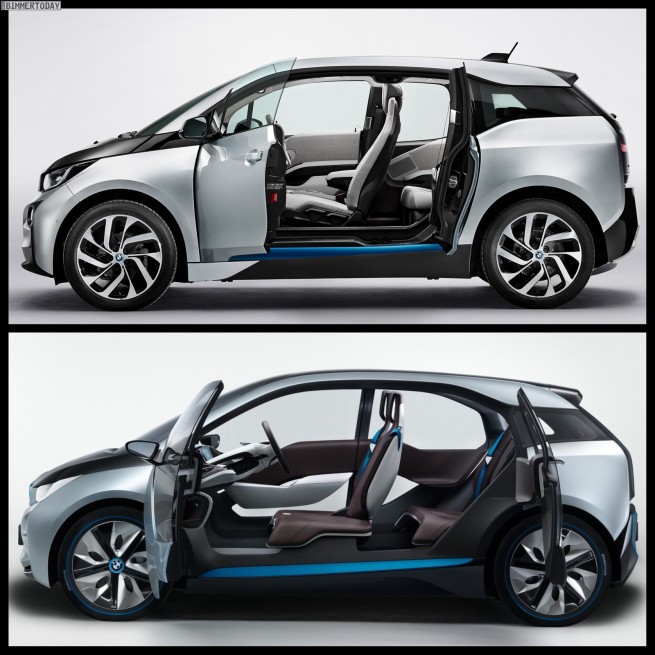 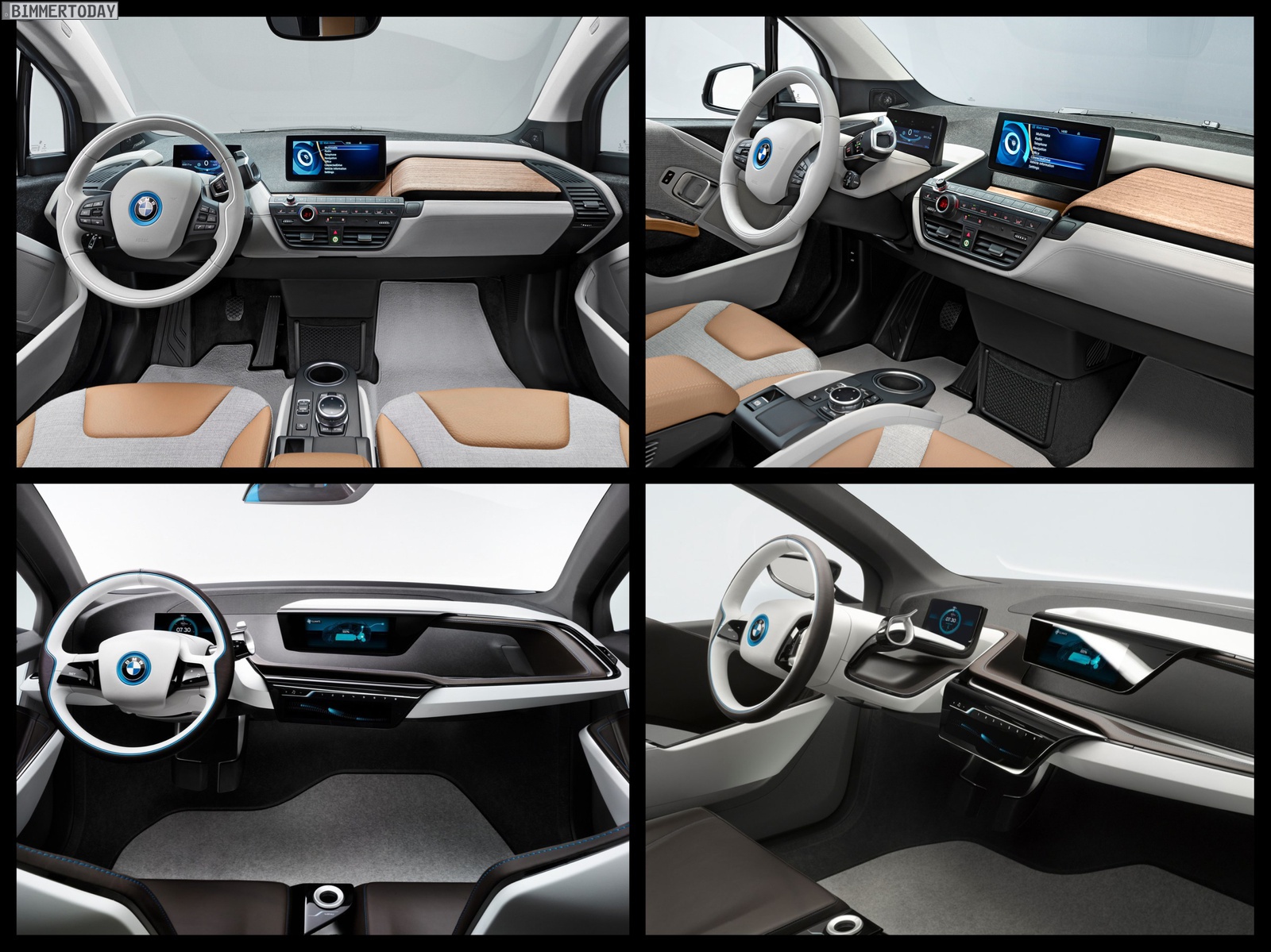 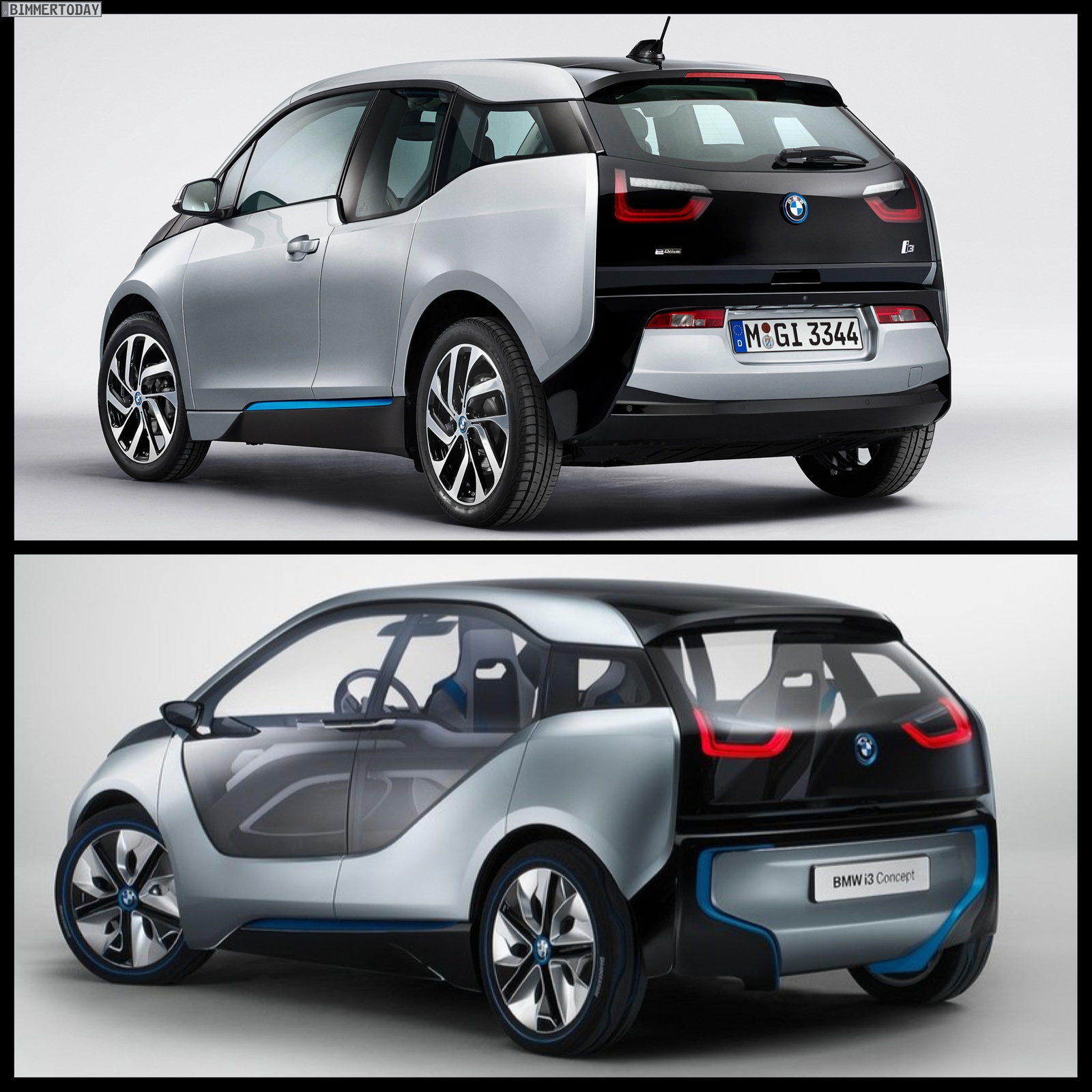 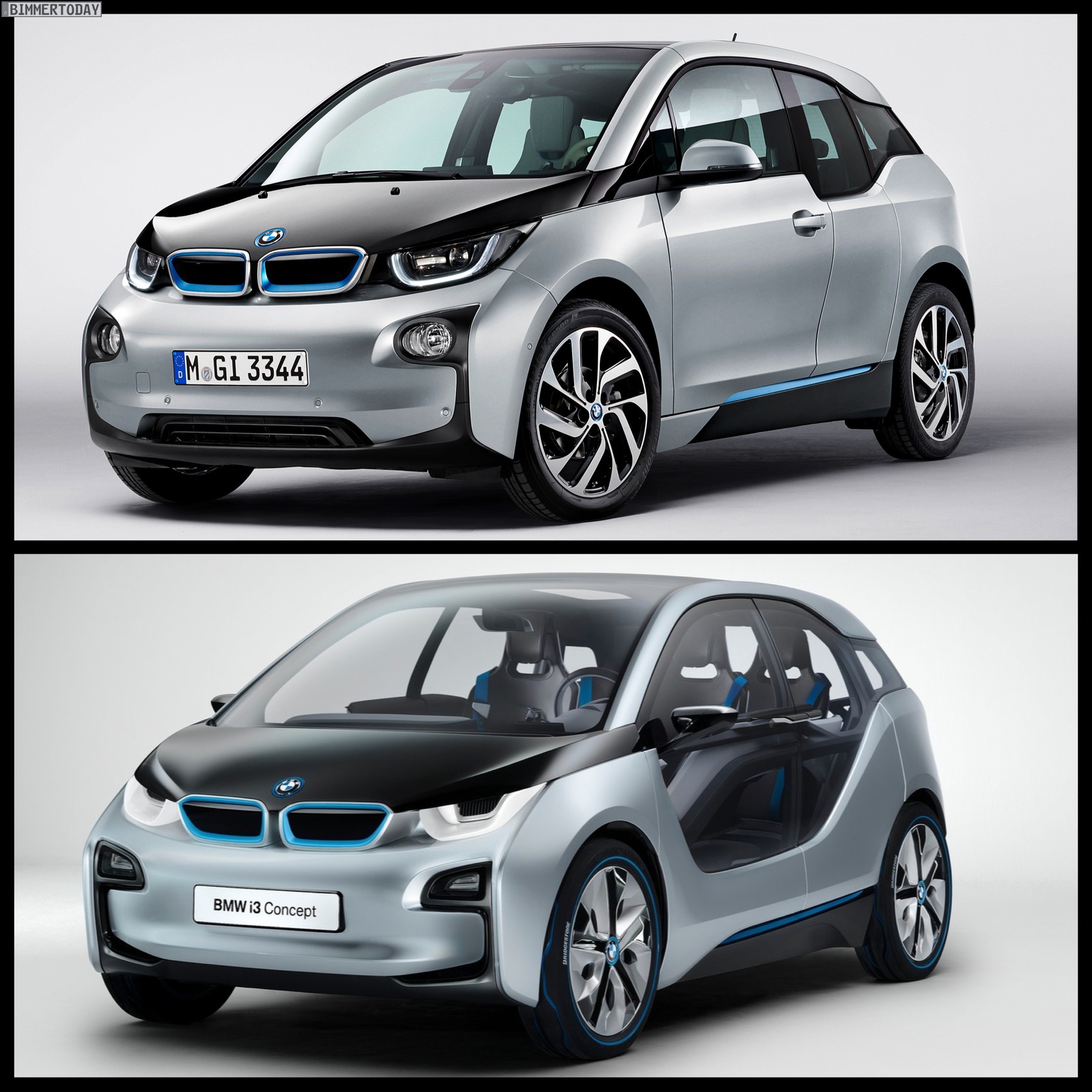 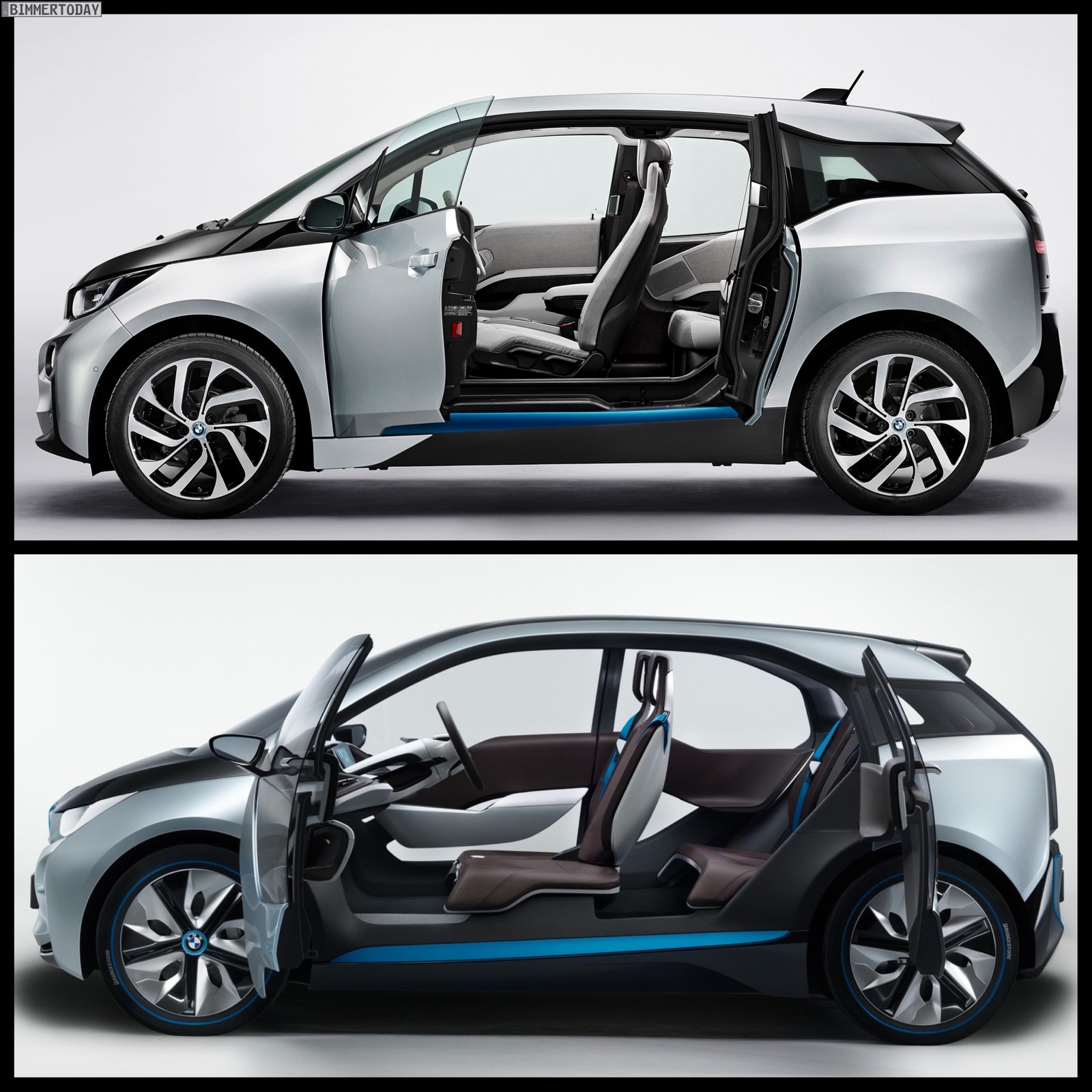 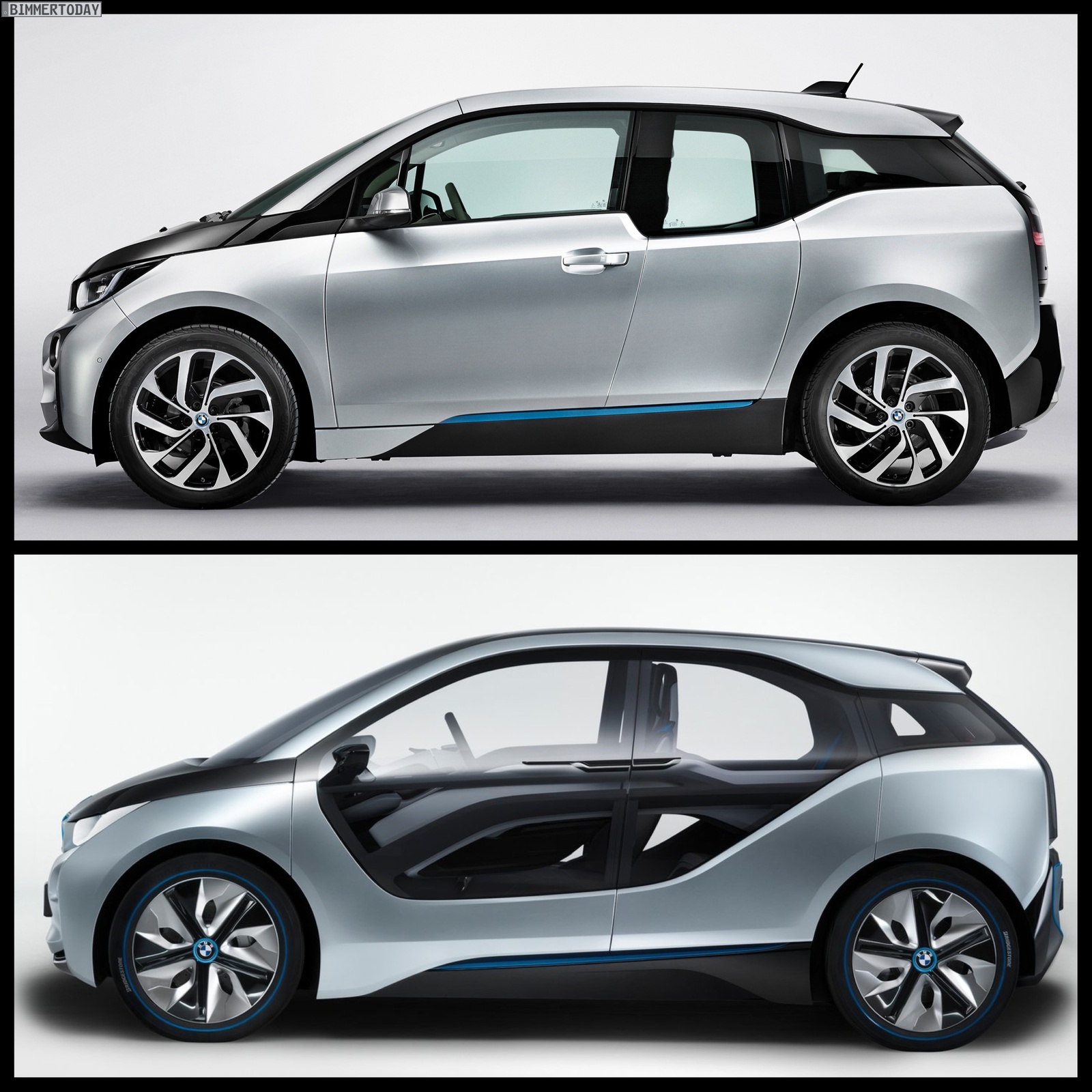 15 responses to “Comparison: BMW i3 Concept vs BMW i3 Production Car”