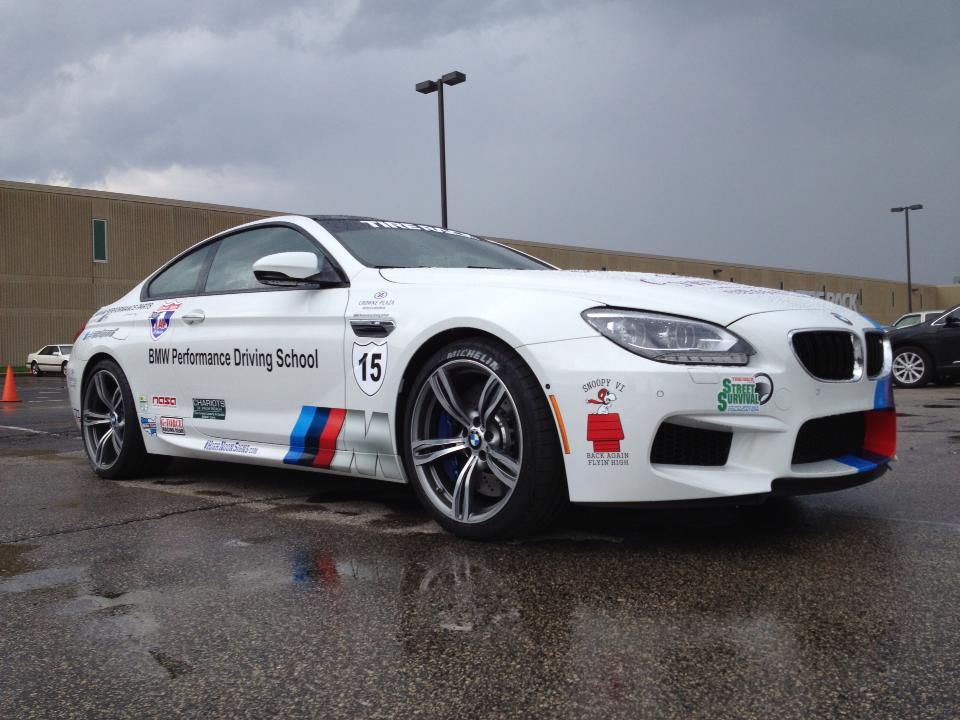 The 2013 One Lap of America got underway at 8:30 this morning with the traditional Wet Skid Pad event at Tire Rack’s Headquarters in South Bend, Indiana.

Usually we’re greeted with cool temperatures and occasional showers, but for a change we had bright sunny skies and a large crowd was on hand to watch the competition unfold.  This particular test requires each competitor to drive two laps of the 200ft wet skid pad in a clockwise direction followed by a further two laps in an anticlockwise direction, with the your result determined by the combined G’s of the two runs. 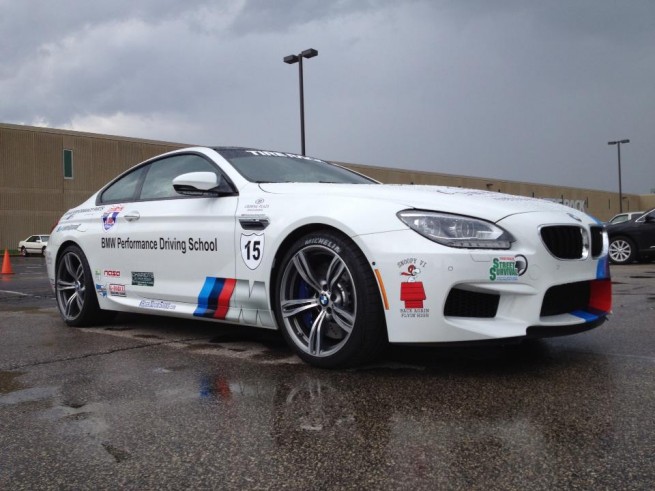 Our BMW Performance Center Driving School BMW M6 driven by Mike Renner completed the test with an average speed of 34mph, equating to 0.76G’s, placing us in 2nd position in Luxury Class behind the highly modified Mercedes Benz C230 and 19th overall.  Once our run was over, we packed up the car and headed south to Grissom Air Force Base for the Autocross competition which starts at noon. We’ll post a result update as soon as we receive the final results

We’ll return to the skid pad in eight days for the final challenge of the 2013 One Lap of America, sans the water, assuming the weather cooperates and rain stays away.

Follow our coverage of the 2013 One Lap Of America