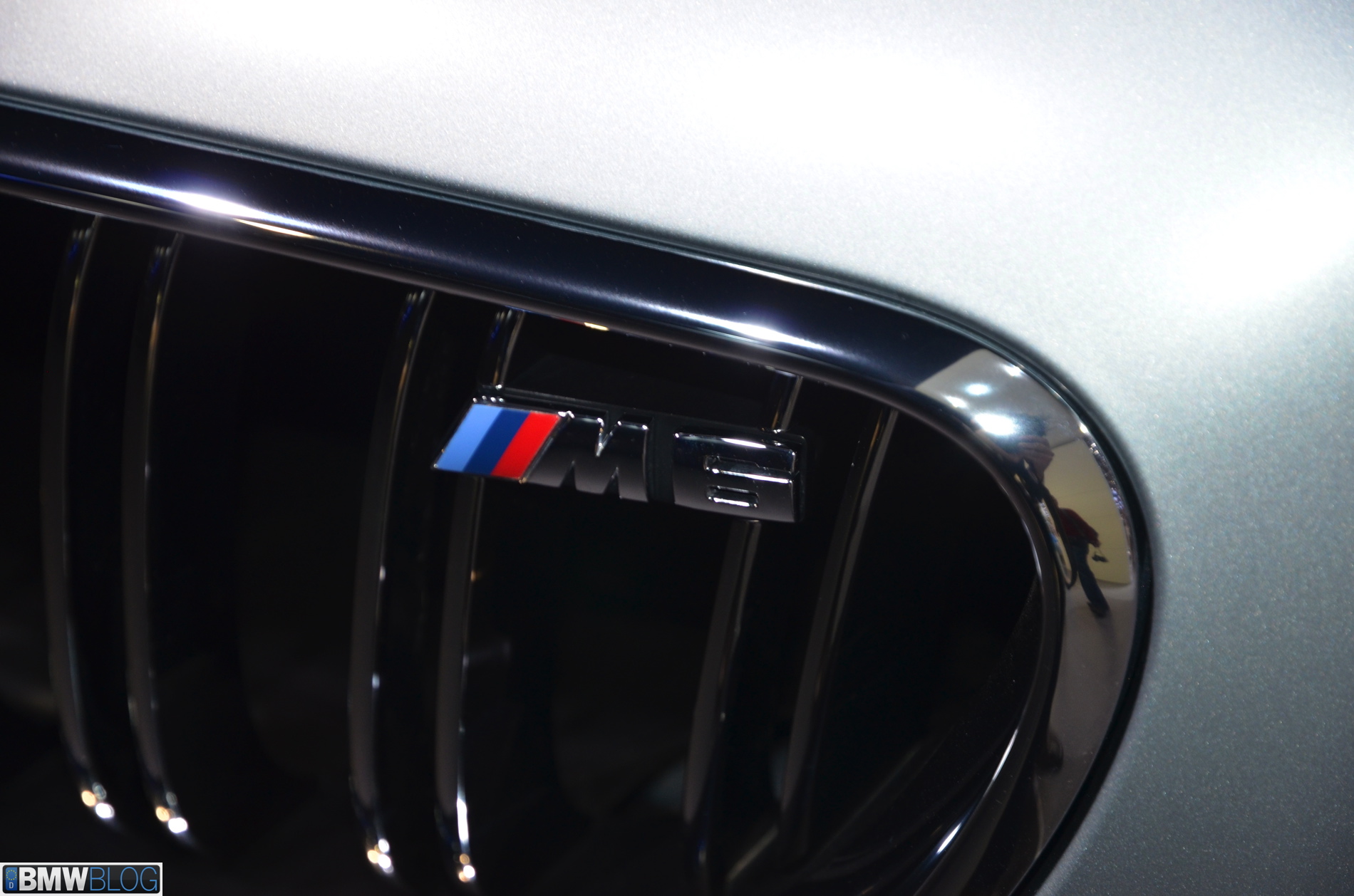 BMWBLOG had the exclusive opportunity to interview Pierre Leclercq, BMW M Head of Design. Belgium-born Leclercq began his car at Designworks Studio in California in 2000 and has been responsible for the design of the BMW X5 and X6.

Two years ago he was appointed by BMW Chief Designer Adrian Van Hooydonk to lead the design of all future M cars, M Performance Automobiles and M Sport Packages.

The outcome of our chat is quite interesting and reveals a lot of the things behind the scenes at M. 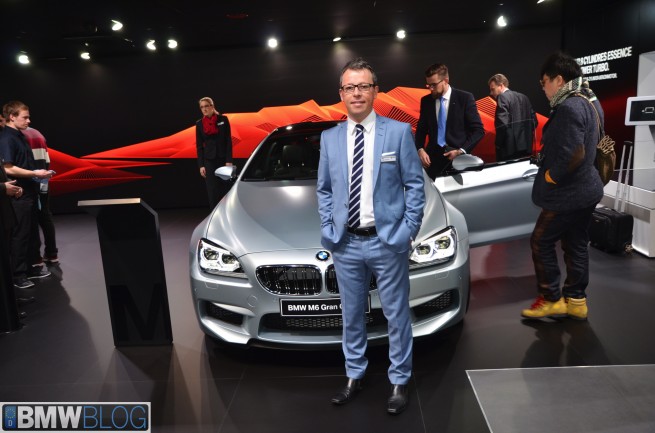 BMWBLOG: What’s the design process at M after the cars are being handed over from BMW AG?

Pierre Leclercq: We usually work on the base car, us at BMW M we design all the M cars and M packages. We wanna make sure at M that the car shows functionality and at the same time very sporty. We take the base car that is already sporty and we try it to give it personality and make it truly M. And in the case of the M6 for example, a very elegant car as well. This represents the best combination for luxury, elegance and high performance.

BMWBLOG: How long does it take to build an M car?

Pierre Leclercq: The design for a base car usually takes five years. Six months after they decide BMW AG decides what design goes into production, us at M begin our work as well. This gives the M designers the opportunity to implement their own design vision for an M car.

BMWBLOG: Is there a design competition at M studio as well, similar to the ones that BMW AG has?

Pierre Leclercq: There has been a change in the last couple of years. First of all we want to make M much stronger, we want to make sure that our clients understand what is an M car or what is an M Sport Package. The design competition includes all the BMW designers, in this case the designer of the 6 Series (Nader Faghihzadeh) will have a shot at both the M Sport Package and the M6. For the last M project we have done (Our Note: unnamed at the moment) we included the Designworks team from California as well. This is a first time for us. 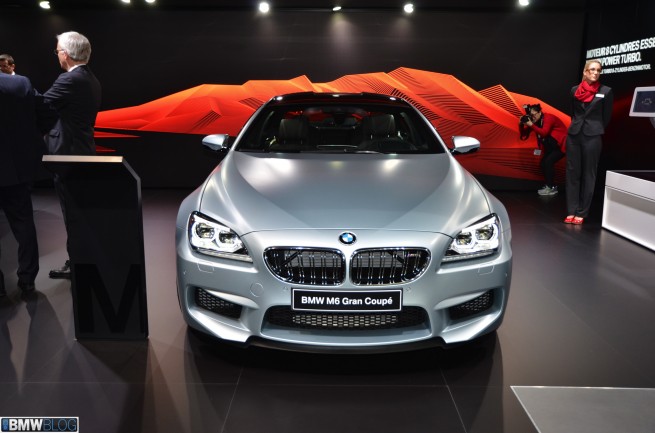 BMWBLOG: What are the core M design elements?

Pierre Leclercq: Of course the facial expression is extremely important. We basically tried to strip the car as much as possible to bring as much differentiation as possible. If you take an M3 for example, you only have the windows and the doors that are carried over from production cars. On some cars you change more on others less and it usually goes with functionality. For example on the M3 we did not have enough room under the bonnet and you have to make a new bonnet but in the case of the M6 we didn’t have to.


As far as M design, at the front the elements that are really important for us are the big air intakes, not just because we want bigger intakes but because the engine needs a lot of air. We have a strategy now that we would like to stick with that the M mouth will always have this trapezoid shape. For cars with the M Sport Package, like the F34 3 Series GT, you can see that the trapezoid shape has an opposite orientation from M cars.

Also the M cars have a forward nose. A little detail that came with the M6 are new kidneys with double- blades that come from the double-spoke design we use on our wheels. Every M car in the future will have something similar. The M badge on the kidney grille is another unique design element. With this new M badge the goal was to create hierarchy between the M Sport Package, M Performance Automobiles and pure M cars. If you look on the F34 GT, this is the first time we have a little M logo on the front fender (our note: BMWUSA says that this feature is not part of the US configuration). The M Performance Automobiles will have an M badge on the side and one in the back also, like the M550d. And it comes in another color also.

On an M car, we have an M logo on the side, in the back and one on the kidney.

It is very important for us to differentiate between the M offerings. This is a strategy we have been working on for the past two years. 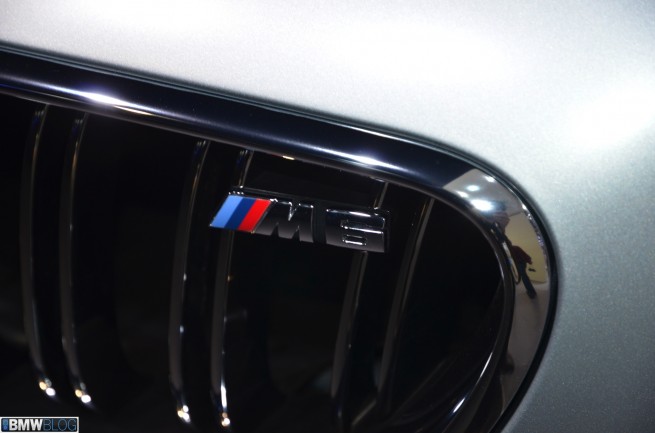 BMWBLOG: How challenging it is to take an M Sport Package on a series car and make the M cars even sportier?

Pierre Leclercq: With a good design strategy everything should be clear from the start. Sometimes we get a BMW AG car that is already very sporty and then we have to build on top of that a sportier M Sport Package. Sometimes my bosses say “Let those M guys figure out how make an even sportier car to top this one off”.

But to make a car sportier is not such a difficult thing to do in design and it’s fun. 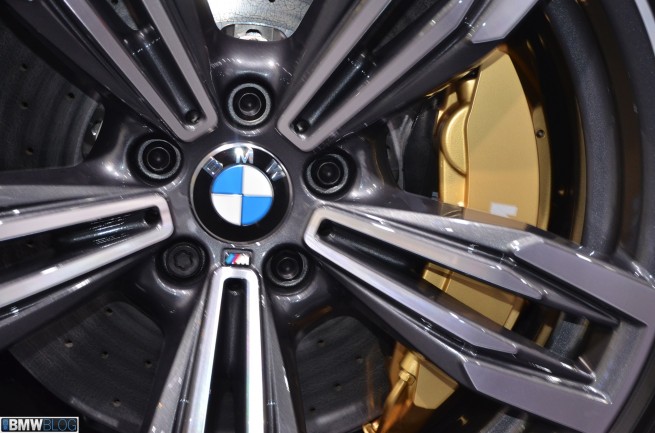 Pierre Leclercq: About two years ago we have actually separated this process from the exterior / interior design one. We have a team really specialized in wheel design and they really bring much more strength and character to the overall design. The wheel design usually starts 30 months before the car is on the road and we strive for super high-performance, super lightweight wheels.

BMWBLOG: With more and more carbon fiber being used in design, will take make your life harder as a designer?

Pierre Leclercq: Design wise the carbon fiber is a little bit harder to work with, you have radius to respect but if we need to achieve lightness, we will certainly do it.

Pierre Leclercq: I would definitely take the 1 Series M Coupe. That car is sooo much fun to drive, it’s fantastic. Since you mentioned you have one, then you know what I’m talking about. To me, the 1M is THE BEST little toy you can have on the market. This is what I would really like to drive every day.

BMWBLOG: What car do you drive now?

Pierre Leclercq: I’m a family man now so I’m driving an X3. But from time to time I take M cars to drive and certainly enjoy them.

BMWBLOG: When did you BMW?

I started at BMW in 2000 after a couple of months at Zagato then Adrian Van Hooydonk gave me a job at the Designworks Studio in California. Then I designed the X5, came to Munich to put it on the road and then I’ve also designed the X6. And again Adrian about two years ago gave me the job at M and said “Push the envelope” and we are trying to do that. The first M Sport Package I worked with my team was the one on the F34 3 GT and I think you will some nice M cars coming out in the future.