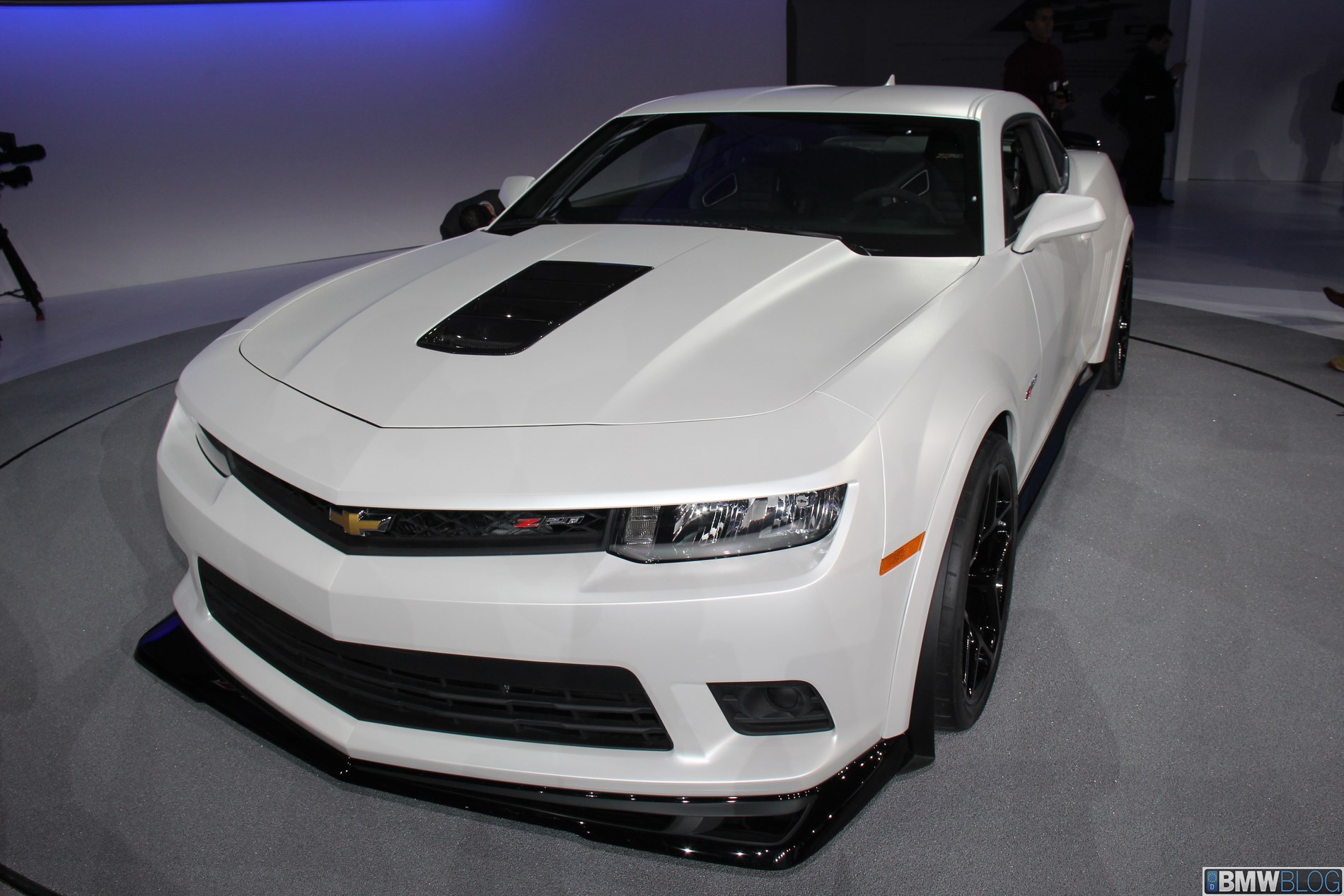 This was perhaps the biggest surprise of the New York Auto Show. Chevrolet unveiled the 2014 Camaro Z28 and proclaimed it the most track capable Camaro ever. They weren’t kidding. The white Z28 looked like it wanted to head straight to the nearest race track and eat some asphalt. It had perhaps the most aggressive stance of any Camaro straight from the factory.

The brakes were huge, saying “Yes, please dive deeper in that corner I’ll stop you with my 1.5 G’s of stopping power.” Performance rubber comes standard, as in R Comps. Anyone who’s been to the track know how awesome R Comps are, but they don’t usually come on production cars short of a 911 GT3.

The 2014 Z28 is capable of generating 1.05 g during cornering. It has some serious looking track oriented seats to grip the driver during spirited driving. To match that, performance carbon ceramic Brembo brakes with forged light weight wheels and R compound Pirelli tires were added as well. Squat aggressive stance. It went on a diet shedding heavy speakers, sound deadening and even AC and it’s 300lbs less than the insanely powerful Camaro ZL1. It’s available in manual transmission only and Air Conditioning is optional. The front clip is formed to force air up to feed the engine and help cool the brakes in addition to the downforce generated during high speed runs.

The motor was co-developed with Corvette Racing and the hand-assembled 7.0 liter V8 delivers 500 horsepower and 470 lb-ft of torque. The LS-7 uses a number of high-performance components, including:

Forged 19” wheels wrapped in a square set up of 305/30/19’s with Pirelli PZero Trofeo R tires. A second liquid-to-liquid system provides cooling for the transmission and differential. This system pumps overcooled transmission fluid to a heat exchanger in the rear differential before traveling to the transmission. This reduces differential temperatures as much as 100 degrees F.

The Z28 goes on sale in spring of 2014 and no pricing was announced.