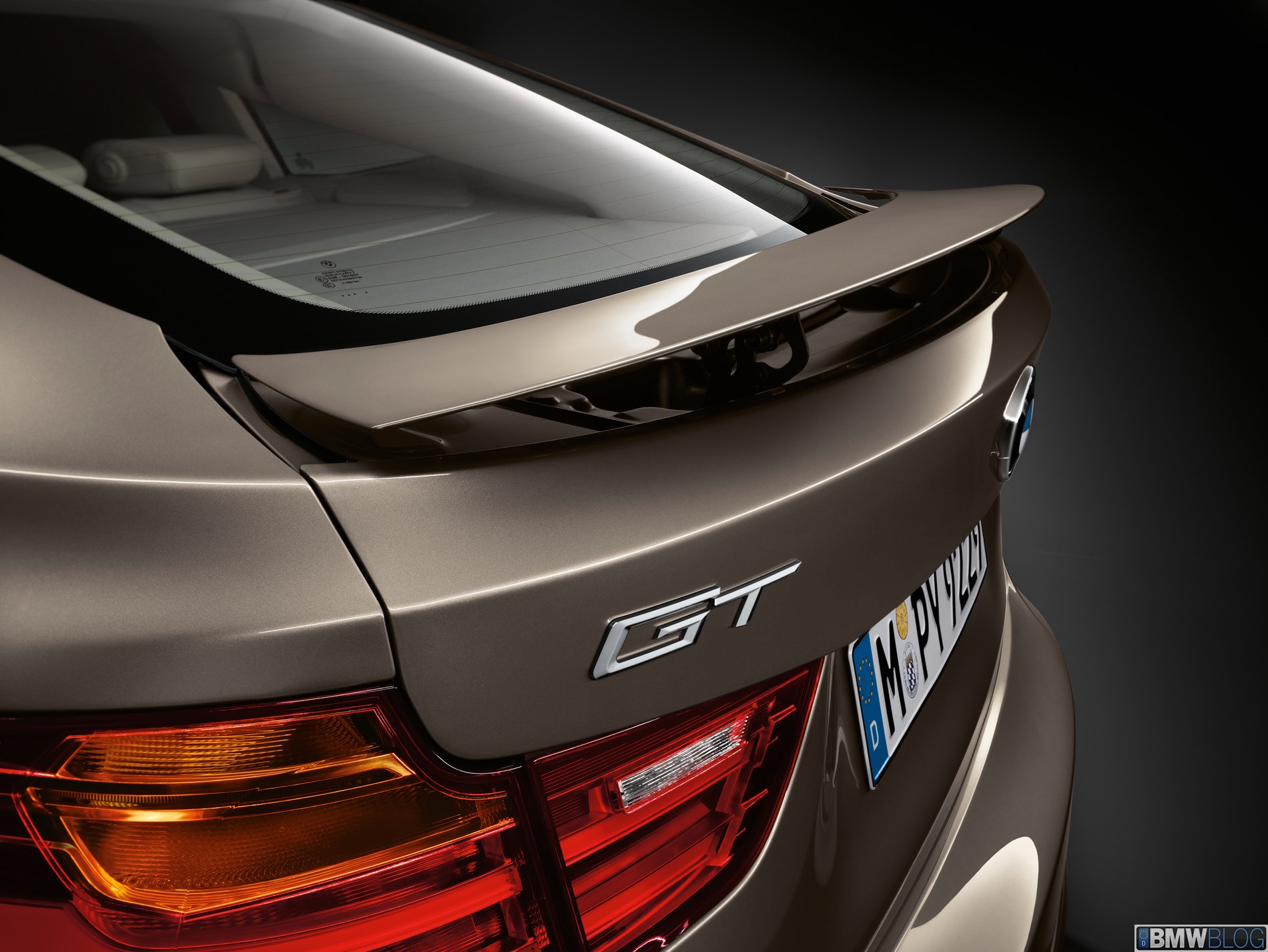 At the 2013 Geneva Auto Show, BMWBLOG interviewed Page Beermann, BMW exterior designer for the new 3 Series GT. BMW’s newest niche vehicle is the third body variant in the 3 Series family unites the sporty-dynamic genes of the Sedan with the practicality and versatility of the Touring, along with enhanced space and ride comfort.

Beerman graduated in 1995 from the Art Center College of Design in California and has been a designer with DesignworksUSA since 2003. In the interview below, Beermann shared with us the inspiration and design elements of the 3 Series Gran Turismo. 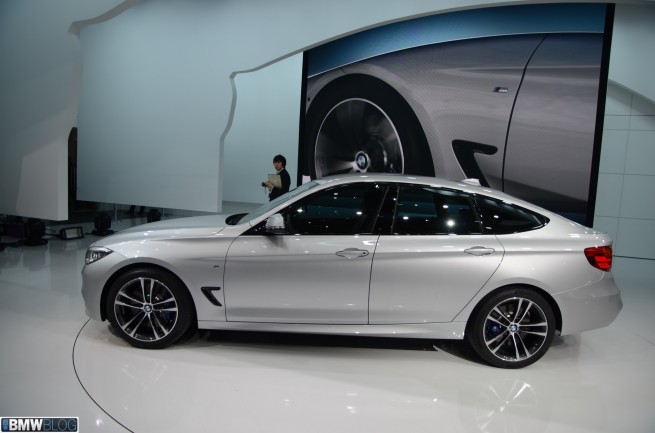 BMWBLOG: What was the design philosophy behind the BMW 3 Series Gran Turismo?

Page Beermann: It’s a very functional mix of possibilities in the rear of the car and having a sporty product. It’s not a 3 Series by any means, it’s a total different concept, the seating to get in and out of the car is completely different, and it’s actually quite more functional than the 3 Series Touring,  quite a bit more space in the rear also in the trunk area. So I kinda wanted to create a product that will appeal to people’s intelligence as well as their emotional side. A lot of people see a car they fall in love with it and make an emotional purchase but I think this speaks to your emotional side as well.

The reason why this is huge silhouette is here it’s because it tells the whole story. You see the car from far and you immediately understand what it’s all about. 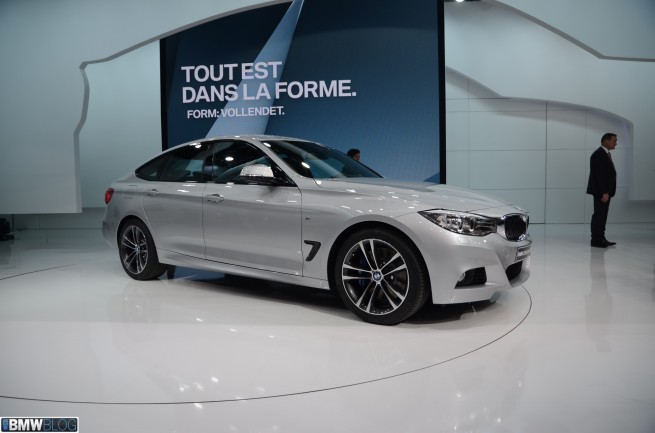 BMWBLOG: What was the starting point for the design? The proportions of an F30? Or have you learned some lessons from the 5 Gran Turismo?

Page Beermann: Of course, that car very functional and package driven, and this car is as well, but we started with the 3 Series long wheelbase sold in China. You get a much more stretched platform and we’re stretching on top of that, partially because of the experience with the 5GT where we really wanted to get some sweetness in the corners of the car, giving the car a more round complete shape.

Also for me, the inspiration for this car was drawn from the Lamborghini Espada Shooting Brake. It is a comfortable four-seater made for driving. 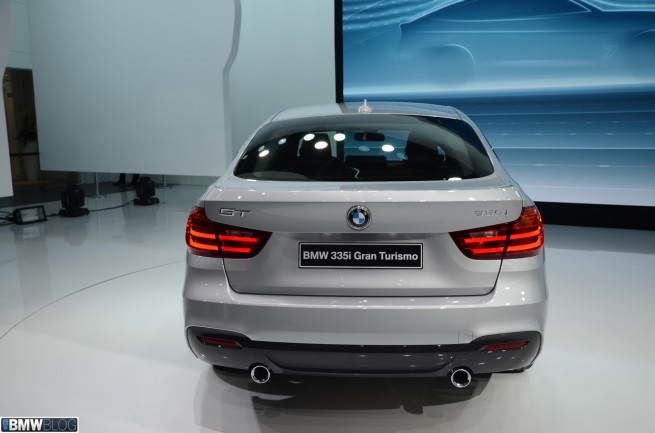 BMWBLOG:  The rear-end seems to have changed quite a bit from the somewhat controversial 5 Series Gran Turismo. How would you describe the changes?

Page Beermann: There are two different scales of cars. One is more targeted customers that would buy a 7 Series or alternatively would buy a 5 GT. The target market for the 3 Series Gran Turismo is much younger, much more lifestyle oriented. Because its 3 Series underlying architecture, the roof and rear are lower, and it has an active spoiler that allows you to lower the rear of the car, the reason why we put that on there. Getting awesome proportions in the back was our goal. 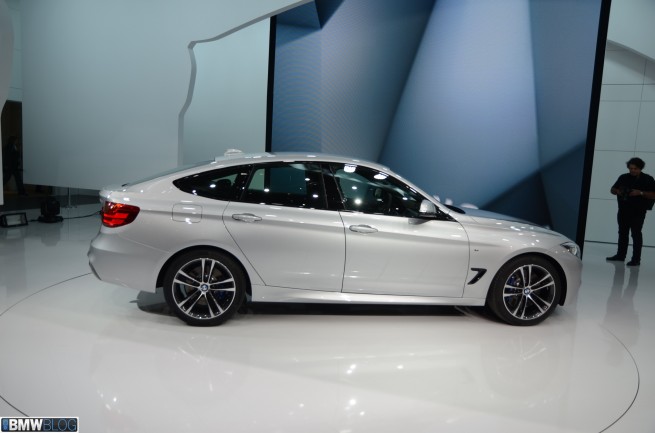 BMWBLOG: What are some design elements that have been the most challenging to draw?

Page Beermann: Again, the silhouette was really challenging cause  you have to create a smooth, flowing appearance, but at the same time leave a lot of passenger head clearance for the rear. and to do that in one clean line was pretty tough, so that took a while of refinement. I think what’s nice  about the car is the impression of being compact, but when you walk around the car it still has a width impression and lots of presence. If you look at the front of the car, it kinda has a larger face than the 3 Series and it’s a little bit softer than the F30 sedan because it has to be a more elegant driving experience. 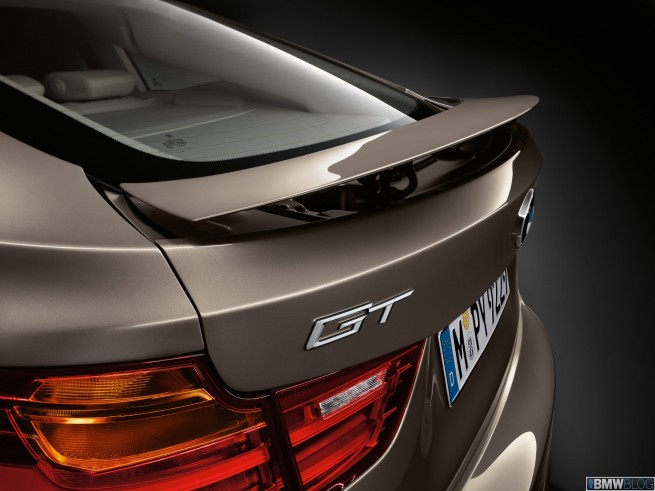 BMWBLOG: Any particular aerodynamic elements that stand out?

Page Beermann: The Active Spoiler in the rear, also the air breather on the side of the car which is slowly becoming part of BMW’s form language on almost every new car, you might have seen it on the 4 Series as well. It brings pretty significant aerodynamics advantage. The car also what a call, a shark nose, when the F30 has a more vertical nose. With this car we had the opportunity to push it a bit forward because of the way the kidneys integrate into the front bumper. 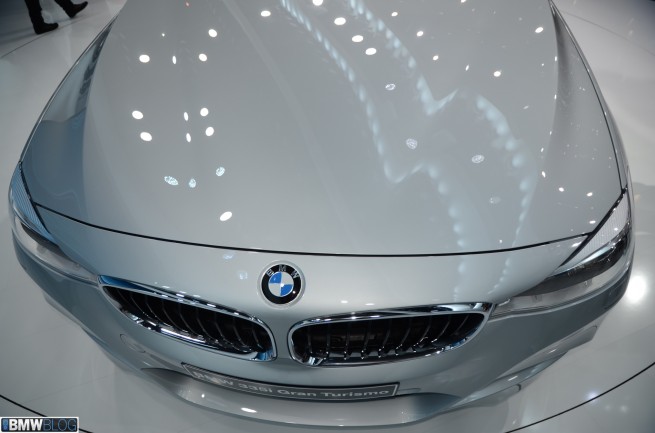 BMWBLOG: Any challenges due to the pedestrian safety regulations?

Page Beermann: All of those things are considered and they are getting more challenging and some of the features on the body side are designed around some very difficult hard points. But I don’t think you can really tell what it is. I think we are still able to design very beautiful cars  that doesn’t have to compromise so much because of those regulations.

BMWBLOG: Trunk opening. How is it different than the 5 GT?

Page Beermann: The 5 GT has a two-stage opening and this is a single stage, everything opens at once and allows you to load about everything you would want. It’s actually designed to load a refrigerator. European refrigerator, not the U.S. one. 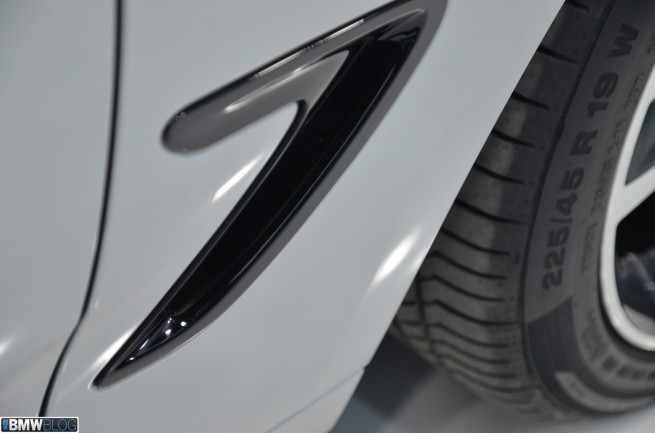 BMWBLOG: What are design features are specific to the 3 Series Gran Turismo?

Page Beermann: One is the kink in the window graphic, it sort of has a second kick before it goes into the Hofmeister. The idea behind that was to give the car more volume at the rear wheel and stabilize the car. We also did a lot of things with the aerodynamics of the cabin which has a tear-drop shape to it. It’s a bit narrower towards the back. It helps with airflow but also gives you a strong shoulder over the rear wheel.

The doors are also new, one of the features of the GT line is that all of the design elements carry through the B-pillar into the door, a design feature that none of our other products have it because the GT is more oriented towards interior experience.

BMWBLOG: Headlights are different from the F30.

Page Beermann: Actually there is no common component with the F30. If you saw the F30 next, you would see the headlights being done a bit more softer. Integrating the lamps into the kidney grille serves lots of purposes, one is the aerodynamics, two it creates a more wholistic graphic and it actually gives you more room, you can make the headlight and the kidney wider.

BMWBLOG:  The M Sport package now gives the car an M-logo on the side, clearly a new thing for BMW.

Page Beermann: If you’re going to buy the M Sport package, as a customer you should be able to show it off. It is not an M car, just to clarify. 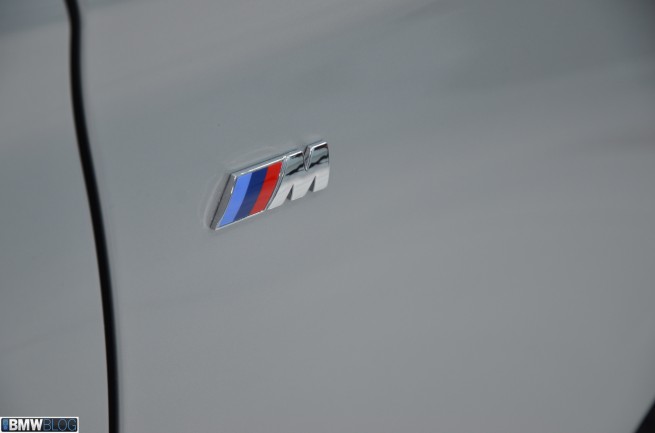 BMWBLOG:  Bottom line: why would a customer buy this car?

Page Beermann: The funny thing in this case is that as a designer, I would also be a customer, like you normally don’t have that opportunity. You might end up designing a 1 or 7 Series, and you’re not the target demographic. Actually in this case I am. Best of both worlds, I can fit five boards in the back of it and still drive around with three friends. I feel like I am not really sacrificing that much in terms of driving dynamics and it’s essentially a 3 Series quality drive, maybe a little less sporty. I think it’s a ready alternative to a touring for people that have an active lifestyle, for young families that require space, and it’s a good and more efficient alternative to an SUV.