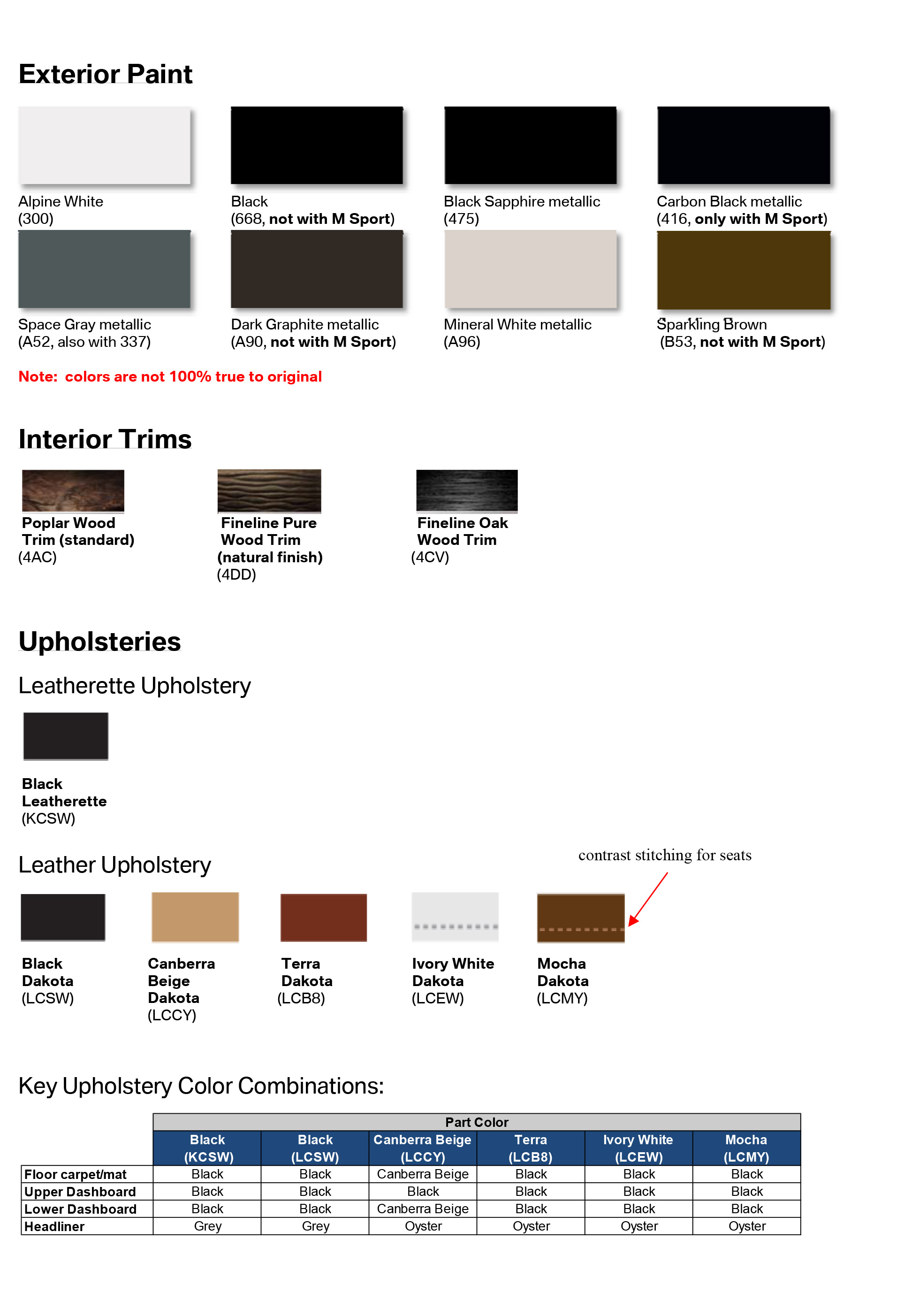 The new 2014 BMW X5 will kick off its production lines in August of this year while the production of the current E70 model ends in July 2013. BMW has yet to reveal when the F15 X5 will be introduced to the public but we expect to see the high-seller SAV making at appearance next month at New York Auto Show. First leaked photos of the X5 surfaced back in January.

Ahead of its debut, BMW dealerships are starting to receive the ordering guides that give us a look at the options, paints and upholsteries for the new X5. The following exterior colors will be offered for the F15 X5: Alpine White, Black, Black Sapphire Metallic, Carbon Black Metallic, Space Gray Metallic, Dark Graphite Metallic, Mineral White Metallic and Sparkling Brown.

The F15 X5 is based on the architecture of the 5 Series which provides significant contribution to weight reduction – more than 100 kilograms – despite the ever growing dimensions – along with a sportier driving experience. The lower weight also lays the groundwork for smaller engines to be used in the X5, like both petrol and diesel four-cylinder units.

Inside, the customers will have a choice between Black Leatherette and Black Dakota Leather, Canberra Beige Dakota, Terra Dakota, Ivory White Dakota and Mocha Dakota with contrast stitching.

First introduced with the new 1 and 3 Series models, pre-configured packages / lines will be offered for the X5 as well, starting with the Luxury Line (ZLL), xLine (ZXD) and ending with the M Sport Package. The Luxury Line and xLine will also come with exclusive Line-specific 19″ wheel (optional upgrade to 20“ wheels) and a unique car key.

See below for more details on the options for the 2014 BMW X5: 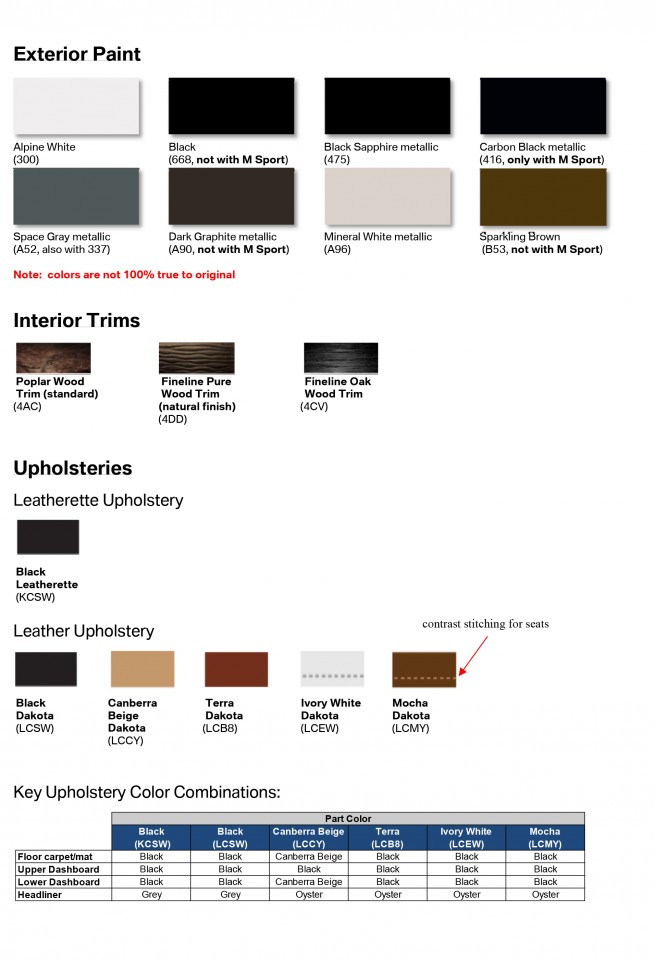 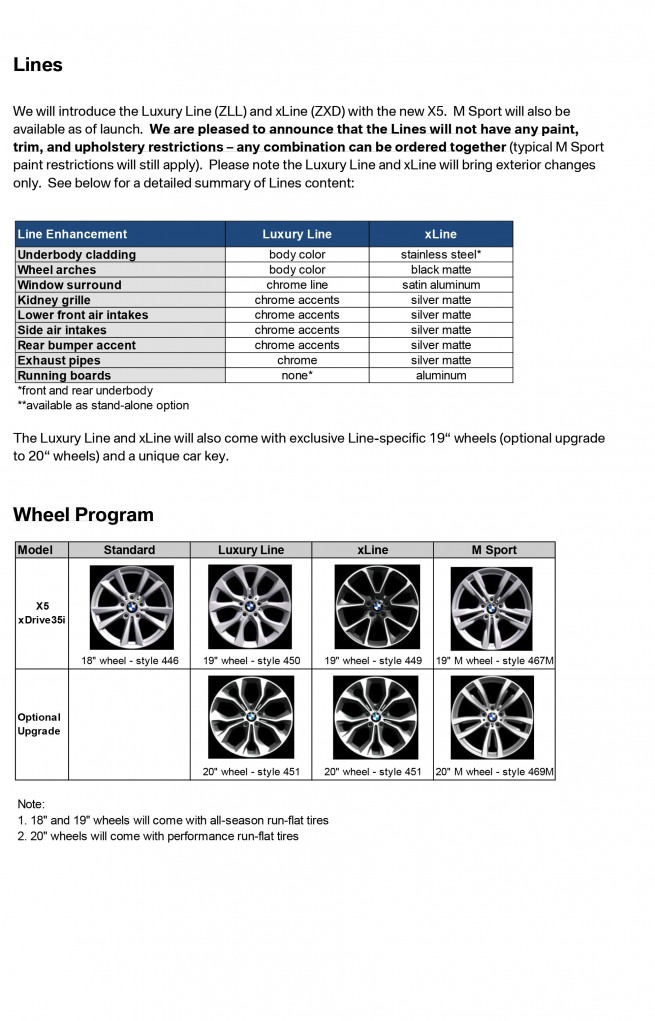