After four successful years with the BMW M3 GT, BMW is setting course for the future in the American Le Mans Series, and is lining up with a new challenger: the BMW Z4 GTE.

In July 2012, BMW Motorsport engineers in Munich began work on developing a GTE version of the BMW Z4, which would comply with ACO regulations. The BMW Z4 GT3, which has enjoyed great success in top-level GT racing series around the world for several years, formed the basis for the development. The ACO regulations stipulate that electronic aids used on GT3 racing cars, such as ABS and DSC, are not permitted on the BMW Z4 GTE.

The BMW Z4 GTE is considerably more compact than its successful predecessor, the BMW M3 GT. Without its rear wing it is 239 millimetres shorter and 75 millimetres lower than the ALMS GT champion from the 2010 and 2011 seasons. The wheel base of the BMW Z4 GTE is 267 millimetres shorter. The new car is, however, 98 millimetres wider than the BMW M3 GT. All the dimensions of the BMW Z4 GTE have been modified to comply with ACO regulations. The necessary new developments regarding aerodynamics – such as the undercarriage and rear wing – proved to be a real challenge for the BMW engineers in Munich, particularly given the tight time frame. 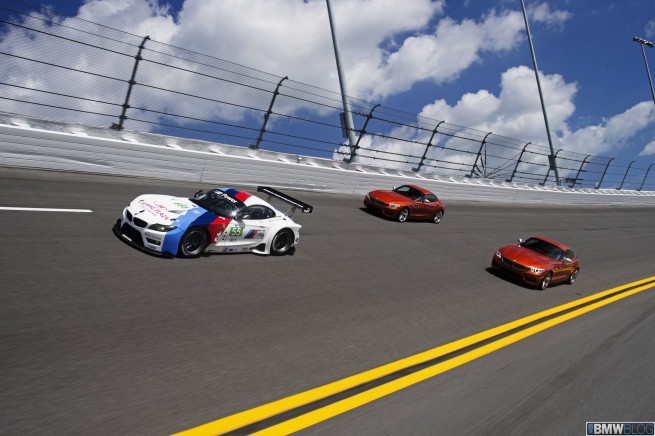 At the start of the development, the first task was to study precisely the ACO regulations and to fully grasp the meaning of every minute detail with regard to the modification of the BMW Z4 GT3. In doing this, the experts at BMW Motorsport benefitted from the experience gained during the design of the BMW M3 GT. A prototype of the BMW Z4 GTE was then built, in order to allow the first series of tests in the wind tunnel. The data gained here was then compared with the values calculated previously in simulations. The engineers were then able to use the findings from these results to gradually optimise the new car. Minor modifications also had to be made to the 4.4-litre, eight-cylinder engine – the powerful heart of the BMW Z4 GTE – in order to allow it to be used in the ALMS. 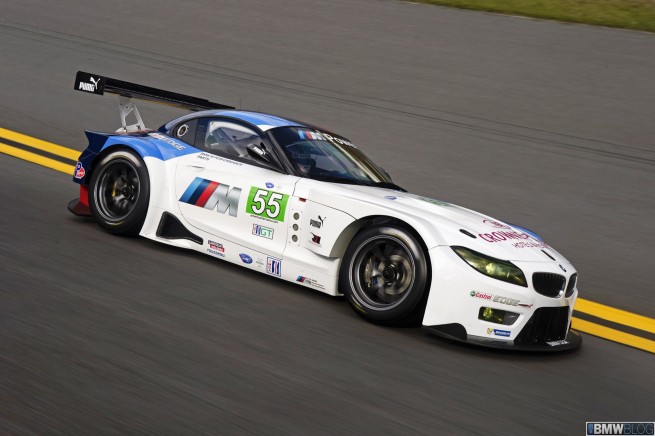 The new car finally completed its first test out on the racetrack in late January 2013. BMW Team RLL was integrated in all the workflows throughout the entire development period. The engineers from the US travelled to Germany in December 2012 to assist with the assembly of the BMW Z4 GTE. From the start of 2013 up to the first test they worked hand in hand with their colleagues in Munich. This allowed them to bundle the experience they gained in the ALMS since 2009 and incorporate it in the BMW Z4 GTE. 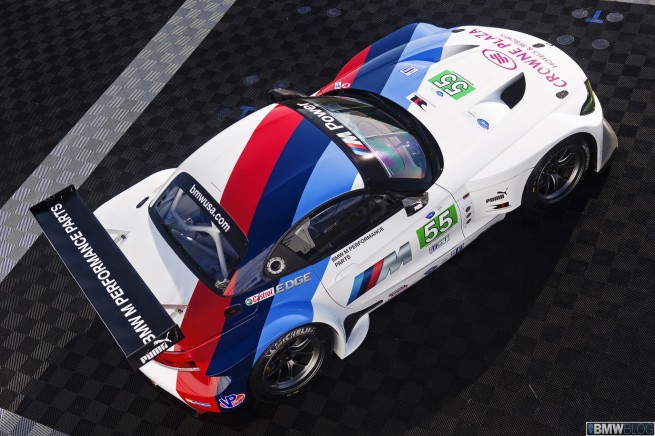 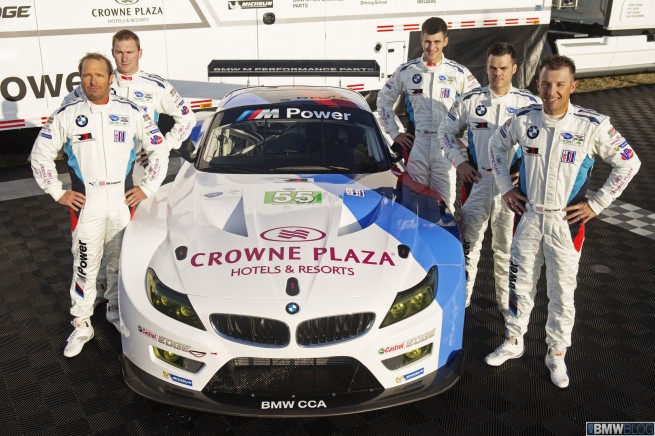