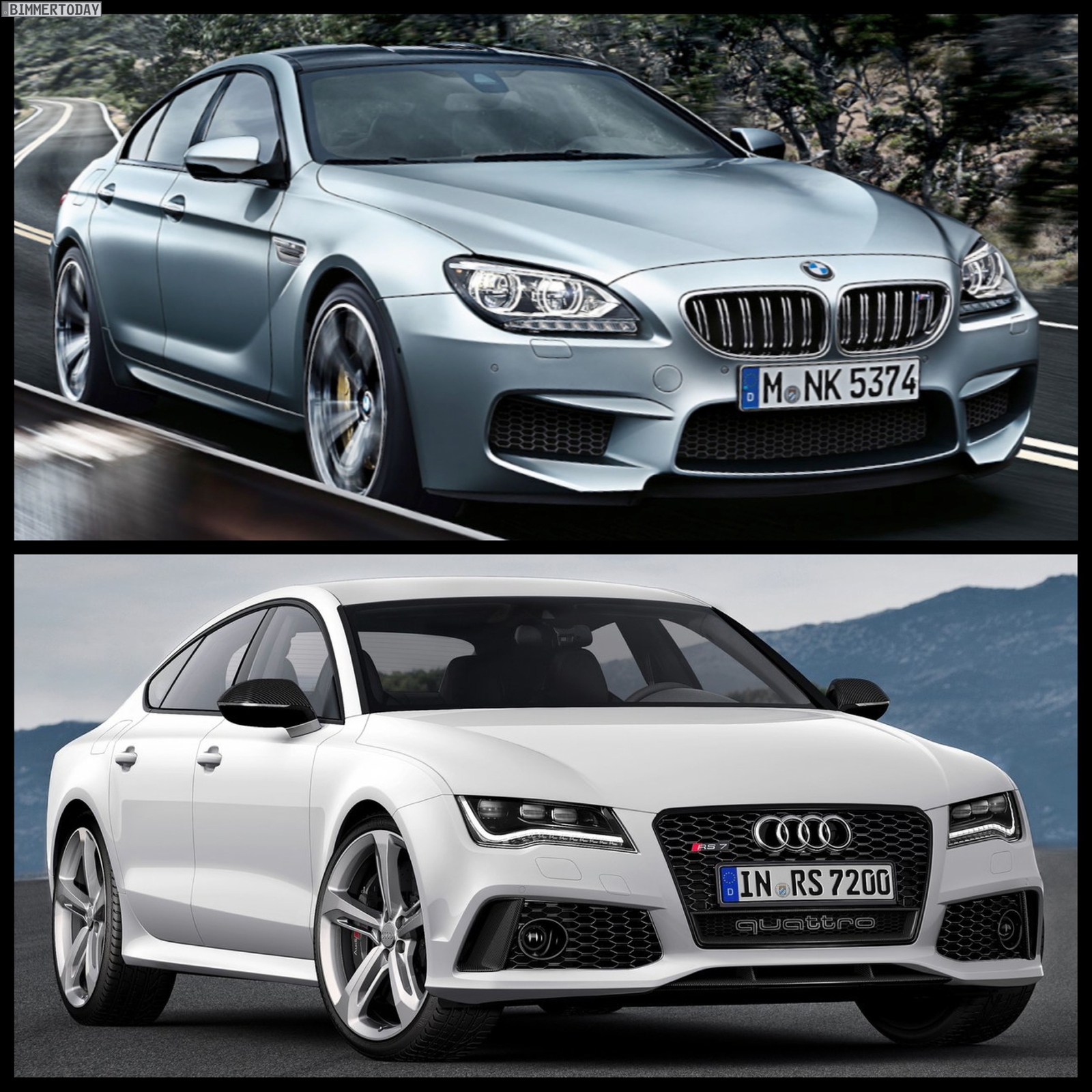 At the 2013 Detroit Auto Show, BMW debuted the first M6 model with four-doors. The BMW M6 Gran Coupe goes on sale this May and will compete in the four-door coupe segment with similar offerings from Mercedes-Benz and Audi.

Just recently Audi has also previewed a new, super sporty model in the RS line. The new Audi RS7 Sportback shares its drivetrain with the Audi RS6 Avant and has similar tech specs as the M6. 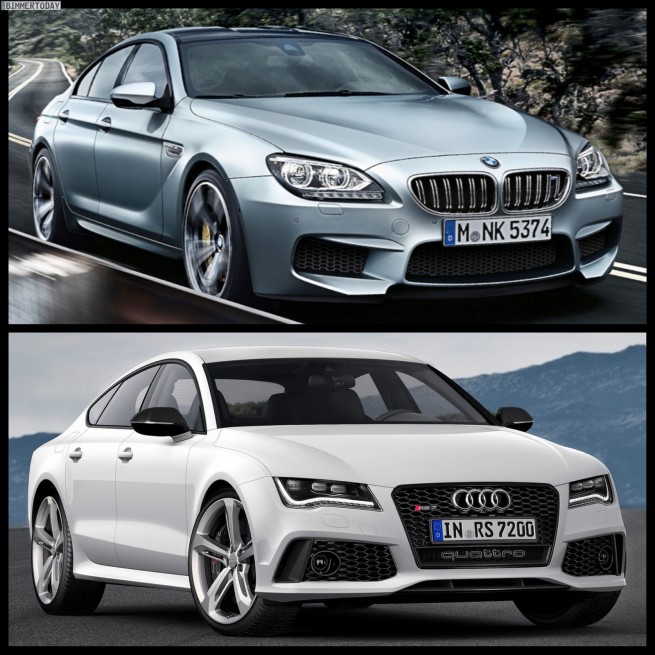 Audi stays true to its DNA and the RS7 Sportback sends power to the wheels via the quattro system. The better traction and slightly more powerful engine allows the RS7 to run from 0 to 62 mph in 3.9 seconds, two tenths of a second faster than the M6 Gran Coupe.

Since we are not able to compare the performance of the two cars in real life, yet, we decided to offer our usual photo comparison between these two amazing automobiles. Let’s have a look at the styling of the two and share with us your comments in the section below. 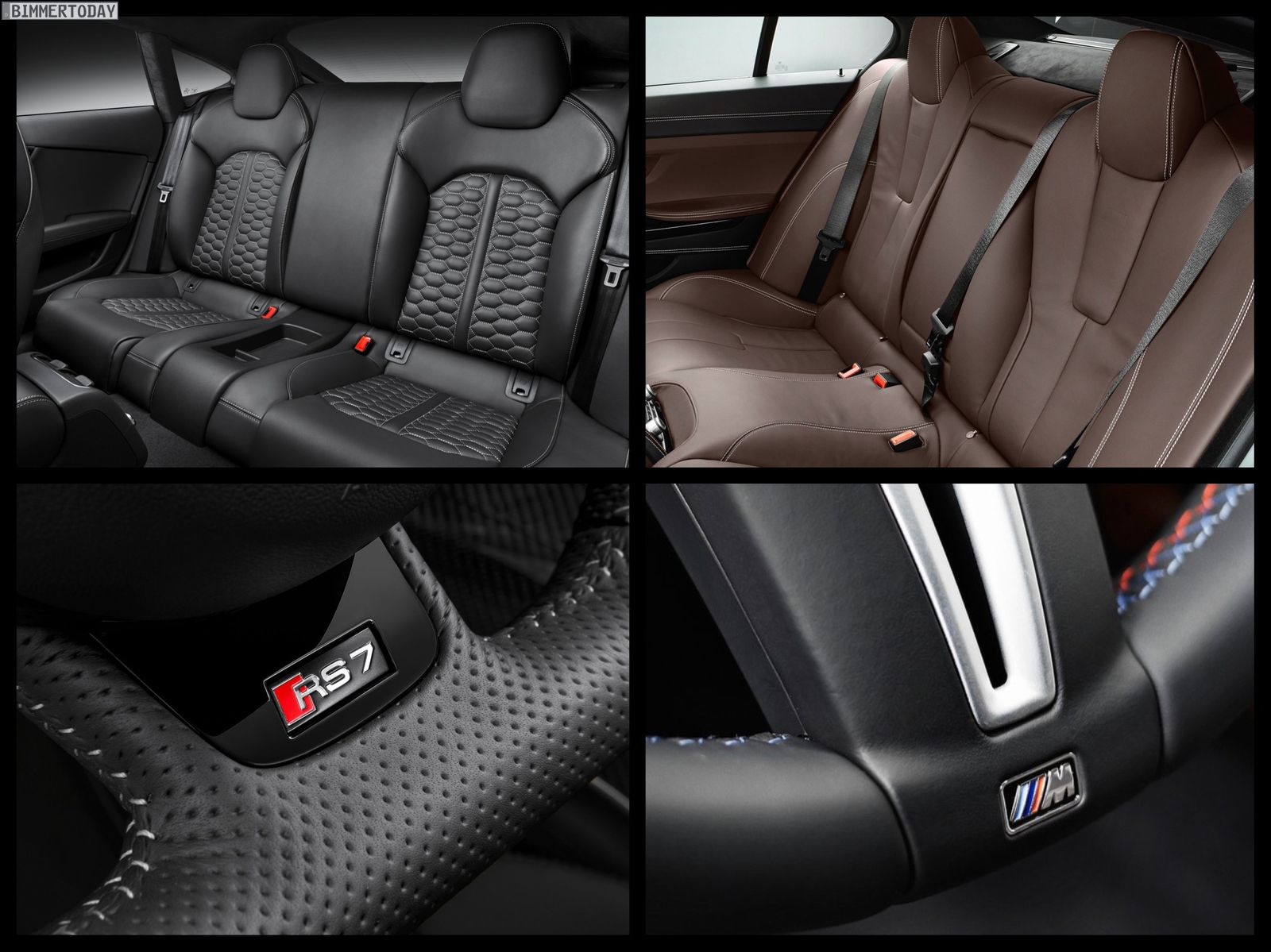 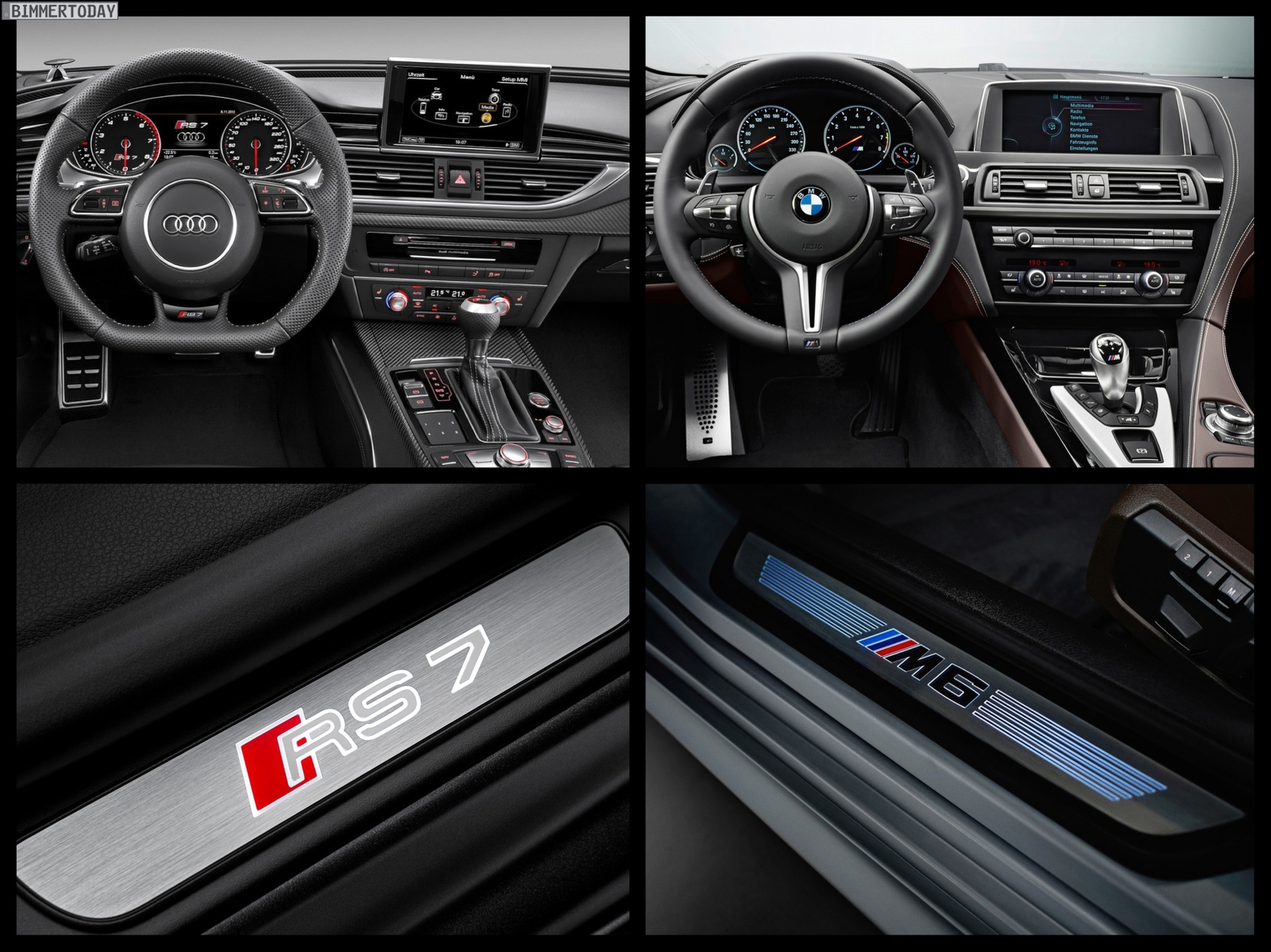 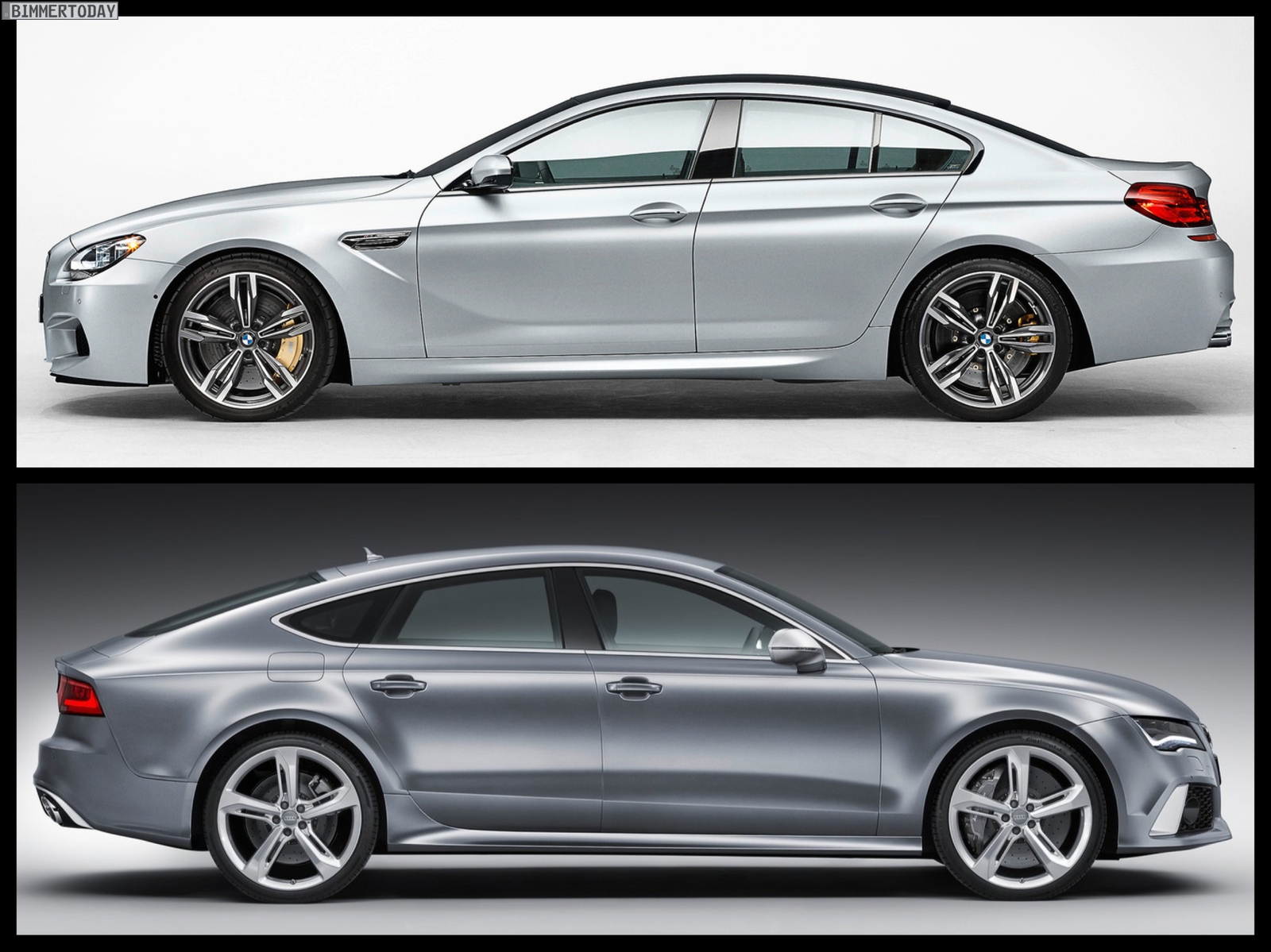 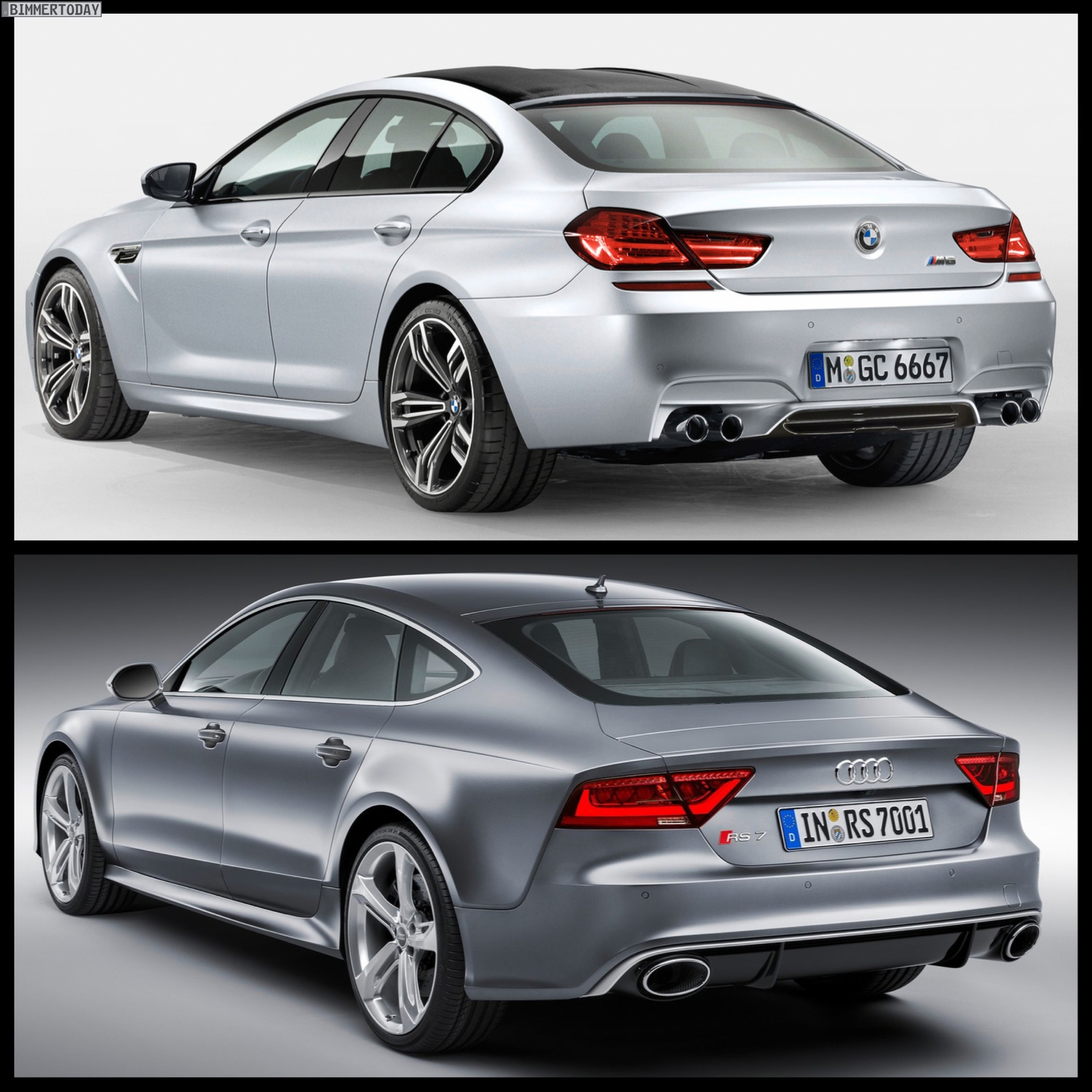