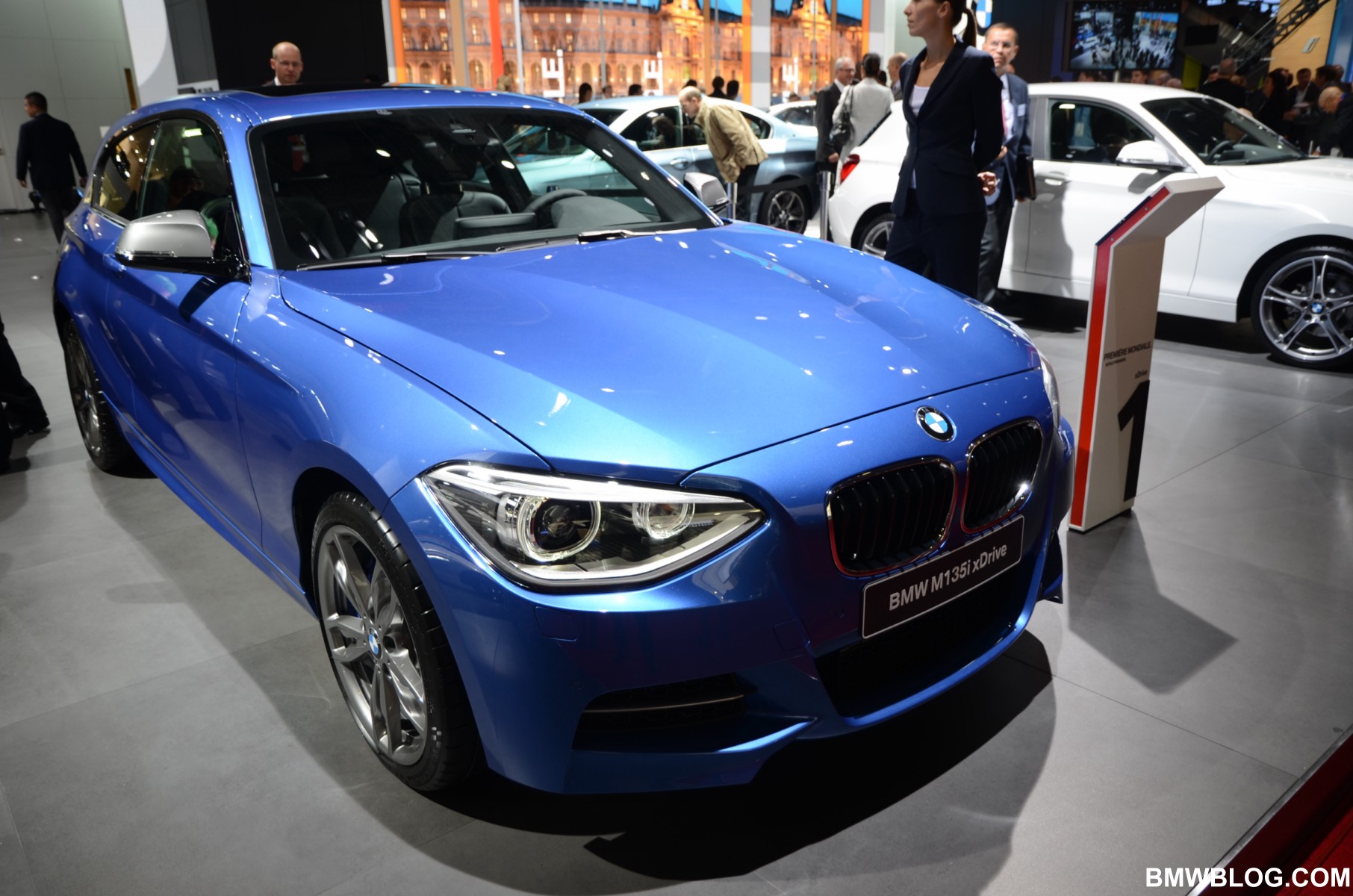 While in Paris, we had a chance to take a closer look at the new BMW M135i with xDrive.

The BMW M135i xDrive sprints from 0 to 100 km/h in just 4.7 seconds and reaches a top speed of 250 km/h – the top limit permitted by the vehicle’s electronic speed control system. Average fuel consumption in the EU test cycle is 7.8 liters /100 km, and the CO2 emissions level is 182 grams per kilometer. 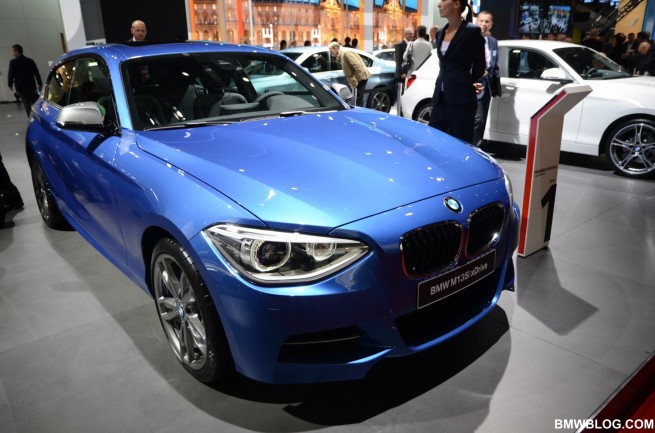 It’s only available for the European market, but a coupe version, dubbed M235i, will debut in the U.S. within three years.