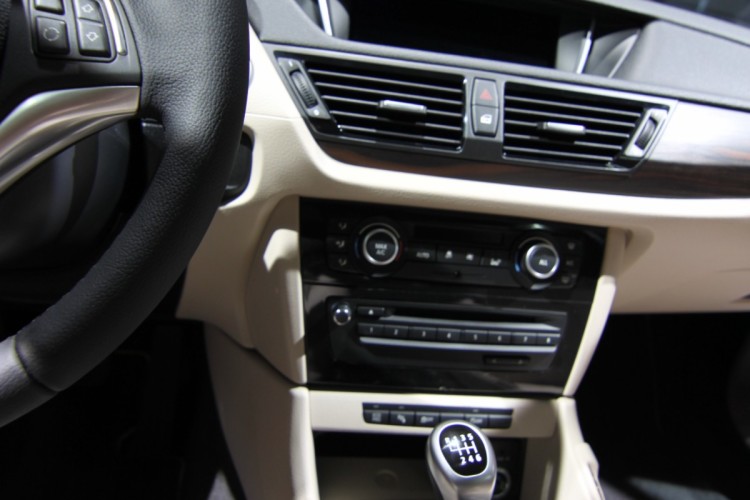 The facelifted X1 was also present at the BMW stand in Paris. Sporting the once 1M-exclusive Valencia Orange, the X1 has under the hood the highly efficient 2.0 liter four-cylinder diesel engine producing 116 horsepower at 4,000 rpm and 260 Nm of torque between 1,750 and 3,000 rpm.

The engine uses the BMW TwinPower Turbo technology: turbocharger with geometry and common-rail direct injection. The fuel consumption is rated at 48 mpg or 4.9 liter/100 km, in combined scenarios.

Instead of BMW’s xDrive platform, the model displayed on the floor uses the rear-wheel drive architecture. 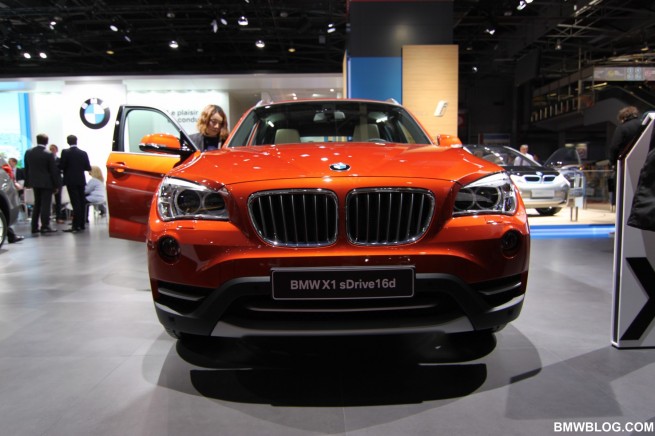 The new 2013 BMW X1 made its U.S. premiere at the New York Auto Show and arrived in authorized BMW Centers just weeks ago.

The entry-level premium SAV is built at the Leipzig plant and since its introduction to the European market in 2008, it was sold to over 275,000 customers. For the first time in a SAV, BMW will offer the X1 with two lines: xLine (xDrive) and Sport Line (rear-wheel-drive). For enthusiasts who want to accentuate the sporting character of their X1 even further, an M Sport Package is also available.

Here is the photo gallery from Paris.