It is one of a couple hundred survivors of just 461 produced. The car, as the photos, attest is in as-new condition. Not over-restored and mollycoddled, but driven and cared for.

In 1936 BMW was looking for a follow on to the 319, which was losing its edge in auto racing. They needed something done quickly (‘has to be completed by yesterday’) and pulled in some of their best technical resources, including Alex von Falkenhausen, to work on the project. 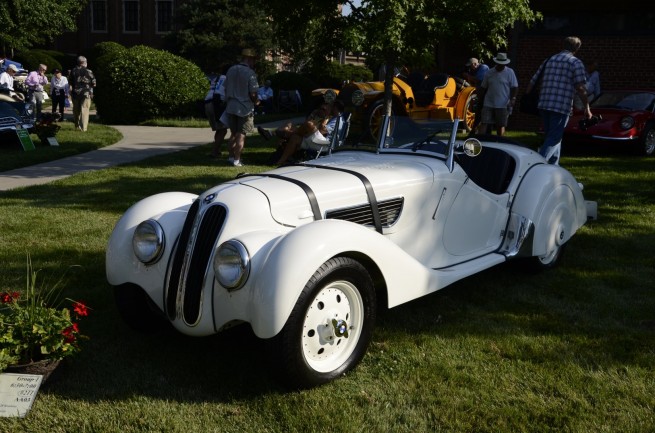 And the end result is the much loved BMW 328. There wasn’t a lot of money to go around so they had to make do with bits and pieces from existing vehicles, especially the 319/1. They used a steel tube ladder frame (it was a quick exercise) and an ‘aluminum over wood’ body on the car.

They even used an odd duck cylinder had, overhead valve arrangement on an existing short block (a 2.0 liter inline OHV six). That became the M328 engine. Regardless of the compromises,the sum total of the 328 exceeded the humble/odd origin and the individual value of the parts.

(Astute observers will have noticed that this is an example of the post-war Bristol version of the M328 engine. But it is essentially the
same engine BMW cobbled up in 1936. You can see the tubes carrying the horizontal pushrods from one side of the head to the other.)

The 328 is a tiny car, shorter and narrower than an original (NA) Mazda Miata, it even weighed over 100 kg less than the lightweight Miata. It has a deceptive presence, it seems bigger than it is. But the lightweight and decent (for the 1930s) power meant for a compelling sports car. A 0 – 60 time of around 10 seconds was pretty remarkable for the 1930s.

But the BMW 328 showed the way for the BMWs we know today. Sharp handling, great styling with an interior that, while understated, was sufficiently luxurious. It was good to see another example of this car in person, they’re a rare treat. 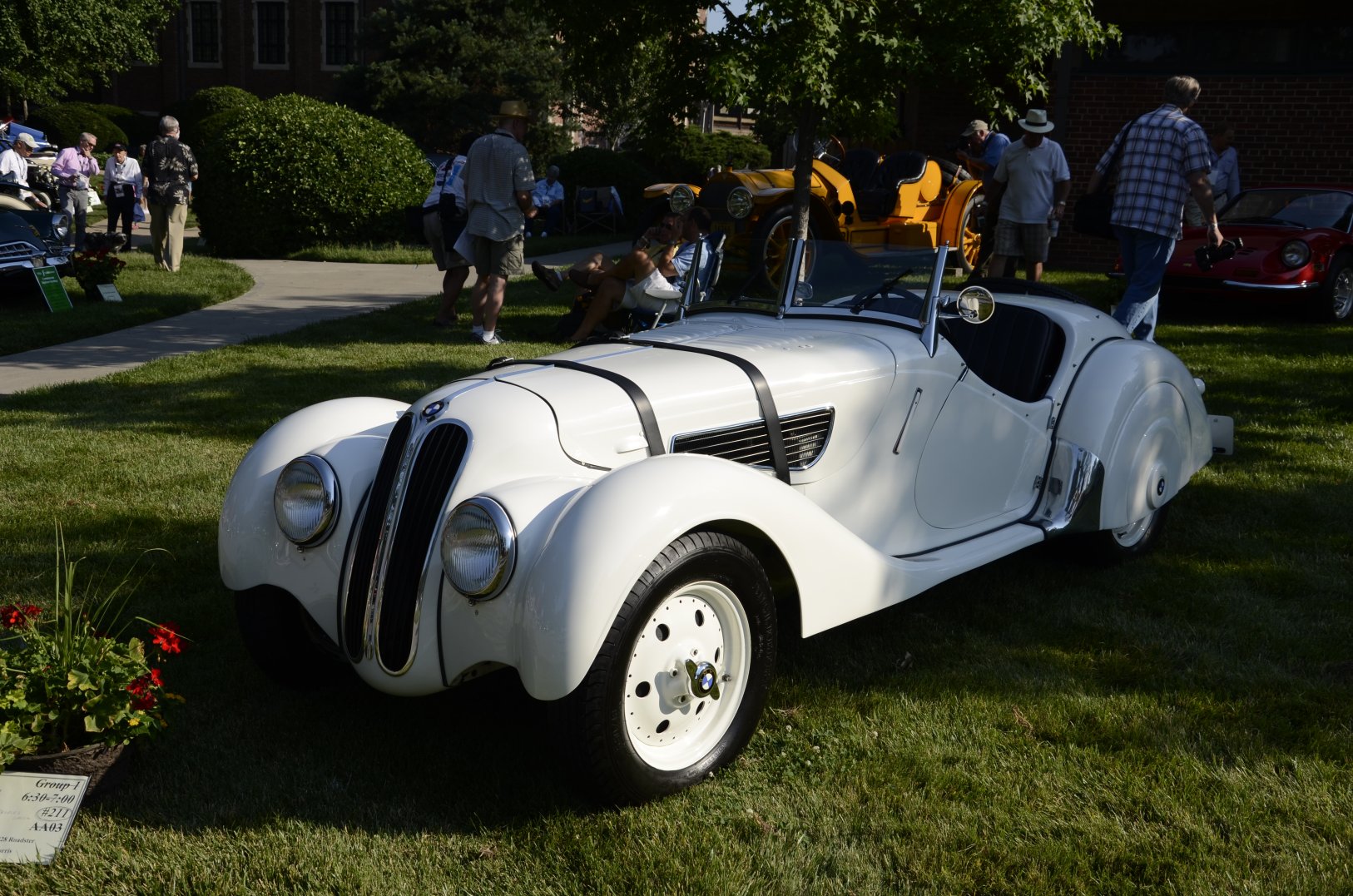 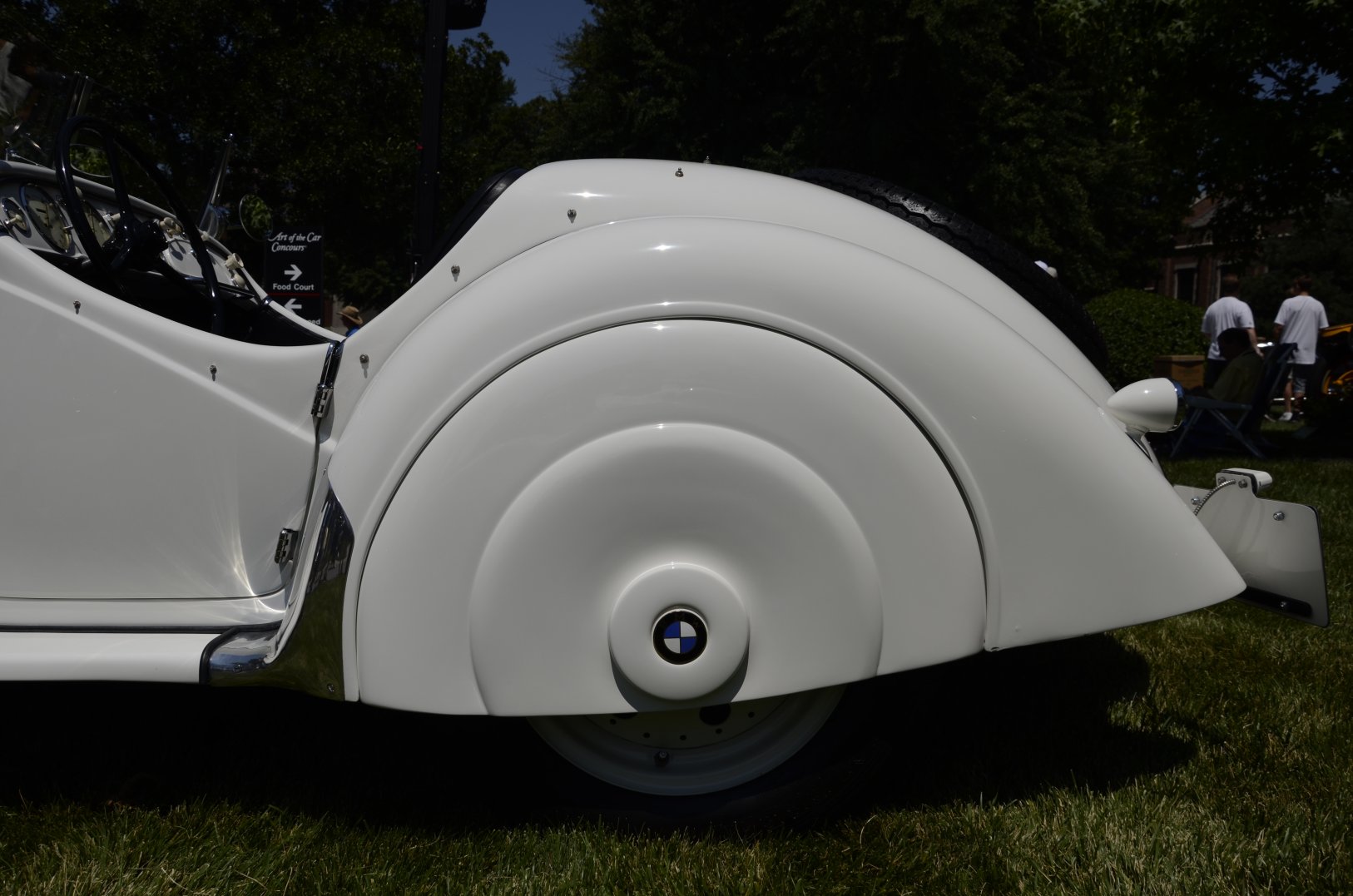 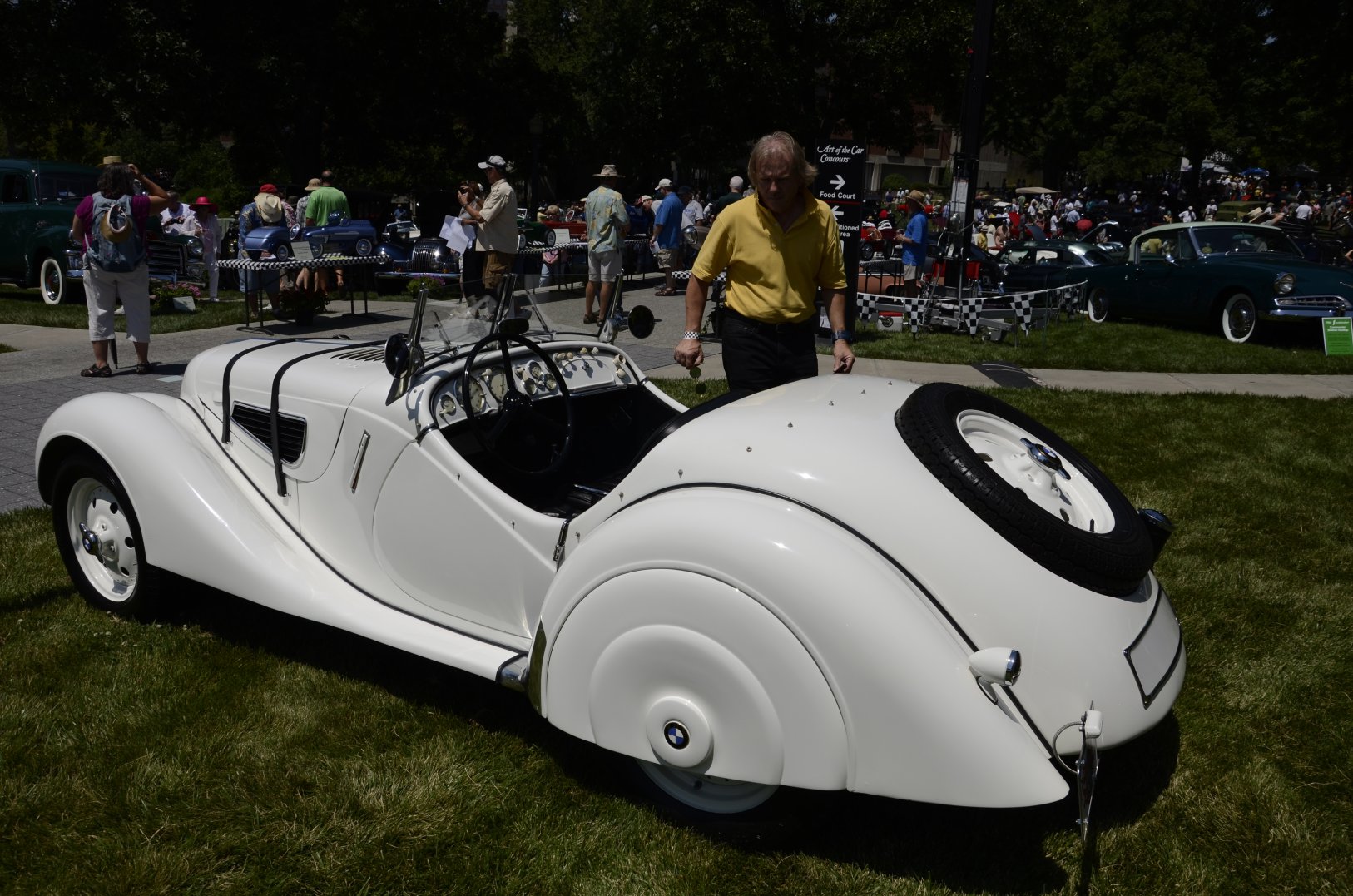 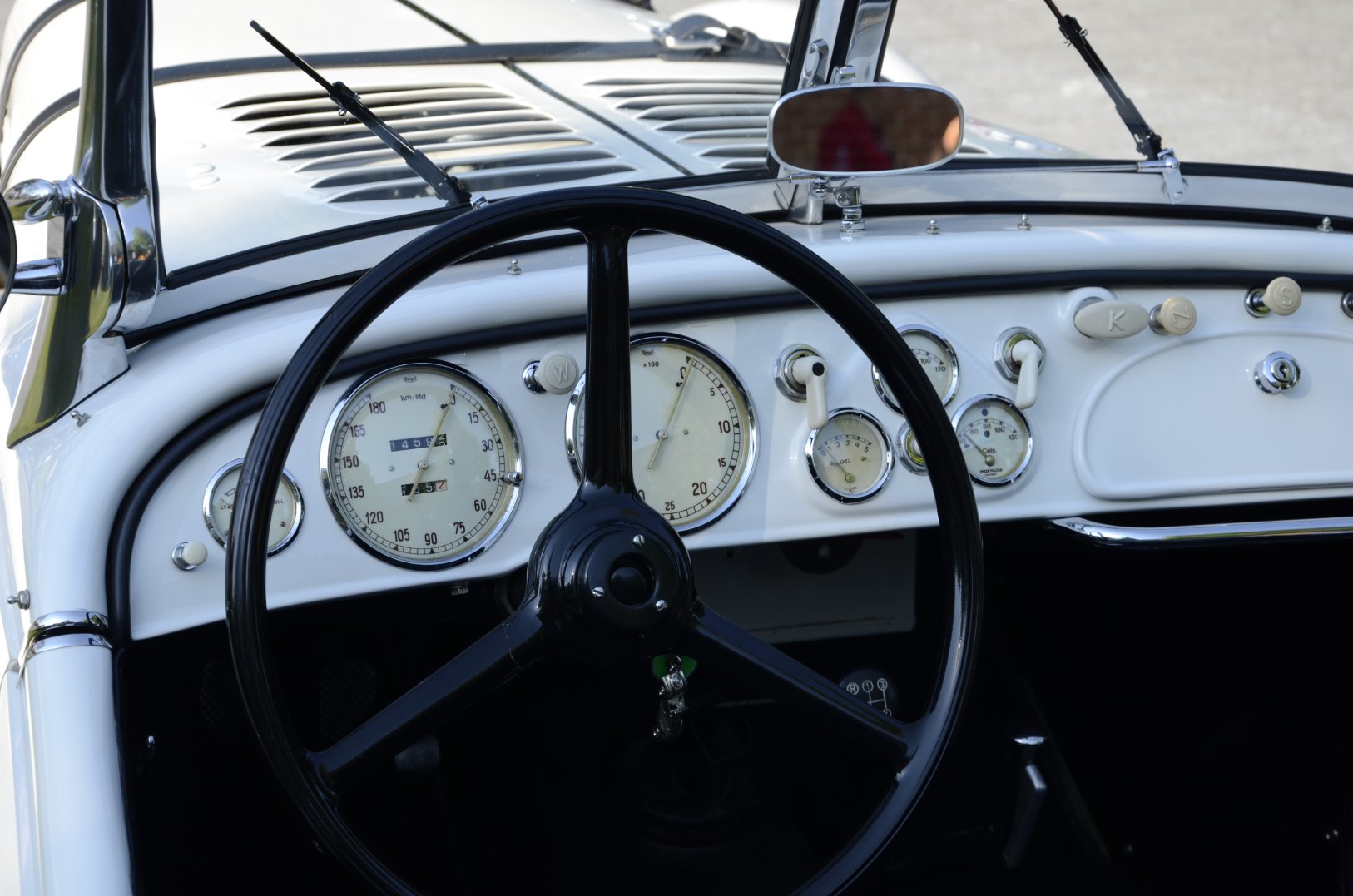 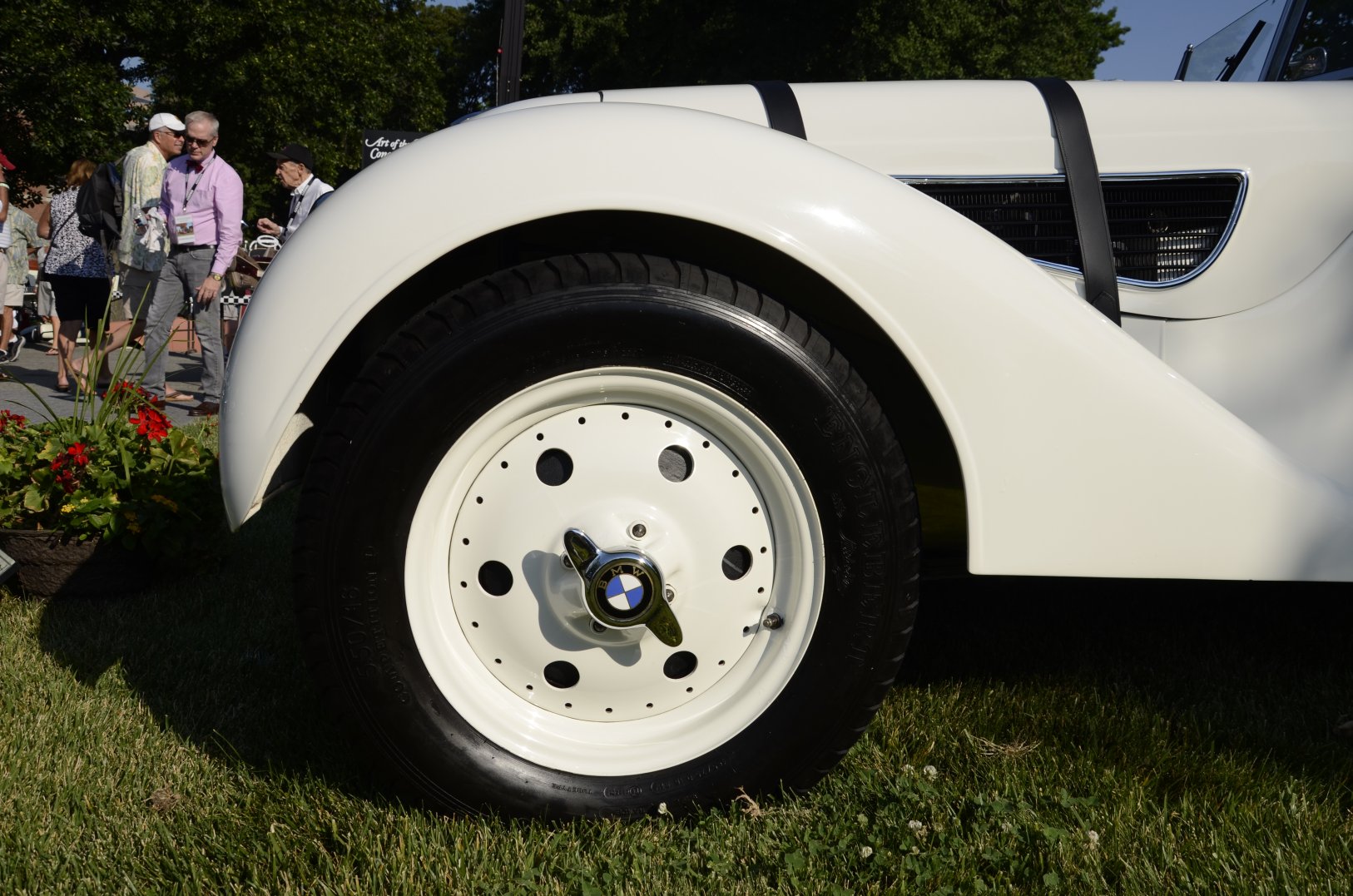