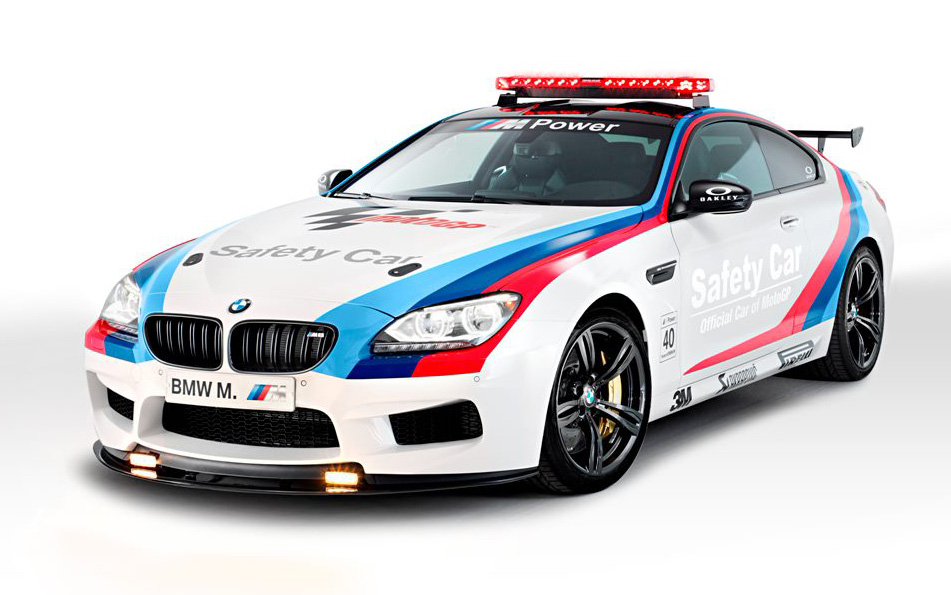 Following the tradition of the new 1M or M5, the BMW M6 MotoGP Safety Car will take over as the official safety car for the bike championship. Last year at the Nurburgring’s M Festival BMW showcased the 1M MotoGP, along with the F10 M5 Ring Taxi and this year’s festival will host the debut of the M6 Coupe MotoGP.

As expected, the BMW M6 Safety Car comes with plenty of carbon fiber parts, such as the front bumper lip, side mirrors and adjustable rear wing to provide the requisite downforce. Polycarbonate side and rear windows are included as well. Due to the Akrapovic partnership announced a few months ago, we expect the M6 MotoGP to come equipped with a special lightweight titanium race exhaust system that not only saves weight but also delivers a captivating sound for the benefit of the spectators. Complementing the discreet spoiler lip on the boot lid there is now a rear wing.

No shots of the interior yet but we wouldn’t be surprised to see a rollover cage, the absence of rear seats, two racing Recaro bucket seats, along with an M steering wheel in Alcantara. 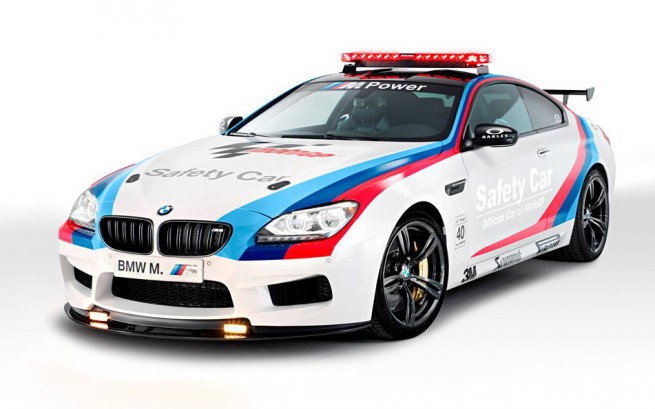 Stay tuned for more photos from M Festival this weekend!