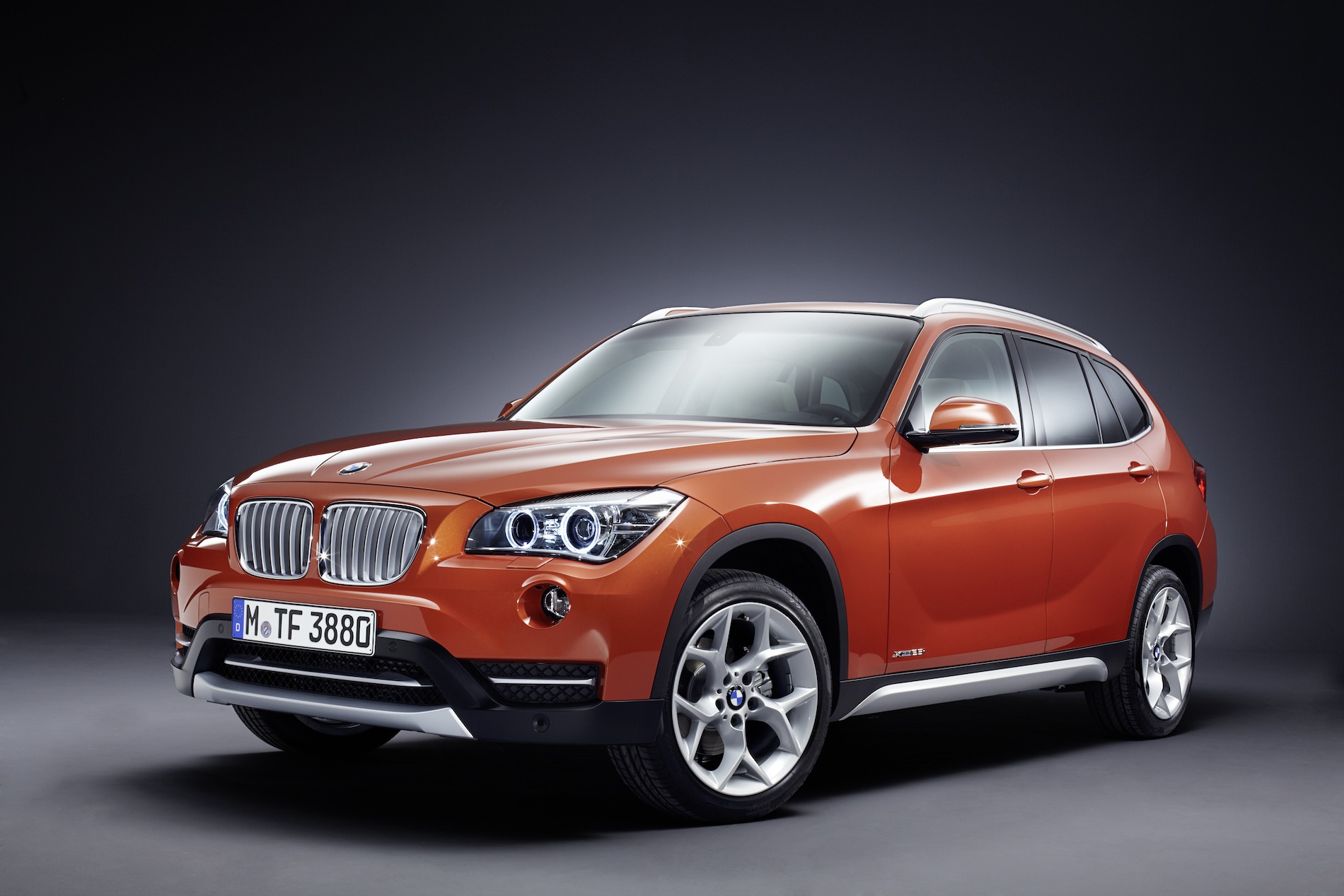 Having demonstrated that it is the perfect blend sports sedan-like driving dynamics and SUV utility in markets around the world, the BMW X1 is setting out to conquer the US. The talented Sport Activity Vehicle of the premium compact segment will make its US market debut armed with state-of-the-art powertrain technology, innovative features, selective design modifications and extensive interior refinements.

The new 2013 BMW X1 celebrates its US premiere at the New York International Auto Show and will arrive in authorized BMW Centers in the fall of 2012 starting at an MSRP of $31,545 (including $895 Destination and Handling). 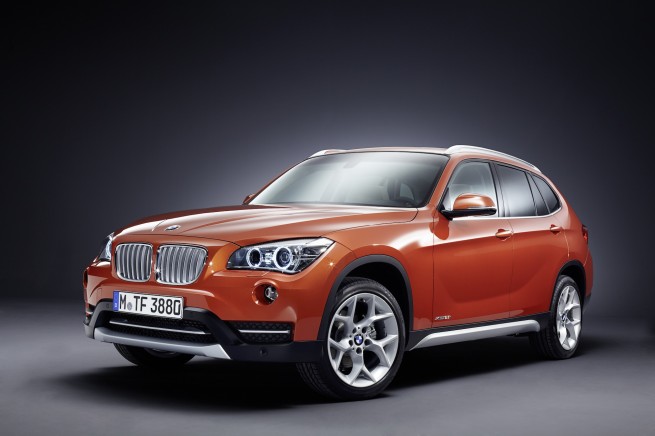 The smallest BMW X model – produced at BMW Plant Leipzig – will take the leap across the pond with a renewed spring in its step, the result of a carefully judged honing of its core qualities. The design of the BMW X1 body now provides an even more intense expression of the vehicle’s muscular presence, contemporary allure and versatile sporting capability. Its interior includes newly designed surfaces, more polished controls and high-quality touches exuding the exclusive premium ambience of a compact BMW X model.

The BMW X1 has adopted a pioneering role among its premium class rivals in its current markets – and a repeat performance in the US is expected. Blending the versatility and robustness of a BMW X model with a high level of agility and compact exterior dimensions, the X1 has set new standards from the word go. Powerful engines with BMW TwinPower Turbo technology and a broad spectrum of BMW EfficientDynamics technologies fitted as standard worldwide give the new BMW X1 the tools to further increase its lead over the competition in terms of sporting ability and efficiency.

Design: new touches to sharpen its contemporary looks and enhance its versatility and sporting flair. 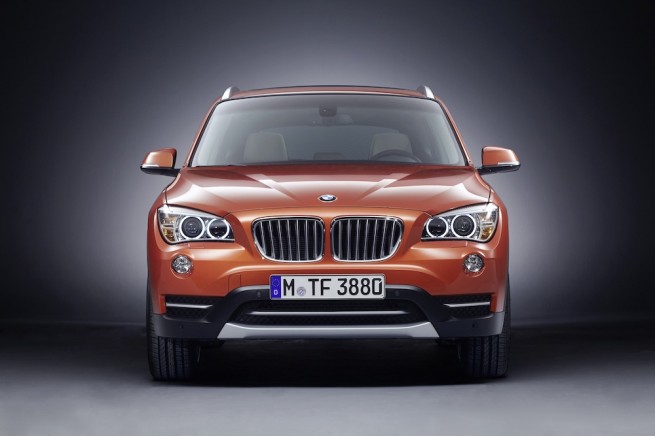 Typical BMW proportions, expressive, vibrant surfaces and signature BMW X model design cues shape the appearance of the BMW X1. A sweeping hood, long wheelbase and set-back passenger compartment emphasize the vehicle’s dynamic talent, while attractive light and shade effects hint at its inherent agility. The versatility and robustness of a BMW X model are reflected in elements such as the black edging at the lower edge of the body and wide wheel arches.

When viewed from the front, the powerful stance of the new BMW X1 on the road and its aura of quality are now accentuated with even greater intensity. A larger number of surfaces painted in body color highlight the vehicle’s enhanced elegance. The path of the vehicle’s lines, which converge on the license plate mount from either side of the BMW kidney and forge outwards in the lower section of the bumper, is borrowed from BMW X models in higher vehicle segments. The newly designed headlights allow a detailed view of the advanced light technology within. And a chrome-coated accent strip now cuts across the top of the twin circular headlights. Meanwhile, an LED accent light – included as part of the optional xenon light package, complete with LED light rings for the daytime driving lights – provides the classic BMW focused look.

The distinctive profile of the X1 is defined by a main character line that rises steadily to the rear of the vehicle while another line visually extends the contours of the side window surrounds as it flows towards the rear. The pronounced side skirts – that are a signature feature of BMW X models and the powerfully bulging wheel arches add sporting flair. Finally, the turn signal indicators are now integrated into the newly designed exterior mirrors.

The premium feel of the new BMW X1 is also underlined at the rear by the new subdivision of fascia, bumper and undertray, with the repositioned reflectors now also bordered by surfaces painted in body color. As a result, the black elements are slimmer, while the silver-colored undertray has a more striking surface structure. 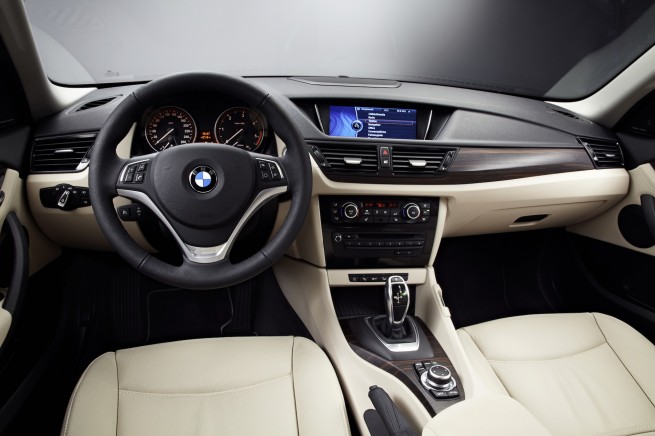 The modifications to the design of the new BMW X1 interior create an even more vivid showcase of the sporty driving pleasure, cutting-edge versatility and premium feel this vehicle provides. The side of the center console angled towards the driver is now shallower, spotlighting the driver-focused nature of the cockpit design.

High-quality electroplated trim surrounding for the gearshift lever and center console cupholders, a chrome strip for the headlight switch and chrome touches for the side edging of the Control Display – when the optional navigation system is specified – all add the finishing touches to the interior’s premium feel. Plus, the air vent surrounds are given a high-gloss black surface.

The BMW X1: more sporting and efficient than ever.
The variants of the BMW X1 offered in the US market will be powered by BMW TwinPower Turbo gas engines. This package of technology consists of twin-scroll turbocharging, High Precision Direct Petrol Injection, VALVETRONIC variable valve timing and Double-Vanos variable camshaft control. In both the award-winning 6-cylinder inline engine under the hood of the BMW X1 xDrive35i – developing 300 hp – and the 240 hp 4-cylinder engine powering the BMW X1 sDrive28i and BMW X1 xDrive28i ensure instantaneous power delivery, impressive acceleration and exceptional efficiency.

Both engines are paired with an automatic gearbox and extensive BMW EfficientDynamics technology. Features including the Auto Start-Stop function (28i only), Brake Energy Regeneration and demand-based operation of ancillary units all help to achieve a blend of performance and fuel economy unique in the market.

The BMW X1 sDrive28i with customary BMW rear-wheel drive and the all-wheel-drive xDrive35i will be offered exclusively in the US market. The intelligent all-wheel drive of the BMW X1 xDrive35i and BMW X1 xDrive28i varies the distribution of drive between the front and rear wheels, as required. This electronically controlled power distribution ensures optimum traction and unbeatable directional stability in all weather and road conditions, as well as noticeably sportier responses through dynamically taken corners.