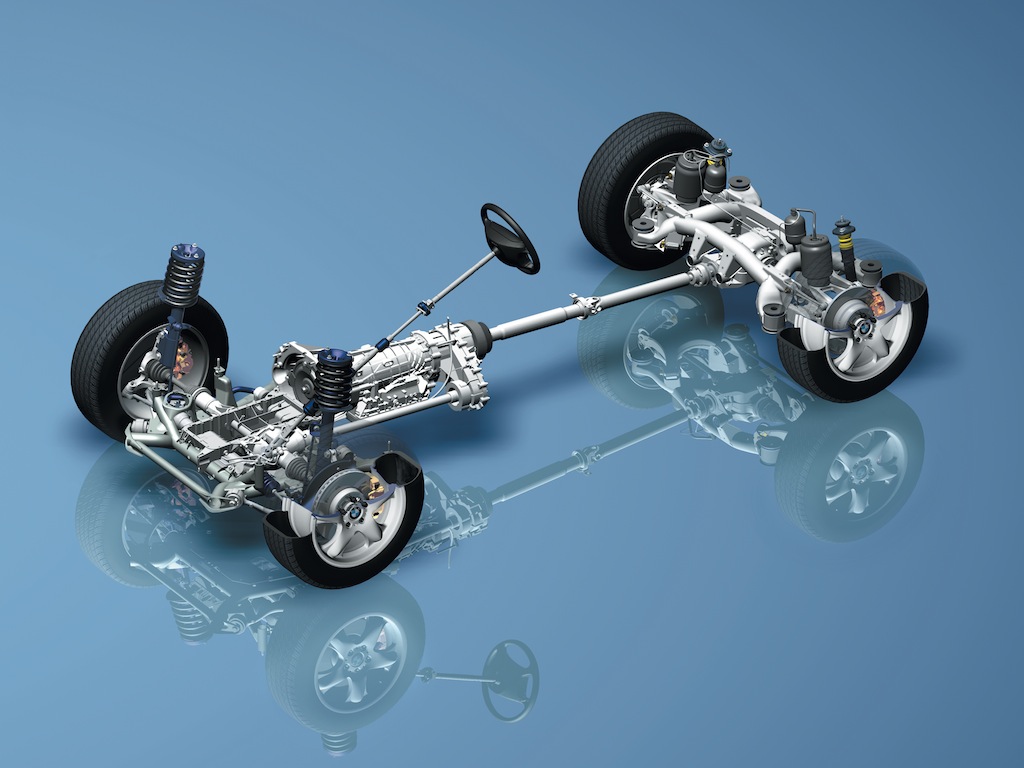 BMWBLOG had the opportunity to interview Holger Jeebe of BMW’s Antriebstrategie (Strategical Aspects, Drive Train) at the Frankfurt
Motor Show. After introductions we jumped right into it. 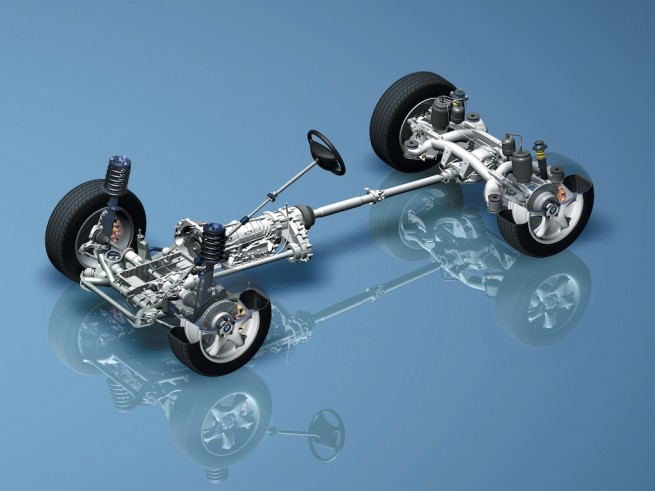 Holger Jeebe – Good question. Currently we have decided to go with a conventional automatic drivetrain with this transmission. The torque converter and hybrid coupling are in use at this time on BMW equipped with the 8 speed automatic.

BMWBLOG – How does the customer benefit from run-flat tires?

Holger Jeebe – The decision to use run-flats was made for safety. Run-flats allow the customer to go into the next service area without having to stop on the side of the road, which is dangerous. The comfort of run-flats has increased with each generation and we find that, especially for the road conditions, that run-flats are the best compromise for delivering security [peace of mind – Ed.] and comfort. Run-flats are continuing to improve.

BMW has a car/tire specification. We test extensively and the tires are developed with the car. We recommend that tire for the car when tires have to be replaced.

BMWBLOG – The three cylinder engine should be coming into production soon along with more diesels. How do you maintain the emphasis on the premium experience with these engine offerings?

Holger Jeebe – We feel that the engine and powertrain combination has to be fitted to the car. What we know is that the biggest advantage of a three cylinder engine is better fuel consumption and less carbon dioxide emissions. And we believe that this is a step in the right direction.

Also we think that a three cylinder offers a little bit more emotionality than a four cylinder because at least it is a “half-six” and it has a better sound. That, we feel, is the right step especially for smaller class cars. So fuel economy and emotionality is a typical and really smart BMW approach.

I guess the United States won’t get the three cylinder that early because you won’t get small cars that early. But it hits the sweet spot of the market, right in the middle, especially in Europe. And also in countries where you have really tough carbon dioxide regulations.

BMWBLOG – What does the e-brake limited slip differential bring to the customer as opposed to an M-type differential?

Holger Jeebe – Well at least you don’t need to add additional weight into the car with that method of providing a limited slip differential. You can control it electronically with a better response we feel. But of course it has little influence on the brakes [wear – Ed.] but the whole package is better for the customer.

Holger Jeebe– FWD is a good solution for small cars. It offers less weight and especially if you combine it with modest performance (not high performance) you can deliver a good total vehicle driving experience. It offers more room for a given space and by keeping weight down fuel consumption is better.

So it started with Mini and we are looking at FWD. It has advantages especially for small cars. On bigger cars it’s a different story, for instance the 3 series is an icon. Sporting cars in the smaller segment will retain standard drive. [RWD – Ed.]

BMWBLOG – If we were to start a company would I want A&B class cars to be FWD and bigger cars to be rear wheel drive (RWD)?

Holger Jeebe – I think, if you are founding a company, smart solution.

BMWBLOG – The amount of power that can utilized by the front wheels . . .

Holger Jeebe – Is somewhat limited. About 130 to 150 kW can be transferred to the front wheels. If we are talking about more power then we are looking at all wheel drive (AWD) or RWD.

BMWBLOG – AWD can be done using different approaches. One of your competitors uses a longitudinally mounted engine for FWD applications and then offers AWD also on the same platform. That has, in the past, led to less than ideal weight distributions. What does BMW see as the appropriate solution for AWD?

Holger Jeebe – The solution we  offer is well balanced. It is well balanced from a performance/dynamics perspective and it delivers the same driving and handling performance as the RWD cars. We don’t have high friction conditions all year, especially in the north of the US, snow and ice in particular. I think we have a high take rate of our AWD cars there.

BMWBLOG – How does xDrive differ from other AWD implementations?

Holger Jeebe – It’s electronically controlled and it’s fast. It detects quickly where the torque has to go and we think it is one of the best AWD systems worldwide.

BMWBLOG – Software is a big part of the drivetrain. How does it all work together?

Holger Jeebe – We have internally a  master system, integrated chassis management which controls the various systems.

BMWBLOG – Will we see more electronic controls in the future that takes advantage of the capacity of the FlexRay bus?

Holger Jeebe – Yes, yes! We are trying to use information from outside the car, for example, to make fuel consumption better. So we are trying to combine navigation data with powertrain data to give the customer better fuel economy. It can anticipate, for instance, speed limit changes and make the best use of fuel to maximize economy.

And with that our time with Herr Jeebe ran out. Thank you to all who made this possible and especially to Herr Jeebe for answering our questions.