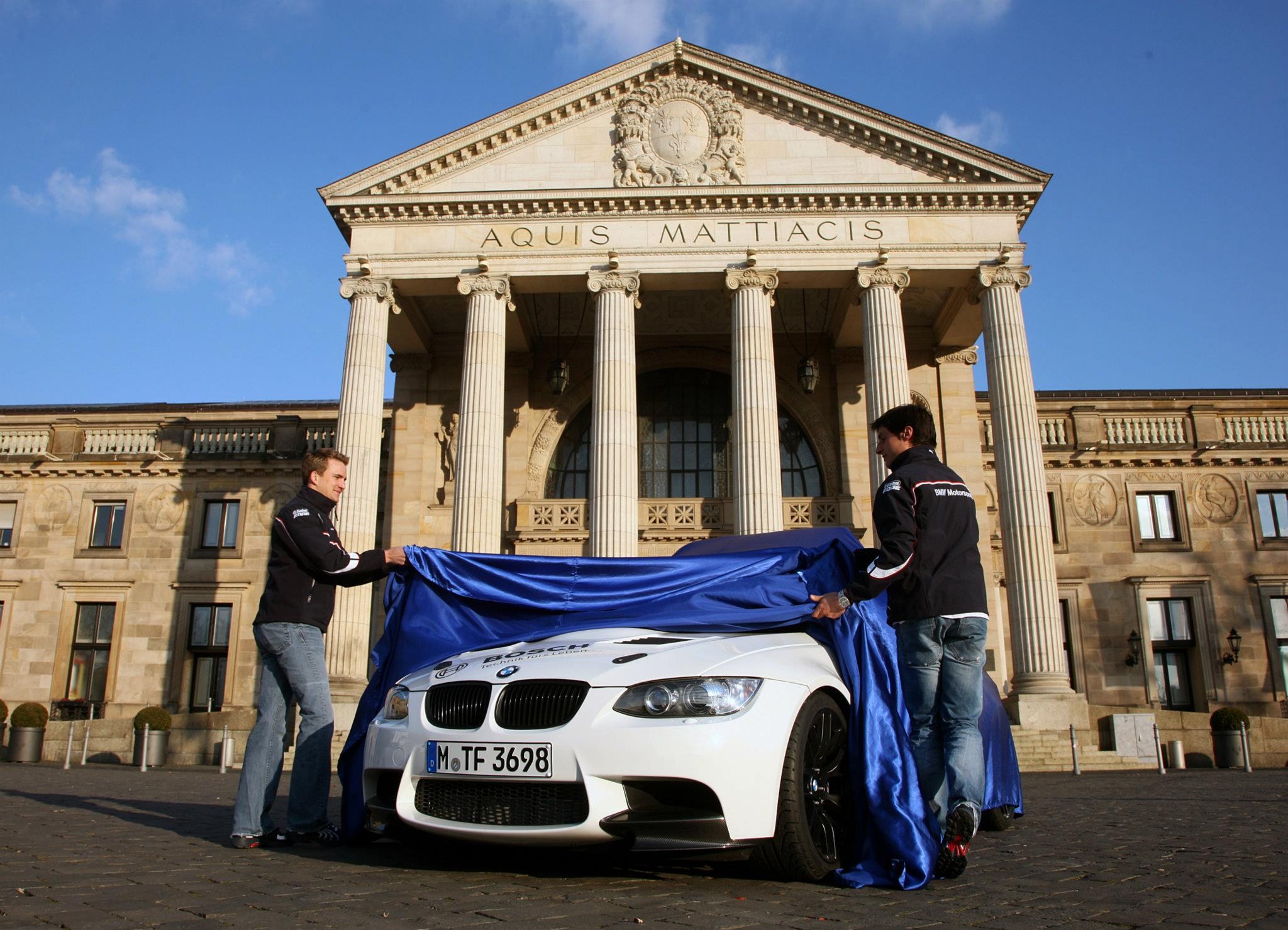 BMW Motorsport was a prominent feature in many regards at the Stiftung Deutsche Sporthilfe’s “Ball des Sports” on Saturday evening. The arrival of BMW Motorsport Director Jens Marquardt, along with BMW DTM drivers, Bruno Spengler (CA) and Dirk Werner (DE), was in keeping with the occasion: they and their partners pulled up to the Rhein-Main-Hallen in Wiesbaden (DE) in the new BMW M3 DTM Safety Car. Based on the BMW M3 GTS, the car was specially modified by BMW M GmbH for use on several DTM race weekends over the course of the 2012 season. The modifications included the use of many products from the new BMW M Performance Accessories range. The most spectacular changes are the orange lights on the roof of the car, which are typical of Safety Cars, and the bolted, steel-pipe safety cell.

When it came to the tombola, which is held every year at the event, the lucky winner could be delighted with a very special prize: Marquardt presented her with the keys to a BMW 328i from the “Sport” line. The BMW Group had donated the saloon, worth 57,000 Euros, to the Stiftung Deutsche Sporthilfe foundation. 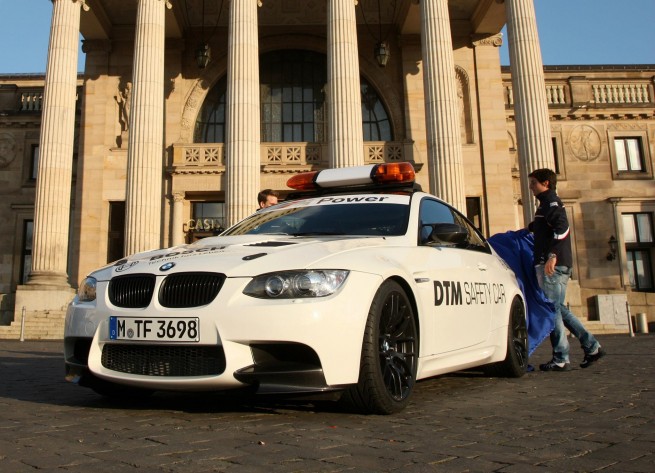 “Not nearly all top athletes are able to reap the rewards of their many years of hard work over the course of their career,” said Marquardt. “Their excellent sporting performances deserve even greater respect and make them role models for the young generation. For this reason, BMW was more than happy to support the tombola and therefore the valuable work of the Stiftung Deutsche Sporthilfe. That is how it should be among sportsmen and sportswomen – we know full well from our intensive preparation for the return to the DTM what it means to be competitive at the highest level. This iconic event also provided us with the perfect stage for the debut of our BMW M3 DTM Safety Cars. It is not every day I get to drive from the hotel to the Rhein-Main-Hallen in a car like that.”

The BMW 328i up for grabs in the tombola impresses with its sportiness. The new BMW 3 Series Saloon marks the first occasion that three lines have been available in addition to the basic version. The “Sport”, “Luxury” and “Modern” lines allow the customer to individually configure the appearance of his car to meet his requirements. When it comes to quality, coherent design and individuality, the new BMW lines far exceed previous ranges in the premium class.

The Stiftung Deutsche Sporthilfe has been supporting non-commercial, Olympic sports with its socio-political approach since 1967. It assists athletes whose performances and behaviour make them national and international role models and promote the mass sports movement. For over 40 years, the ball has raised six-figure sums for Deutsche Sporthilfe, with the money benefitting talented young German athletes.

Antiroll bar: from B column, bolted 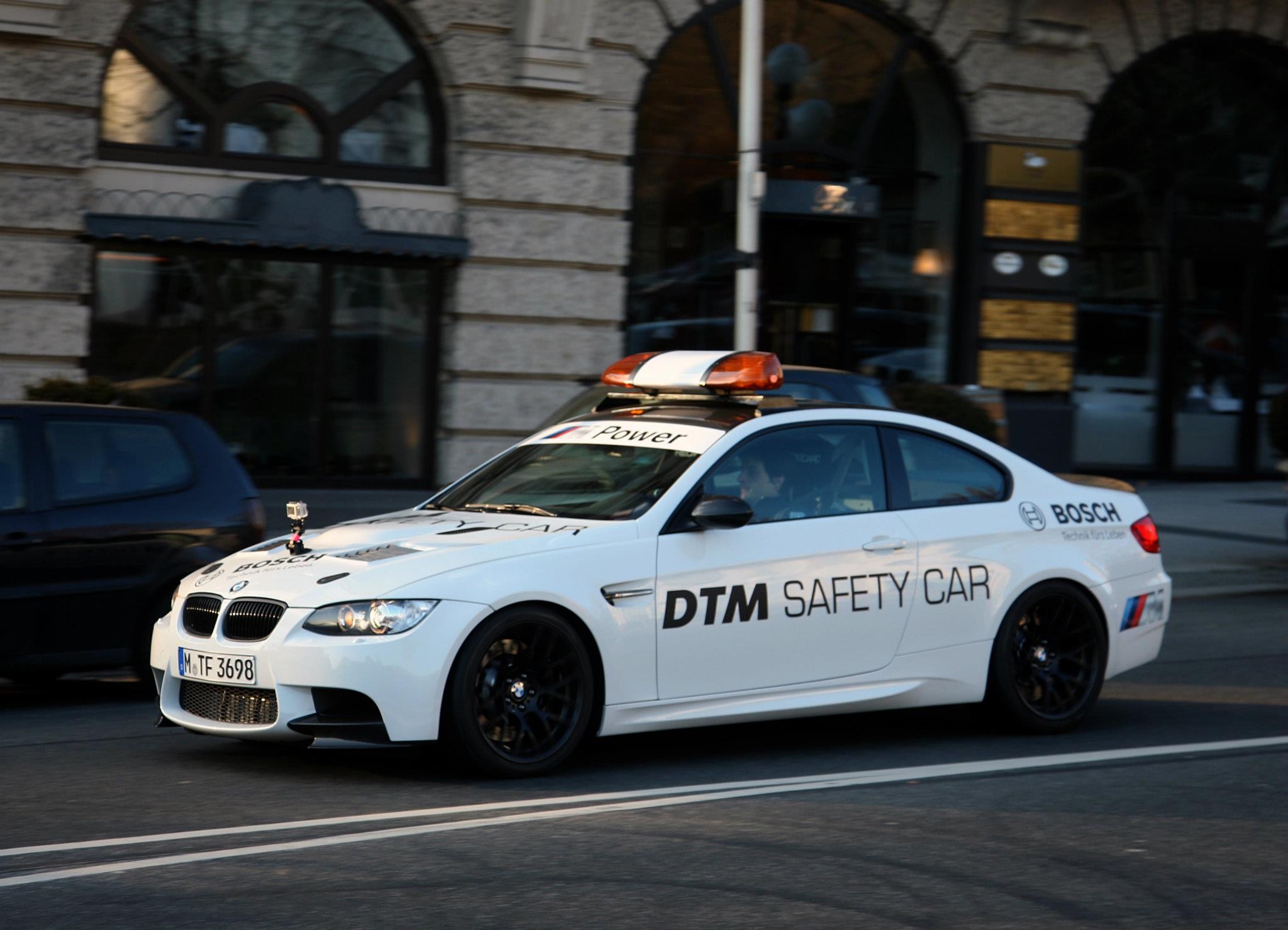 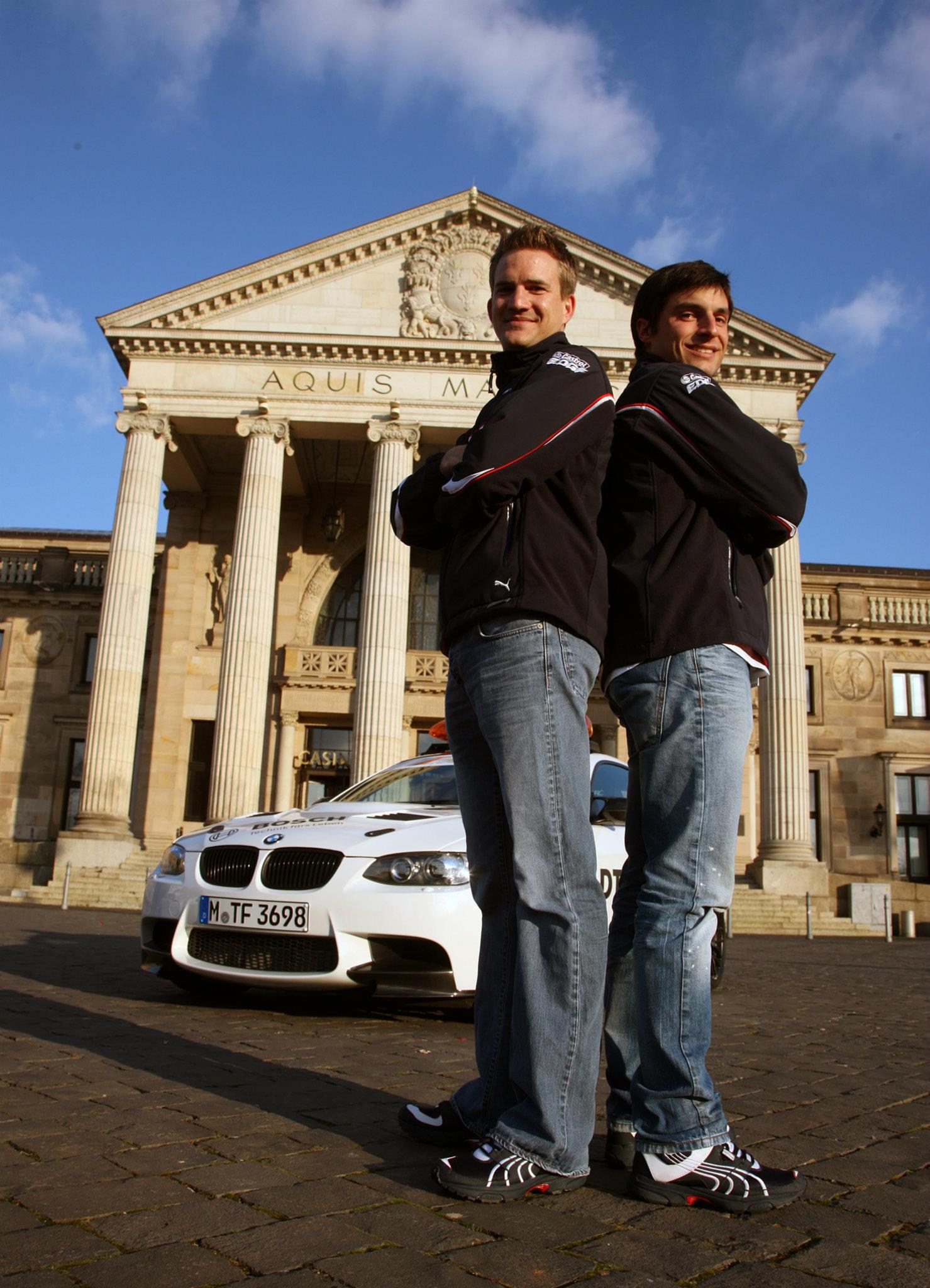 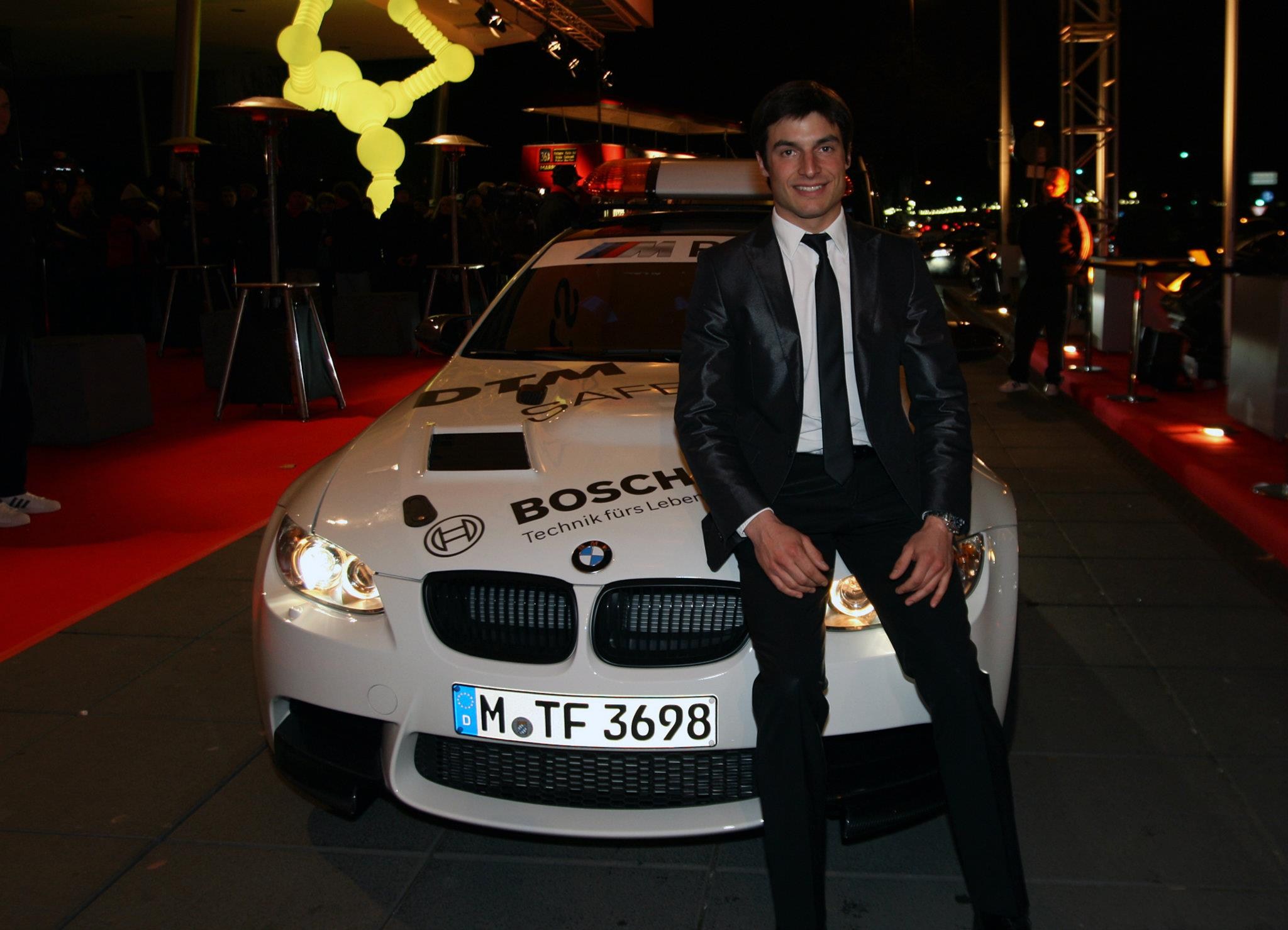 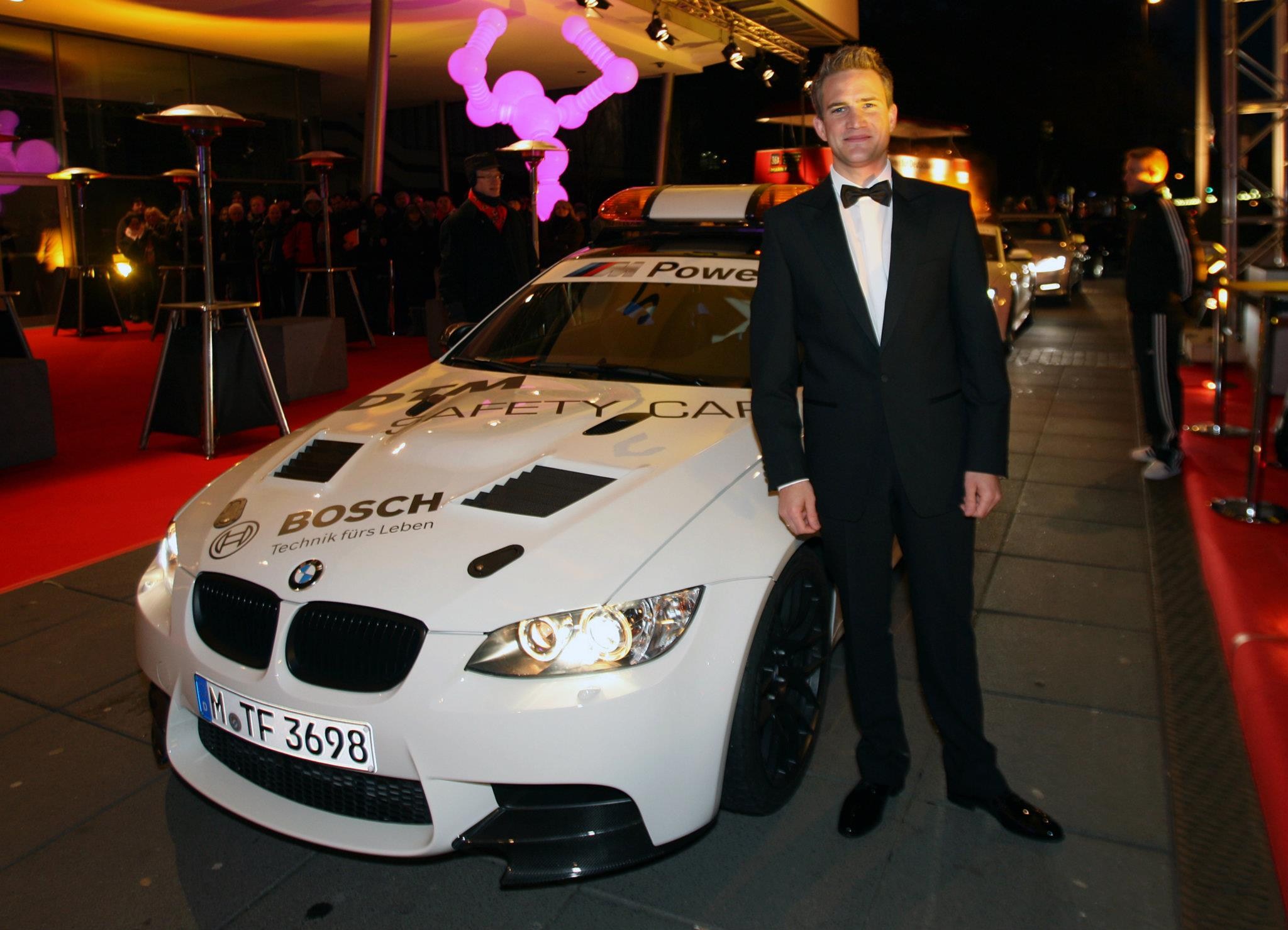