BMW of North America will introduce its new brand advertising on Saturday, reinforcing its image as “the ultimate driving machine” as it introduces 14 new models in the United States this year.

BMWNA will being a new brand advertising campaign on Saturday. The “Ultimate Driving Machine” slogan returns replacing the highly-controversial “Joy” ads that ran for the past two years.

BMW’s new ad agency, Kirshenbaum Bond Senecal & Partners, is responsible for the creative work and will debut its first 30-second TV spot on NBC during the NFL’s wild-card games. The new spot will also run during prime-time programs like “House,” “The Big Bang Theory,” “Modern Family” and “Law and Order: SVU” on the Fox, CBS, ABC and NBC networks. It also will run nationally on cable channels throughout the year. 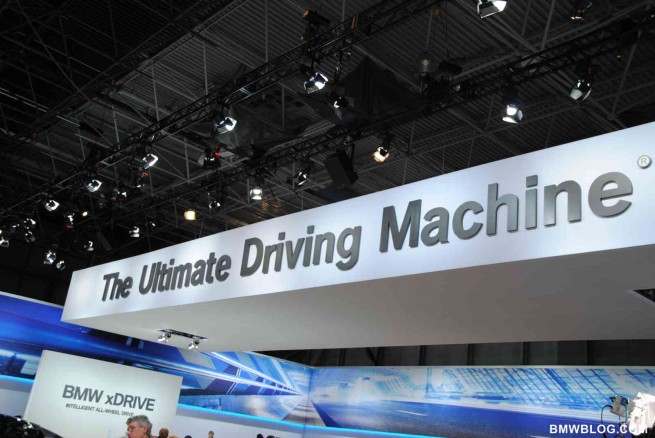 The new spot starts with the almighty BMW M3 Coupe GTS, followed by the X5 SAV, the brand’s future, the i8, and the flagship, 7 Series and ends with a quick succession of other BMW models. The voice-over and imagery showcases the dynamics and sportiness of BMW’s line-up: “We don’t make sports cars. We don’t make S.U.V.’s. We don’t make hybrids, and we don’t make luxury sedans. We only make one thing, the ultimate driving machine.”

According to Dan Creed, vice president of marketing for BMW of North America, the company plans to introduce 14 models in 2014: “We’re in the middle of an extremely significant product offensive.”

For New York Times, Ed Brojerdi, co-chief creative officer of Kirshenbaum Bond Senecal, said the agency was dealing “with one of the most iconic taglines in marketing. We needed to make sure the marketing is as encompassing as the portfolio. Big brands have a focused point of view, they stand for something. BMW evokes the joy and passion for driving, sheer driving pleasure.”

According to Trudy Hardy, manager of marketing for BMW North America, the ad is aimed at the company’s “normal buying demographic,” men and women age 35 to 54.

To properly market the vast upcoming line-up, BMW will increase their advertising budget which totaled $109 million in the first nine months in 2011.

Christopher Cedergren, managing director of Iceology, a Los Angeles consulting and research company, is also a proponent of the “Ultimate Driving Machine” and very vocal about the previous “Joy” ads. “The previous campaign was too nebulous. It blurred the image of the BMW brand, made it too much like its competitors. It kind of walked away from its positioning about its driving performance,” said Cedergren.

Christie L. Nordhielm, an associate professor of business administration at the Ross School of Business at the University of Michigan, puts BMW on the same pedestal as Apple: “In a sense is the Apple of the automotive industry. Apple delivers great user experience across products, and BMW delivers an exceptional experience across all types of automobiles.”

BMW’s first use of the “Ultimate Driving Machine” slogan dates back in 1975 and it was created by Martin Puris, then the CEO of Ammirati & Puris.

9 responses to ““The ultimate driving machine” slogan makes a comback”