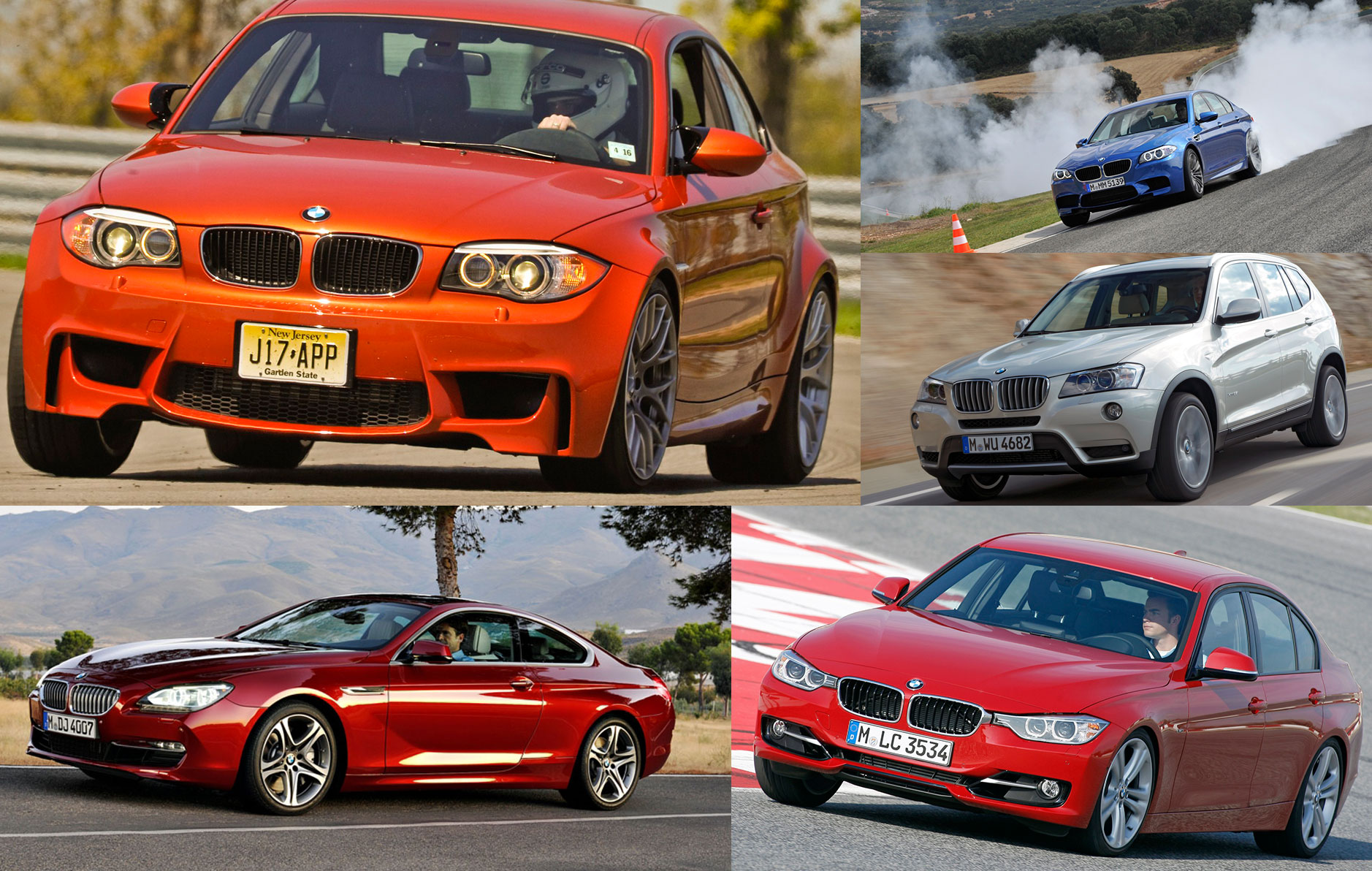 Our second annual Car of the Year Award is upon us, and this year we have an exciting – if slightly predictable pick. Every year BMWBLOG will consider every BMW Group car released for production during the calender year, forward nominations, and crown the one that best exemplifies the ethos and qualities of the brand.

Last year we chose BMW’s 740i as the most pure and honest example of Bavarian design. An excerpt from last year’s award elaborates, “With legendary inline-six power onboard, the 740i offers the type of brand purity that personifies its roundel. Whereas the 12 and 8 cylinder models were mighty and powerful to drive, the 740i was “fun.” There is a special honesty, simplicity and character to this car that embodies the magic of the brand – and for that, the 740i becomes our 2010 Car of the Year.” 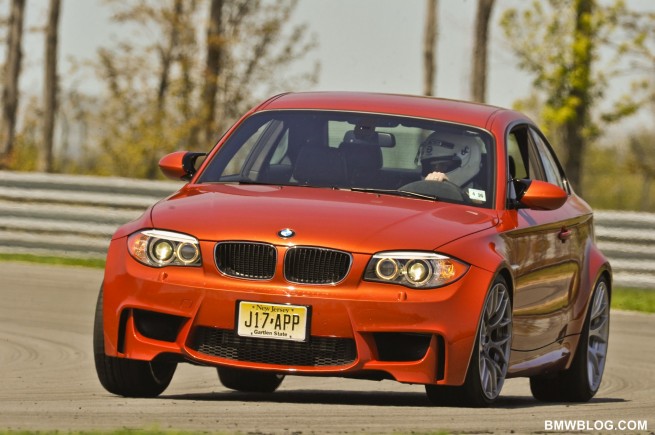 Just as we did last year, we’ve given one vote to each of our staff Editors, and the car with the most votes takes the crown. You can read all of our Editor’s picks and rationale below before voting for your own pick among our finalists at the end of the article. To that end, we also have a 2011 BMWBLOG Reader’s Choice Award, which will air in a separate article once the voting period has concluded. Last year’s Reader’s Choice vote came down to the wire with a three-way tie! BMW’s 740i, 528i, and M3 ZCP (Competition package) shared a very narrow slice of the top step.

You’ll note that this year’s winner was not chosen unanimously among our Editors, but our 2011 BMWBLOG Car of the Year nonetheless wins by a landslide.

Yes, it’s officially the 1 Series M Coupe, but who (other than BMW) has called the car that. Odd when the name of the car is longer than its wheelbase. And that’s just what makes the 1M so good. It is a short wheelbase car with plenty of go!

We’re aware that this isn’t a from-the-foundation-up M. But it isn’t just badging and fluff, the 1M gets the ‘big boy’ suspension bits from the M3 and that transforms the car’s handling. The base 135i understeers when pushed, gets hinky under braking at high speeds, and flexes its butt under accelerative forces. The 1M’s suspension cures that. This is a rock solid car now. More suspension than engine (at last!).

Downside? Well, the motor is a lift from the Z4 sDrive35is (or whatever it’s called), with tweaks to software. That may be due to the fact that the 1M was a ‘submarine’, an internal project that made it through to management’s attention and was greenlighted for production. The timeframes weren’t there, nor the captial, to do a bespoke vehicle.

But, in my mind, the 1m (or, if you will, the 135is M suspension) brings out all that is good with the brand. A nimble, potent car that is at home on road and track. It can carry two in comfort (four in a little less comfort) in style over any road. And it does so at a price that is within reason. And that’s why, with the 6er coupe, the new M5, and other products announced by BMW this year, the 1M is my pick for BMW Car of the
Year.

My vote would instinctively go to the 1M for the same reasons as Hugo, but because it broke the M rule of employing a bespoke M designed engine, it’s disqualified in my books.. sorry to be a stickler.

My vote would have to go to the M5. It’s the best M5 yet as a total package. It ushers in BMW’s new age of turbos in spectacular fashion and sets the tone for M cars of the future. It’s passionately BMW and uncompromising in every respect – from performance to efficiency, and raw feel. The car is connected like no other BMW released this year. It has that special “it” factor that most recent BMW’s – even M cars – have been missing. There is an “aura of awesome” that glows around it in person and when you drive it at speed – it makes a disciple out of you. For all of its passion, purity, and top-shelf performance, the M5 is my pick for BMW Car of the Year.

A very, very close second – nearly a tie actually, would be the F20 1 series. It’s a BMW for all; it’s fast, fun, good looking in person, light weight, efficient and extremely modern and practical. It’s a car for 2012.

I’m not going to try to argue against the strength of the 1M.

However, I will throw in the ring my nomination for the N20-powered Z4. It’s too expensive but it’s a fun little car and represents the future of BMW well with the smaller, torquey engine. I’m guessing the 3 Series will take it next year but I think the Z4 entry is a good little car if even a bit understated for its fun factor. Besides, it looks like us Yanks better get used to the idea of a 4 banger!

My vote goes to the 1M for two reasons: It’s the first M car that I feel a true connection with – could it be the crazy orange paint or the tight body that reminds me who’s in charge? Second, simply because it’s limited, special and it just owns the track.

On the serious side, it’s an M car that reminds you what BMW is all about and why I fell in love with the brand before I even thought about launching BMWBLOG. For me it’s the real lesson of BMW history and heritage.

The 1M is by far the most exciting, fun and most “pure” of BMW’s to come out in a long time even though it doesn’t have a truly bespoke engine. For me it brings back memories of a simpler time, where the recipe’s ingredients can all be pronounced and together form a fat-free, hearty, satisfying experience.

My second choice naturally would be the F10 M5. As it’s already been pointed out, it keeps getting better and better and sports that rare “aura” of awesomeness.

There’s more to say but I’ll limit myself to that!

My vote for BMW of the year is the 1M. For much of the same reasons as given above. It shows BMW is still capable of building a lightweight, nimble 2-door 4-seater with amazing capabilities. Even though the market called for more to be built, I understand why the volume was low.

My runner up is the F10, in particular the M5. No secret that I believe the M5 is the best sedan in the world PERIOD!!! The M5 embodies the executive sedan with race car performance. A bouncer in a three piece hugo boss suit!

I vote for the new 3 Series. With almost 400,000 units sold in 2010 (nearly one third of all BMW cars sold worldwide), the 3 Series is the best sold BMW car in the world, and thus the most important from sales point of view. Generation by generation, the car imposed itself as a standard in the premium middle class/compact executive segment.

The new 3 Series is a safe bet for BMW; BMW brings nothing radical in terms of design or technology, but the car is bigger, better, has a meaner look and delivers the elegance and sportiness that are highly awaited and appreciated by the customers.

The car builds on the heritage of the previous generations and improves on nearly every aspect, from styling, interior design, trims and materials, interior space to technologies. Plus the aggressive look, craved by all BMW fans. The new BMW 3 Series is ready for success, and it will prove that BMW has another winner on their side, another class benchmark.

Now it’s YOUR turn to name the 2011 BMWBLOG Reader’s Choice Award winner! Please click your nomination from the list below. 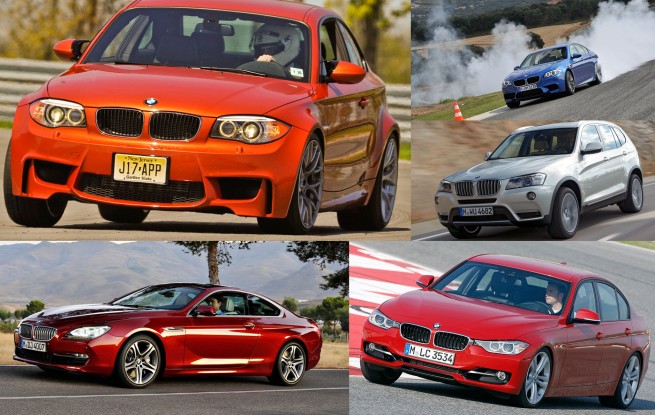