Earlier this month BMW unveiled their first four-door coupe: the 6 Series Gran Coupe. The 6 Series Gran Coupe goes on sale in the U.S. in June 2012 and will be offered as three distinct models: BMW 640i, 650i and 650i xDrive (the latter two launching in late summer 2012).

With a pricing point and dimensions similar to the entry-level 7 Series short wheelbase, the choices for buyers are becoming more interesting. In our opinion, the two vehicles cater to different demographics, but nonetheless, an overlap will occur at some point. Both vehicles are optioned and limited the same way, and the base price will be in the same ballpark.

But let’s have a closer look.

The 4+1 seat addition to the 6 Series line combines stunning proportions, design and driving dynamics of the 6 Series Coupe with interior room and amenities for up to five passengers. The 6 Series Gran Coupe will cater to buyers looking for a sporty and sleek-looking BMW without sacrificing interior space and storage; think along the line of hipsters with bespoked tailor suits and with a sense of appreciation for luxury and design. We believe the 6 Series Gran Coupe will become a usual presence at valet parking in cities like New York, Los Angeles or Miami. 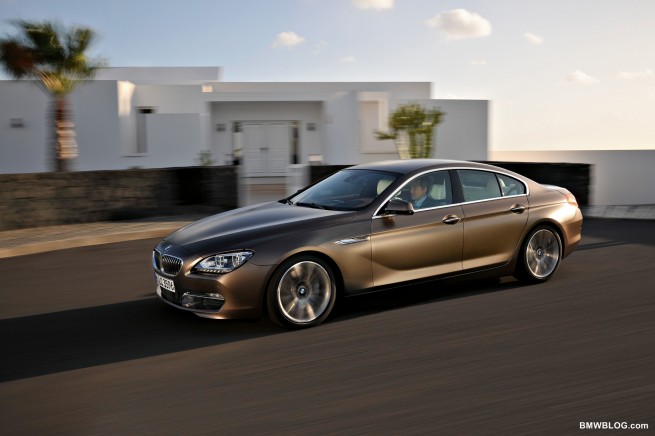 The longer, but sleeker and muscular new 7 Series came to market in 2009 to correct some of the shortcoming of the previous generation 7 Series. As our own Hugo Becker points out, the 7 Series is a mature sedan and a car for rear passengers. The buyers’ demographic for the 7 Series is also quite different from the 6 Series Coupe and now the new 6 Series Gran Coupe, with your usual driver identified among corporate executives, political dignitaries, A list celebrities, or anyone with money that enjoys the ultimate luxury and sportiness in a BMW.

Now let’s have a look at the dimensions of the two models.

Both models are nearly identical in width and separated by 2 inches in length, with the dimensions advantage clearly going to the 7 Series.

The longer wheelbase gives the 7 Series more rear room for passengers, as well as a bigger trunk space.

With all these facts in front of you, which one would you buy: BMW 640i Gran Coupe or the 74oi SWB?