Earlier today, BMW unveiled their latest addition to the 6 Series family: Gran Coupe. The first BMW with four-doors and coupe-like design to enter production, will launch in summer of 2012 and will directly compete with the Audi A7 and Mercedes-Benz CLS.

The 4+1 seat addition to the 6 Series line combines stunning proportions, design and driving dynamics of the 6 Series Coupe with interior room and amenities for up to five passengers. The 6 Series Gran Coupe goes on sale in the US in June 2012 and will be offered as three distinct models: BMW 640i, 650i and 650i xDrive (the latter two launching in late summer 2012).

This new interpretation of the traditional BMW Coupe proportions is embellished by lines and surfaces inspired by the movement of waves. Flowing lines and harmonious curves create a feeling of athletic grace which underline the opulent character and elegant appearance of the four-door BMW. 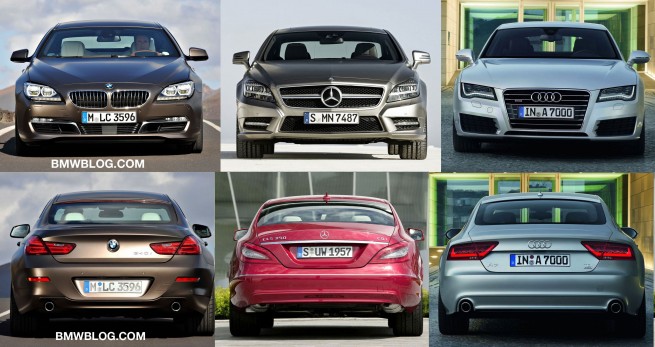 The expressive front end is dominated by the large and slightly forward-slanting BMW kidney grille. The grille emphasizes the car’s sporting pedigree with a broad, flat design, and creates a visual connection with the engine nestling behind. The kidney grille slats, angled slightly towards the top, lend additional emphasis to the front end’s “shark nose” character. The contour lines of the hood converge towards the kidney grille, forming a V-shape which is continued by the contours of the headlights, kidney and wide air intake to give a road-focused look. 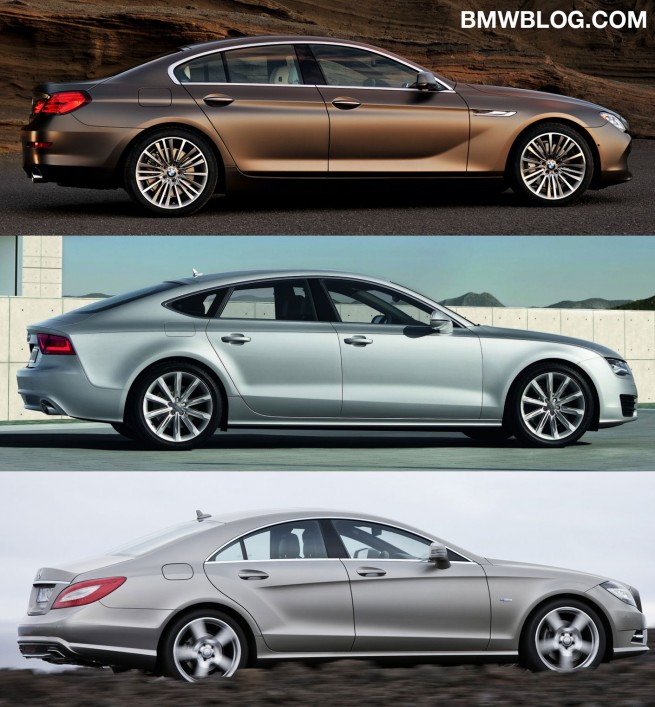 The interior of the BMW 6 Series Gran Coupe reveals the driver-focused cockpit design typical of the brand and a luxurious ambience for all those on board. The central section of the instrument panel is angled slightly towards the driver and the gear selector for the automatic gearbox, the Driving Experience Control switch and the activation button for the parking brake are all positioned on the surface of the center console which opens out towards the driver.

As always, BMWBLOG puts together a visual comparison between the new model and its competitors. Please leave your comments and votes below.