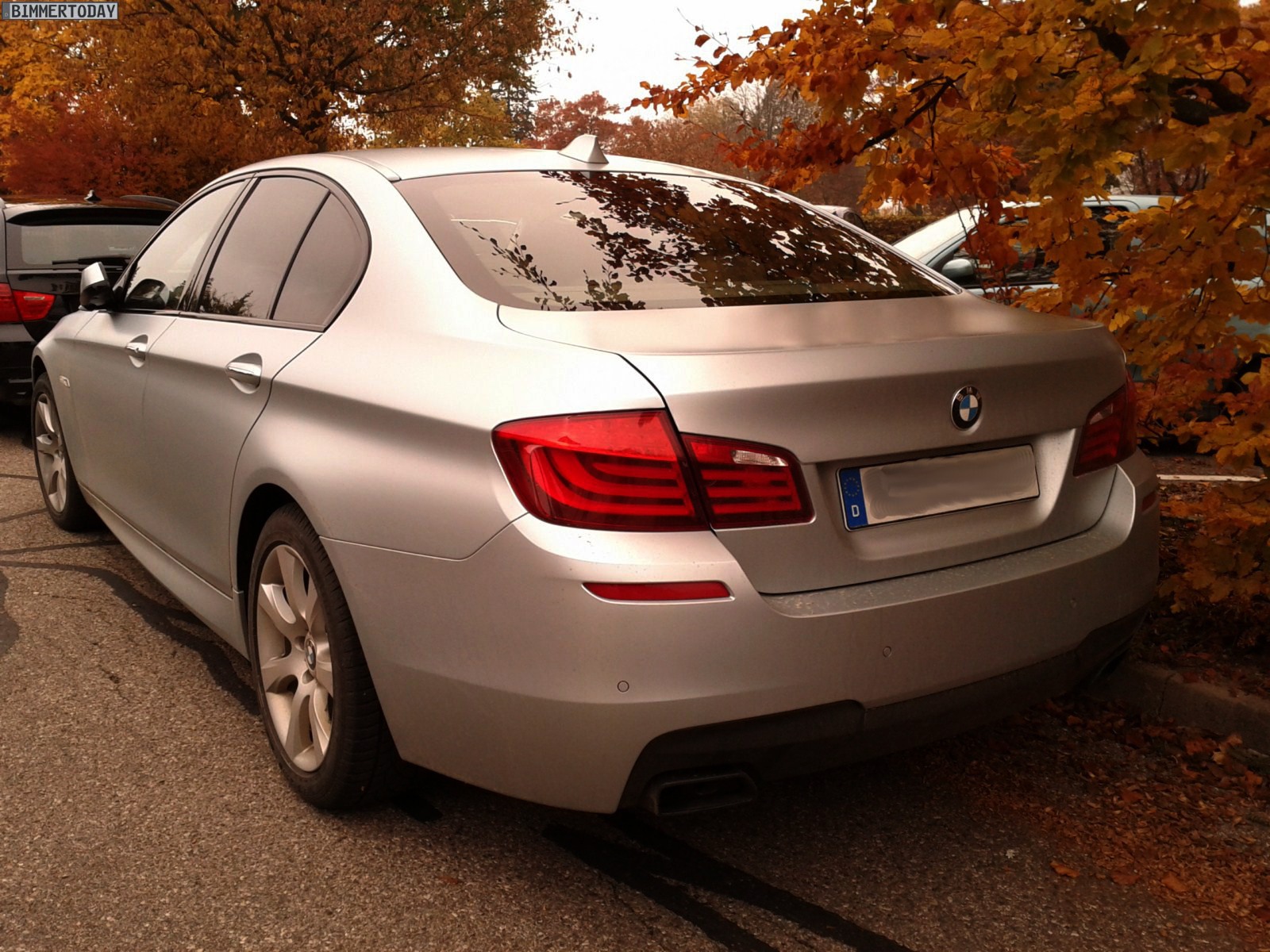 Months ago, BMW announced that several matte paints will be available for the 5 Series with M Sport package. Frozen Black, Frozen Gray and Frozen Silver are the three colors that are now available with the super-sporty package.

The very rare, yet stunning, Frozen Silver was spotted in Germany on a BMW 550i with the M Sport package. The color looks similar to the Artic Silver paint available on the highly-exclusive BMW M3 CRT.

The Frozen Silver Metallic is also available to order on the new M5 and is considered to be an alternative to the matte Frozen Grey. 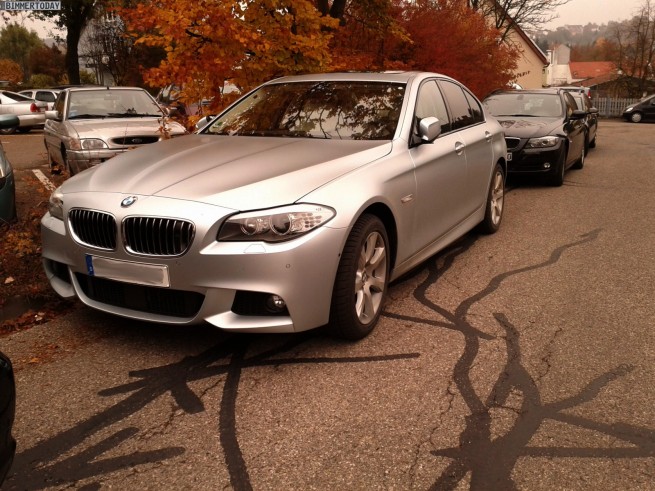 Back in July at 24 hr of Nurburgring, BMW unveiled an exclusive M3 Coupe featuring the same paint job.