Earlier this year, Mercedes-Benz took off the veil of their latest update to the popular C-Class family. The facelifted C-Class launched in 2011 and competes directly with the BMW 3 Series. With the launch of the new 2012 BMW 3 Series, we decided to create a new photo comparison showcasing the design lines of the two vehicles.

Design wise, the facelift 2012 Mercedes C-Class brings small changes to the current exterior design. The tweaks are limited to a new aluminum hood, slightly revised headlights and a set of LED running lights situated below. The distinctive depth of the lights are achieved by LED indicators located in the center that appear to float in front of the more deeply set red LED bands above and below. At the rear-end, the changes are even more subtle.

A continuous character line on the upper edge of the rear bumper runs into the fenders of the C-Class to provide a connection to the sides and emphasizes the sporty character of the rear view.

The interior of the C-class has been restyled to reflect that of the E-class, with an angular instrument binnacle and improved materials. The company’s new telematics system will also make its debut before being gradually introduced to the rest of its model range. The system offers larger LCD displays, music played wireless via Bluetooth and the SMS displayed on the LCD screen.

The styling of the 2012 BMW 3 Series is also an evolution of the previous model. The styling follows the design language seen in the new 5 Series, with concave and convex shapes providing a sporty stance and image. The flanks of the car are shaped by an eye-catching double character line running alongside each other.

At the front, the headlights have been completely redesigned. For the first time, the lights end directly in the kidney grille, providing a 3D look. The kidney grille also inherits the 3D aspect as seen on the new 6 Series.

The rear lights continue the BMW L-shaped design positioned at the outer edges of the rear – accentuate the broad face of the wheels and wide track of the new BMW 3 Series Sedan. 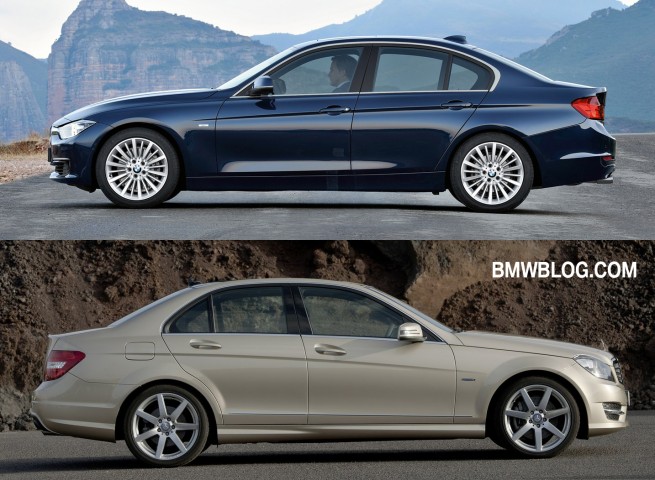 BMW has also redesigned the interior of the new 3 Series. The future model combines luxury with sportiness and different combinations of interior trim can be seen across the three lines: Sport, Luxury and Modern. The driver-focused cockpit is even more emphasized in the F30 3 Series being angled towards the driver by seven degrees.

Take a look at the photo comparison below and share with us your thoughts. 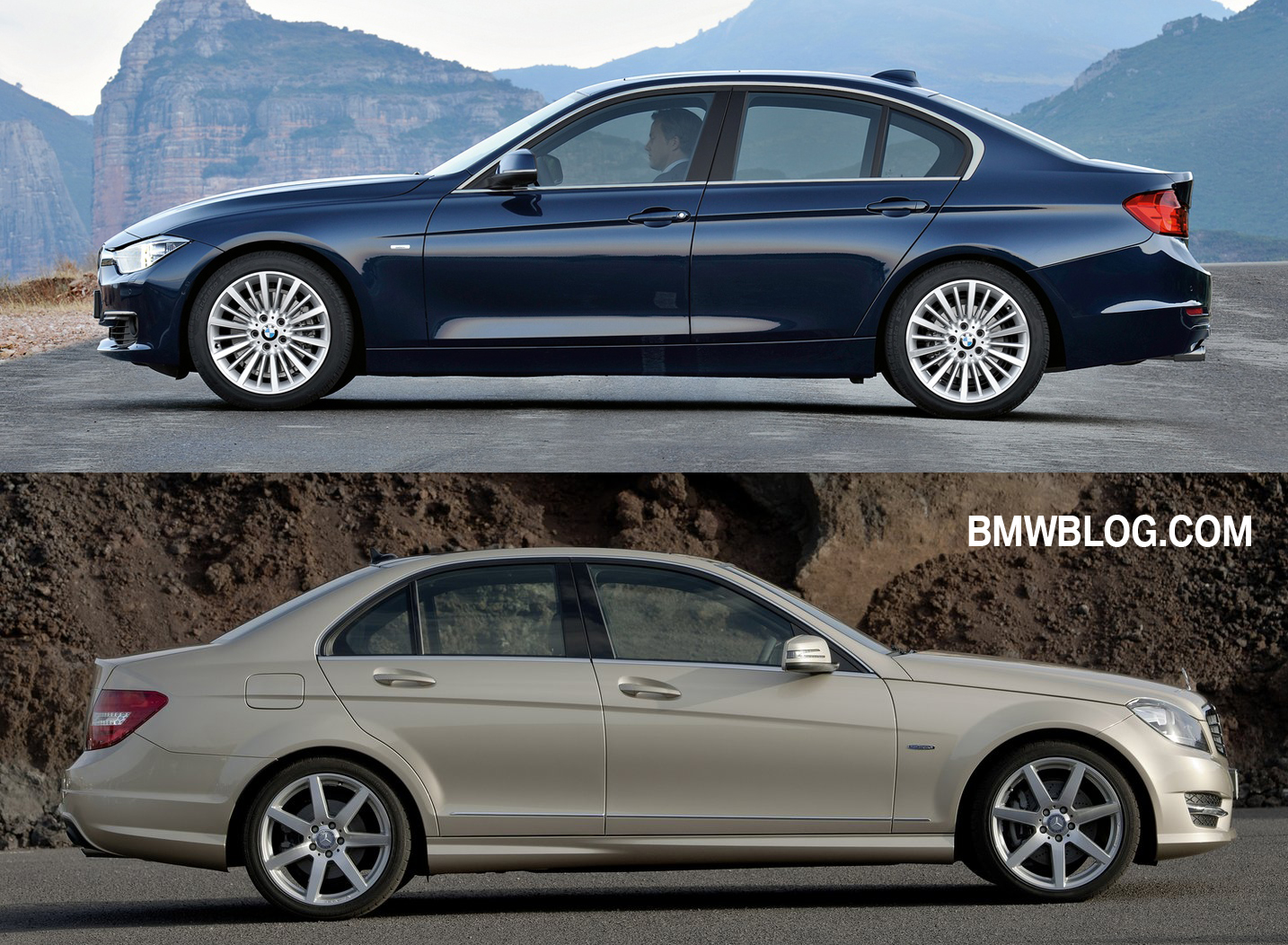 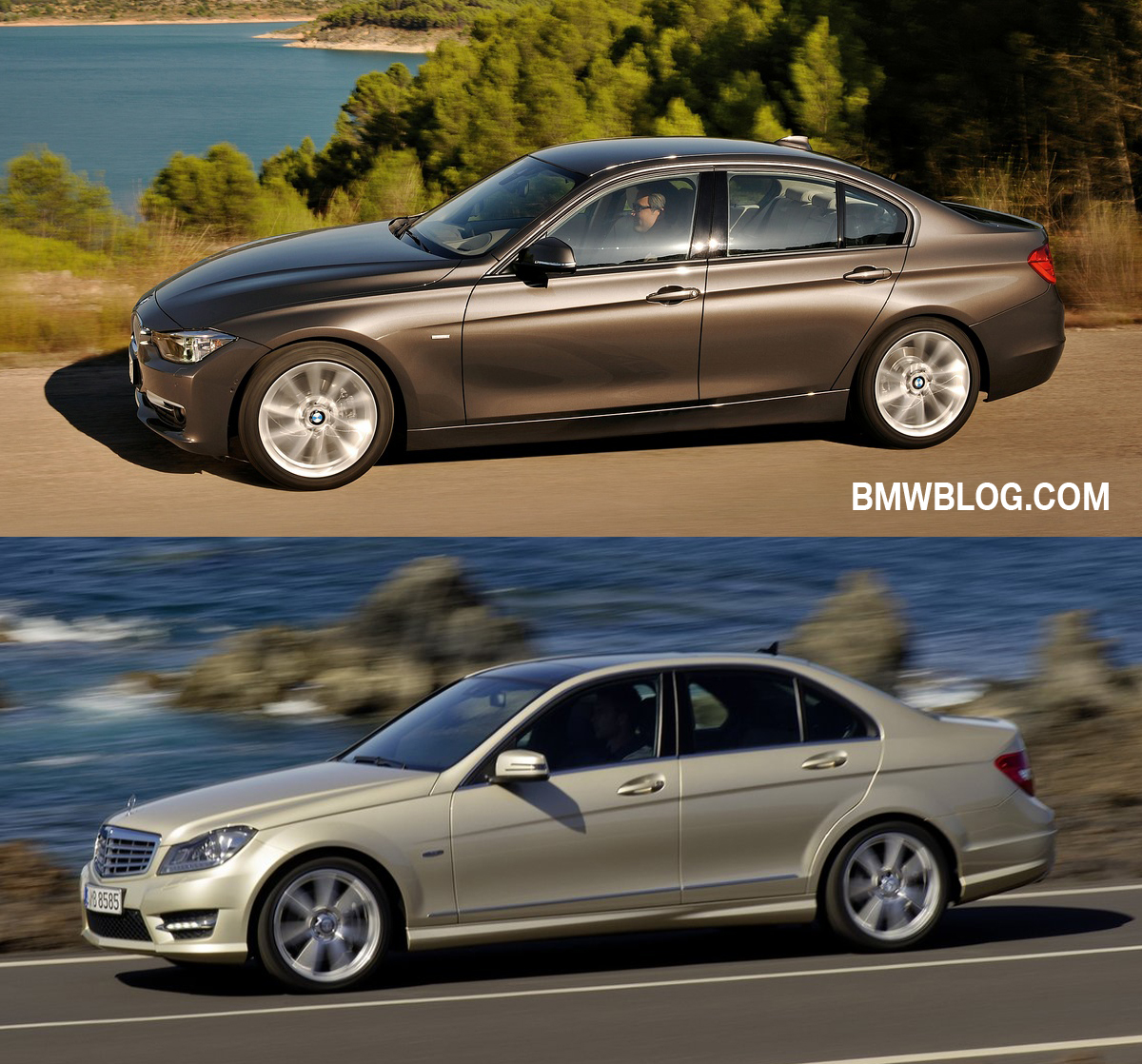