The F30 3 Series sedan represents the sixth generation of the 3er. BMW followed the captivating 2002 with the 3 series, and while the 2002 brought the buzz to the brand, the 3 series brought the sales.

The E36 3er was the last of the truly ‘compact’ 3 series. The F30 may be bigger than the original E23 7 series (a quick check of the numbers show that the wheelbase of the F30 3er is just a smidgen longer than the E23 7er). 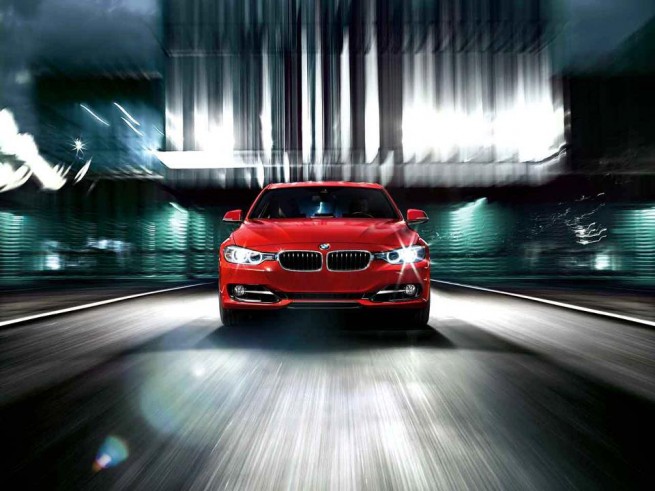 The proliferation of ConnectedDrive ‘apps’ continues. And an odd feature, the trunk opening sensor on cars with Comfort Access, is brought to the 3er. I demo’d the feature in Frankfurt, it would be handy when you have your hands full.

There is no word on when and what diesel engine options will be available on the 3er in the US. My hope would be for a 325d – a fairly quick and exceptionally frugal turbo four. In 525d guise it accelerates decently and returns excellent fuel mileage. It can only be better in the F30 chassis.

The F30 3er gets additional themed ‘lines’. Whereas the new 1er has the base, Sport, and Urban lines available, the 3er gets the base, Sport, Luxury, Modern, and soon the M Sport lines. So is the Modern line a nod to ‘hipsters’? And why can’t we mix and match from the various themes? (Will the 3er be available as a BMW Individual? Maybe the coupe model eventually?)

The move to electrically assisted rack & pinion power steering will cause untold amounts of wailing and gnashing of teeth from enthusiasts. But the fuel economy gains are to significant to ignore. We’ll have to look to see how the next M3 handles power steering – we know how the latest M5 does.

The new 3er has a good sized trunk, almost 17 cubic feet. The ActiveHybrid 3, however, steals some of the trunk space for the battery pack, it chews up about four cubic feet of the available space.

The 8 speed automatic is now available throughout the model lines. It really does help with fuel economy. It is light and adds two overdrive ratios beyond a six speed auto. It shifts quickly and can utilize the fuel saving Active Start-Stop features. I know some folks complain about how the tranny shifts, but what I’ve found is that you have to ‘drive it like you stole it’ to get the most out of it. However, so much for the better fuel economy at that point . . .

I feel as if the 1, 3, 5, & 7 styling has been reined in to set them apart from the i sub-brand and potentially some other offerings that may be in the works. It would make some sense for them echo their commonality visually, especially if you were about to introduce other models that break the mold.

8 responses to “Editorial: Thoughts On the New BMW 3 Series”